SBS’s Friday-Saturday drama “Doctor John” has released new stills of the medical team going out for dinner together.

“Doctor John” is a medical drama that tells the story of anesthesiologists and pain management doctors as they treat their patients for unknown causes to their pain. The drama has been well-received by viewers, rising to the No.1 spot in its time slot.

The upcoming episode will follow the team as they gather for their first company dinner together. They will be led by Cha Yo Han (played by Ji Sung) and Lee Yoo Joon (Hwang Hee) will get everyone gathered to say cheers. Cha Yo Han, Kang Si Young (Lee Se Young), Lee Yoo Joon, Heo Joon (Kwon Hwa Woon), Hong Yeon Jin (Son San), and Na Kyung Ah (Lee Yoo Mi) are all having fun and enjoying their time together. Meanwhile, Kang Mi Rae (Jung Min Ah) has a stoic expression on her face after appearing late. 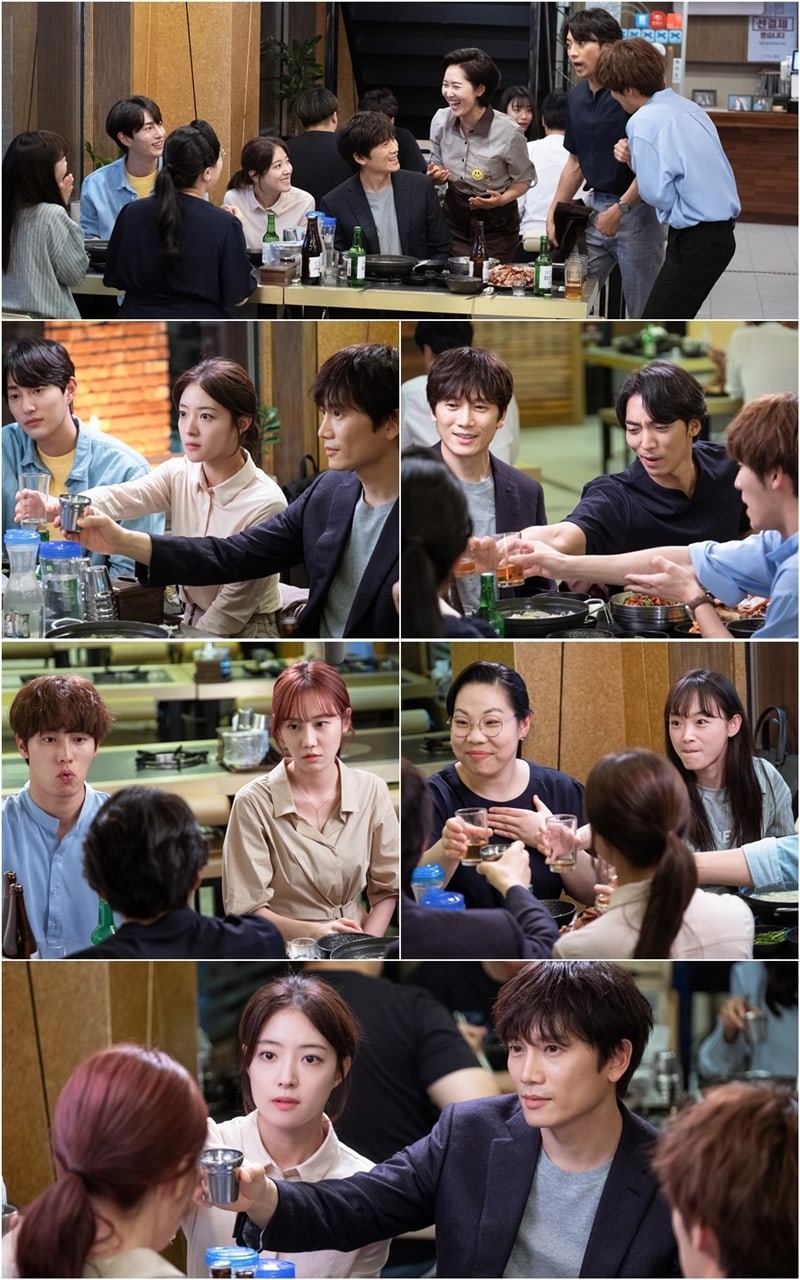 Filming took place in June and the atmosphere was light as the cast laughed and had fun. Though Ji Sung, Hwang Hee, and Kwon Hwa Woon hadn’t had much interaction before the scene, they jumped straight into witty ad-libs and showed great chemistry to create the perfect scene.

The production staff stated, “Everyone’s amazing teamwork will shine in this scene. The team is relaxing for once and enjoying a company dinner together, but please tune in on August 3 to see what’s in store for them.”

Episode 6 of “Doctor John” will air on August 3 at 10 p.m. KST. Catch up with the latest episode below!