It was belatedly revealed that NU’EST’s Aron helped save a young girl’s life on an airplane.

On July 8, NU’EST boarded a plane returning to Korea after attending KCON 2019 NY. According to Asiana Airlines, an eight-year-old girl referred to as Choi also boarded the plane with her mother. Approximately an hour and a half after boarding, Choi developed a high fever and stomach pain and began having a seizure.

Thankfully, a doctor was on board, and Aron stepped forward to help out by interpreting between Choi’s mother and the doctor who did not speak Korean.

A source who was aboard the plane shared, “Aron was also not feeling well due to acute enteritis, but upon hearing about the urgent patient, he ran to the scene and did his best to convey the mother’s words to the doctor.”

After the doctor explained that Choi had to be moved to a hospital as soon as possible, the pilot made an emergency landing at the Ted Stevens Anchorage International Airport, and Choi was able to pass the crisis.

Choi later thanked all the passengers on the plane and sent a handwritten letter with a drawing to thank Asiana Airlines. 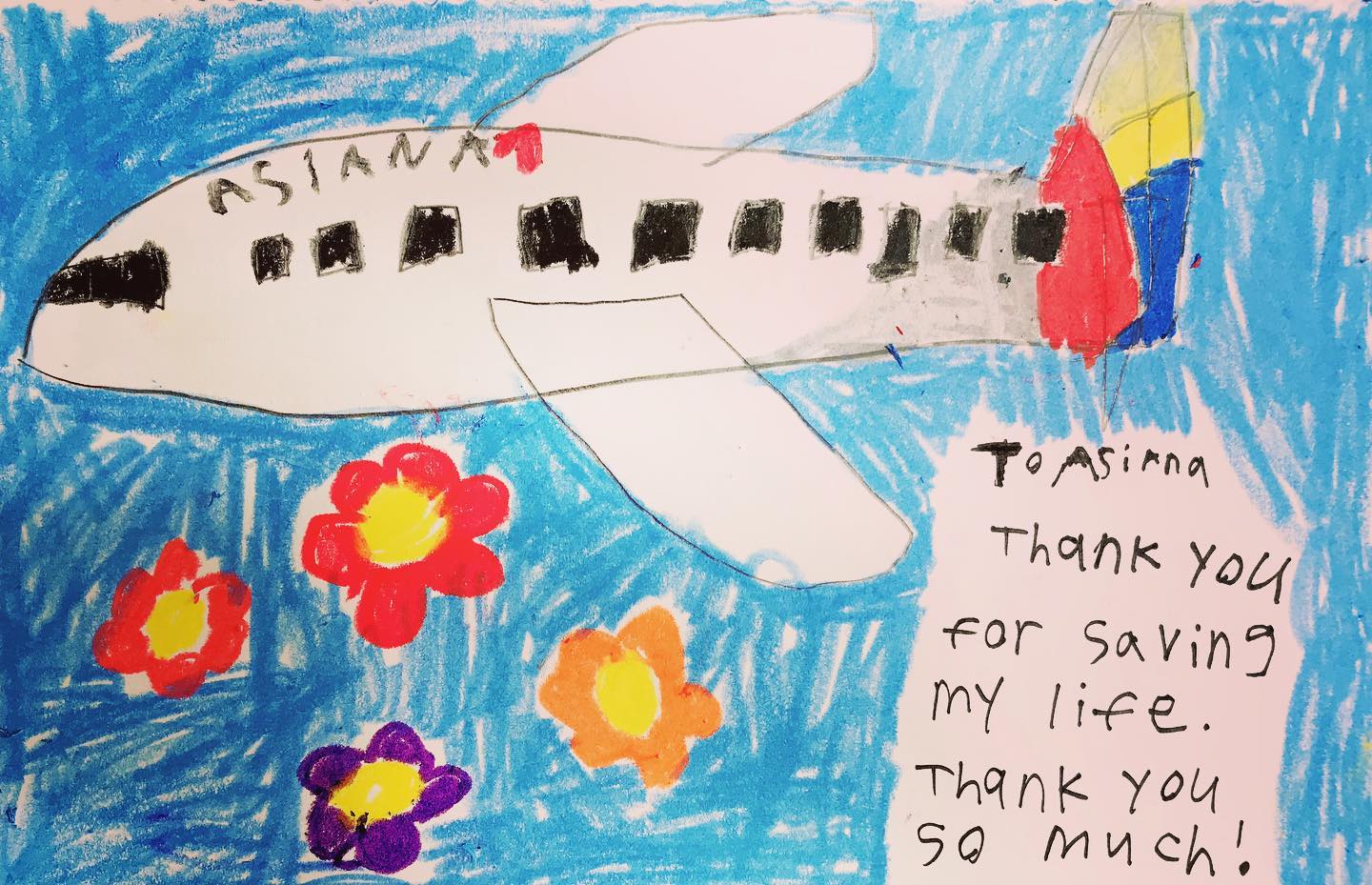 Meanwhile, NU’EST is currently on their “Segno” tour around Asia.

NU'EST
Aron
How does this article make you feel?