This weekend, KCON 2019 NY made history by holding its annual two-day convention and music festival in Manhattan for the very first time. (In previous years, KCON NY was held in Newark, New Jersey—just a brief train ride away from New York City.)

On July 6 and 7, over 55,000 concertgoers lit up New York’s iconic Madison Square Garden during two nights of spectacular performances, and a sea of fans descended upon the Javits Center during the daytime to explore all things K-pop, K-beauty, and K-culture.

Here are a few of the many memorable moments from this year’s event:

The Boyz, SF9, And fromis_9’s Epic Covers Of BTS, EXO, And Red Velvet 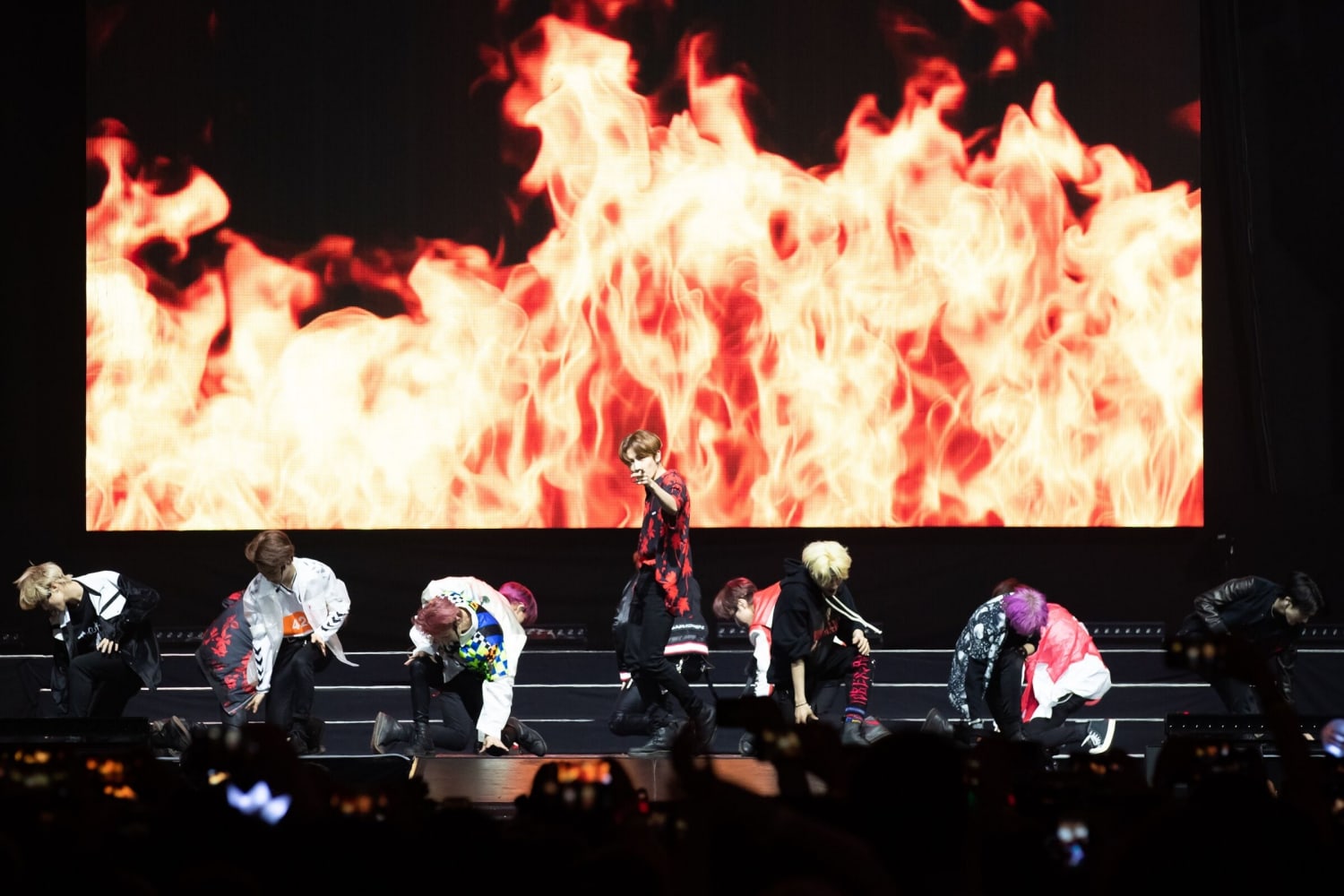 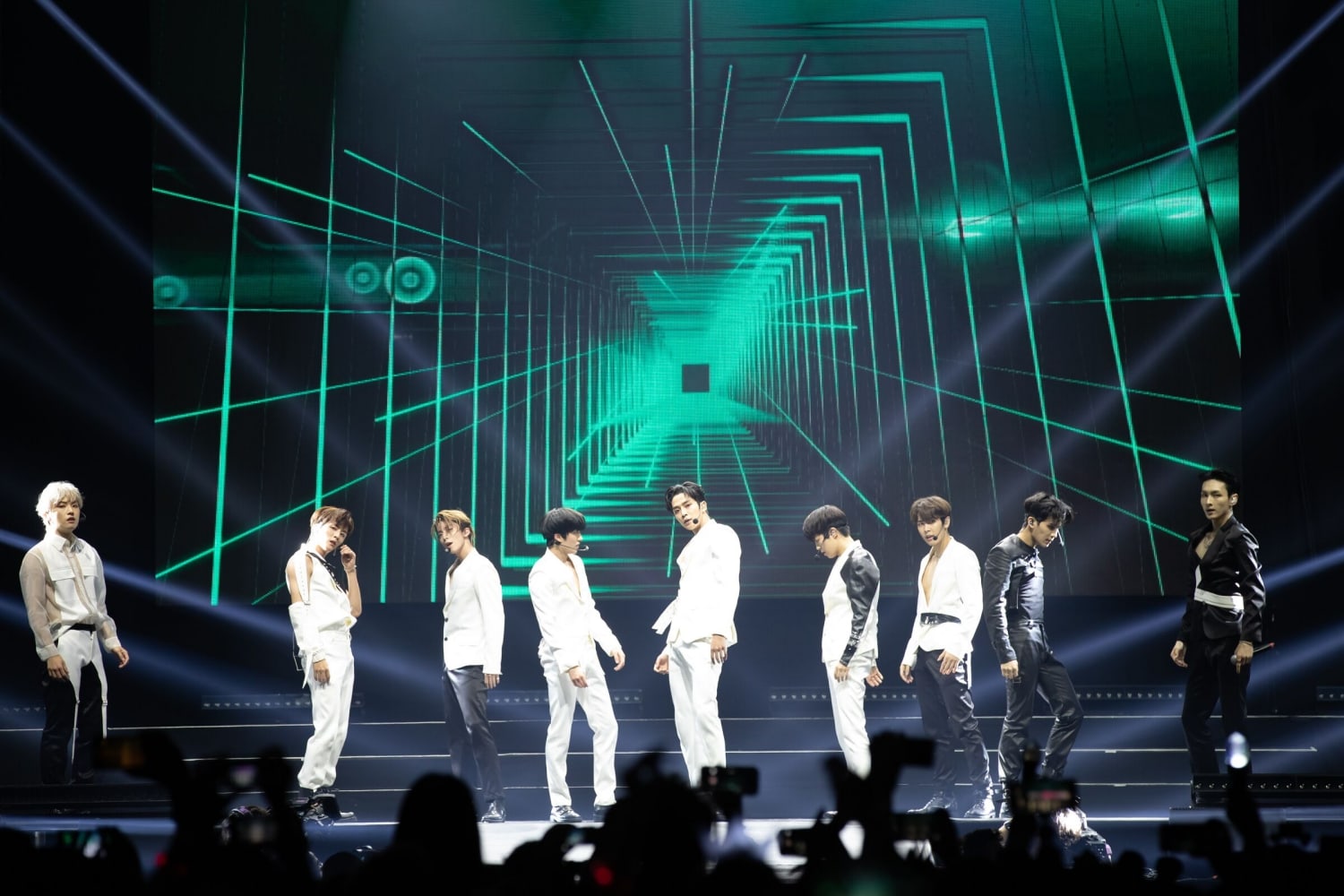 One of the best things about KCON is the exciting special stages that you can’t see anywhere else, and this year was no exception. The Boyz set the stage ablaze with a passionate rendition of BTS’s “Fire,” and SF9 drove the crowd wild with their cover of EXO’s “Love Shot.”

We died not just a little at #SF9’s cover of #EXO #LOVESHOT.. will you take this LOVE ??!#KCON19NY @TheGarden @SF9official pic.twitter.com/EOjmvHdH2x 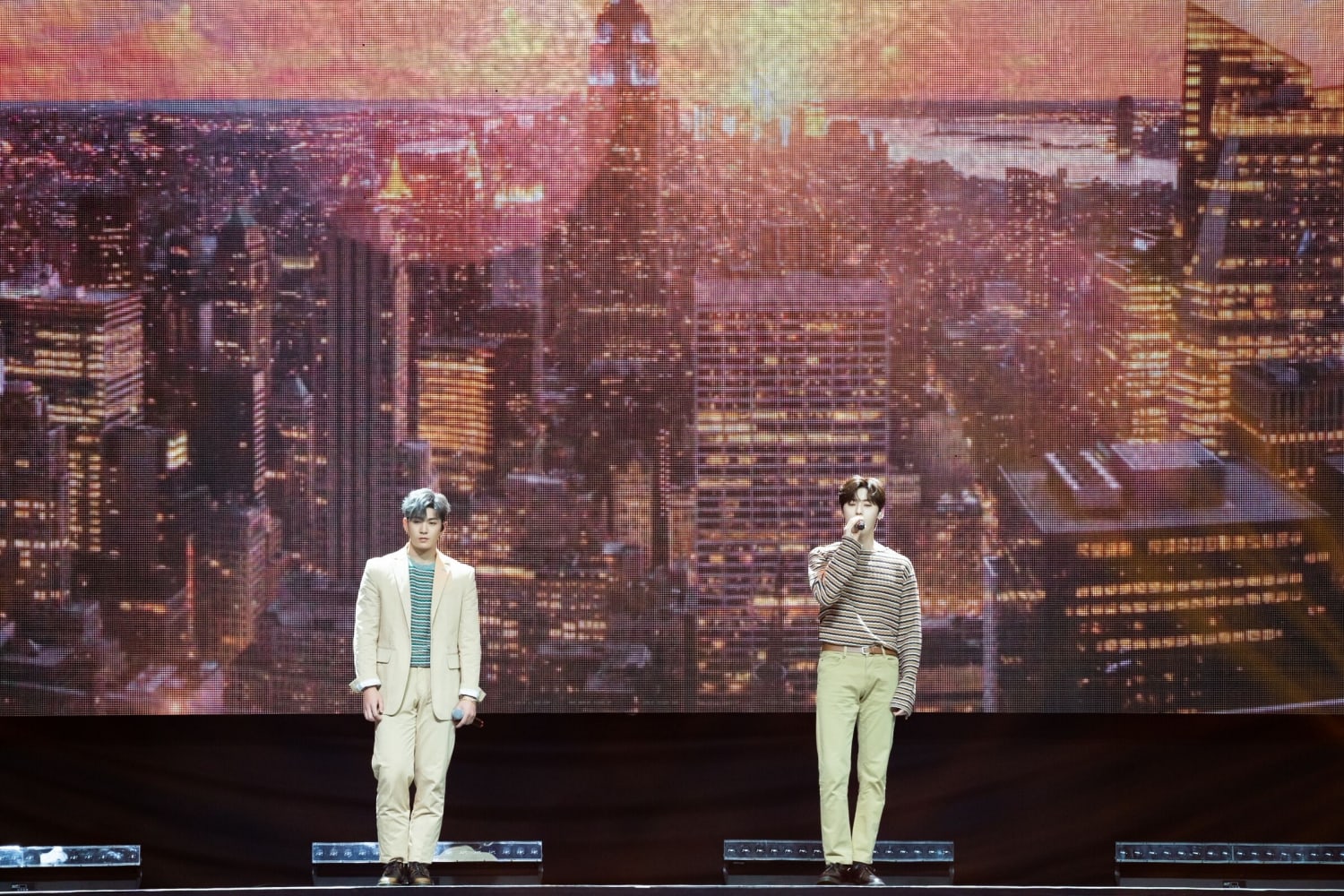 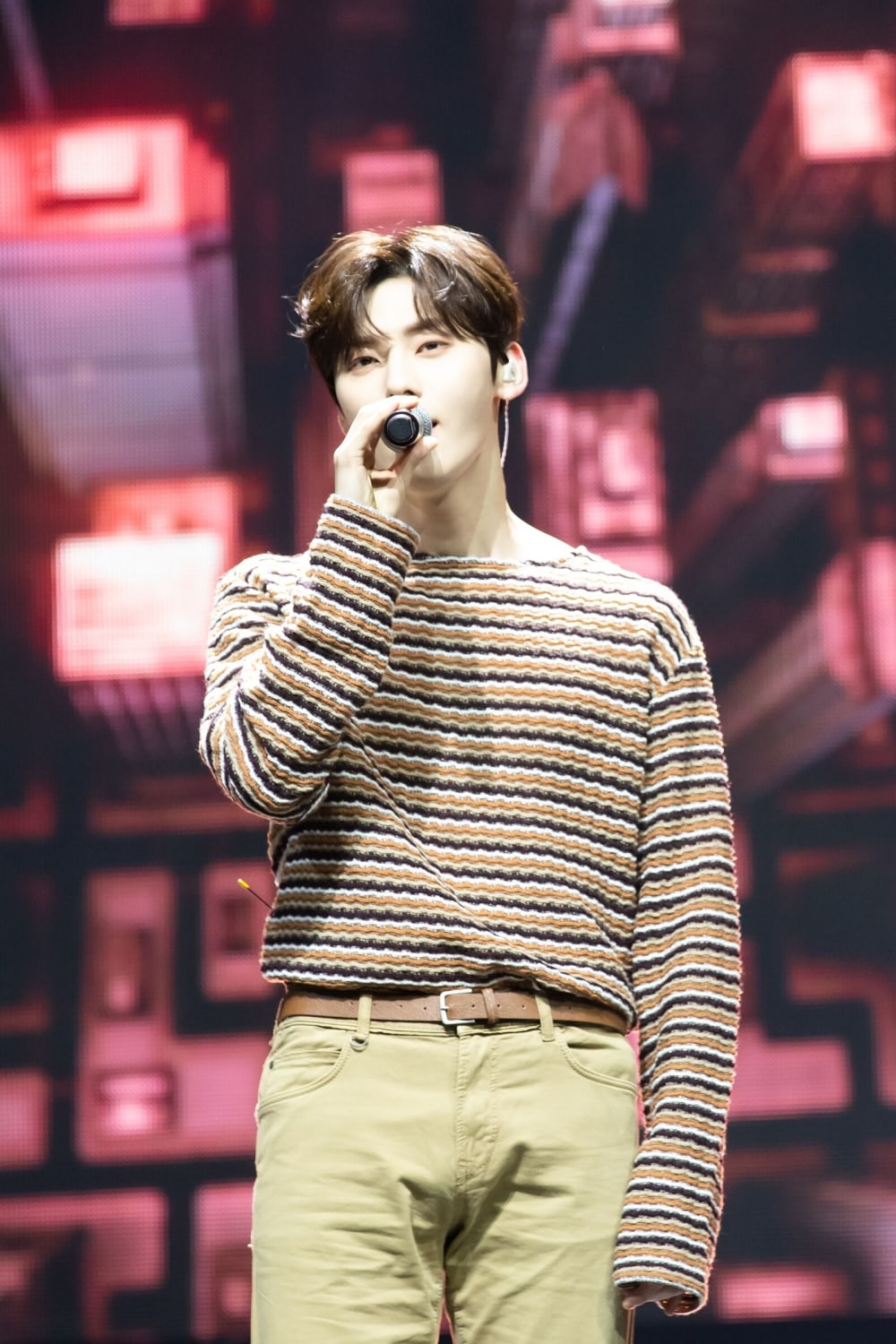 Before NU’EST’s first-ever performance at KCON NY, vocalists Baekho and Minhyun kicked things off with a stunning cover of Adam Levine’s “Lost Stars.”

In a special video that played before their performance, Minhyun mentioned that he had received a lot of comfort from listening to this song and wanted their fans to be similarly comforted by their cover as well. “For NU’EST, who were like lost stars, our fans were like guides who showed us the way,” said Minhyun.

Baekho and Minhyun then proceeded to blow the audience away with a beautiful live duet version of the ballad, with many concertgoers audibly gasping at their high notes and impressive falsetto.

NU’EST continued to wow the crowd with their amazing vocals during their very first performance in New York as a full group, with seemingly everyone in the audience singing along to the chorus of their latest hit “BET BET.” 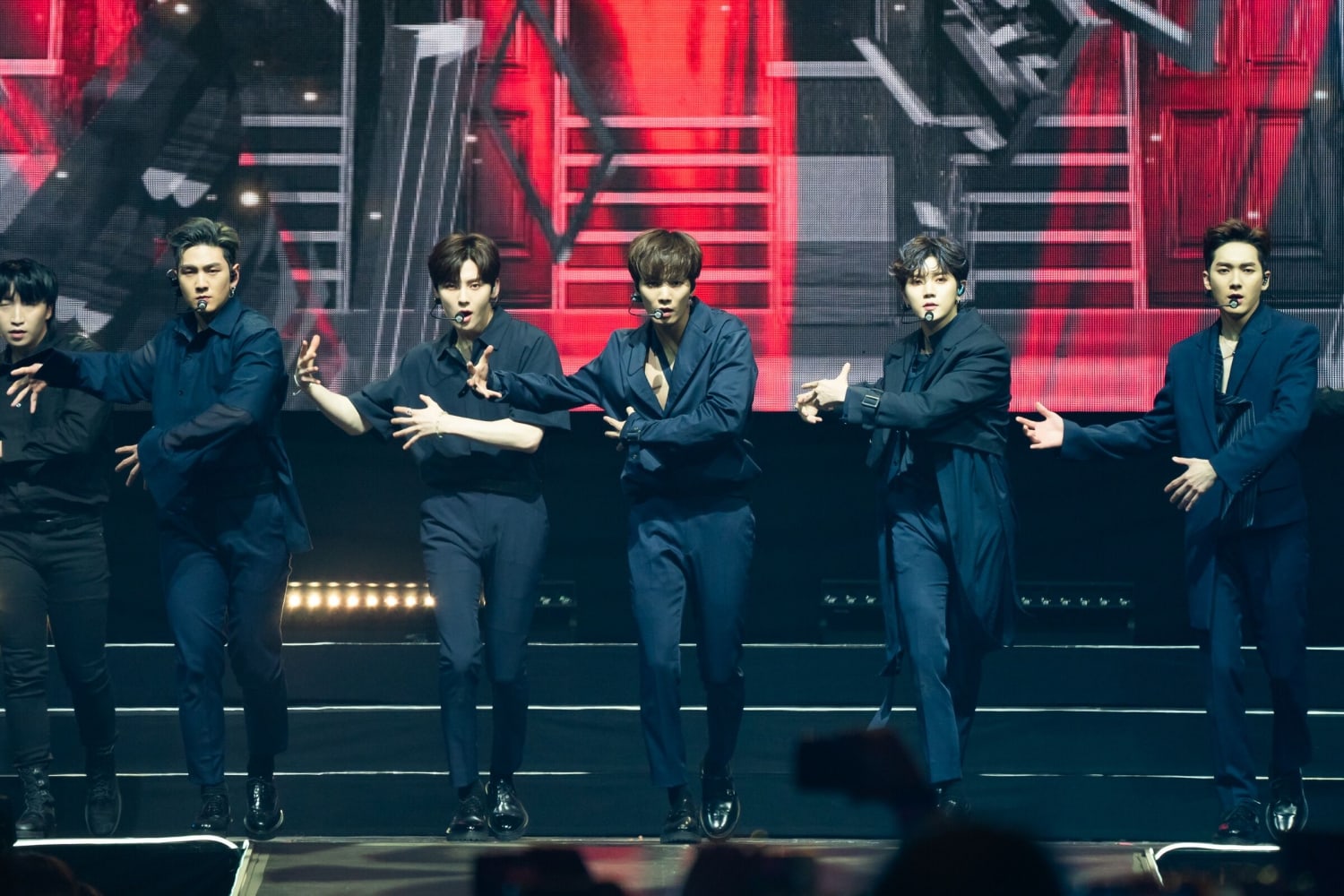 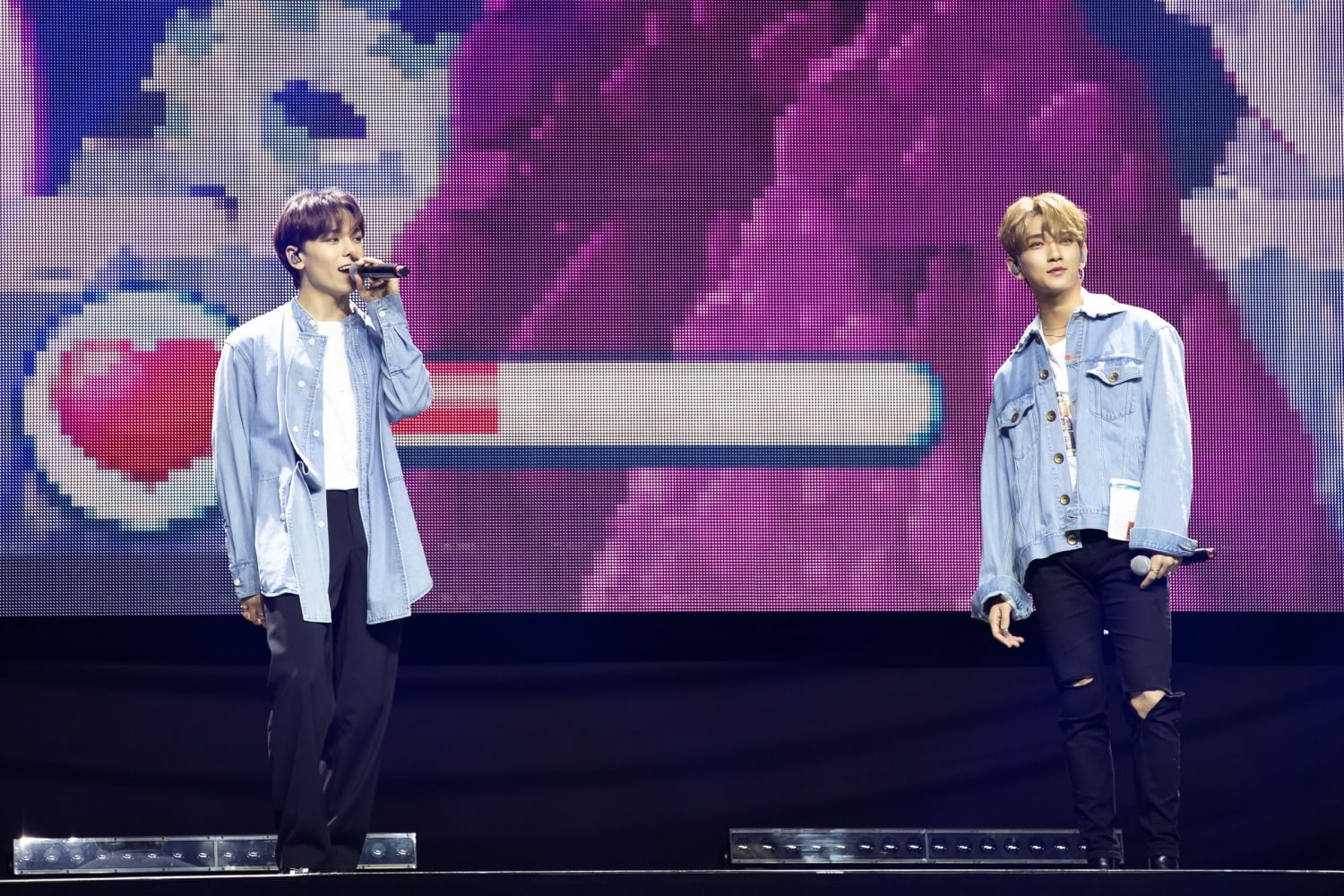 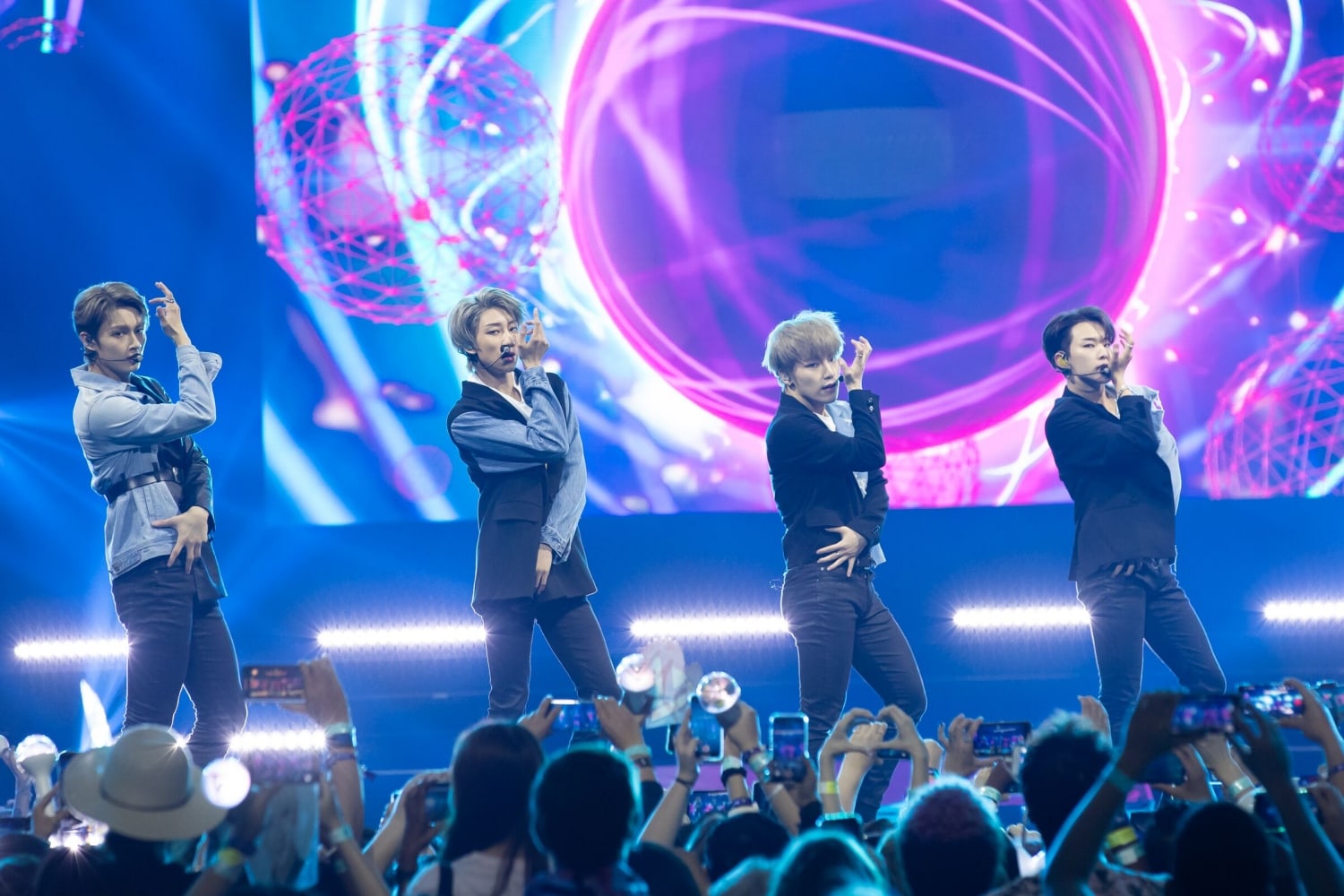 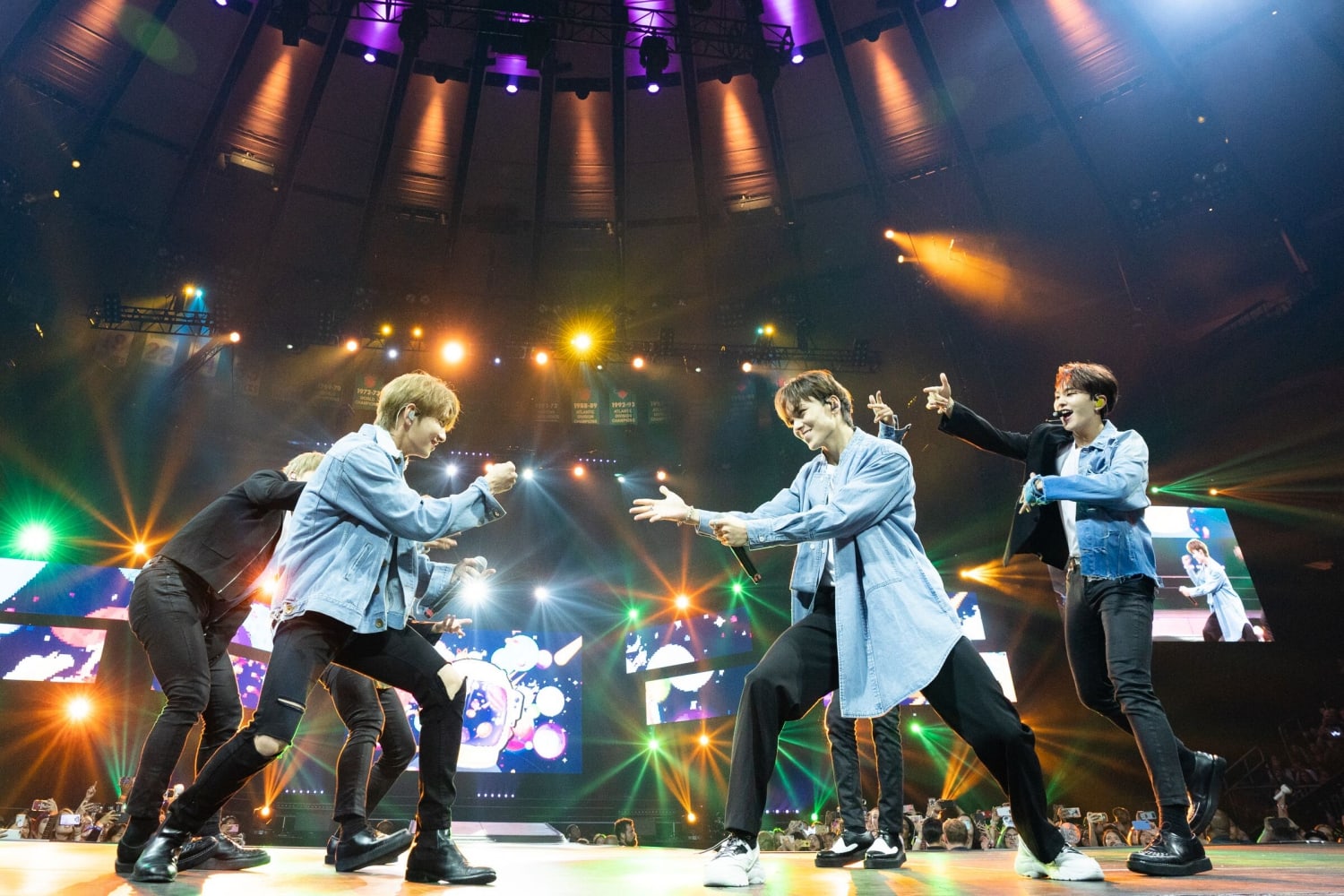 SEVENTEEN fans in the audience at KCON 2019 NY were in for a special treat—Vernon and Joshua surprised the crowd by performing their uplifting duet song “Rocket,” while SEVENTEEN’s performance unit (Hoshi, Jun, The8, and Dino) had the crowd screaming at the top of their lungs during a flawless performance of their B-side “Moonwalker.” 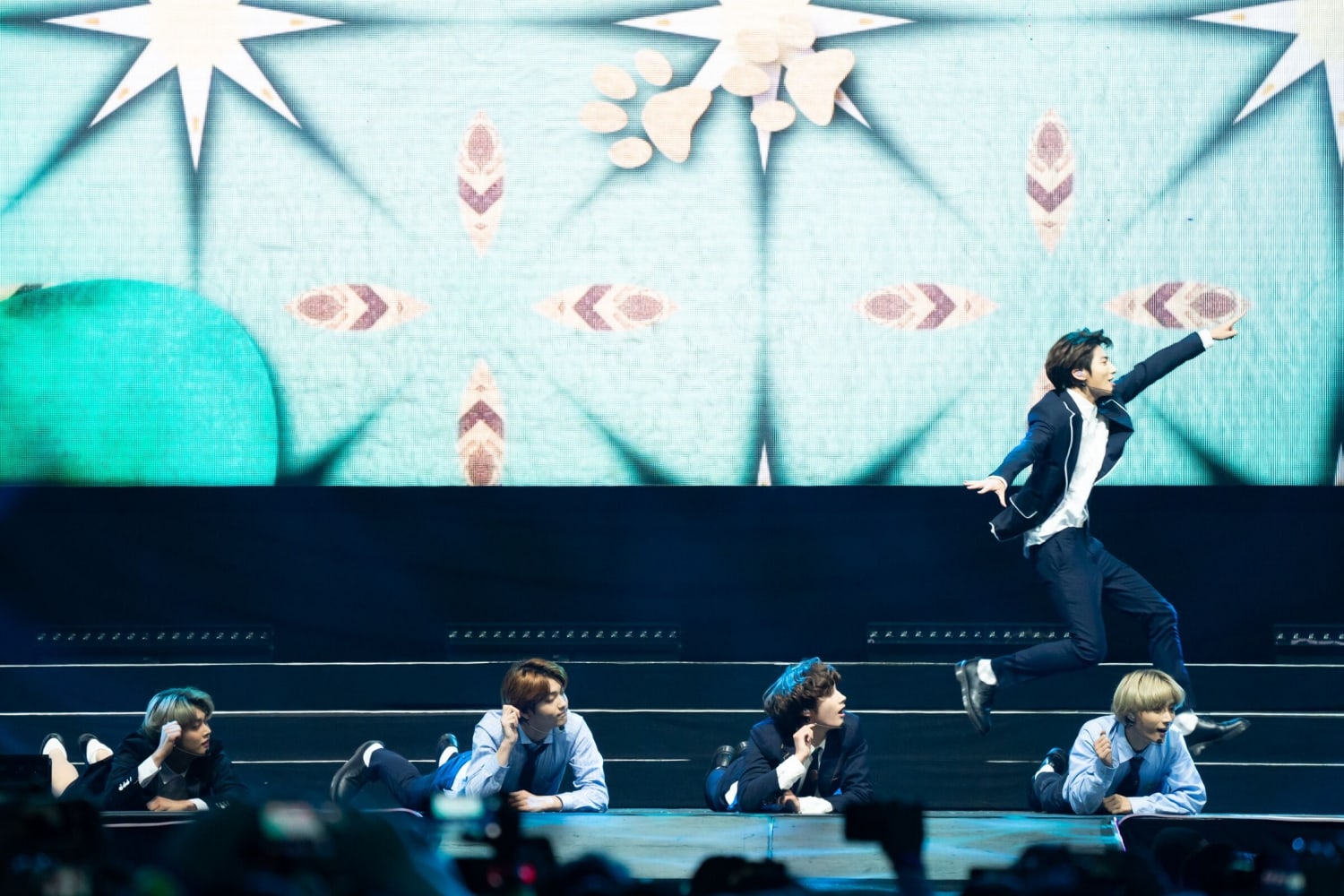 TXT had the audience singing along from the very first lines of their English-language version of “Cat & Dog,” but the cutest—and loudest—cheers came towards the end of the song. During Yeonjun’s iconic “I just wanna be your dog!” part, not only did the crowd chant his lines together with him, but they adorably barked along in unison. 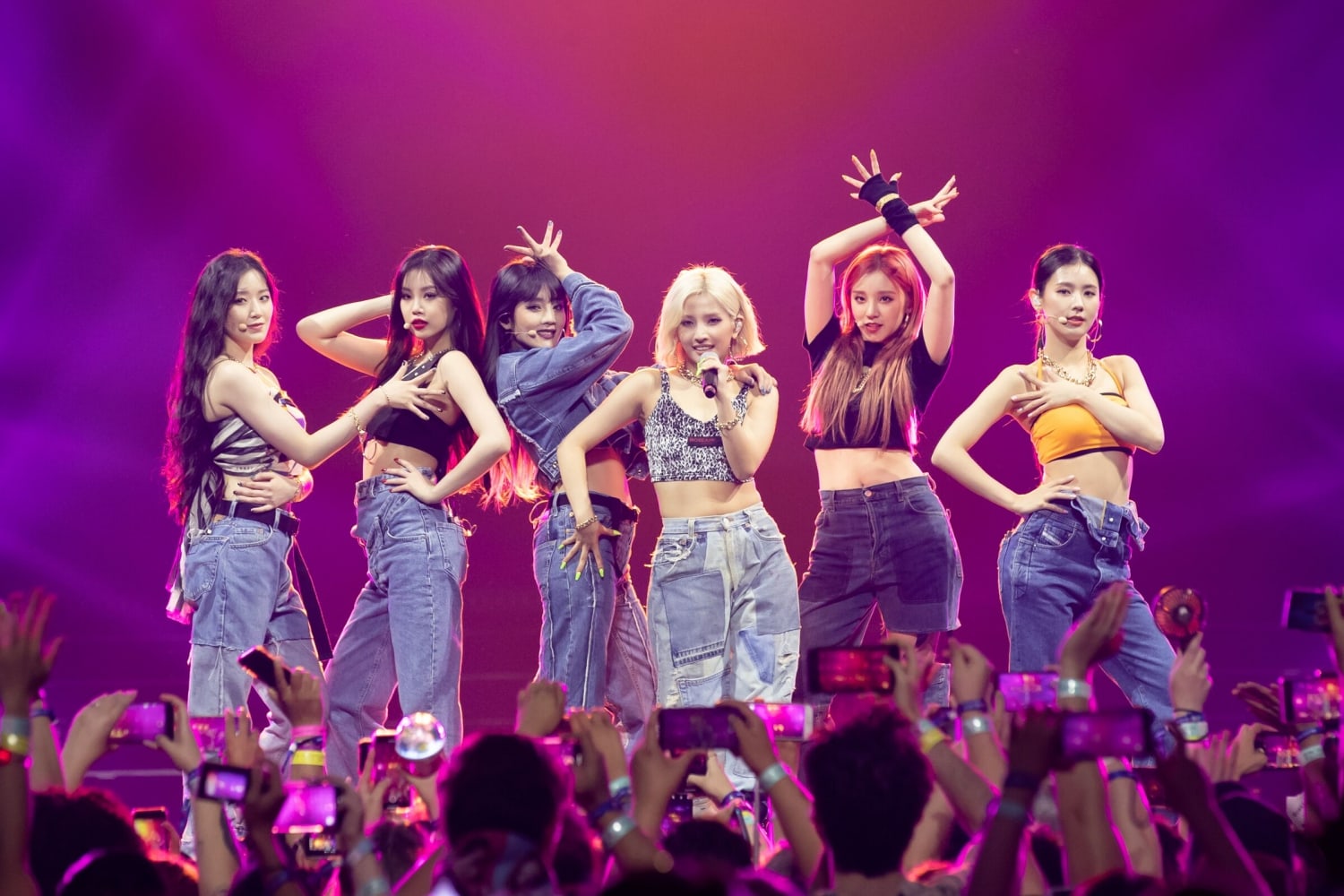 As a special surprise for their New York fans, (G)I-DLE proved that they could take on any genre by performing a song from a Broadway musical for the very first time. The group covered the legendary song “All That Jazz” from the famous American musical “Chicago,” with Soyeon and Miyeon explaining that they had chosen it because they thought it suited “(G)I-DLE’s strong and confident charm.”

ATEEZ Showing Off Their Many Talents 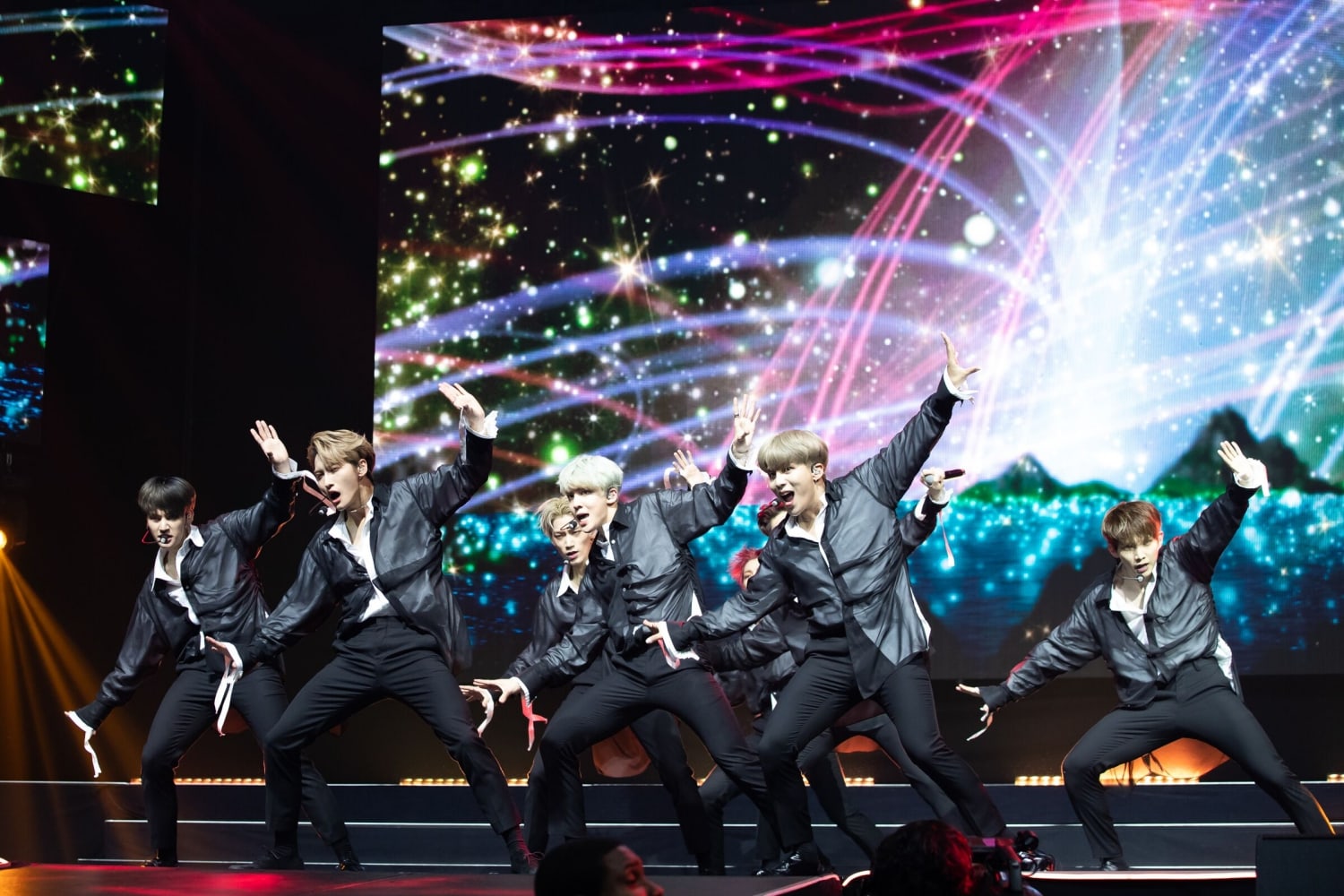 Although ATEEZ certainly impressed the audience with their high-energy performances (especially the crowd-pleasing hit “Say My Name“), they also took the time to showcase their talents in a slightly more deconstructed way. The group’s vocal line—Jongho, San, and Seonghwa—joined forces for a beautiful a cappella snippet of Charlie Puth’s “One Call Away,” while rappers Hongjoong and Mingi rapped their parts to their recent title track “Illusion.”

Finally, Wooyoung, Yunho, and Yeosang started dancing the powerful choreography for “Say My Name,” only to have the rest of the members quickly join in—then transition into a full performance of the song. 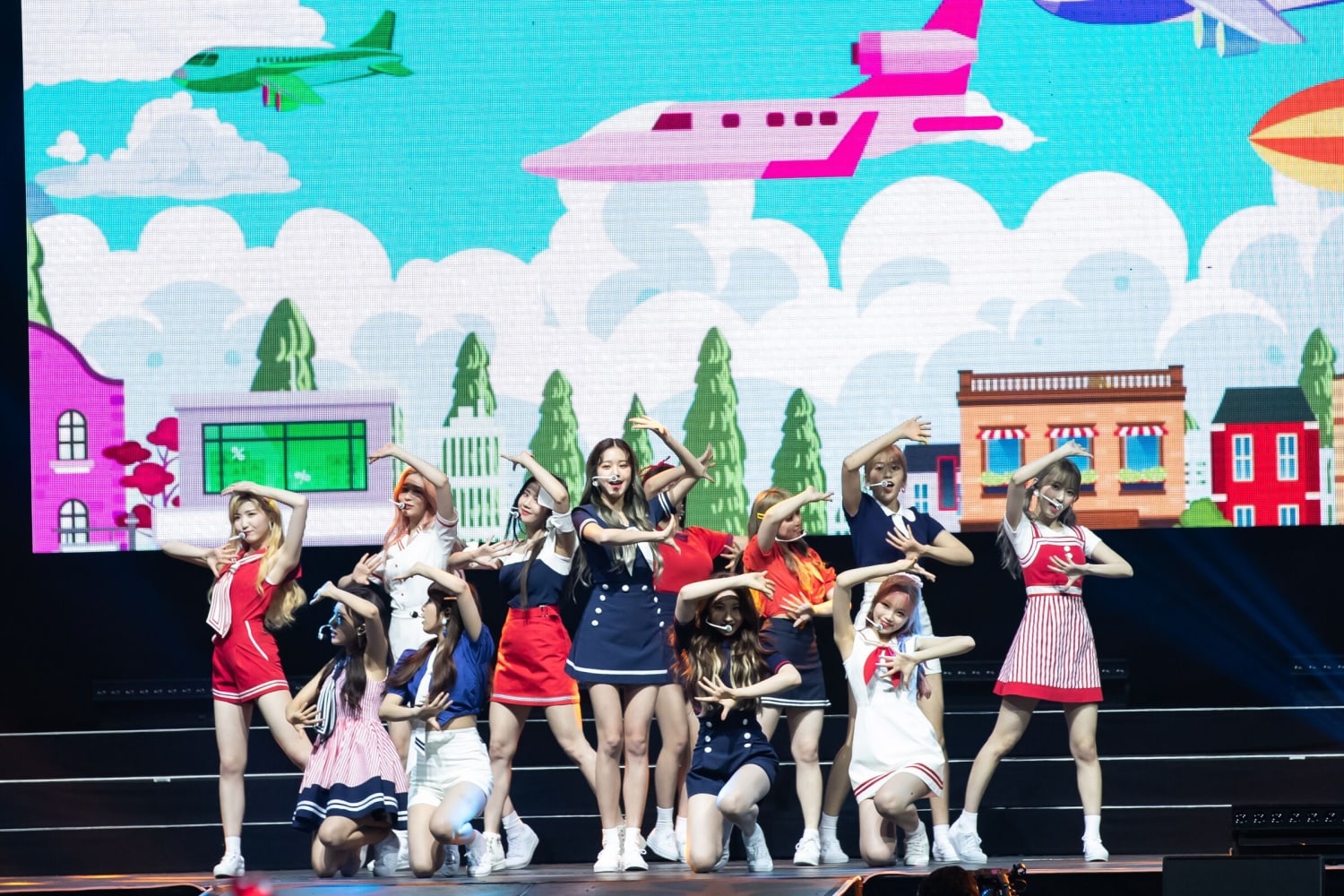 In between energetic performances of their own songs, IZ*ONE took on the “random cover dance” challenge and proved that they could rock other artists’ choreographies in addition to their own. The members showed off their moves to BTS’s “Boy With Luv,” Chungha’s “Gotta Go,” BLACKPINK’s “Kill This Love,” the “Produce X 101” theme song “X1-MA,” and PSY’s “New Face.”

SEVENTEEN Getting Playful With The Crowd During “Very Nice” 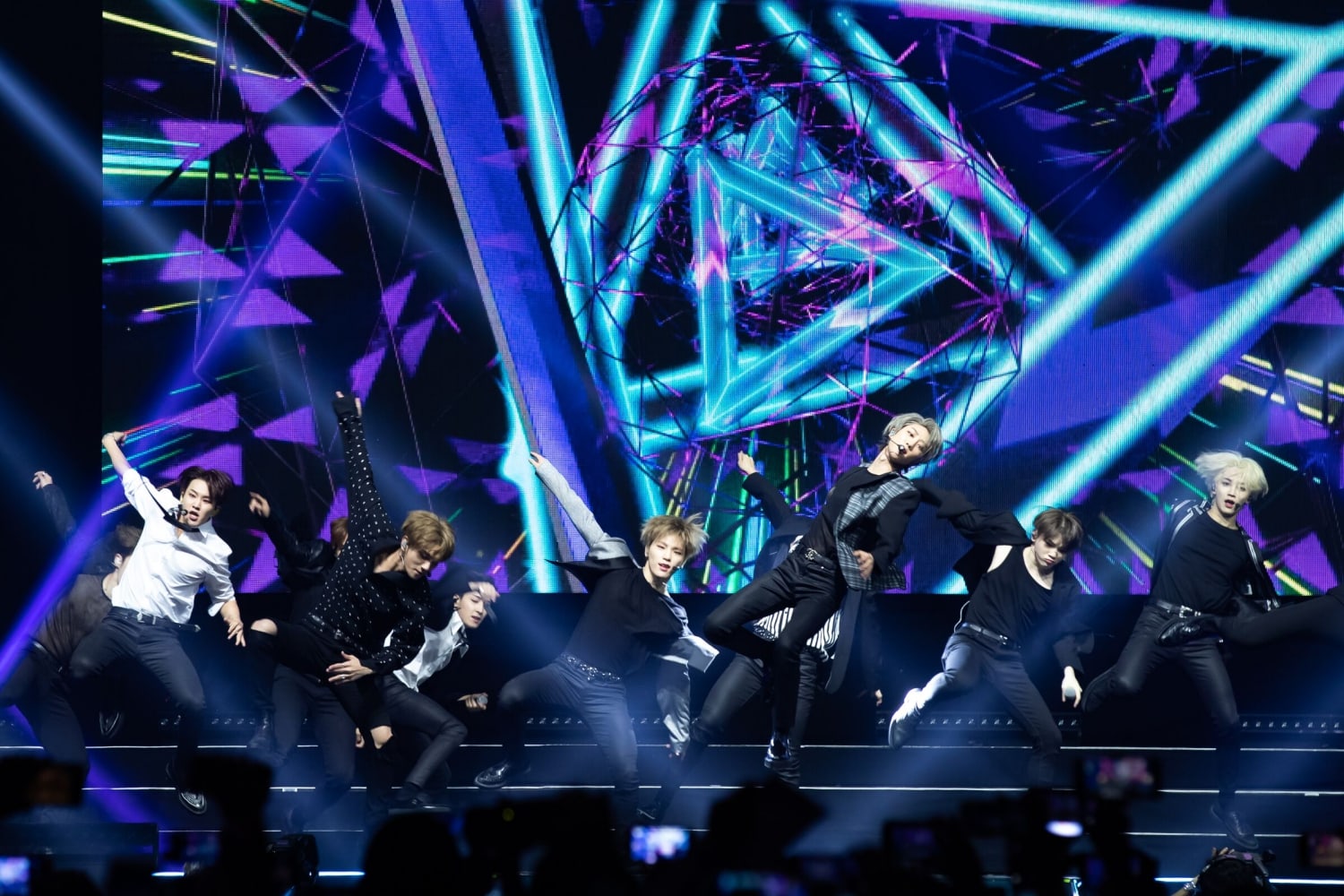 Although SEVENTEEN was clearly having a blast throughout the night, they became especially high-spirited towards the end of their performance, when they closed the show with their smash hit “Very Nice.” After showing off their famous razor-sharp dancing through songs like “Getting Closer” and “Clap” (the latter of which had the entirety of Madison Square Garden clapping along), SEVENTEEN decided to forgo parts of their choreography for “Very Nice” in favor of running around the stage and interacting with the audience.

The highlight of their playfulness came after the end of the song, when the SEVENTEEN members took their bows, said their goodbyes, and left the stage. Just a few seconds later, they teased the audience by asking, “Hey, New York, are you guys ready for one more round?” Then, as the crowd erupted in cheers of delight, they sprinted back onstage at full speed to jump around to the final bars of “Very Nice” one last time. 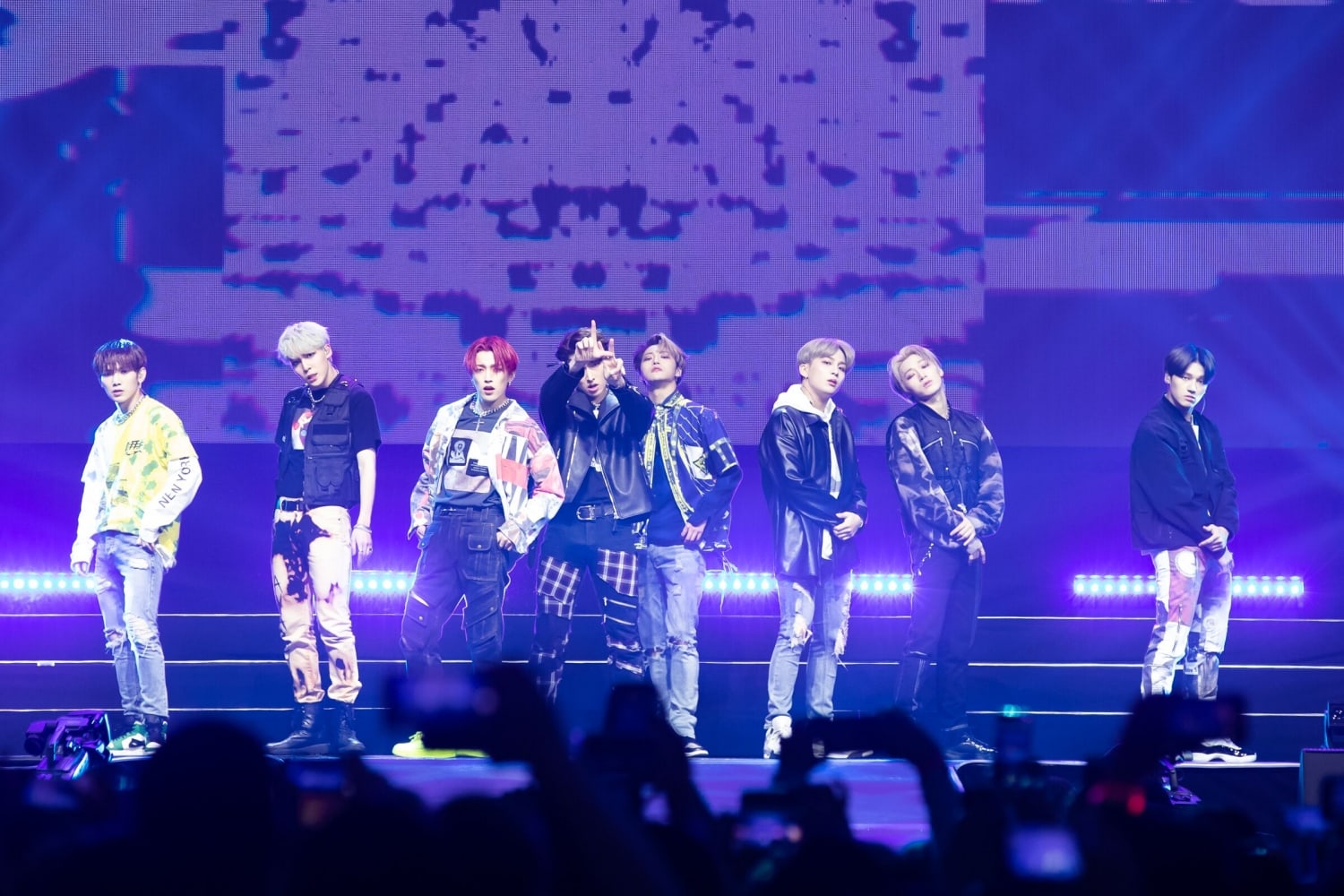 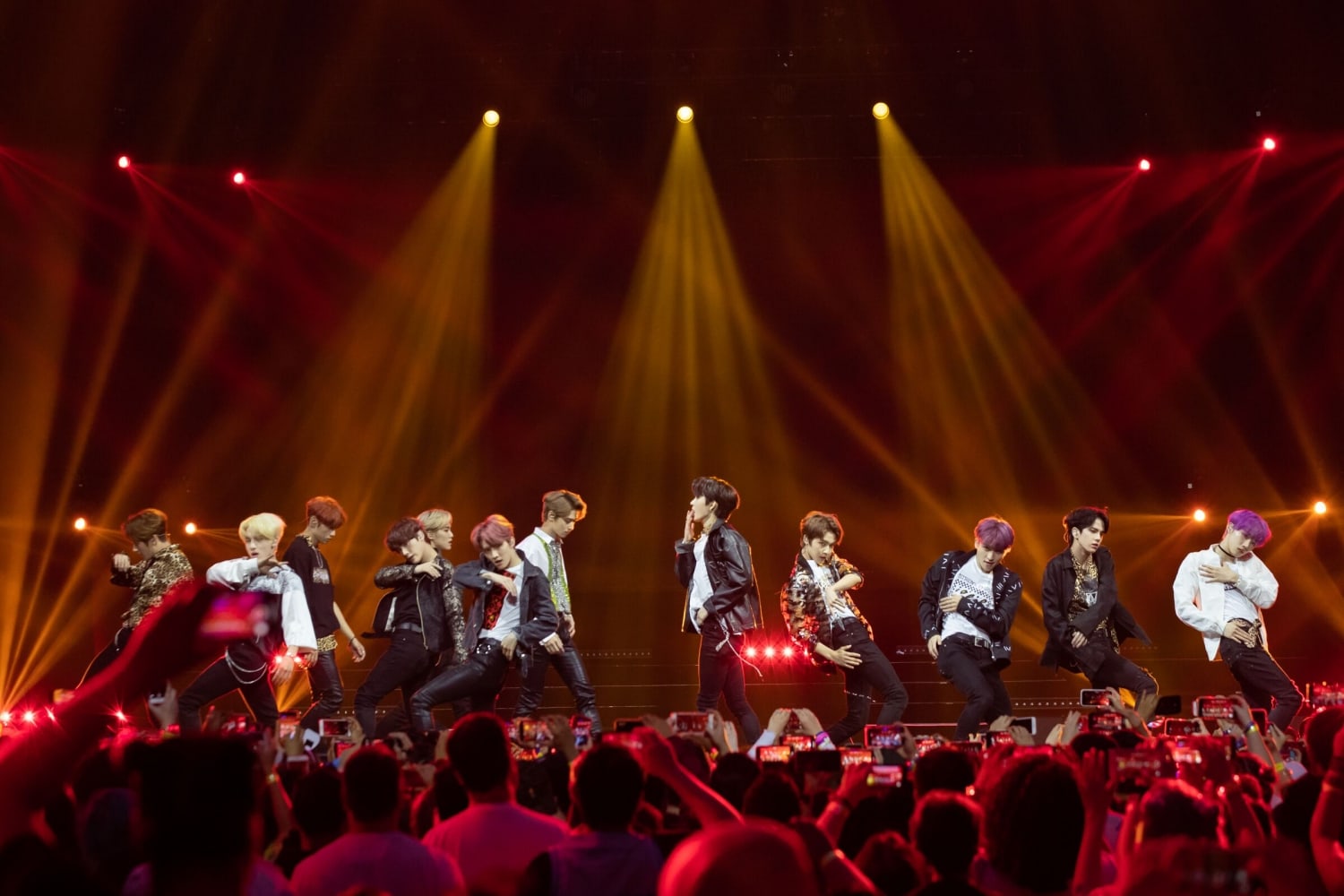 Both nights of this year’s concert featured powerful dance performances set to American songs. ATEEZ got things started on the first night with an exciting performance set to Travis Scott’s “Sicko Mode”—which even had fellow performers The Boyz dancing along offstage.

The Boyz then kept the crowd’s energy levels up with an intense performance set to Billie Eilish’s hit song “Bad Guy.”

We were so shook by this #TheBoyz X Bad Guy special! Can’t believe we saw it with our own eyes?? only at #KCON19NY pic.twitter.com/Xwdve11jbg 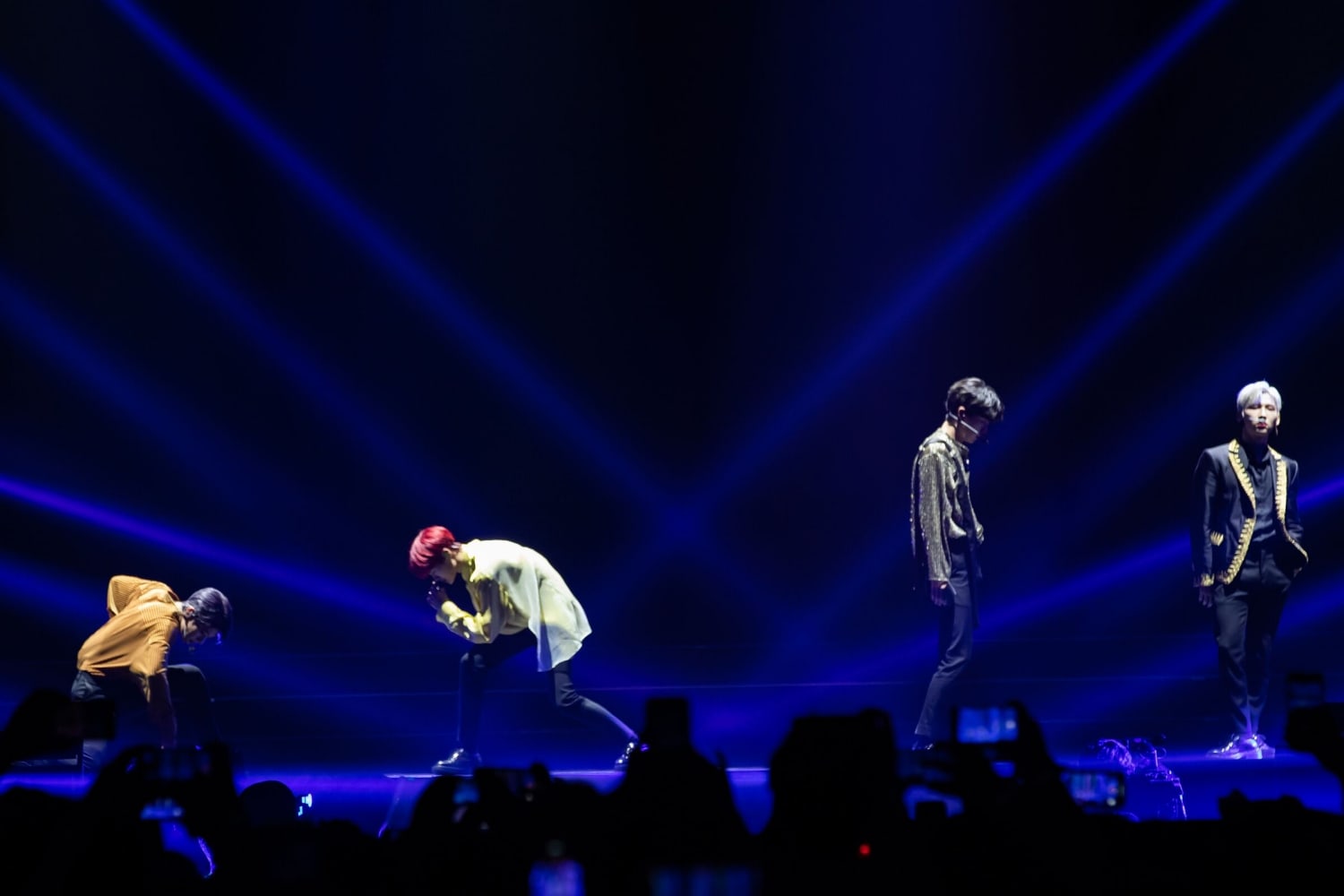 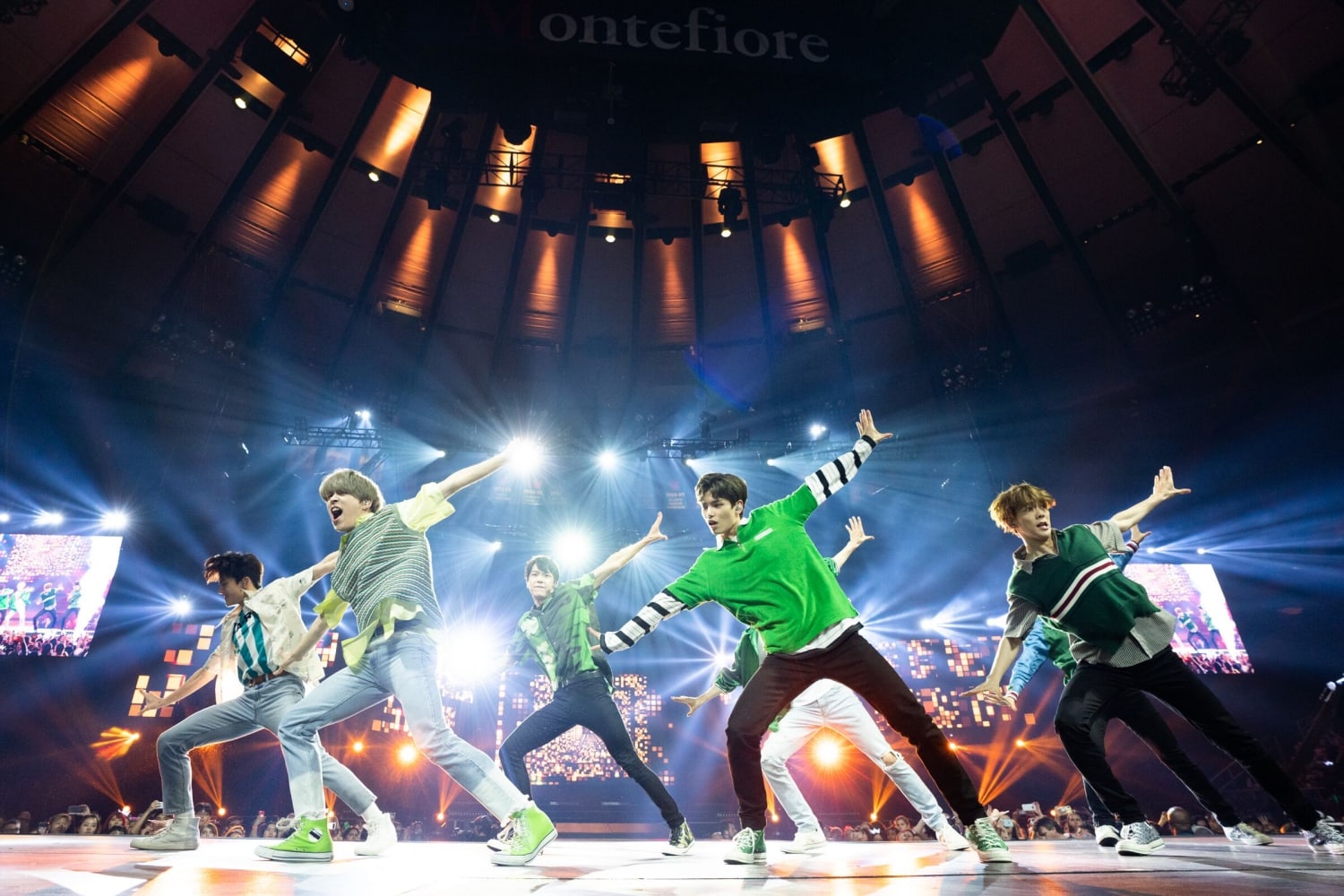 AB6IX kicked off the second night with a smooth-as-silk dance number set to Charlie Puth’s “Attention,” while VERIVERY got the crowd cheering during a fun performance to Bruno Mars’s “24K Magic.”

Did you enjoy this version of #attention by #AB6IX? ?? #KCON19NY concert has officially started! pic.twitter.com/hpmbbyTKaC

Mnet’s newest idol survival show “To Be World Klass” is premiering this September, and the 20 contestants who’ll be competing on the show made an unexpected appearance in the crowd at KCON 2019 NY.

Mnet first revealed the names and faces of the program’s 20 trainees through a special booth at this year’s convention—before surprising the standing-area audience on the second night of the concert with an even closer look at the contestants in real life!

What were your favorite moments from this year’s KCON 2019 NY?

Were you at this year’s KCON NY? Share your favorite moments with us in the comments below! 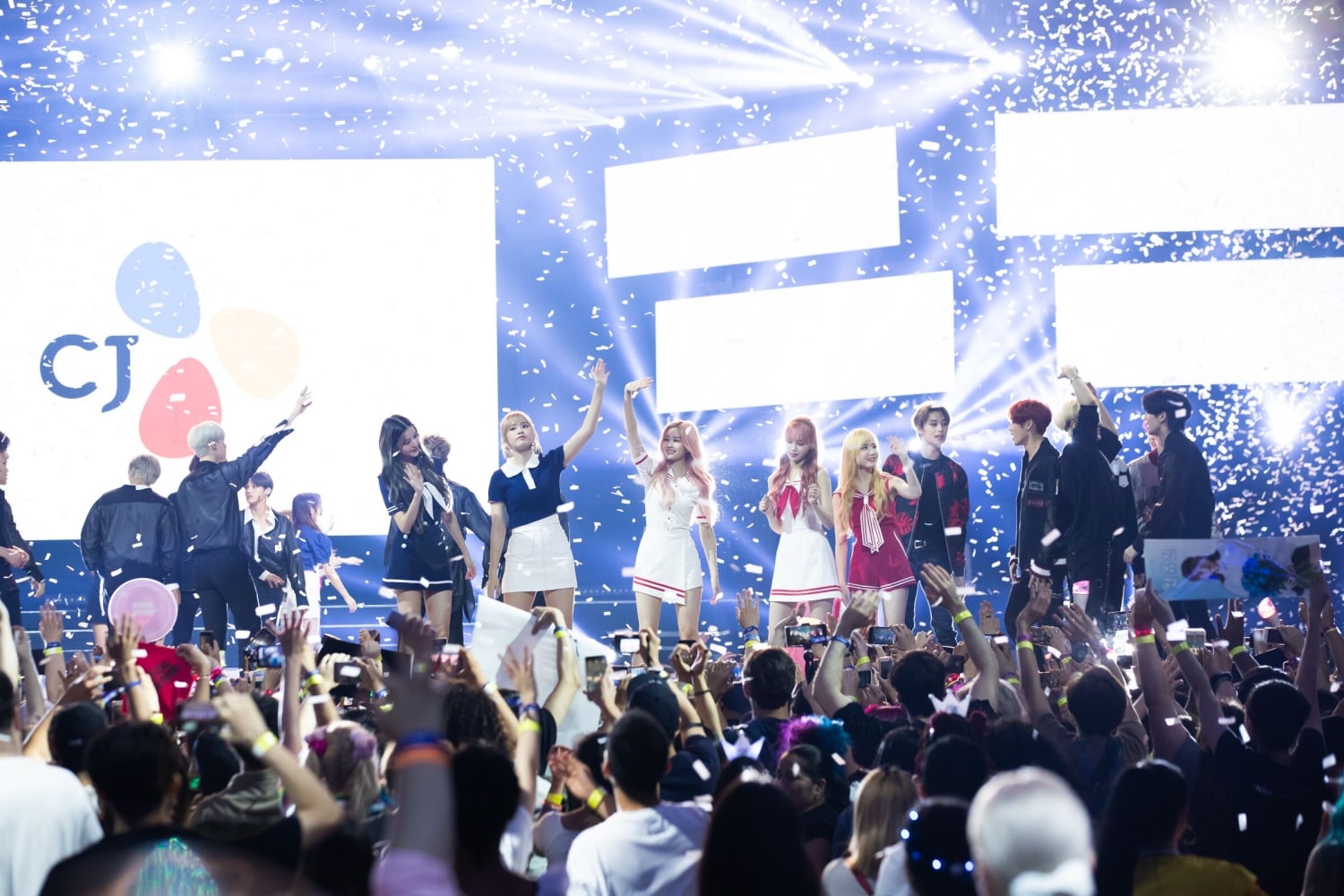