On the August 7 episode of the celebrity talk show “Radio Star,” UP10TION’s Lee Jin Hyuk appeared as a guest and opened up about his experiences after the finale of “Produce X 101,” his struggles in the past, and more.

Although Lee Jin Hyuk did not make the lineup of the “Produce X 101” project group X1, his popularity received a boost after he competed on the show. He said, “I didn’t know that I’d receive this much love after it ended. I keep getting offers for dramas and variety shows. I’m really surprised. ‘Radio Star’ is my first variety show appearance, and I’m so nervous I’m shaking.” 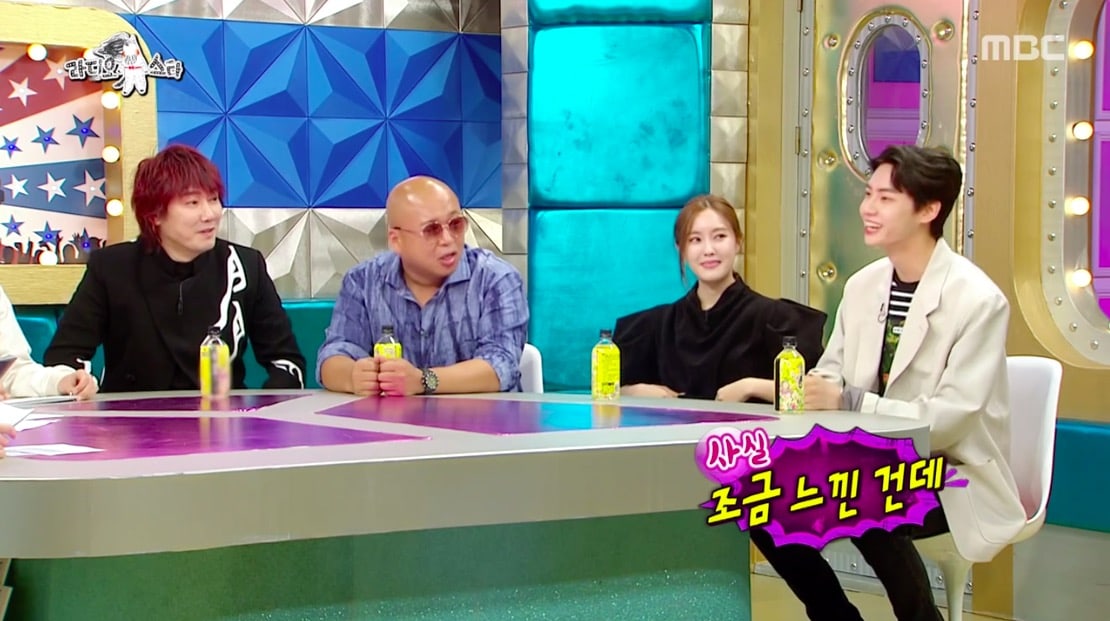 In addition to X1, there has been much talk about the possibility that combinations of eliminated trainees might debut together. One of the most popular fan-imagined lineups includes the nine eliminated trainees from the Top 20, who are often called “BY9.”

When asked about the possibility that BY9 might become a group, Lee Jin Hyuk said, “Right now I’m unsure about what will happen with a project group. I’m waiting too so I can’t give a definite answer.” He added, “Although I don’t know what might happen in terms of a project group, if opportunities for activities come in, then I’m willing to do them so I’ll keep waiting.” He added “Thank you” with a thumbs up and a big smile to the camera.

Lee Jin Hyuk also shared that his mother suggested to him that he date, even though he personally wants to focus on music and shows. He commented, “My mother said, ‘Shouldn’t you know about love if you’re doing this job? You have to learn about that kind of emotion through dating.’ But I thought ‘Can’t I just imagine it?'”

He surprised the hosts when he said that he had checked his phone after the “Produce X 101” finale to find many messages with swear words. He laughed and explained, “My friends were angry so they were sending me messages like, ‘This is unbelievable.’ My high school friends kept contacting me and saying they were in tears.” 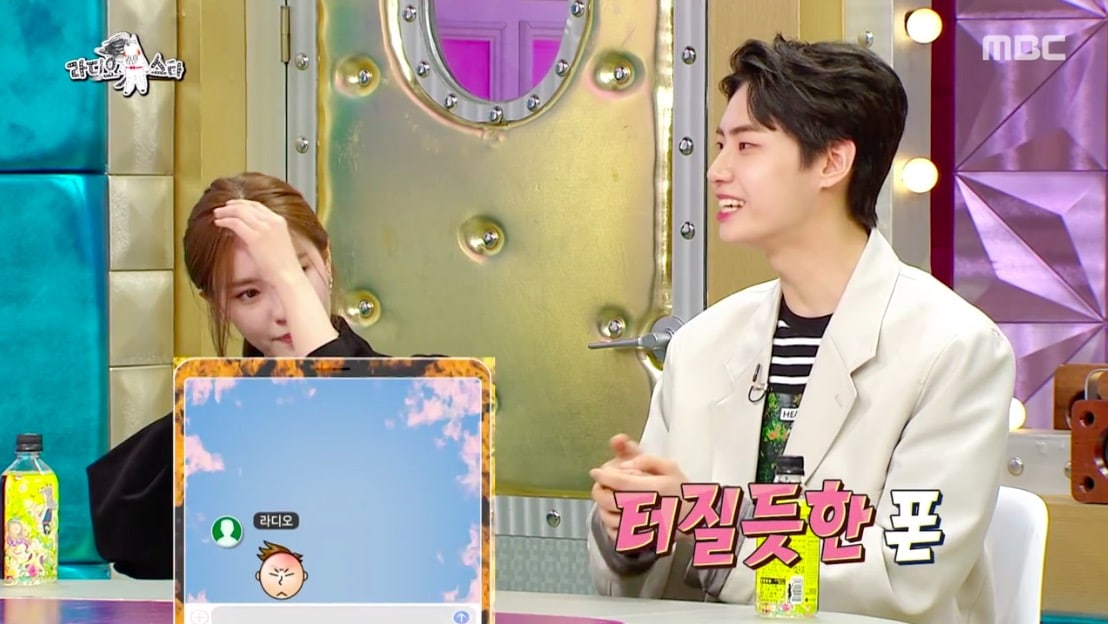 When asked if he’d cried, he said he didn’t because his mother told him not to. “My family members were at the live show,” he explained. “When I met their eyes, they were signaling at me together to tell me not to cry.” He shared that while he had become teary, his family members were just clapping for him without crying. 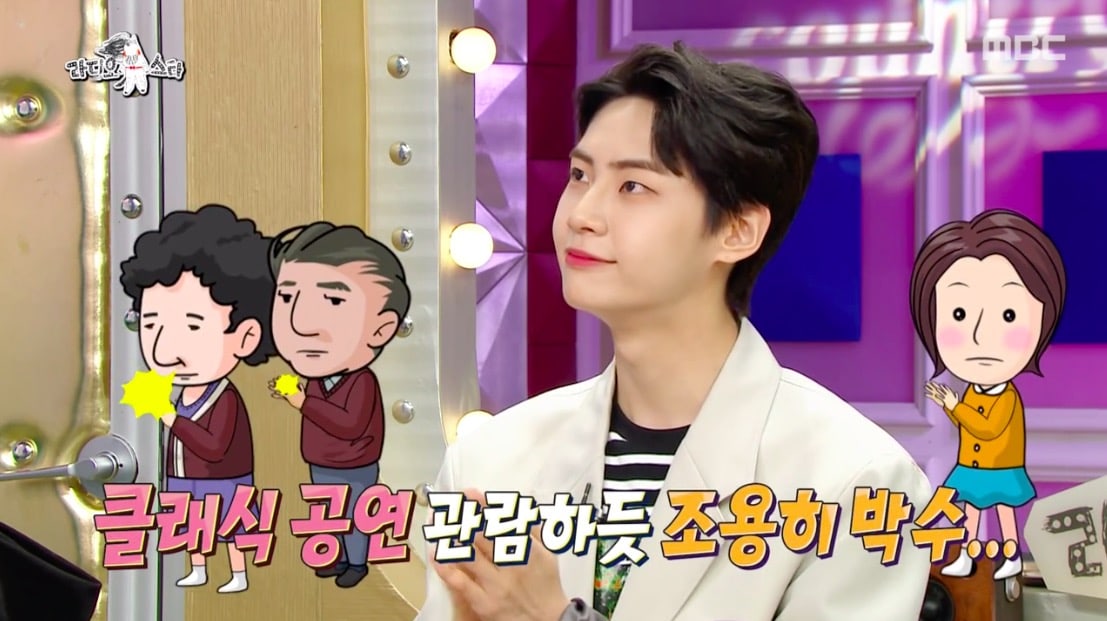 Lee Jin Hyuk debuted as a member of UP10TION in 2015, which means they are currently in the “fifth year” of their career according to Korean reckoning. “You work really hard when you’re a rookie,” he said. “But morale drops around the fifth year. We released nine albums, but our popularity decreased, and we didn’t see results that matched our level of passion.”

When asked who debuted at a similar time as them, Lee Jin Hyuk named SEVENTEEN and MONSTA X. “People called us a ‘three-way battle’ when we first started,” he said. “But while SEVENTEEN and MONSTA X gradually rose, things didn’t work out for us in comparison to our passion. There were financial difficulties for other members too, not just me. So we’d get together and worry about it, saying, ‘Should I rethink my career?'” 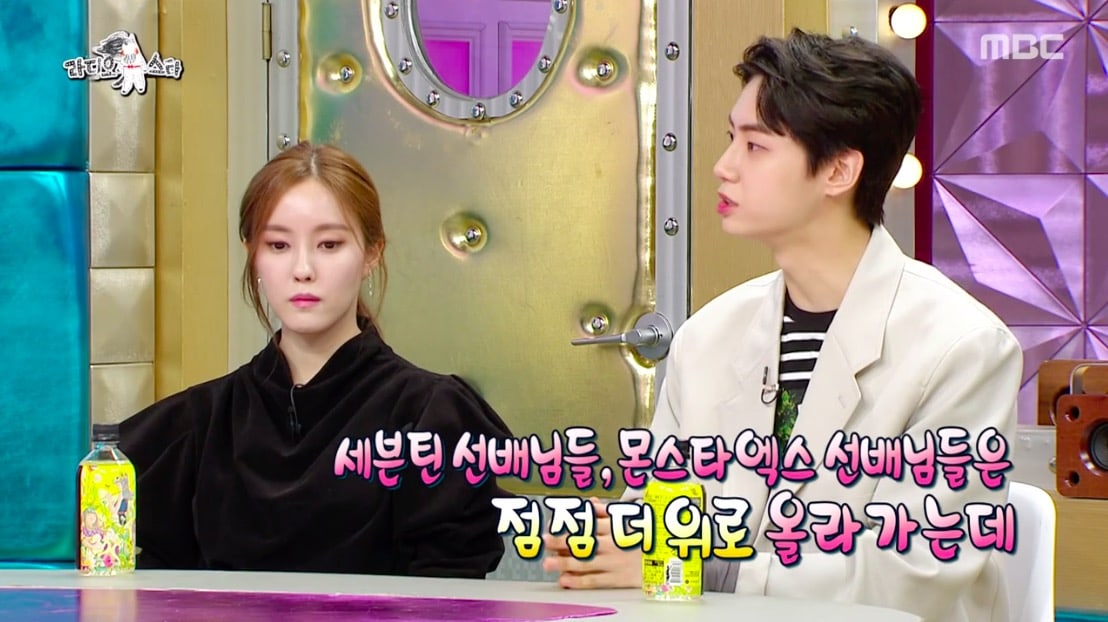 He said, “When we were in our first to second year, we performed on stage at year-end award shows along with groups that had debuted around the same time.” He continued, “However, in our fourth and fifth year, the groups that we’d appeared with a couple years ago were on stage, but I was at home with my family. So I kept my television turned off.”

Lee Jin Hyuk said that while junior artists were promoting and UP10TION was on hiatus, the junior artists would message him to ask if he’d be on television too. He’d reply back to say, “I don’t think we’ll be on today. I’ll enjoy watching it.”

He explained that when he was with his family at the end of the year when many music festivals with idol performances are on television, he’d purposely turn on something like one of the variety-focused award ceremonies instead. Yoon Jong Shin pointed out that idols come on those shows as guests too, and Lee Jin Hyuk laughed and said, “I’d change the channel then too!” He’d then wait until his parents and grandparents were sleeping before he’d watch the music festival, and he’d take photos of it to send to the junior artists to show that he’d watched them perform. 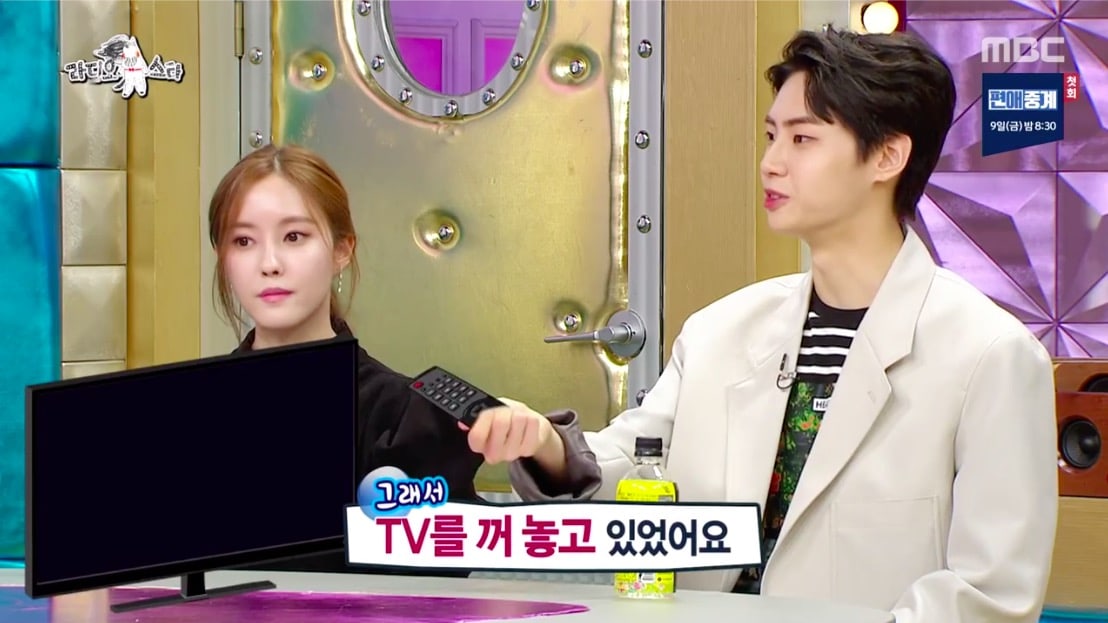 He also talked about what motivated him to enter the entertainment industry. “I was an outcast when I was in middle school. I was really pure then. When I was mad, I just got mad. I’d cry when I felt like crying. I’d laugh if something was funny. That was my personality. When I encountered people who were going through a stormy period in life, we weren’t a good fit.”

He explained that throughout middle school, he wasn’t able to do anything because he couldn’t fit in with others. “My family asked me what I wanted to do, and I told them that I wanted to be on television like my younger sister had been,” he said. His sister had appeared in commercials as a child, and he’d been envious after seeing his parents going around with her for her work. After hearing his dream, his parents then helped him achieve it by sending his photos to agencies.

Lee Jin Hyuk also revealed for the first time publicly that he has a heart condition, although he introduced the topic by saying he’d talk about it in a bright way because it’s not a dark thing for him anymore. “I have a heart disease,” he said. “I’ve had it since birth. I don’t know a lot about it. The valve did not function properly.” He explained that when he was younger, he thought that everyone was like him and had a scar on their chest, but he found out that wasn’t the case when he was in elementary school. 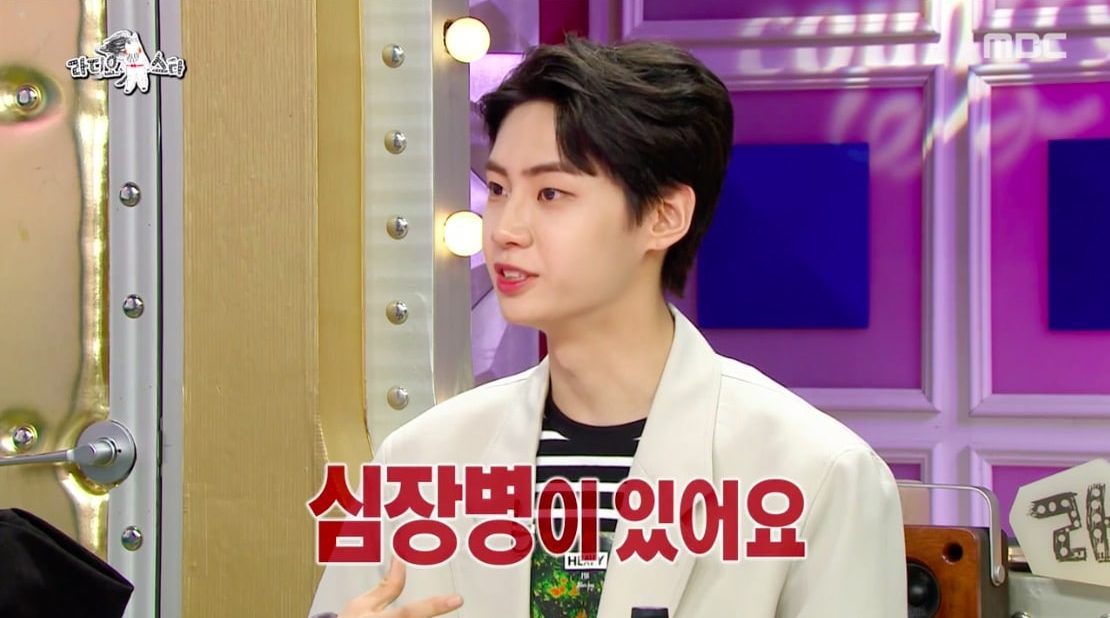 While he hadn’t thought it was significant then, it became an issue when he began training to be an idol and he found that his stamina was much lower than others. “I thought, ‘Do I need to give up on this?'” he said. “My mother told me I shouldn’t do it if it was too hard. But I thought, ‘Why do I have to give up because of this? I don’t want to give up on my dream because of it. I need to overcome it.’ So I trained really hard every day, I’d even give up on vacations.”

Thankfully, his heart condition improved after going through the trainee life. He shared that his family doctor had been surprised by his case, and he said that he continues to have regular checkups. He also said that partially because of this condition, he doesn’t drink alcohol, smoke cigarettes, or have caffeine.