On the August 7 episode of “Radio Star,” Hyomin talked about how two of her friends helped her gain the strength to keep going during a hard time.

The hosts of the show asked if it was true that when she was having a really hard time, she cut off all contact with people around her. While Hyomin and the hosts did not mention it explicitly, the captions stated that they were talking about the group’s controversy based on alleged discord among the members.

Hyomin explained that during a difficult time for the group, she felt like they were avoided by other artists when everyone gathered on stage at the end of music shows.

“When I’d take photos with other people or talk on social media, I’d feel like I needed to get their permission,” she said. “I felt sorry towards them.” She explained that she worried that she might cause them harm. 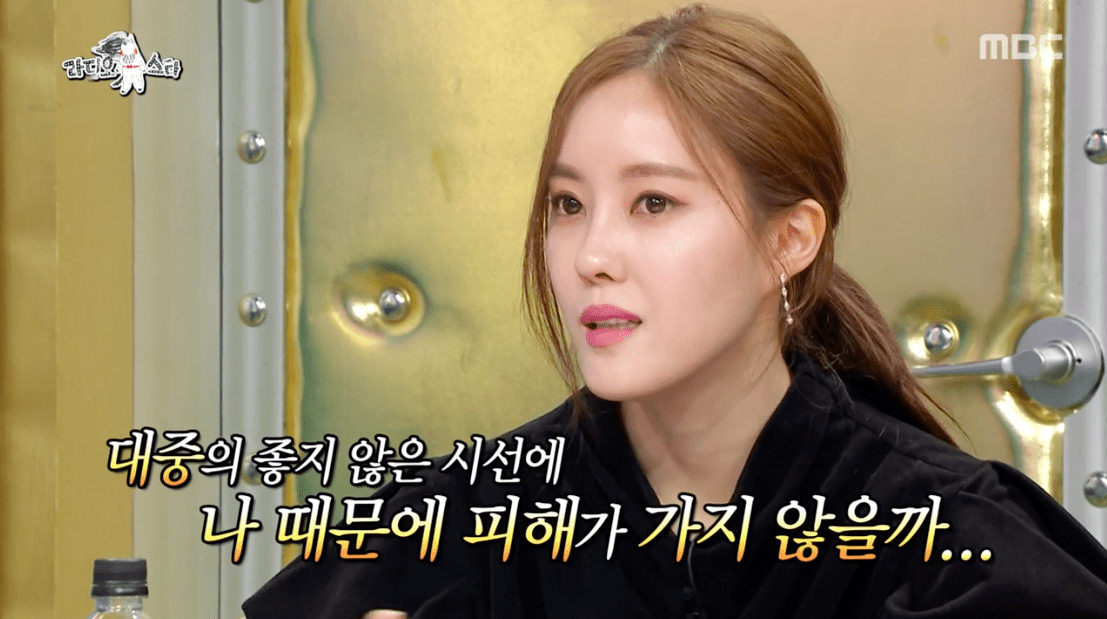 Host Yoon Jong Shin mentioned that she’d said she was able to not give up on her promotions thanks to two people.

“Those were my friends in the group Girls’ Generation, who took care of me,” she said. She explained that she was friends with Sunny and Yuri, who she’d appeared with on the popular variety show “Invincible Youth.”

“They’d bring me out to spots where I’d be seen, support me more, invite me to their dorm and listen to my worries,” she said. 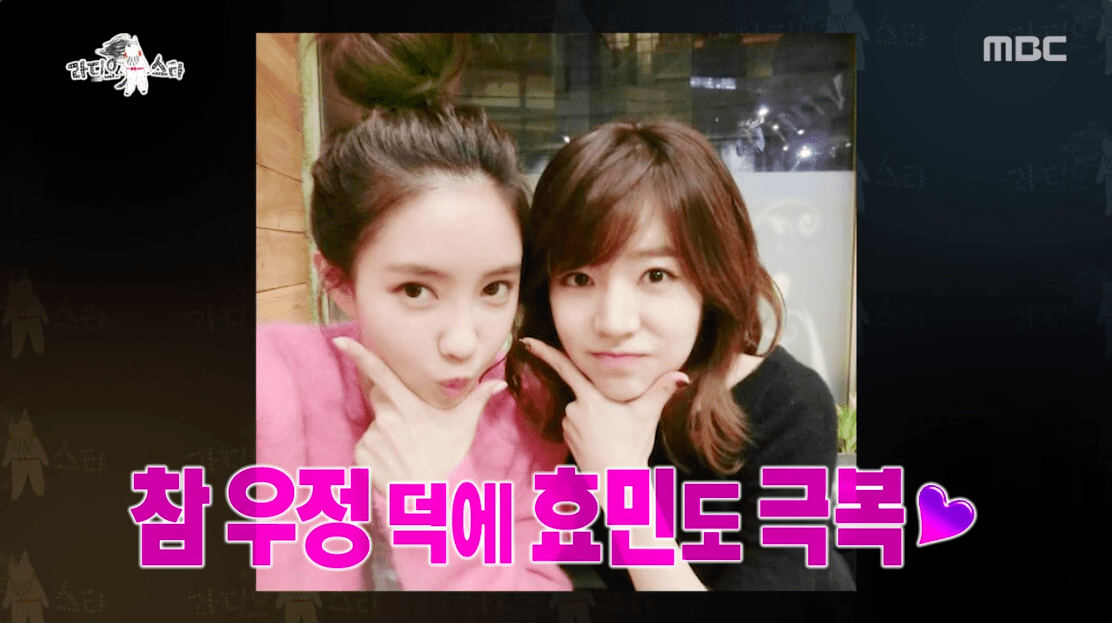 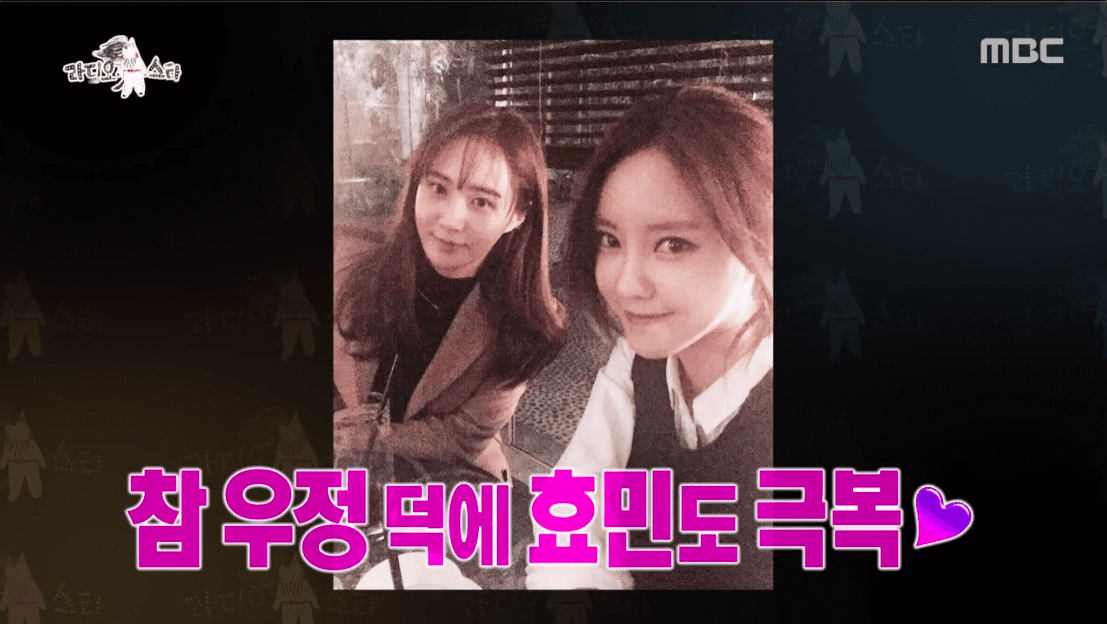