Kim So Hyun, Song Kang, And Jung Ga Ram Navigate Romance With The Help Of An App In “Love Alarm”

Based on the popular webtoon of the same name, “Love Alarm” is a romance drama set in an alternate reality where people find love through an application that alerts users when someone within a 10-meter radius has feelings for them. The drama will tell the story of three young men and women who face a world in which people can only express their love through the app. 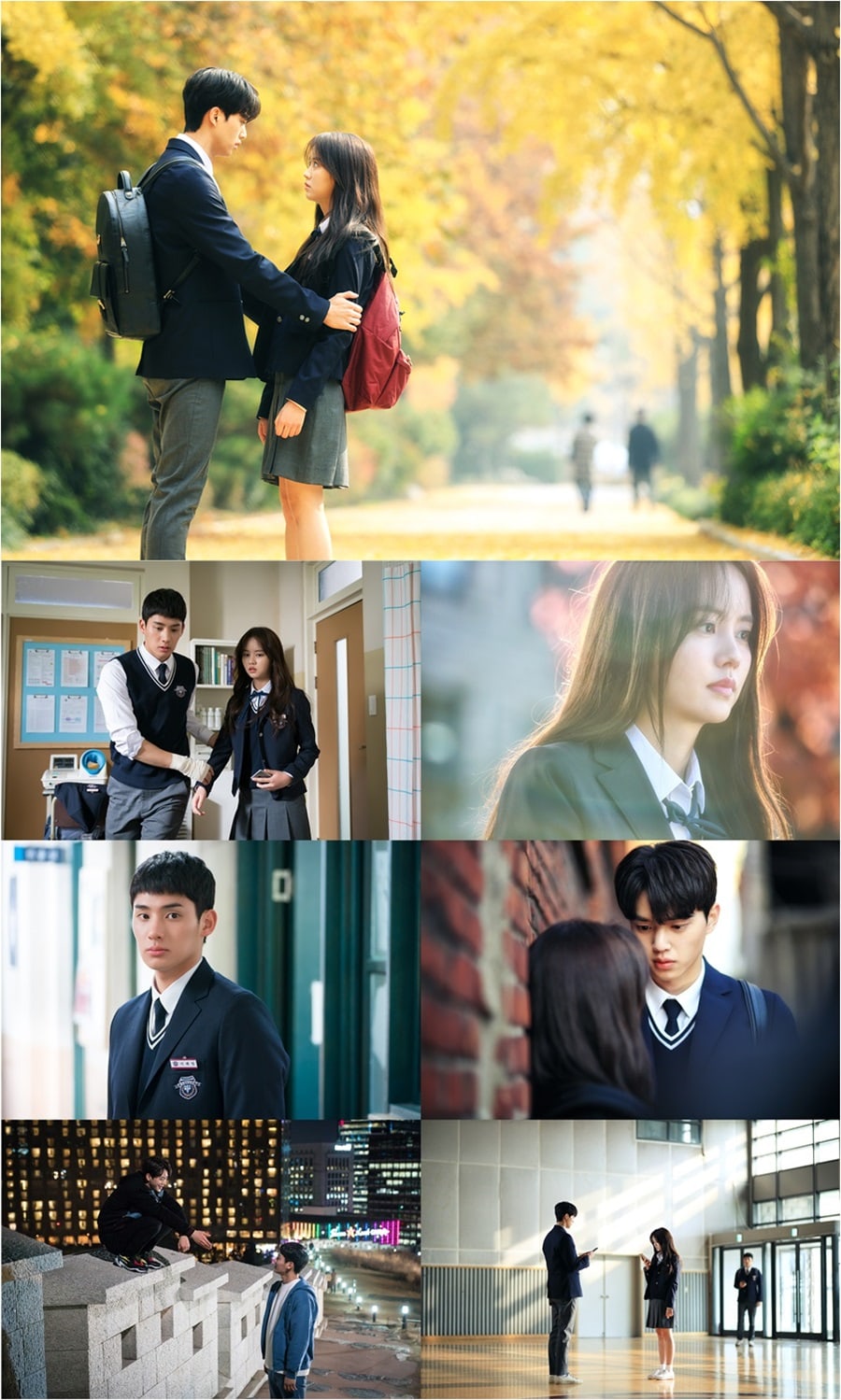 The images showcase the three main characters, Jo Jo (played by Kim So Hyun), Hye Yeong (played by Jung Ga Ram), and Sun Oh (played by Song Kang), as they experience various moments of excitement and pain while being drawn to each other and verifying each other’s feelings.

Former model and popular guy Sun Oh transfers to Jo Jo and Hye Yeong’s school, and through the Love Alarm app, Jo Jo recognizes Sun Oh’s feelings for her and experiences a happiness that she never thought she would feel again.

However, they must face the barriers of reality and the gazes of those around them. For instance, Hye Yeong, who is like a brother to Sun Oh, takes a step back for Jo Jo and Sun Oh’s budding romance to develop, but he can’t give up his feelings for Jo Jo, whom he liked first. These conflicts show that while the characters have gotten an application like Love Alarm, the feelings of liking someone are still not that easy.

Director Lee Na Jung stated, “Liking someone takes courage, and it also makes you reflect on yourself,” building curiosity over what events might occur with these characters after getting swept up with Love Alarm.

“Love Alarm” will be available on Netflix August 22. Check out the trailer here!