“Melo Is My Nature” premiered on August 9 and follows the story of three women as they try to navigate dating and the struggles of their day-to-day lives. The drama stars Chun Woo Hee, Jeon Yeo Bin, Han Ji Eun, Ahn Jae Hong, and Gong Myung, and was off to a modest start in ratings with its first episode.

The new stills give viewers a sneak peek in to the cameo appearance Kim Doyeon will make in the drama as popular girl group member and actress Doyeon. She has quite the aura as she sits, watching as Han Joo (played by Han Ji Eun) and Jae Hoon (played by Gong Myung) are anxiously facing her holding some fried chicken. She doesn’t look too pleased about something, and there is set to be a bit of tension as Han Joo and Jae Hoon try to include product placement in the drama Doyeon is appearing in. 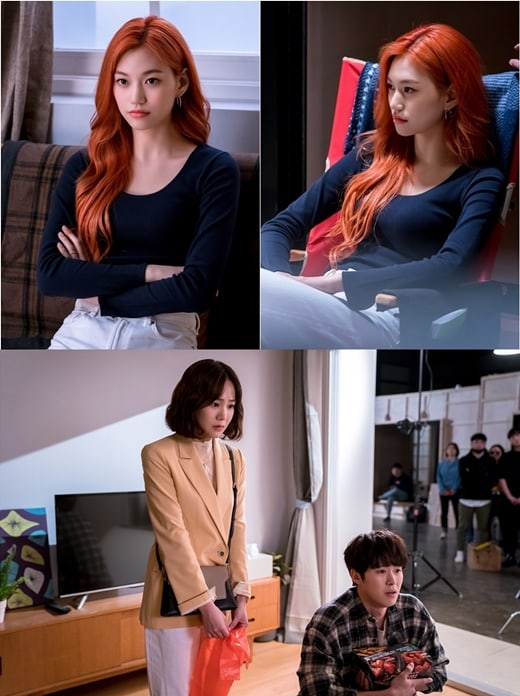 The production staff stated, “Kim Doyeon happily agreed to the cameo appearance, and she was energetic and lively on set. Though she wasn’t with us for a long time, she boasted great chemistry with Han Ji Eun and Gong Myung, and was very professional throughout filming,” and “Her charming personality won everyone over on set, and we hope viewers will feel her energy too.”

The upcoming episode with Kim Doyeon will air on August 10 at 10:50 p.m. KST. “Melo Is My Nature” is coming soon to Viki!

Weki Meki
Gong Myung
Kim Doyeon
Han Ji Eun
Melo Is My Nature
How does this article make you feel?