The cast and crew of tvN’s upcoming drama “Crash Landing of Love” (tentative title) gathered for the first script reading.

“Crash Landing of Love” is about a wealthy heiress named Yoon Se Ri (played by Son Ye Jin) who, while paragliding, is forced to land in North Korea due to high winds. A North Korean officer named Ri Jung Hyuk (played by Hyun Bin) ends up falling in love with her as he hides and protects her. 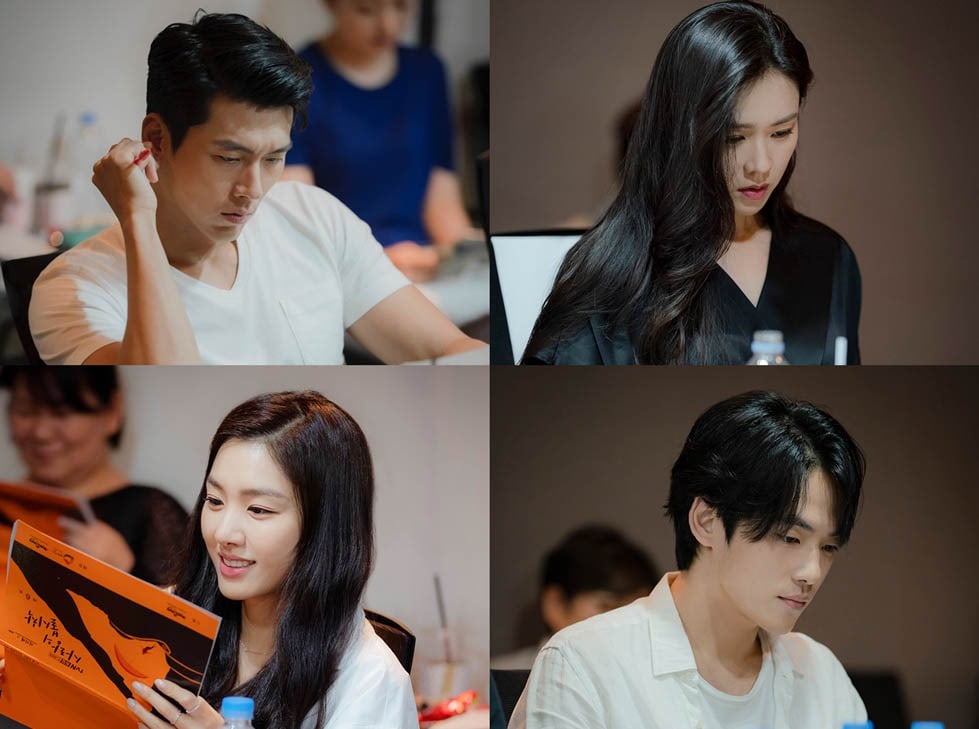 Hyun Bin was quick to immerse into his role as he showed off Ri Jung Hyuk’s charismatic yet sometimes cute side. Son Ye Jin lit up the room with her lovely and bright image. The two leads teased the main characters’ fateful encounter and relationship full of bickering, marking the beginning of a top-secret love story that will heat up the second half of the year.

Seo Ji Hye transformed into Seo Dan, an aspiring musician who grew up in North Korea in opulence, and showed off her characters’ charms with a haughty and ambitious look. Kim Jung Hyun played the part of Goo Seung Jun, a mysterious businessman, with ease. 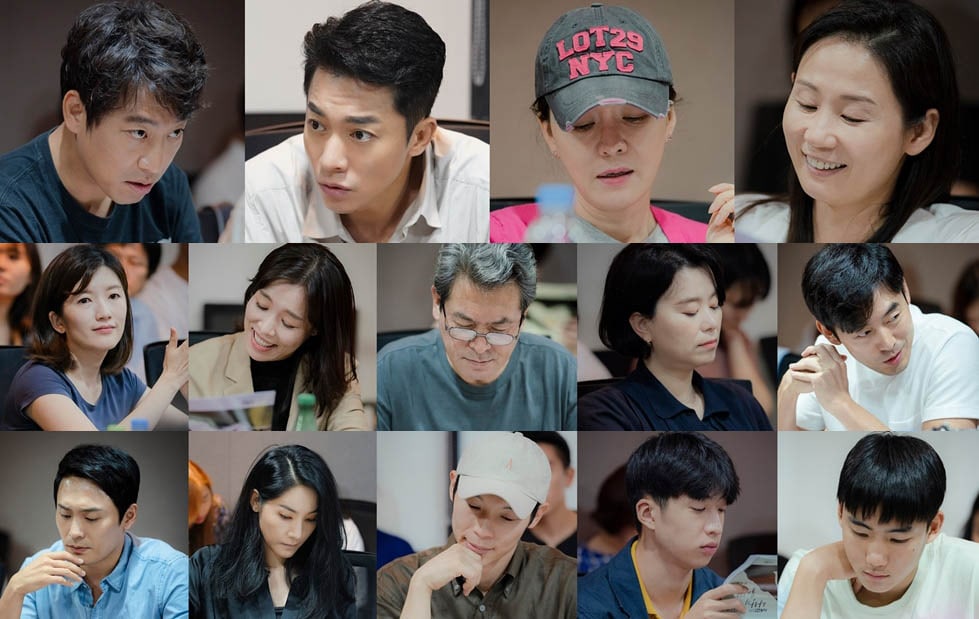 The line up of actors and actresses who will play North Korean soldiers is also drawing attention. Jo Chul Kang (played by Oh Man Seok) and Jung Man Bok (played by Kim Young Min) are expected to raise tensions in the show, while Pyo Chi Soo (played by Yang Kyung Won) will act as the mood maker. Yoo Su Bin, who plays Kim Joo Muk, a soldier who is well-informed of South Korean affairs, and Tang Jun Sang, who plays Keum Eun Dong, the youngest North Korean soldier, boasted fantastic chemistry with the leading couples.

In addition, Kim Jung Nan, Kim Sun Young, Jang So Yeon, and Cha Chung Hwa will appear as a group of middle-aged North Korean women who will have viewers cracking up with their humorous antics.

Director Lee Jung Hyo commented, “Everyone will work hard in order to stay healthy and enjoy being on set until the end, so I hope it will be a fun and exciting shoot.”

The drama is scheduled to air sometime in the second half of this year.