If You Remember These 7 Things About K-Pop, You’re An Old-School Fan

K-pop may not be literally as old as time, but it surely has been around for the longest time. With the birth of this popping and ever-so-versatile genre, a whole new culture came to be and shaped the early teenage years of many. In fact, some of these veteran fans are still loyal to their music taste to this day and have seen K-pop grow from a domestic sound to a phenomenon that took the world by storm.

As we take a trip down memory lane, here are seven things about K-pop that old-school fans will remember!

1. Where it all started: Gayo

Before this rich genre adopted “K-pop” as its umbrella term, it used to be known more as “gayo” back in the day. Still used in Korea, gayo is the term that refers to mainstream music in South Korea, which also includes music from K-pop idols. One of the earliest K-pop acts that gained popularity was Seo Taiji and Boys in 1992. They also happen to be one of the first Korean pop artists to implement rap in their music.

Fun fact: the music show “Inkigayo” literally means “popular music” and has been on air since 1998.

With K-pop going viral domestically, a new wave saw the light of day: idol culture. H.O.T., SECHSKIES, Fin.K.L, and S.E.S. were the leading idol groups in the late ’90s, and with that, the fangirling/fanboying fever came to be. And it is still fervently ongoing!

When it comes to solo careers, BoA and Rain are some of the best-known idols who have maintained their popularity over the years as pioneers of K-pop, and their respective fandoms have loyally accompanied them in their arduous journey.

The mid-2000s introduced the second idol generation with a surge of some of the hottest K-pop groups, such as Super Junior, Girls’ Generation, BIGBANG, SHINee, 2PM, 2NE1, Wonder Girls; and the list goes on!

In the early days, listening to K-pop was a true challenge. There was no iTunes, Spotify, or YouTube; there were only cassettes before CDs became a thing later on. Fans had a physical collection that enabled them to enjoy their favorite songs, and most of them burned CDs in order to build their own music library. 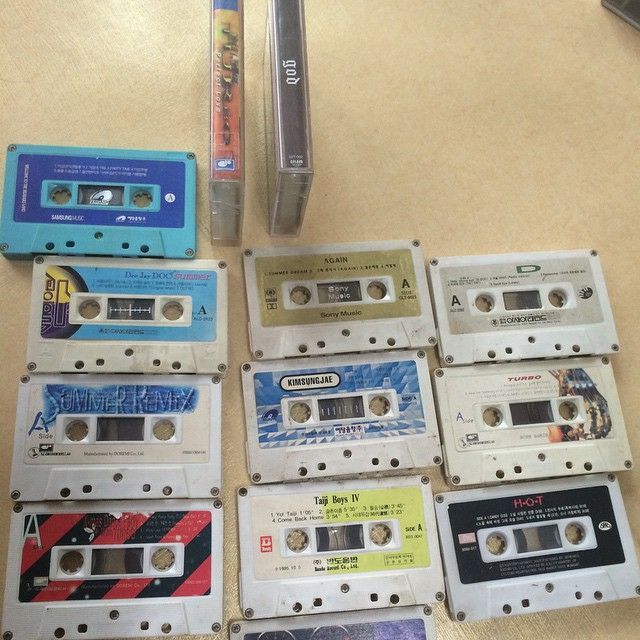 K-pop is known for many things, and its peculiar concepts are definitely a recurrent characteristic. The style oscillated from matching uniforms and rocking funky haircuts to flaunting extravagant outfits and colorful hairstyles across generations.

Back then, year-end ceremonies were such a delight because of the many collaborative stages between idol groups that crowned these award shows. The most exciting ones were undoubtedly the guy/girl collabs because that meant awesome covers and more idol interactions!

Another old but gold moment from the past is the much-anticipated family concert that different labels used to celebrate. What was once a regular tradition has slowly started to fade away and is not as common as before, but the good memories left behind are definitely not forgotten!

Back then, just when we thought our favorite idols had given us their best yet in terms of entertainment, their acting talent came shining through! Although K-drama parodies are few, they definitely remain as one of the best souvenirs that K-pop has brought our way.

Are you an old-school K-pop fan? If so, what is your favorite memory? Let us know in the comments below!