Watch: GOT7’s JB Dances With Weki Meki’s Choi Yoojung To “Hard Carry,” Then Cracks Everyone Up With His Response To Jung Hyung Don’s Teasing

GOT7’s JB had a hilarious response to Jung Hyung Don’s teasing on the latest episode of “Mafia Game in Prison”!

The August 17 broadcast of the tvN variety show featured Weki Meki’s Choi Yoojung and Kim Doyeon as guests, and Choi Yoojung kicked off the episode by revealing that she had prepared a special dance cover. Knowing that JB was a member of the cast, Choi Yoojung surprised everyone by putting on a performance of GOT7’s “Hard Carry.”

A delighted JB immediately joined Choi Yoojung in dancing to the choreography for the famous GOT7 hit, and he thanked her afterwards with a friendly bow and handshake. 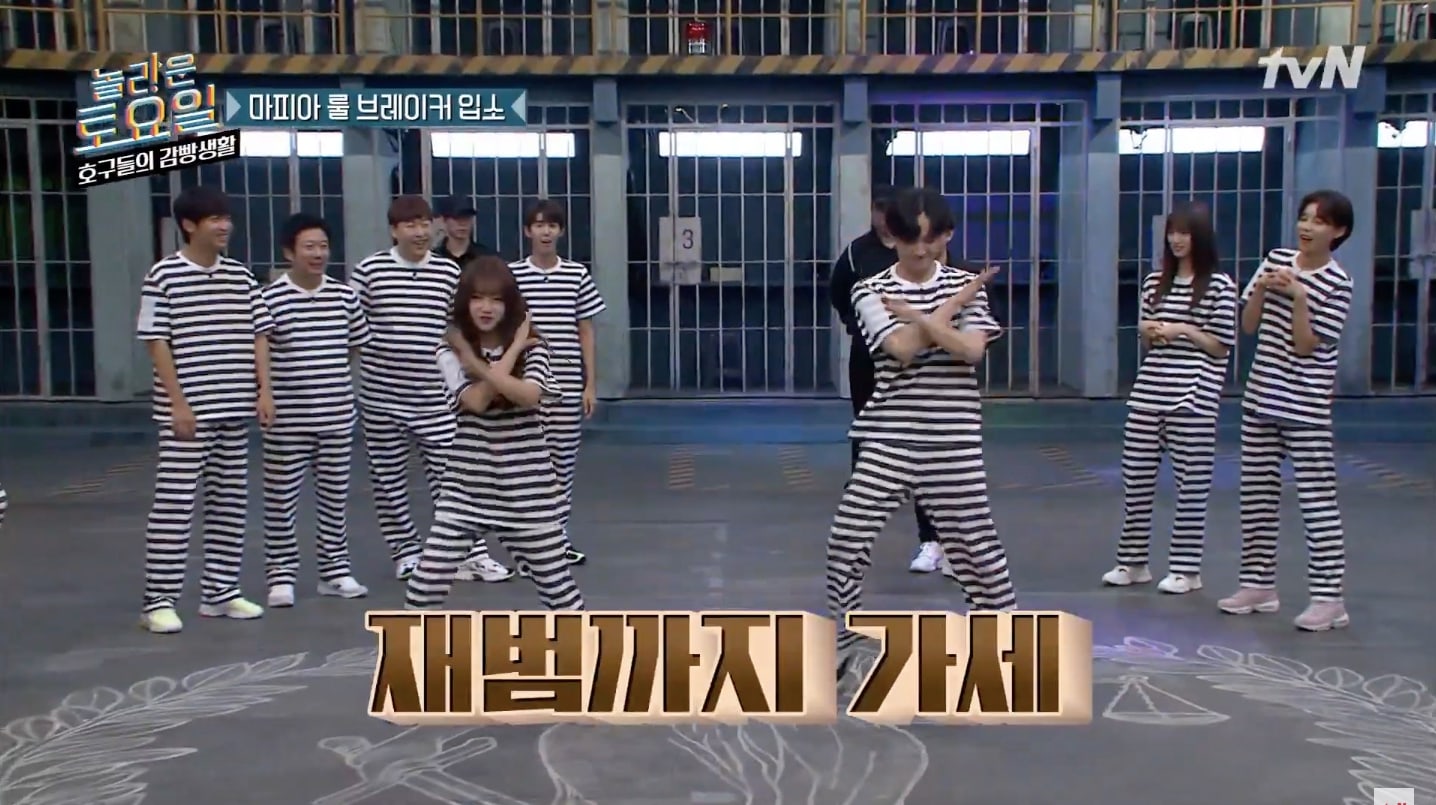 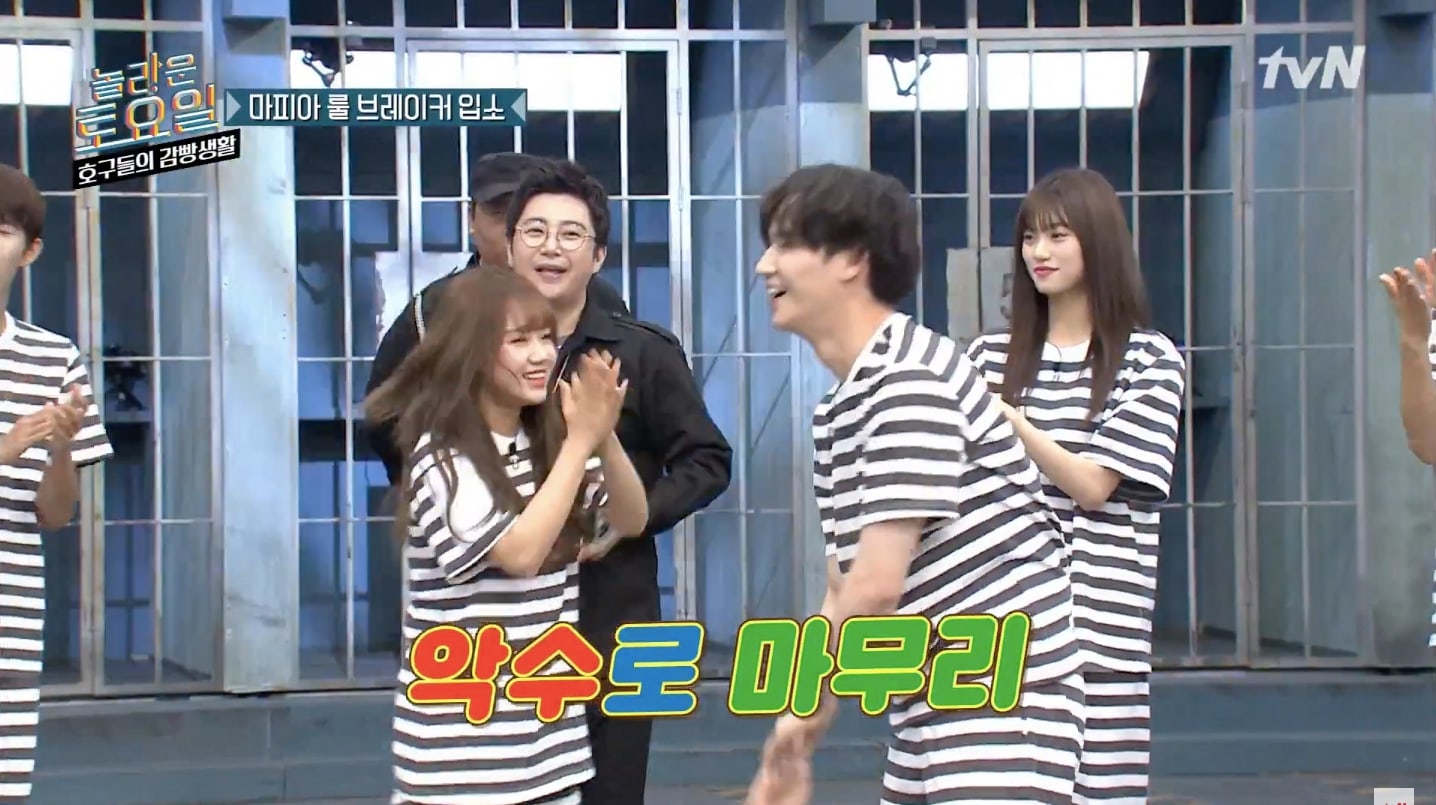 After seeing the two idols shake hands, the mischievous Jung Hyung Don grabbed JB and teasingly asked, “Why did you hold her hand?”

JB then made everyone burst into laughter by jokingly replying, “If I don’t do it now, when would I ever be able to?” 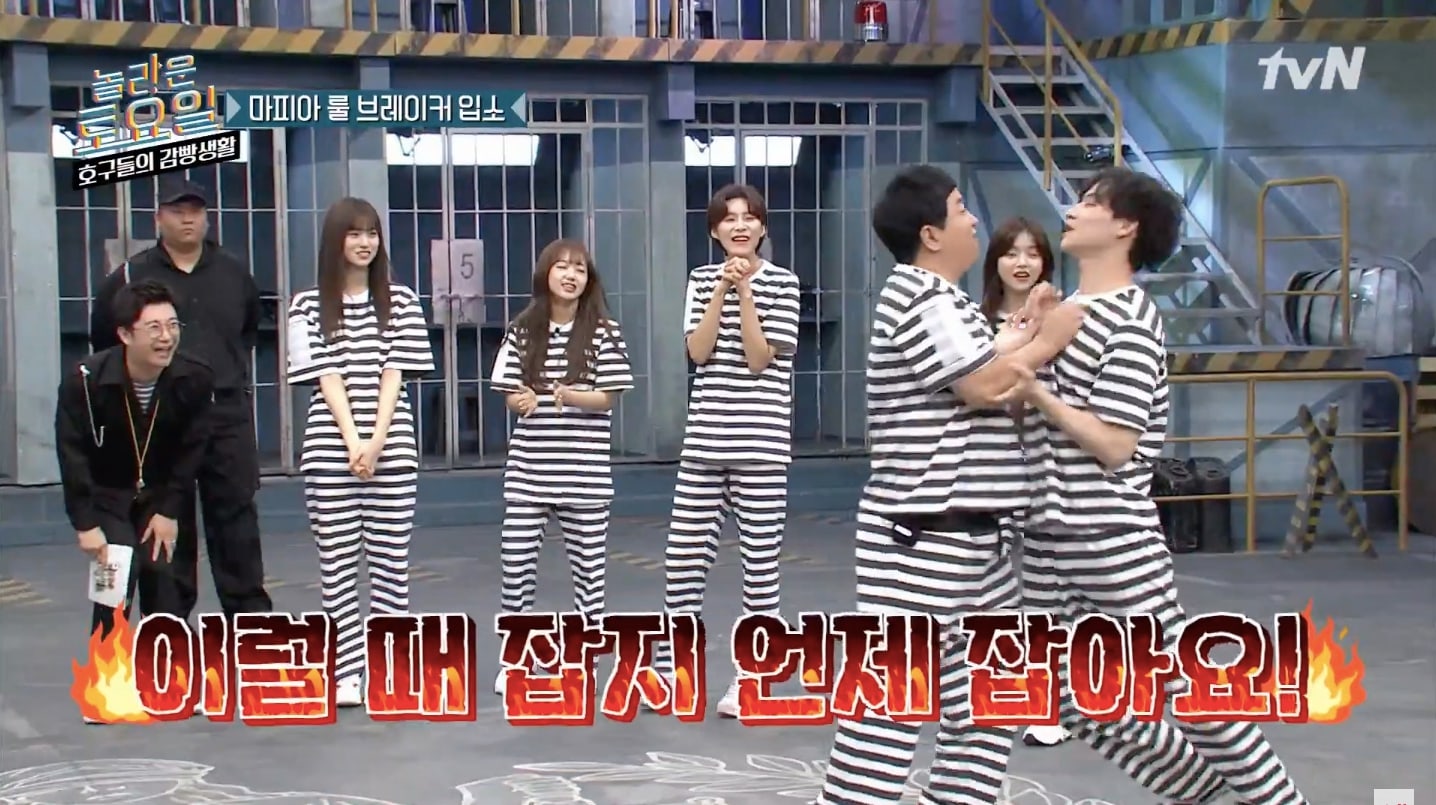 Watch the clip of JB and Choi Yoojung dancing to “Hard Carry”—and then getting teased by Jung Hyung Don—below!

GOT7
Weki Meki
Choi Yoojung
JAY B
Jung Hyung Don
Mafia Game in Prison
How does this article make you feel?