FTISLAND’s Lee Hong Ki has gotten people guessing with a cryptic comment that he left on bandmate Minhwan‘s Instagram!

On August 16, Minhwan and Yulhee officially announced through FTISLAND’s agency that they were expecting their second child, and the drummer took to Instagram to personally confirm the happy news. In his post, Minhwan referred to their first son by his nickname Jjang, writing, “Jjang now has a younger sibling!”

Many fans are now speculating that Lee Hong Ki was hinting that Minhwan and Yulhee are expecting twins.

Notably, Yulhee mentioned on a recent episode of the KBS reality show “Mr. House Husband” that she wanted to have three kids. 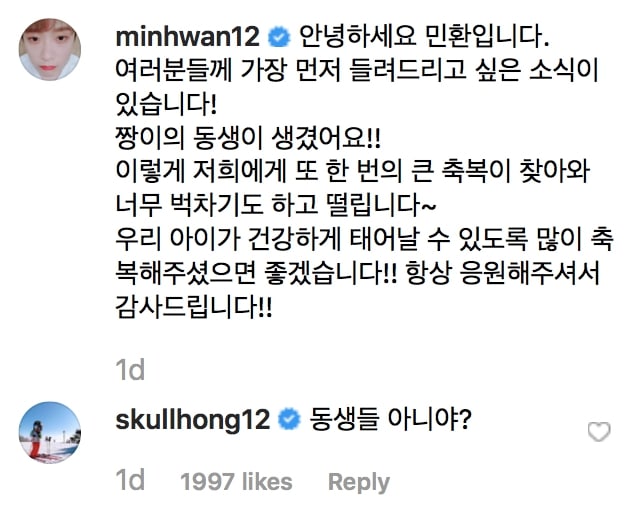