Noh Hong Chul recently talked about being friends with Yoo In Na and IU!

When Noh Hong Chul noticed Yoo In Na walking into the room, he immediately questioned, “What are you doing here?” He explained, “Yoo In Na and I are friendly enough to visit each other’s houses,” surprising everyone on set.

Yoo Hee Yeol later pointed at Noh Hong Chul and jokingly asked Yoo In Na, “How did you become friendly with this?” She responded, “10 years ago, I met IU and Noh Hong Chul for the first time on a variety show. We’ve been sharing stories and hanging out ever since.” 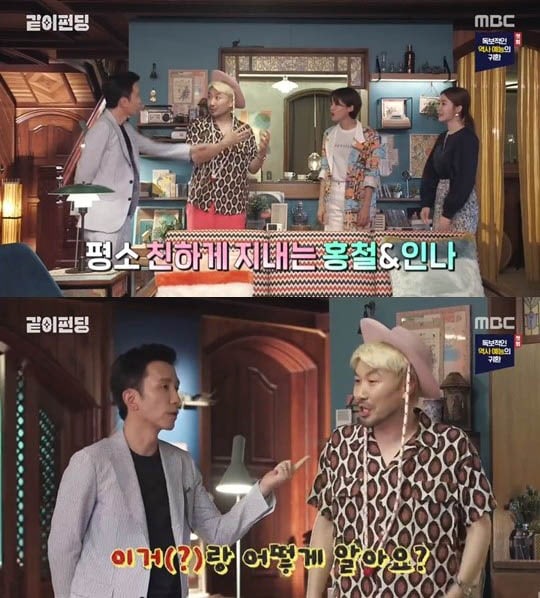 Noh Hong Chul also added, “We’ve been really close. But now that I’m seeing [Yoo In Na] at work all dolled up, it’s really strange.” He then provided an additional explanation, saying, “I appeared in a program with Yoo In Na and IU when they were rookies. [The three of us] got along well so we meet often. We had a lot of serious talks too.”

“Funding Together” is a program that follows celebrities as they come up with ideas that may be difficult to achieve alone, but can become possible with the help of viewers through crowdfunding. Yoo In Na, Yoo Joon Sang, and Noh Hong Chul were the show’s first celebrity guests to come up with ideas.

IU
Noh Hong Chul
Yoo In Na
How does this article make you feel?