“Tazza: One-Eyed Jack” has unveiled its main trailer and character posters ahead of the movie’s premiere!

“Tazza: One-Eyed Jack” is based on a comic of the same name and will be the third installment in the “Tazza” film series. It follows the story of Do Il Chool, a talented poker player and the son of Jjakgwi, a character from the first and second movies.

The newly released trailer opens with Do Il Chool (played by Park Jung Min) transforming from a deadbeat student to a charismatic poker player, accompanied by a voice-over that states, “How great is it? Whether you’re rich or poor, as soon as you hold seven cards in your hand, you’re equals. Isn’t it worth a try?”

Do Il Chool is shown to be hounded by debt collectors when a mysterious long-haired man (played by Ryoo Seung Bum) approaches him and says, “I’m your chance to change your life.” He then introduces the One-Eyed Jack, an “invincible card that can become anything and beat anyone.”

After joining a group of swindlers that includes the cocky Kkachi (played by Lee Kwang Soo), the alluring Young Mi (played by Lim Ji Yeon), and the wry Director Kwon (played by Kwon Hae Hyo), Do Il Chool finds himself in increasingly high-stakes gambling situations. The trailer ends with him slamming down a handful of chips and saying, “All in.”

In addition to the trailer, “Tazza: One-Eyed Jack” also released individual posters for eight of the characters as they participate in shady games of poker. Check them out below: 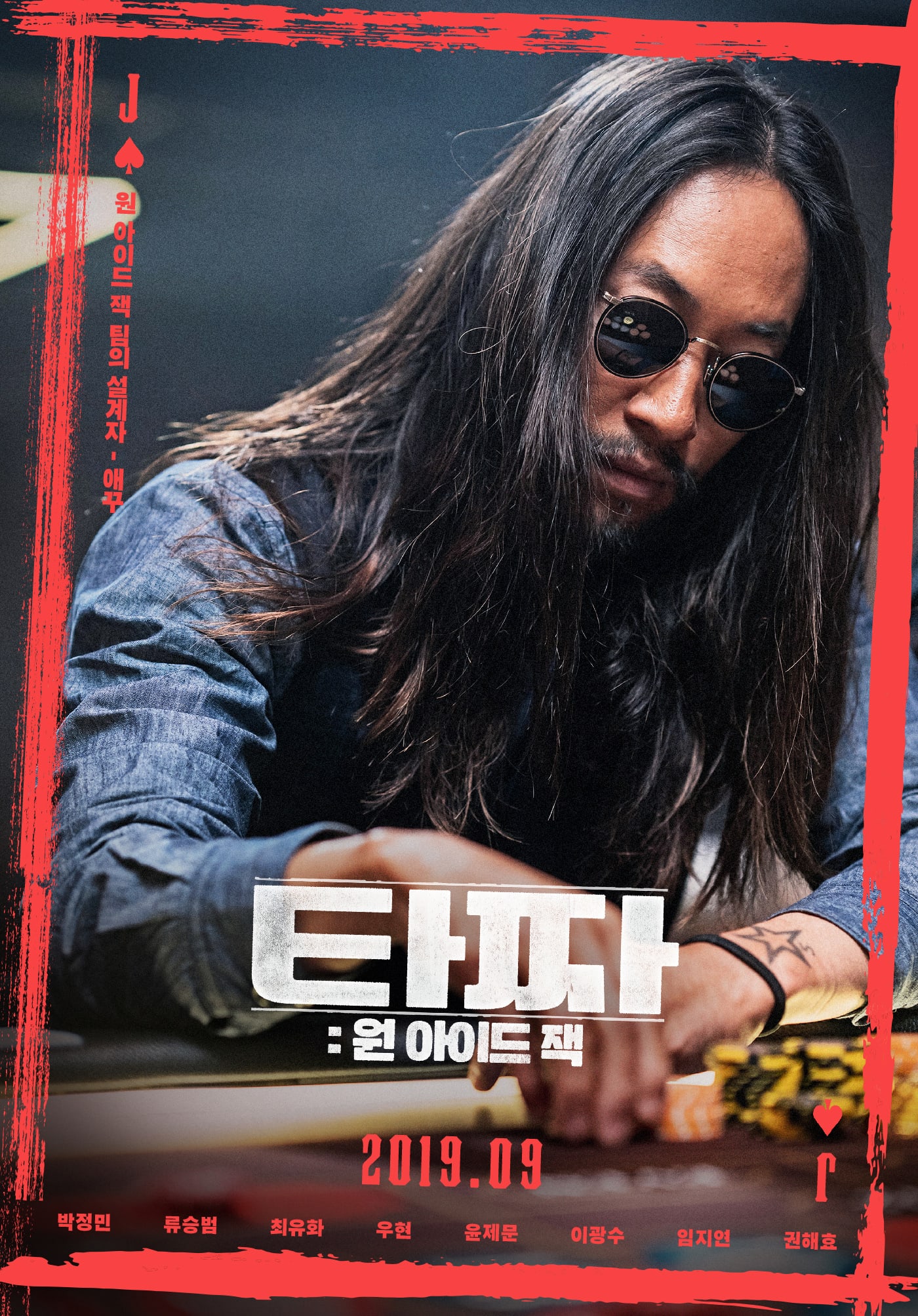 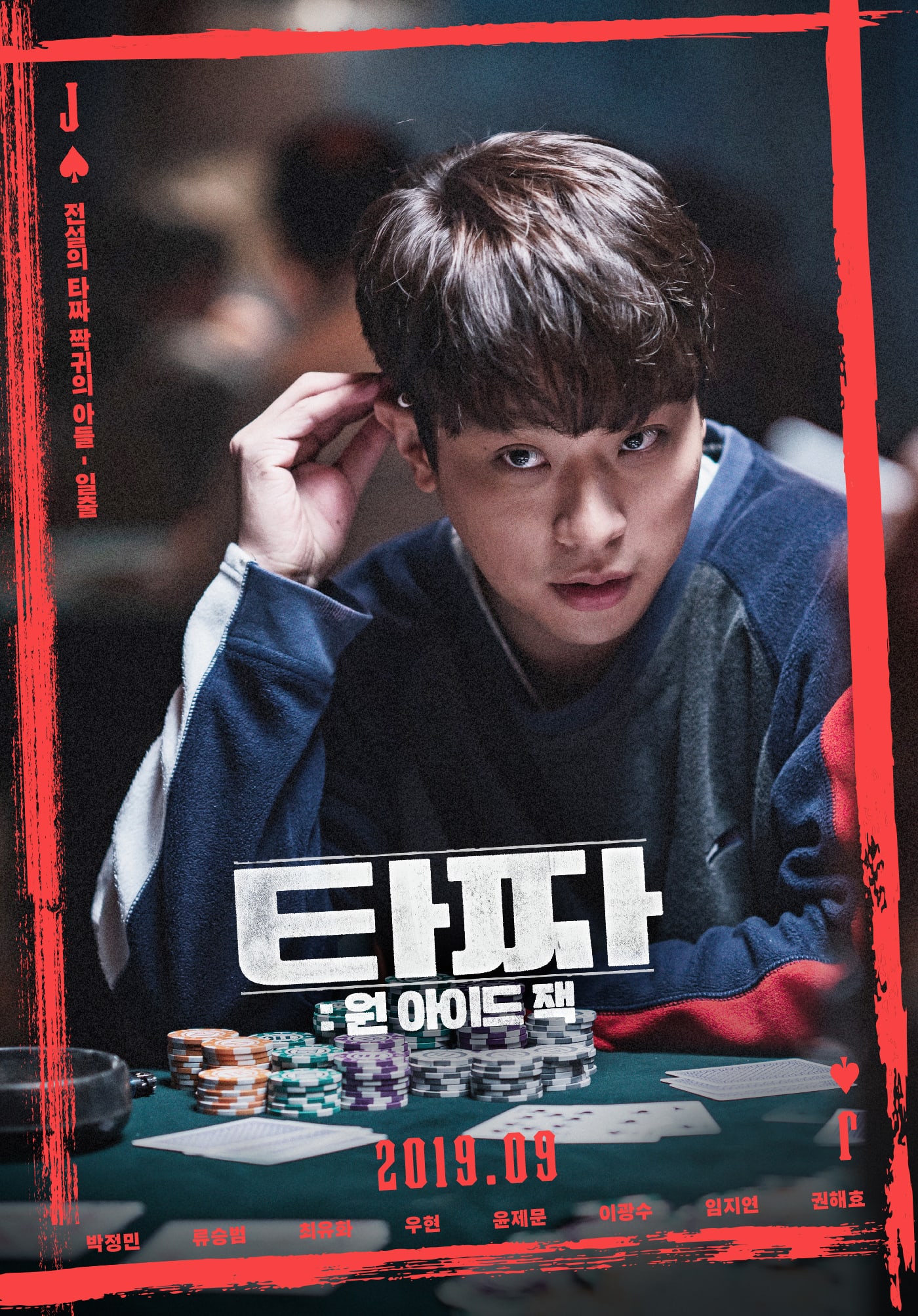 A mystery figure in the world of poker, Madonna (Choi Yoo Hwa): 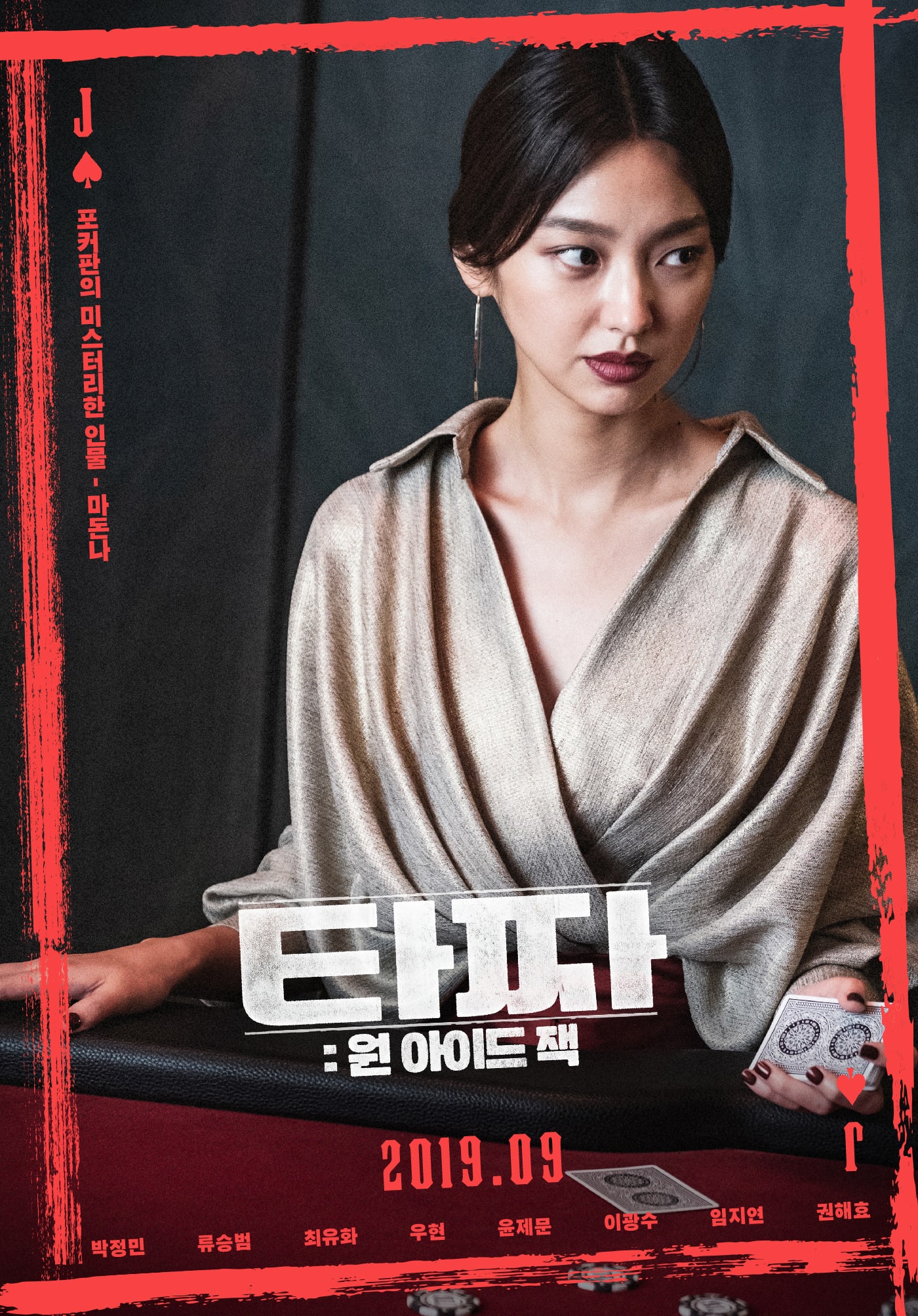 A nouveau riche who only knows money, Moolyounggam (Woo Hyun): 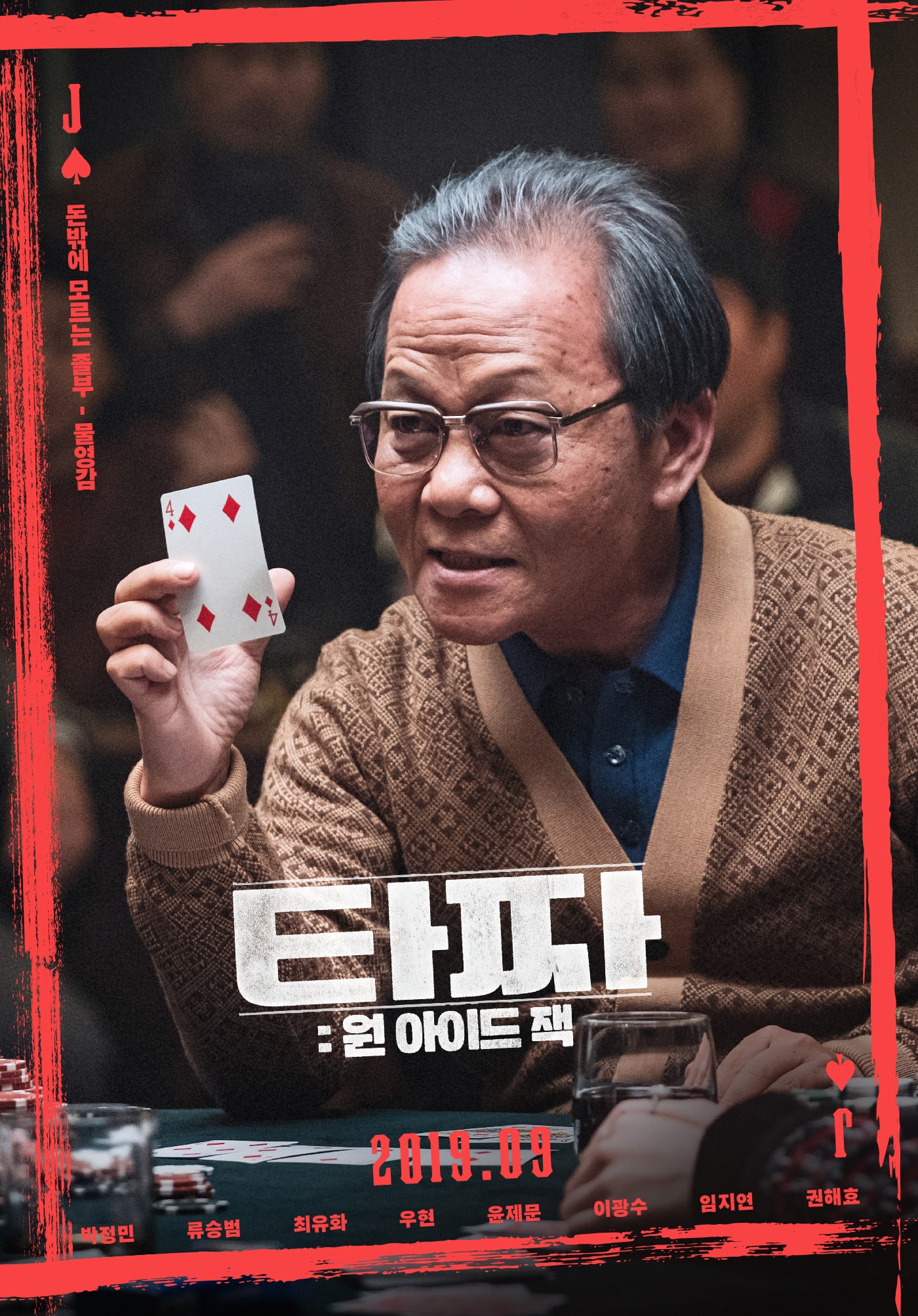 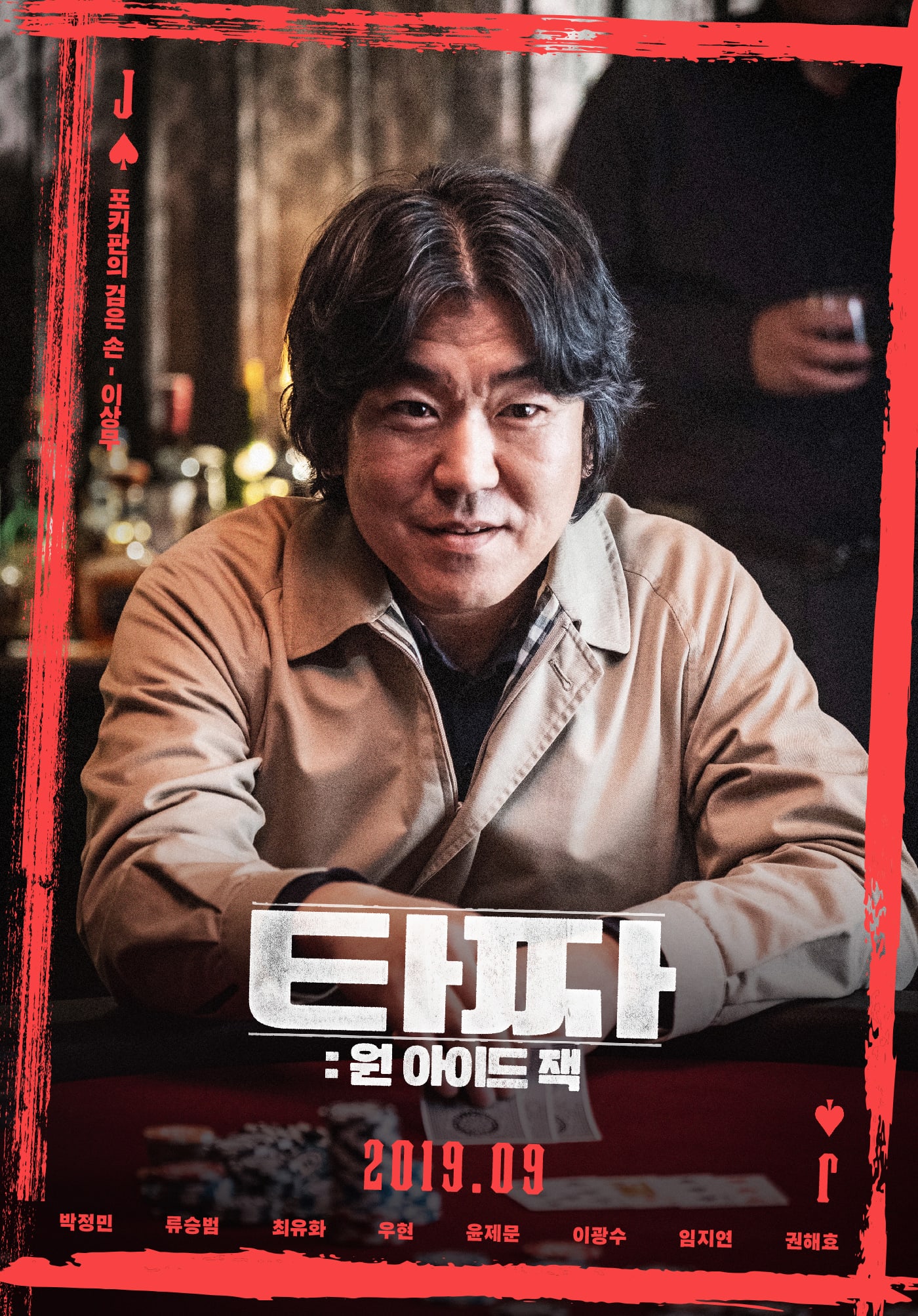 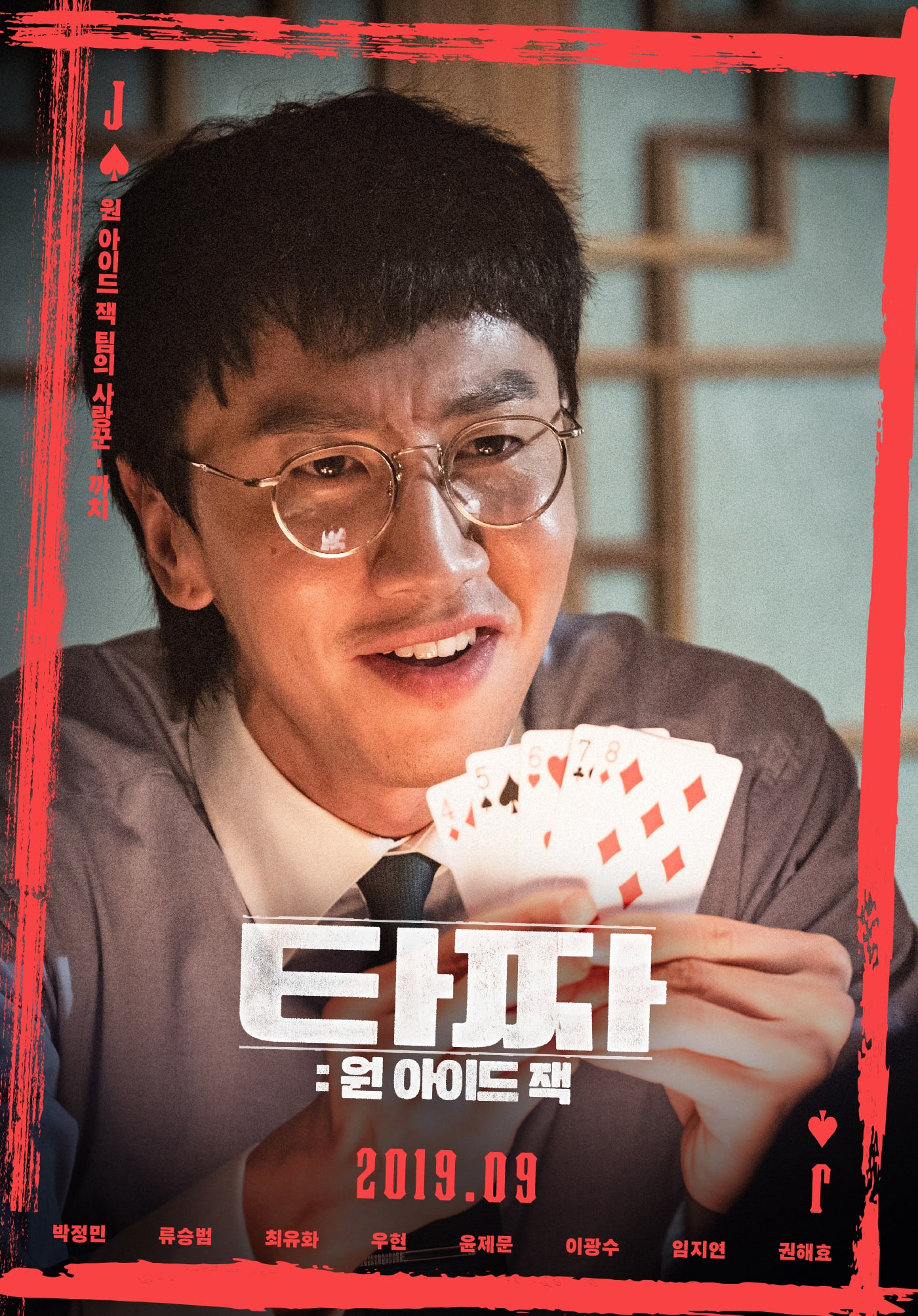 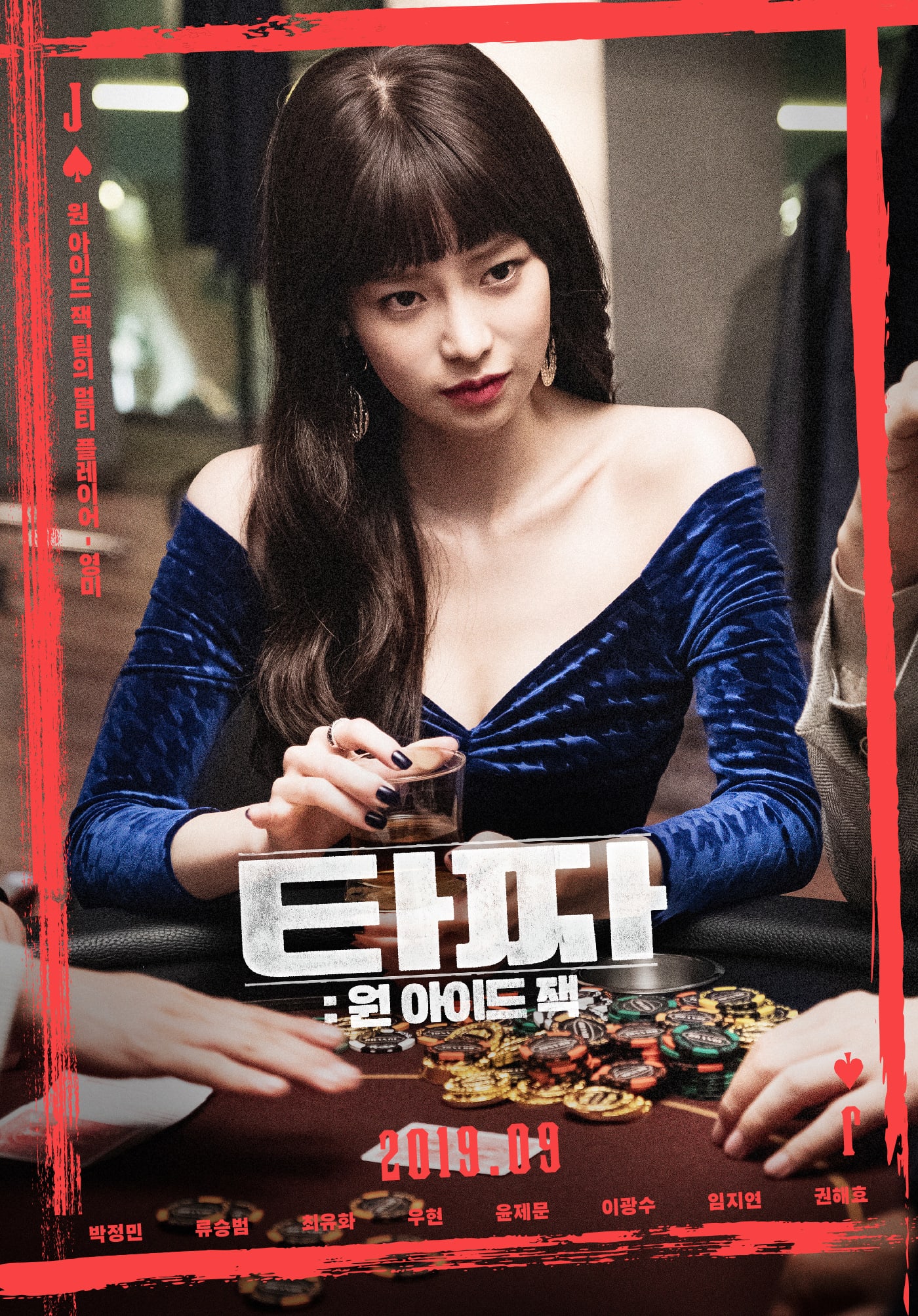 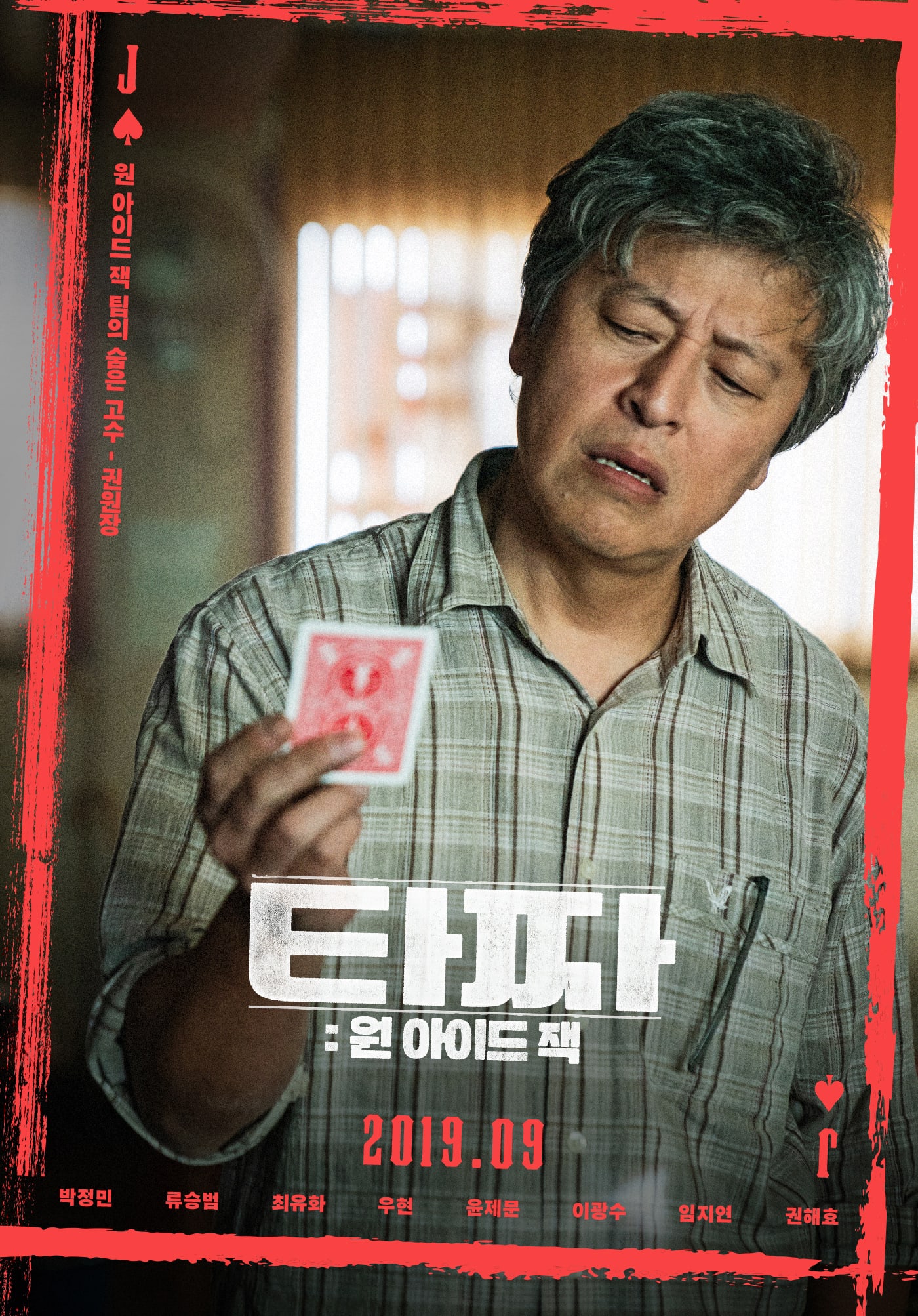