In the carefree pictorial, Hyeri pulls off silly and vibrant poses. She was full of laughter and playful on set and left the staff in awe when posing in front of the camera.

In the accompanying interview, she talked about her personality. “I don’t get shy,” said Hyeri. “I don’t use up my energy though. It’s just my personality. If I do this, then the other person cheers up and it also boosts my energy. I get even more [excited] when I’m working. In the case of today, everyone is working with me as the center of focus. I don’t want to give off the vibe that [we’re just] working until the moment the camera turns off.” 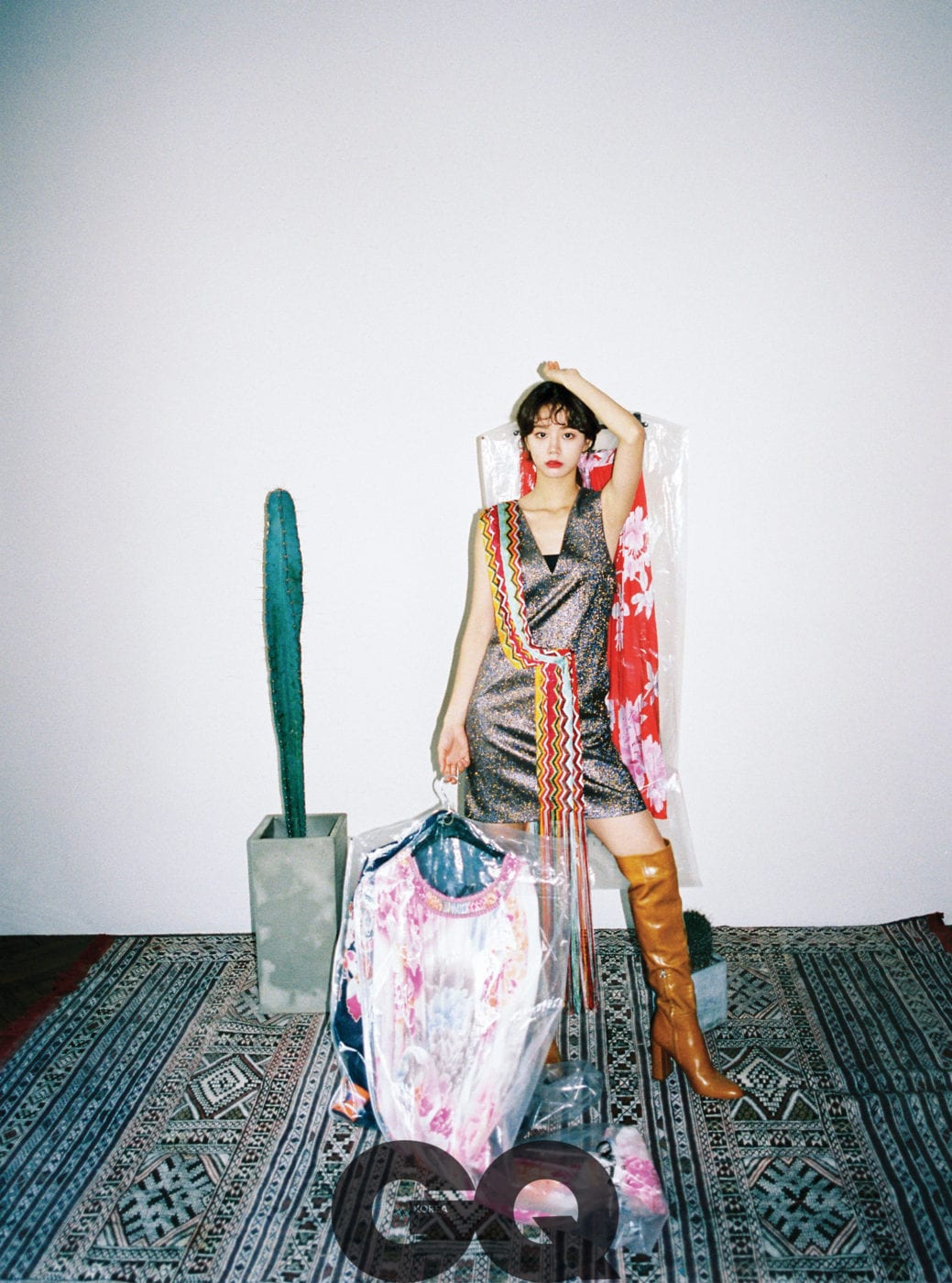 Hyeri got her big acting break after appearing in tvN’s “Reply 1988.” Speaking candidly about the effects of its success, she said, “It was really scary to accept shortcomings that arose after having received lots of love. It was even harder to do so after avoiding it. So I thought that I should try to reflect on it and accept it one at a time. After I did that, I gained the energy to try again. I have now learned how to look back on myself and am trying my best in order to not regret this moment.” 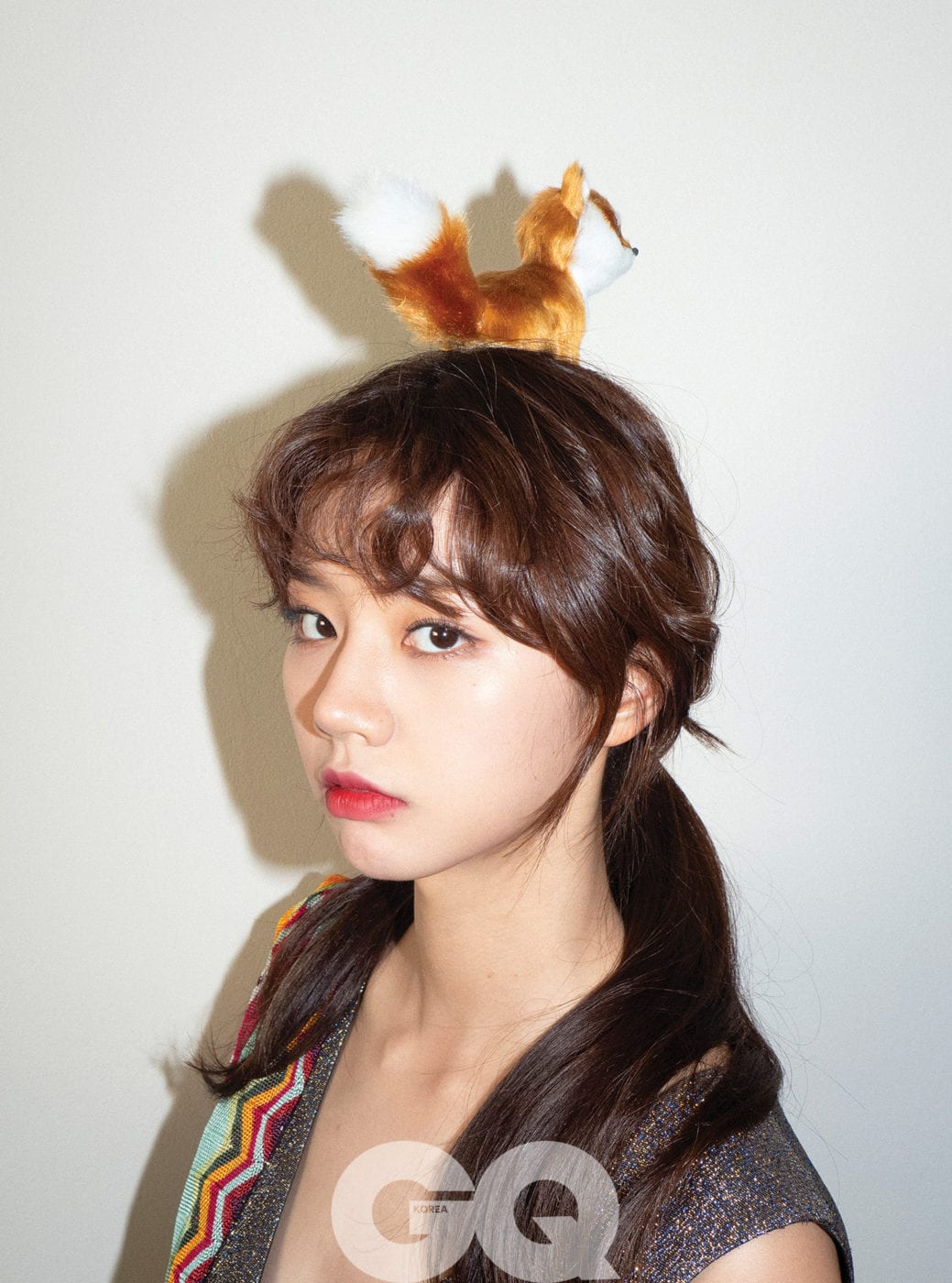 The idol-turned-actress is currently preparing to star in tvN’s upcoming drama “Miss Lee.” “[Lee] Sun Sim is a delicate person unlike me,” revealed Hyeri. “She’s 26 years old and is the same age as me. She’s at the age of [entering] the real world. When I listen to stories from same-aged staff members, the world is too big and there’s definitely a limit on what you can achieve on your own. I sometimes get so upset while reading the script that I want to fight on her behalf.”

She added, “I’m focusing my emotions on [the hope that] people will gain courage after watching Sun Sim grow and overcome.” 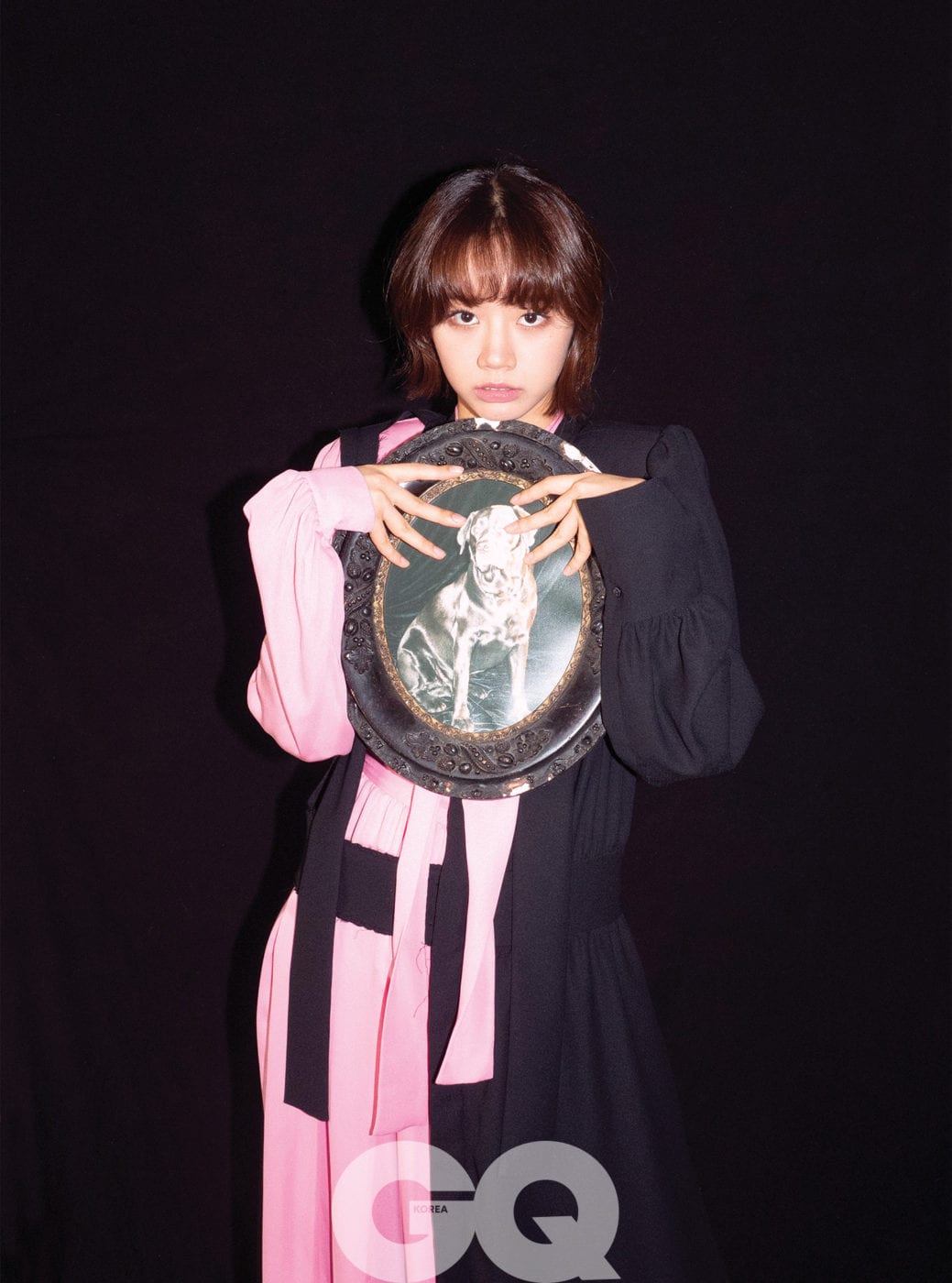 In July, Hyeri launched a YouTube channel and has been posting vlogs of her everyday life. “I didn’t know that I didn’t look that great [in the videos],” said Hyeri with a laugh. “I hoped that it wouldn’t seem like a broadcast. I hoped it wouldn’t seem unnatural, and I wanted to show people a part of me that they didn’t know. The members said, ‘You’re amazing for showing things like that,’ but I like showing myself naturally. I have the most fun when I watch my videos and when I see myself on TV. [Especially] when I have a lot of screen time!” 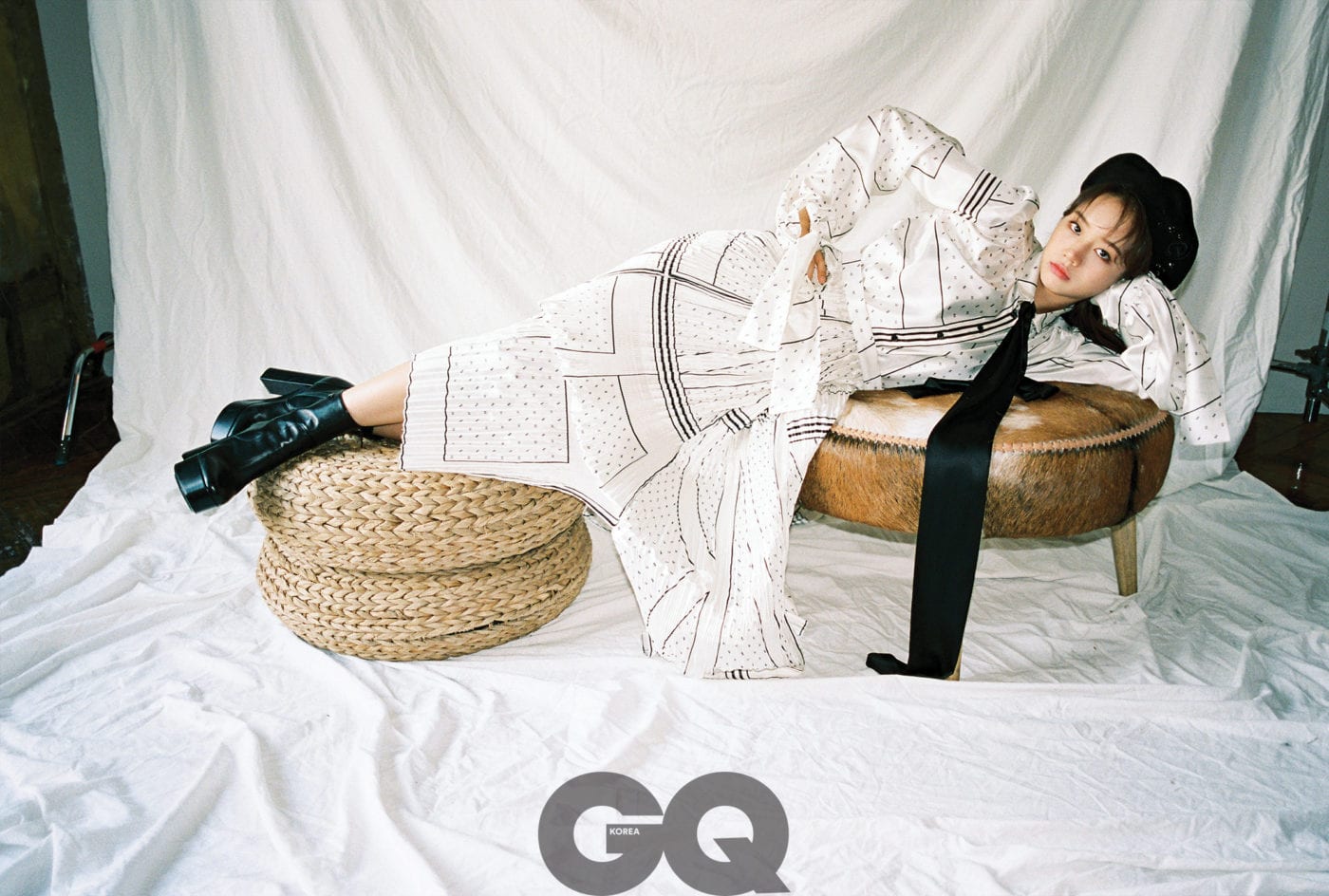 Describing some aspects of herself that people may not know, she continued, “Who would’ve thought that I was good at cooking? I am good at cooking, especially braised short ribs. I’m also unexpectedly meticulous. I’ve never lost anything. Do you want to see the memos on my phone? I put in a checklist of everything I have to do that day, and the script I need to memorize from Day 1 to Day 100.” 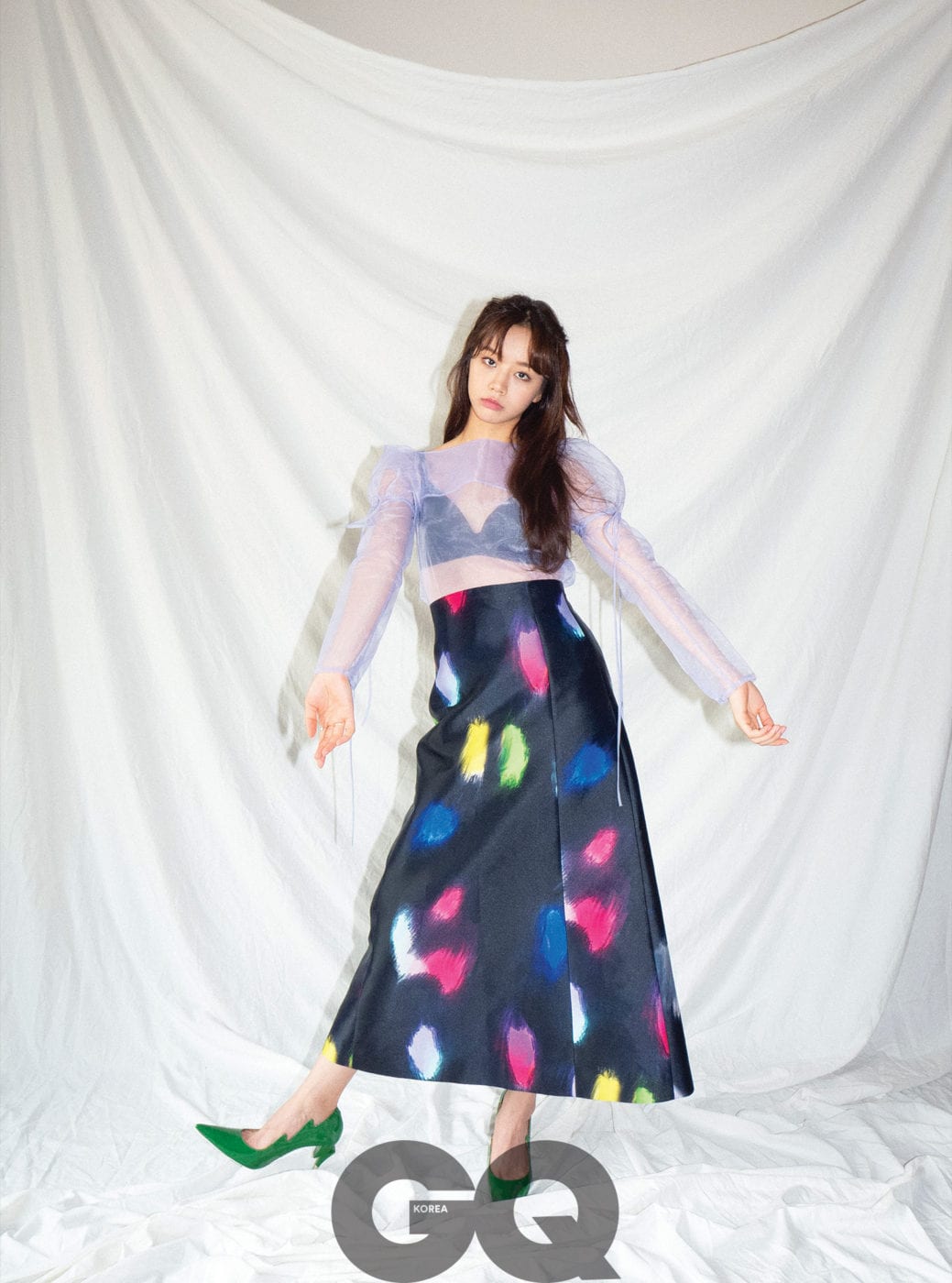 Hyeri was recently inducted into UNICEF’s Honors Club as its youngest member after donating 100 million won (approximately $83,210). She explained, “I think that I enjoy many things compared to what I have, so I feel embarrassed. My mom gave back by volunteering since we were poor, and I’m not really materialistic. Someone might need something that I don’t. And if I share that, then everyone becomes satisfied. So I think that’s a natural and good thing.”

“I want to become someone who shares delicious things with people,” stated Hyeri with a smile. 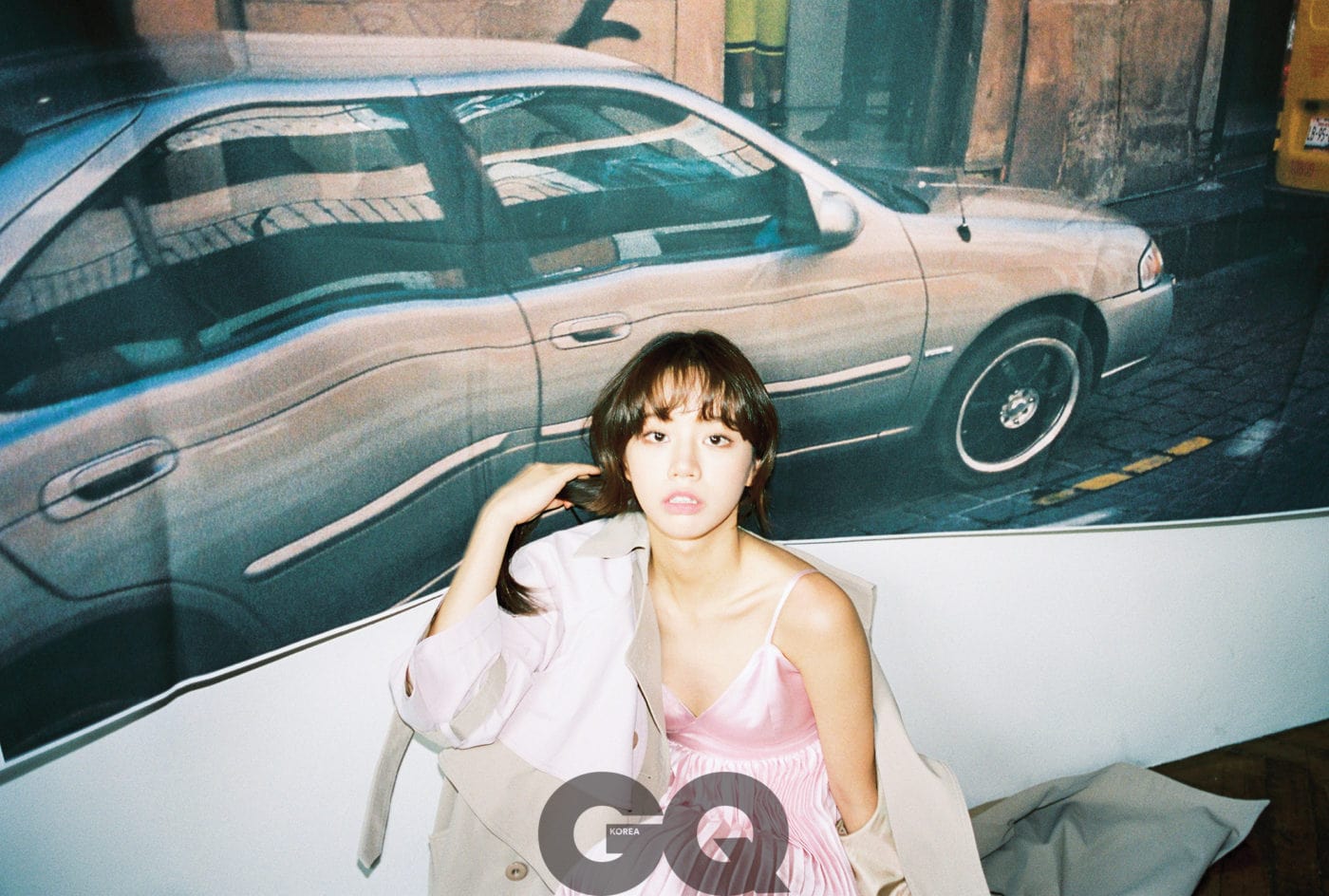 Hyeri’s photo shoot and interview can be found in the September issue of GQ Korea.

Girl's Day
GQ Korea
Hyeri
How does this article make you feel?