Gaon Chart has revealed its chart rankings for the week of August 11 to 17!

NCT Dream’s latest mini album “We Boom” took both No. 1 and No. 3 on this week’s physical album chart: the traditional version of the mini album topped the chart, while the Kihno version charted separately at No. 3. Kang Daniel‘s “Color on Me” came in at No. 2 for the week, followed by EXO-SC’s “What a Life” at No. 4 and EXO’s Baekhyun‘s “City Lights” at No. 5. 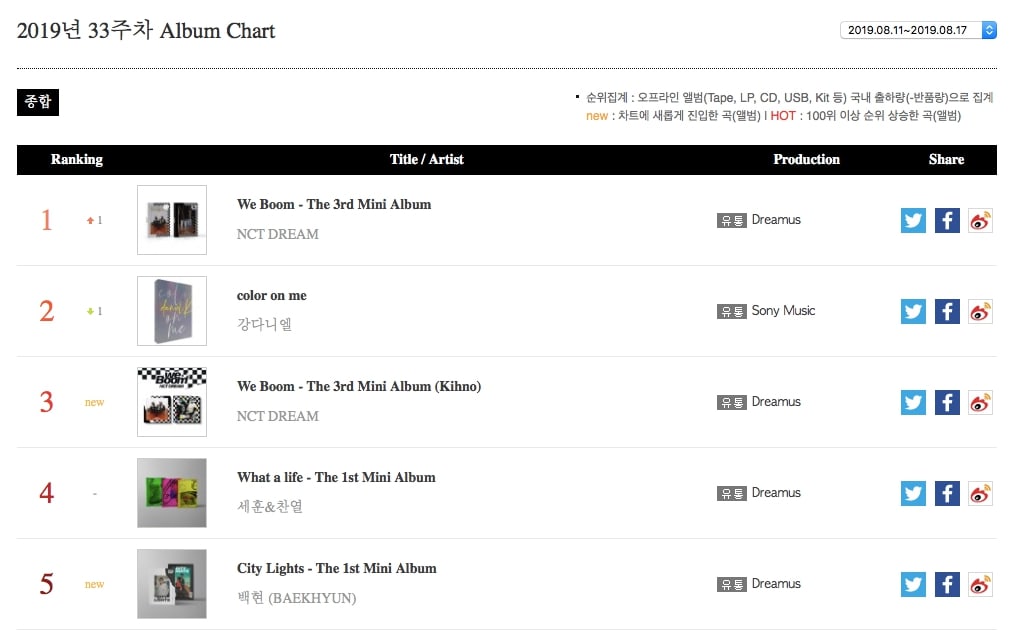 The OST of tvN’s hit drama “Hotel Del Luna” continued to sweep the digital charts this week, with Paul Kim’s new contribution to the soundtrack, “So Long,” topping both the overall digital chart and the digital download chart.

In fact, the top four songs on this week’s overall digital chart were all from the “Hotel Del Luna” OST: Paul Kim’s “So Long” came in at No. 1, Gummy’s “Remember Me” at No. 2, Ben‘s “Can You Hear Me?” at No. 3, and Girls’ Generation’s Taeyeon‘s “A Poem Titled You” at No. 4. Finally, Maktub’s “To You My Light” rounded out the top five for the week. 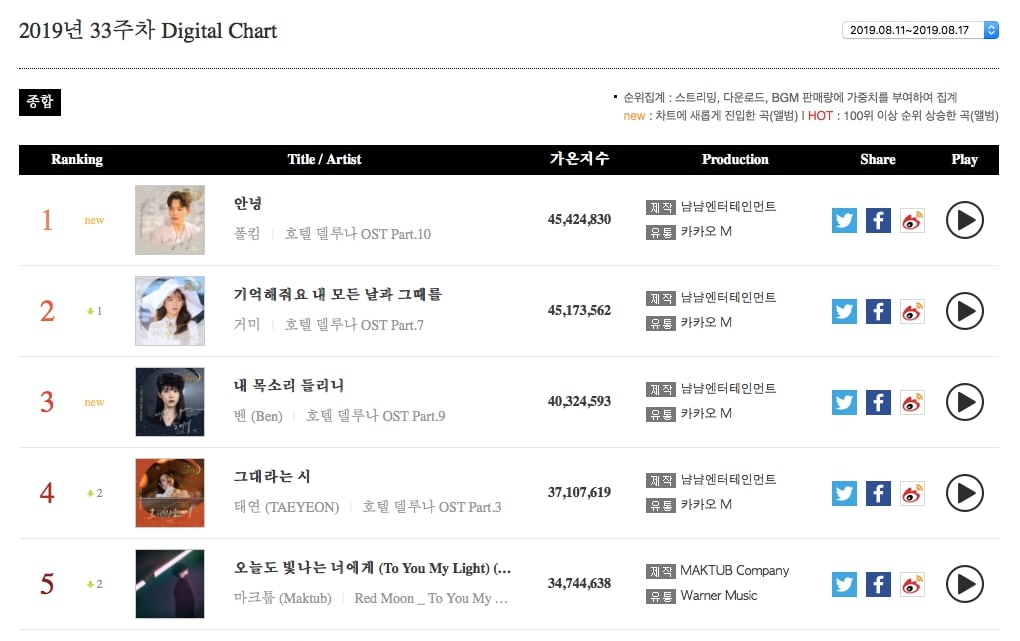 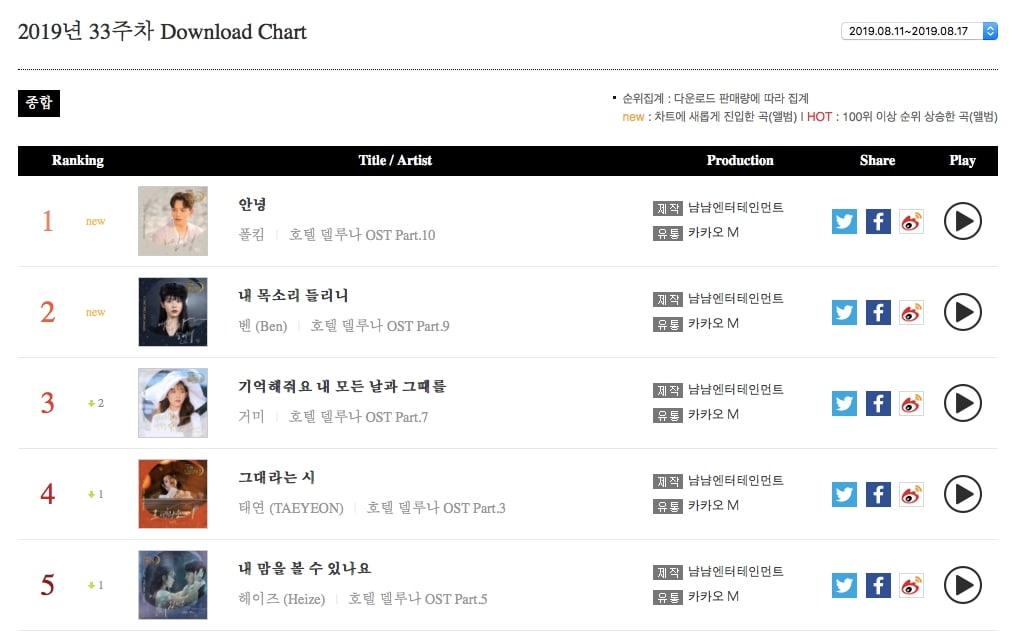 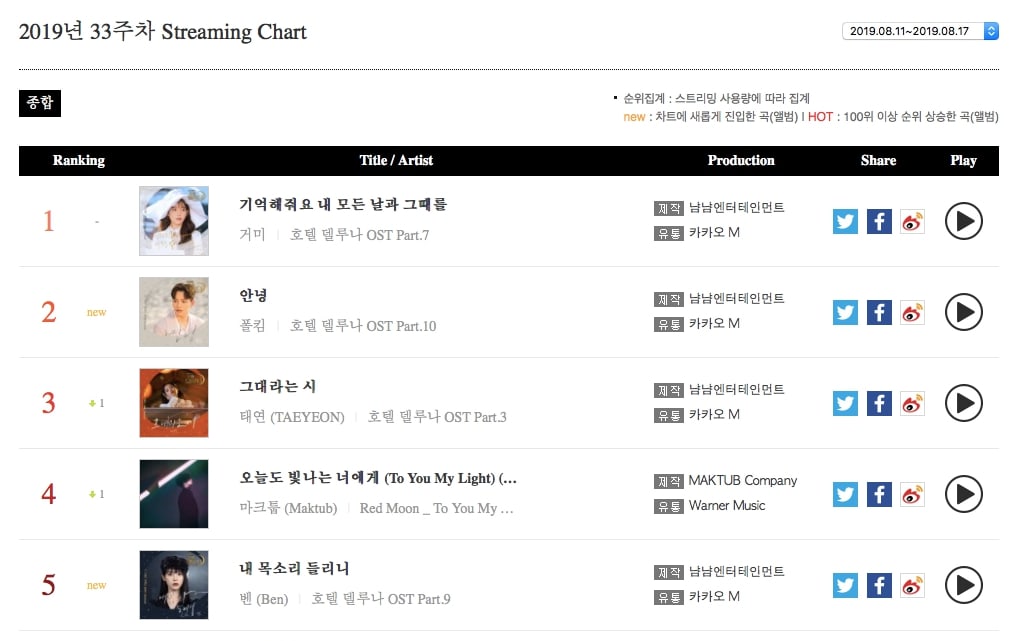 BTS continued its reign over Gaon’s new Social Chart 2.0 this week, with ITZY and Oh My Girl rising to No. 2 and No. 3 respectively. C9 Entertainment’s rookie boy group CIX maintained its position at No. 4 on the chart, while Woollim Entertainment’s new girl group Rocket Punch rose to No. 5 for the week. 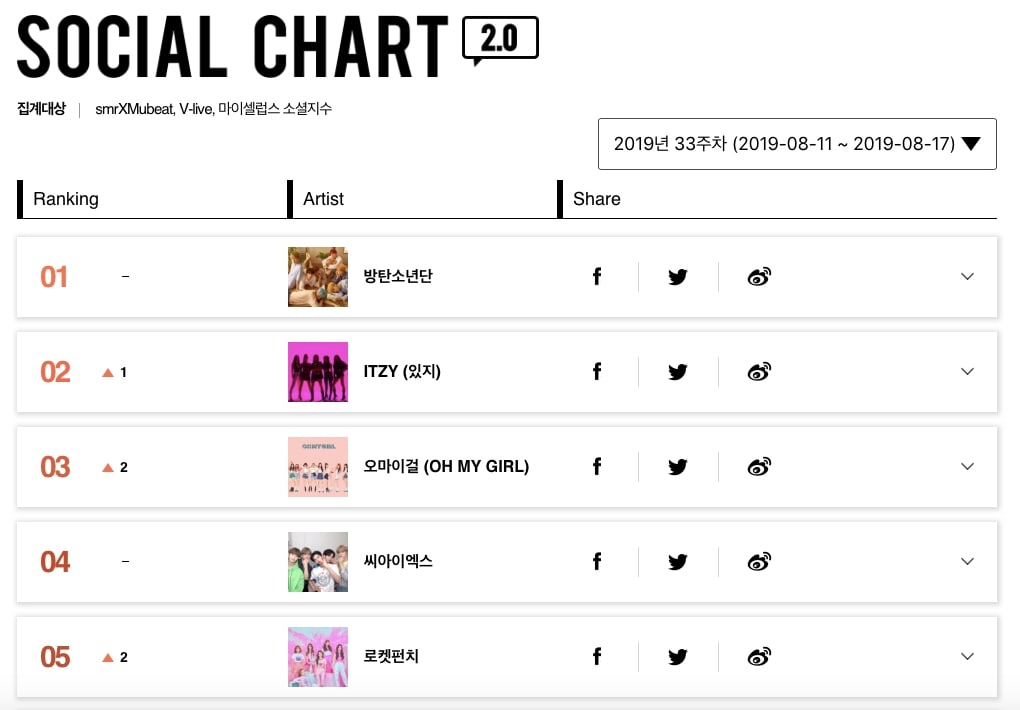 If you haven’t already seen it, you can check out the latest episode of “Hotel Del Luna” with English subtitles below!