On August 22 when UP10TION released their new mini album “The Moment of Illusion,” Lee Jin Hyuk shared a screenshot of himself listening to the title track “Your Gravity” along with the words, “My bros, hwaiting!” He also wrote in a subtle gray font, “I am watching you…” 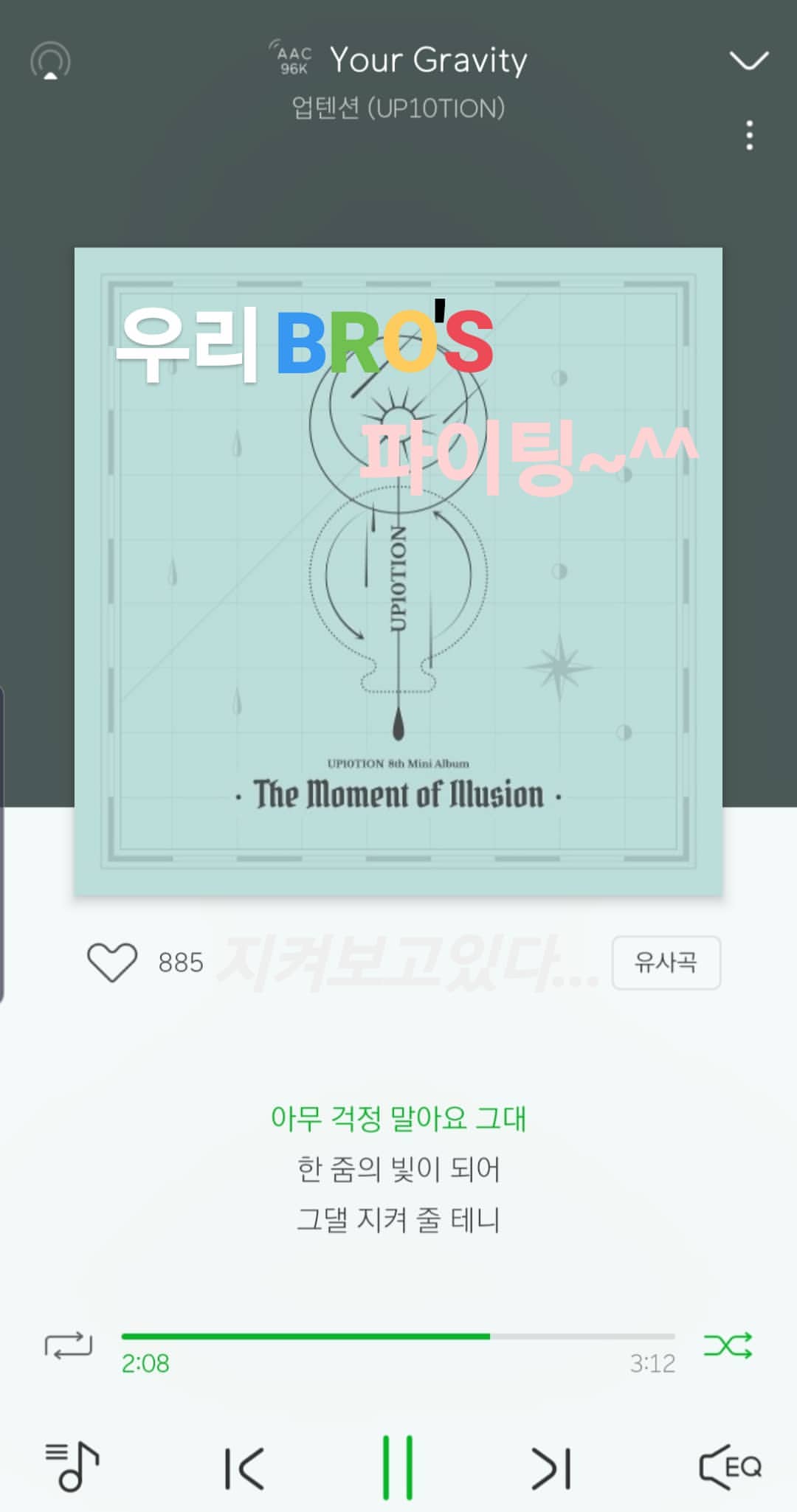 Then on August 23, Lee Jin Hyuk made a surprise visit to “Music Bank” to support his members. As soon as he entered the waiting room, his members shouted in pleasant surprise and warmly greeted him as he promised that he would stay for their performance.

His caption reads, “I came to cheer them on! You have to do well, okay?” He also joked through a hashtag, “I told you that I am watching..”

This UP10TION comeback is being promoted with only eight members without Kim Woo Seok and Lee Jin Hyuk, who recently competed on “Produce X 101,” as their comeback album production was complete when the show ended. Kim Woo Seok is gearing up for his debut as a member of X1, while Lee Jin Hyuk is appearing on variety shows and preparing for his solo debut.