Jay Park, the CEO of AOMG, and other artists from the label, including Simon Dominic, Gray, Code Kunst, and Woo Won Jae, talked about how “Sign Here” is different from other audition programs. 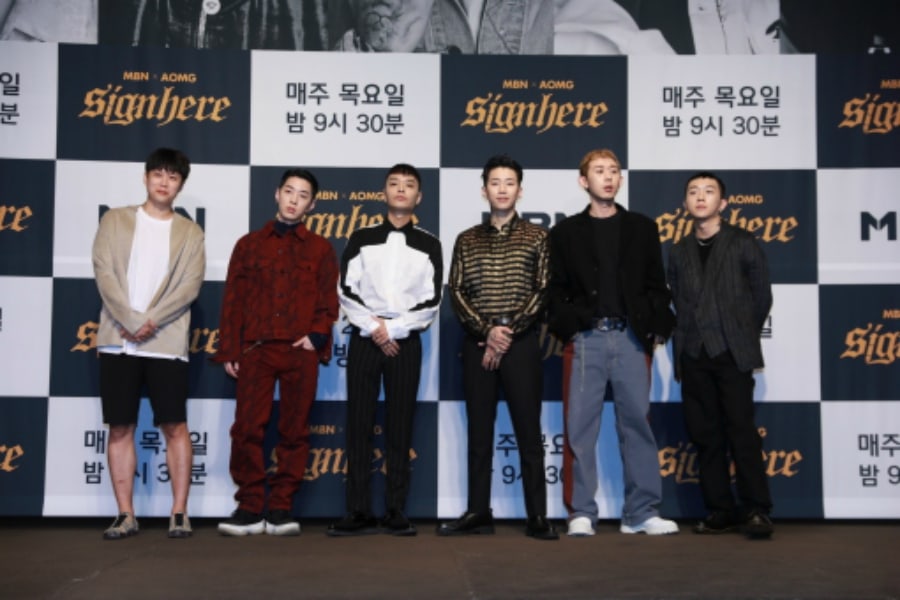 “Sign Here,” which airs on MBN, aims to discover artists with wide-ranging talent — including rap, vocal, producing, and performing — to lead the next generation of hip hop in Korea as the newest member of AOMG.

Jay Park shared that AOMG is looking for someone with skills and a good heart and attitude to join their family. He said, “We usually sign a three-year contract with new artists. There will be no prize money, but I’m going to give the winner a down payment. Also, I will teach them musical tips that they can use for the rest of their lives.”

Jay Park vouched that “Sign Here” is 180 degrees different “Show Me the Money.” He commented, “Some people sing, and some dancers in a crew will participate. The competition itself will be different in style. Unlike ‘Show Me the Money,’ which requires participants to enter a system that is already organized, we create the program with the participants using our label’s style.” 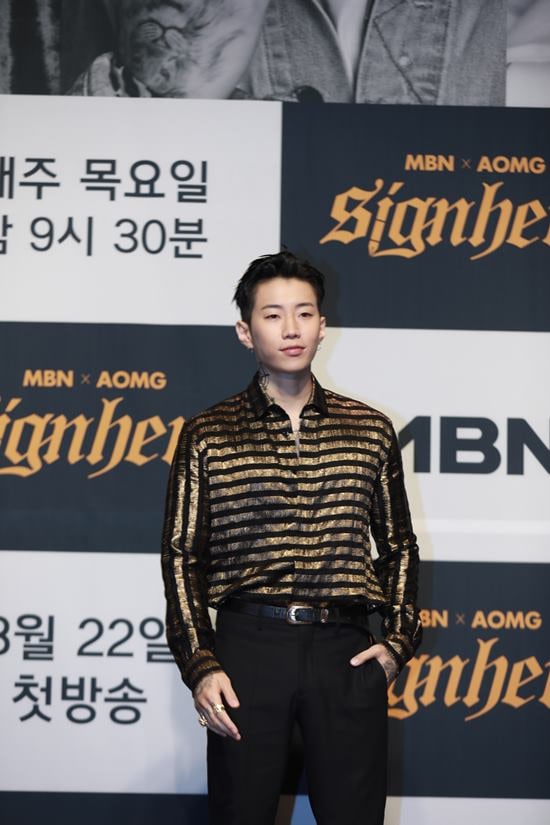 The judges are none other than AOMG artists, The key point is that there are 50 “Listener Judges” separate from the AOMG judges, who can express their own opinions. If the participant is selected by all 50 judges, they may pass the respective round regardless of the thoughts of the five AOMG judges.

Producing director (PD) Nam Sung Hyun stated, “I understand that fairness issues have occurred in other programs recently, but ‘Sign Here’ is an on-site voting system, not a text vote, and AOMG musicians themselves will serve as judges. We don’t intend to make a star out of controversy. We will try to create a program that is both fun and sincere.”

Woo Won Jae, who had participated in the sixth season of “Show Me the Money,” shared, “I know the positions of the participants because I’m from an audition program. I’ll try my best with a good spirit.” Simon Dominic added, “There is also a round of meetings featuring a special judge. It will be a fun program to see who will sign with AOMG.”

Furthermore, Gray commented, “There are many skilled participants. Since they will be signing a contract with AOMG rather than leaving when the program is over, we’re focusing more on the screening process.” Code Kunst said, “When I appeared in another audition program, there were regrettable parts, but on ‘Sign Here,’ we will personally judge them and see something with a different standard, so I am enjoying it.” 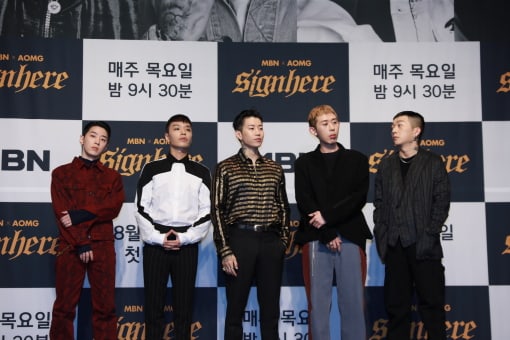