The identity of contestant Ddaengchil was revealed on the latest episode of MBC’s “The King of Mask Singer”!

During the August 25 episode of the singing competition, Ddaengchil faced off against contestant Young Goo in the first round. Both contestants performed a duet of Vibe’s “Drinking,” and Ddaengchil’s smooth voice and Young Goo’s unique vocal color had the audience members cheering with delight.

Unfortunately, Young Goo was able to win the battle with a score of 52 to Ddaengchil’s 48. After his defeat, Ddaengchil remained on stage to reveal his identity while singing Huh Gak’s “Hello.” 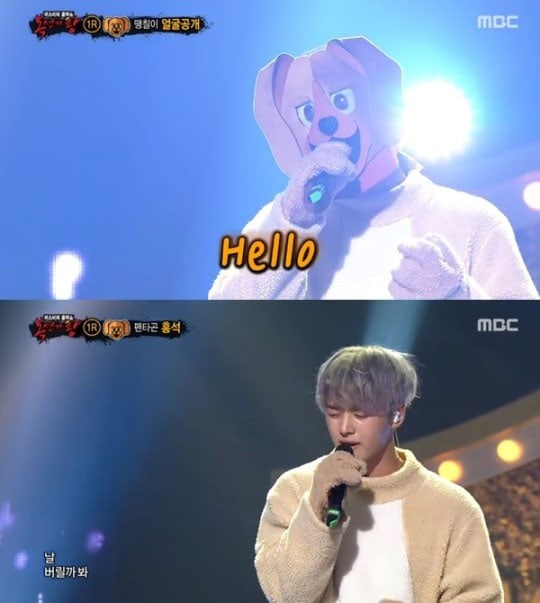 Ddaengchil turned out to be PENTAGON’s Hongseok!

Hongseok commented, “When I first rehearsed for the ‘The King of Mask Singer’ duet, I got goosebumps. I thought, ‘I wanted to initially become a singer for this reason. That’s right, I enjoyed singing.’ I really liked it. I want to dedicate this performance to myself.”

He then commented, “I take pride in the fact that my group’s songs are good. I’m sad that not many people know about PENTAGON yet. I was disappointed because I wanted more people to listen to our songs.”

PENTAGON
Hongseok
The King of Mask Singer
How does this article make you feel?