Super Junior’s Kim Heechul’s first appearance as a cast member on “My Ugly Duckling” was the most-watched variety event of the week!

On the August 25 episode of the popular SBS variety show, Kim Heechul and his mother joined the regular cast for the first time. “My Ugly Duckling” is a reality program that features a panel of celebrity moms watching footage of their unmarried sons’ daily lives, and Kim Heechul remarked that he felt nervous because it was his mother’s very first time appearing on television.

However, the Super Junior member’s mother quickly managed to ease into the show, playfully teasing her son about his personality and dishing on his habits with the other celebrity moms.

According to Nielsen Korea, the episode enjoyed a significant increase in viewership ratings—the August 25 broadcast scored average ratings of 15.3 percent, 17.1 percent, and 17.9 percent for its three parts, marking significant increases of 1.6 percent, 2.4 percent, and 2.0 percent from last week’s episode of the show. Not only was the program the most-watched variety show of the night, but it also achieved the highest ratings of any variety show that aired this week.

The most-watched minute of the episode, which peaked at a rating of 20.3 percent, came during Kim Heechul and his mother’s segment of the program. 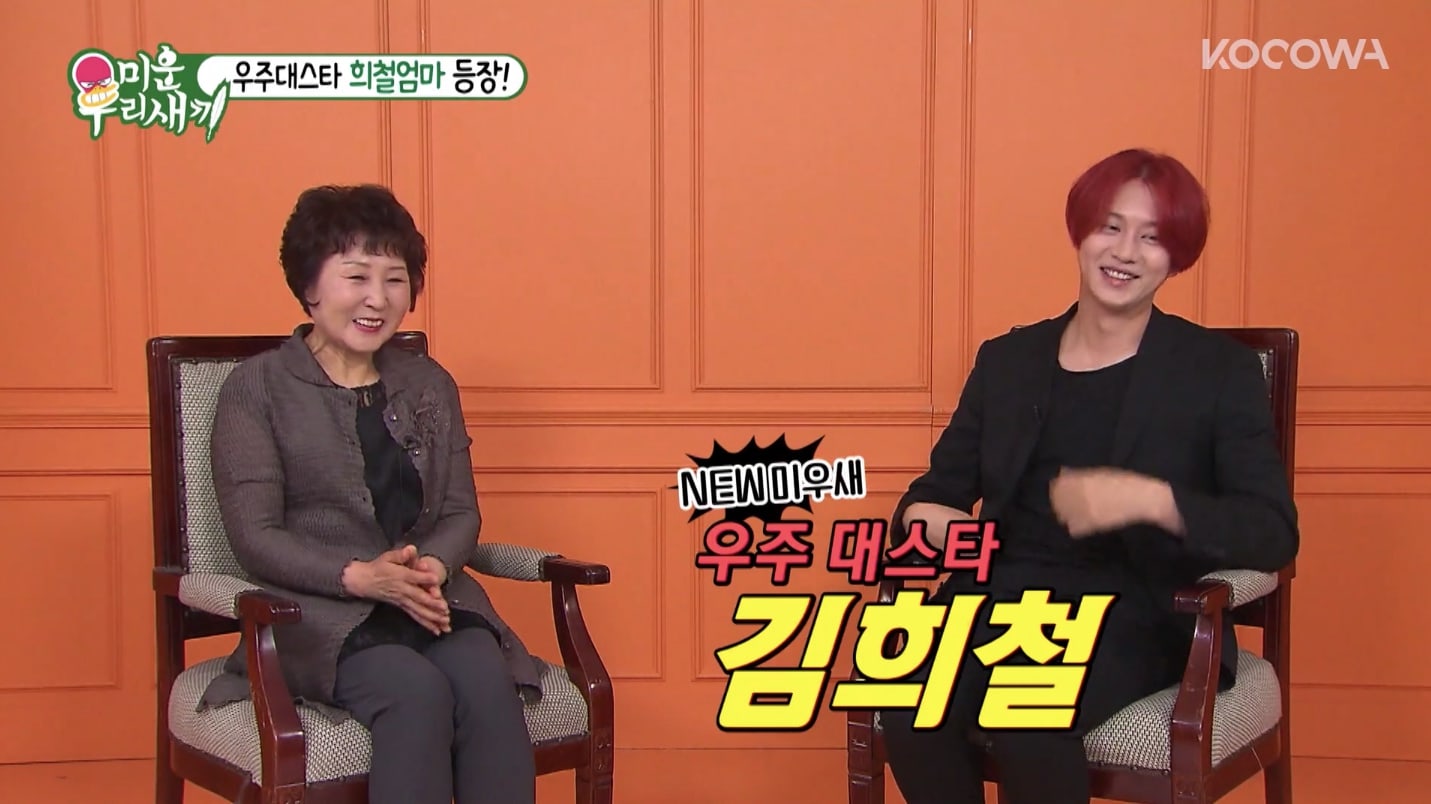 Watch Kim Heechul and his mom in the latest episode of “My Ugly Duckling” below!

Kim Heechul
My Little Old Boy
How does this article make you feel?