Army musical “Return: The Promise of the Day” (literal title) has revealed its full list of cast members!

SHINee’s Onew and EXO’s Xiumin will play the young Seung Ho, while Lee Jae Kyoon and VIXX’s N will play Hae Il, a character who is respected by his friends. Seung Ho’s best friend Jin Goo will be played by Kim Min Suk and INFINITE’s Sungyeol, and Jo Kwon and Go Eun Sung will take on the role of Seung Ho’s grandson Hyun Min. Woo Joo, who leads Hyun Min and the rest of the excavation team, will be played by INFINITE’s Sunggyu and Yoon Ji Sung.

Check out the musical’s poster below! 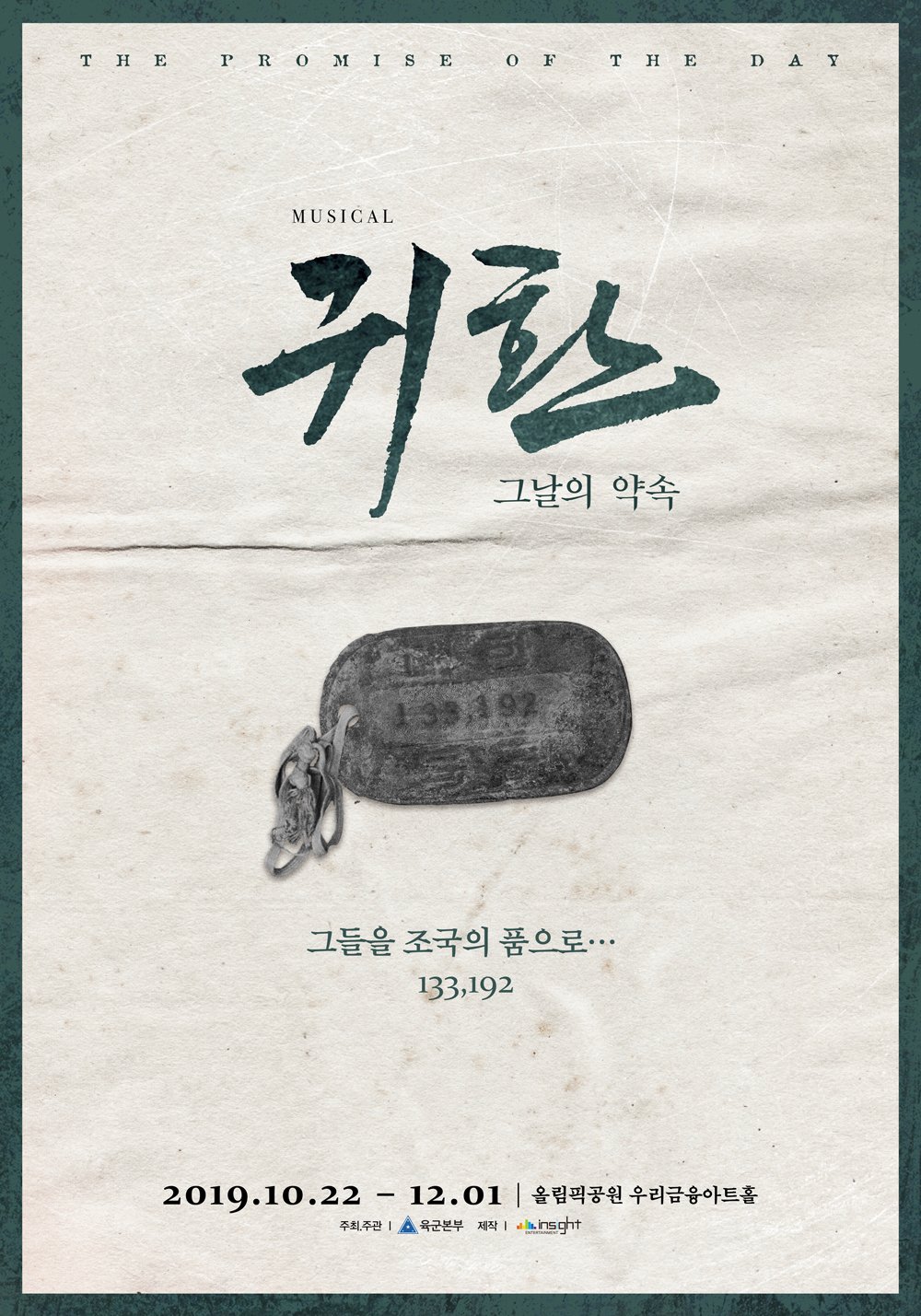 EXO’s Xiumin, SHINee’s Onew, and Yoon Ji Sung may be appearing in a new musical!

On August 26, SpoTV News and TV Daily reported that EXO’s Xiumin, SHINee’s Onew, and Yoon Ji Sung will be starring in a new army musical titled “Return: The Promise of the Day” (literal title).

Like the popular “Shinheung Military Academy,” “Return: The Promise of the Day” is an original army musical. It deals with the topic of excavating the remains of the heroic soldiers who sacrificed themselves to protect their country during the Korean War.

According to SpoTV News, Onew and Xiumin passed the auditions and are currently focusing on practicing for the musical.

“Return: The Promise of That Day” is scheduled to run from October 22 to December 1 at the Olympic Park’s Woori Art Hall in Seoul.

Meanwhile, Yoon Ji Sung made his musical debut this February through “The Days.”