Naver has released a star-studded lineup for its audio streaming service NOW!

NOW will be a streaming service that provides a variety of live audio content 24 hours a day. The service will be available on the homepage of Naver’s mobile site, so that people can listen to the service while browsing on Naver.

The lineup of hosts will include a variety of artists across a spectrum of genres, from idol groups to hip hop and R&B artists. HOTSHOT’s Ha Sung Woon will host “Late Night Idol,” which is a late night audio show that doesn’t have a set end time, where he can converse with listeners on a variety of topics. “Tomorrow X Together Show” will be an audio variety show where TXT tries everything while also showing off their special talents and revealing TMI. “The Boyz” will run “The Boyz Show,” and the first episode will show the members getting a Tarot reading about their new comeback with “D.D.D.”

Korean hip hop icon Jay Park will run a talk show where he interviews people he’s curious about, while The Quiett, Yumdda, and Lee Jin Woo, and Giriboy and Han Yo Han will run shows as well, hosting a variety of content as Korea’s top rappers.

god’s Danny Ahn and Son Ho Young will bring laughter to office workers through their “Lunch Attack” street interviews, while “School Road” will be Korea’s first idol morning show that follows idols on their way to school, and ATEEZ will be the first hosts of the show. 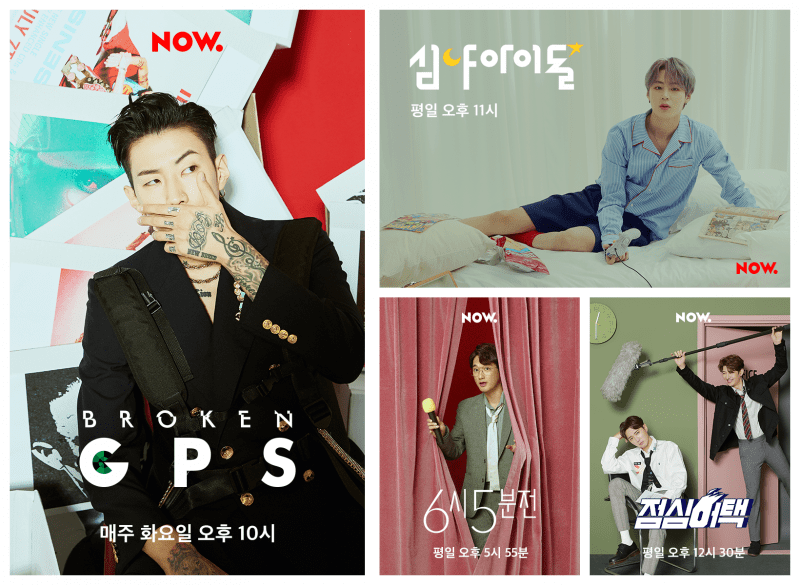 Peppertones’ Lee Jang Won will run “6:05,” which will be a live talk show that invites artists who just released new music at 6 p.m. KST to come talk about their albums. “Wanted to play this for you” is a program that invites celebrities to introduce songs they’re listening to and want to share with fans, and it will feature hosts Jeong Sewoon, VIXX’s Ravi, MeloMance’s Kim Min Seok, LOONA’s Hyunjin and Haseul, and BTOB’s Yook Sungjae in order.

NOW will also work with Naver’s music service VIBE to create curated music playlists and a variety of contents based on the hour of the day. There will also be an option to chat with audio show hosts, and notifications can be turned on to get information about favorite programs.

Lee Jin Baek, who is in charge of contents at the Naver NOW task force stated, “As audio contents allow for multitasking, we hope to expand Naver users’ audio experience with NOW. We will continue to work on strengthening audio and video content in the future.”