Upcoming movie “Sinkhole” (tentative title) has revealed photos of its cast at the script reading!

“Sinkhole” is a disaster comedy film that tells the story of a man named Park Dong Won who finally buys his home after 11 years, only to have it fall into a sinkhole within a minute. Cast members include Cha Seung Won, Lee Kwang Soo, Kim Sung Kyun, Nam Da Reum, and many more.

The script reading for the movie took place on August 14 with the cast and producers in attendance. In comedic scenes, the entire room erupted into laughter, while in scenes of crisis, all of the actors and staff members held their breaths. 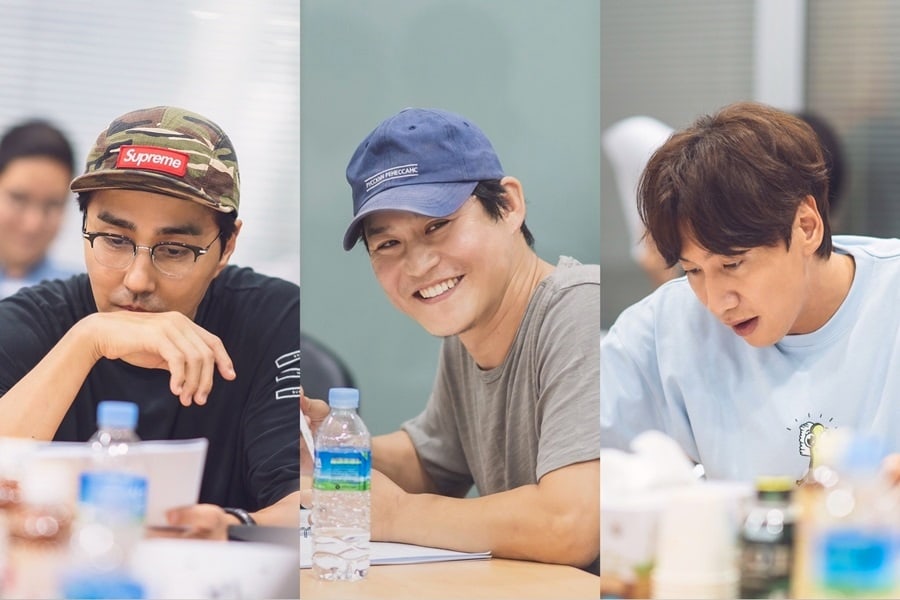 Cha Seung Won plays Chungwoon Villa resident Jung Man Soo who works multiple part-time jobs to raise his son as a single dad. He shared, “The scenario was so interesting that I accepted the casting offer immediately. I hope that the filming will end well without anyone getting hurt.”

Kim Sung Kyun, who will take on the role of the unlucky breadwinner Park Dong Won, said, “It’s an honor to be acting with such great colleagues. I hope to create many beautiful memories together.”

Lee Kwang Soo will be acting as Kim Seung Hyun, who ends up getting stuck in the sinkhole with Park Dong Won, who is his supervisor at work. He commented, “I’m very thankful to be a part of this. I hope we can film happily on set.”

Lastly, director Kim Ji Hoon shared, “I hope this experience will be a fun and enjoyable one for everyone.”

“Sinkhole” will begin filming in August 27 and is scheduled to hit theaters in 2020.