Exclusive
by U. Kim

X1 has made an explosive debut!

On August 27, X1 had a press conference ahead of their debut show-con and answered questions about their album “Quantum Leap,” the process behind its production, and goals for the future. 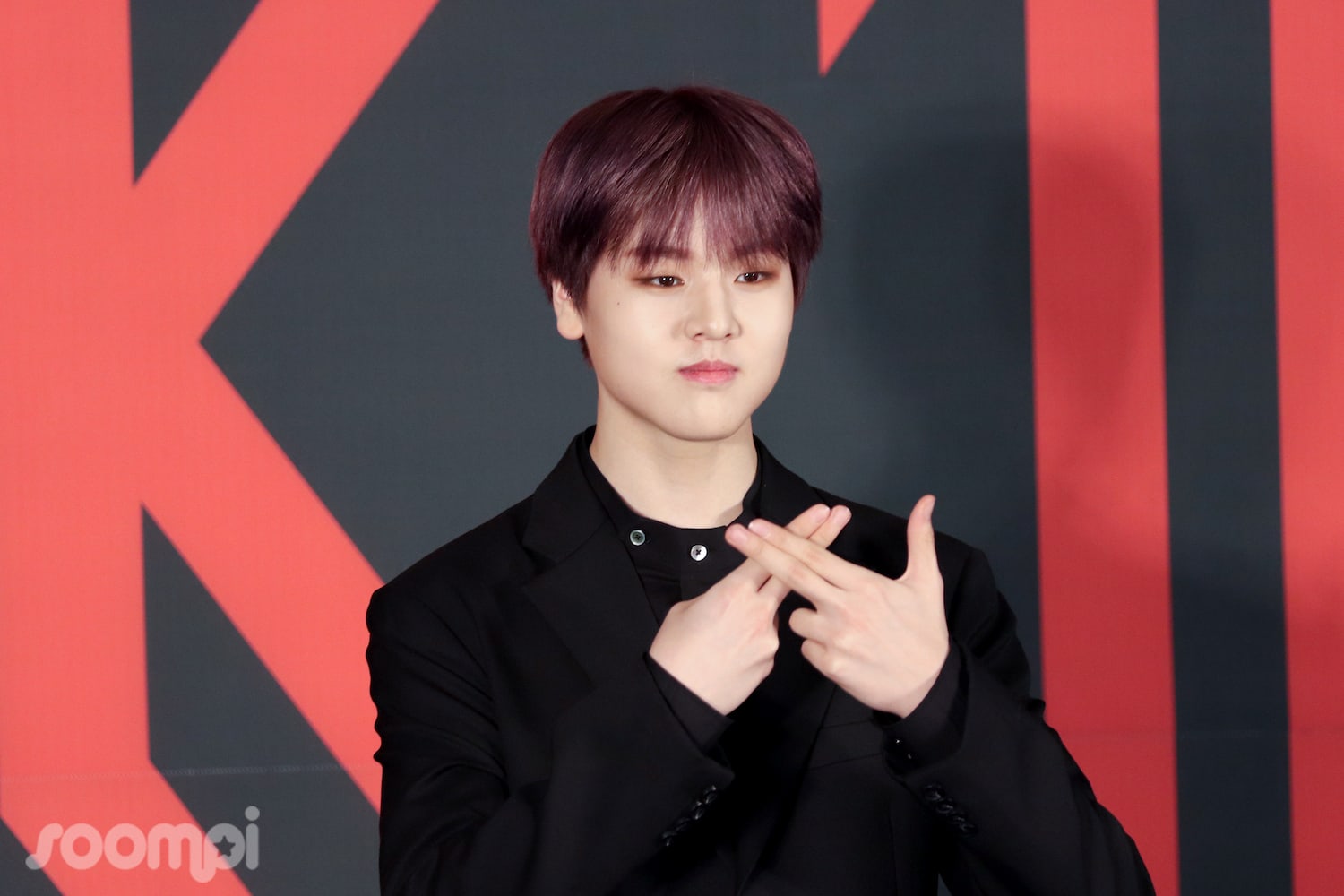 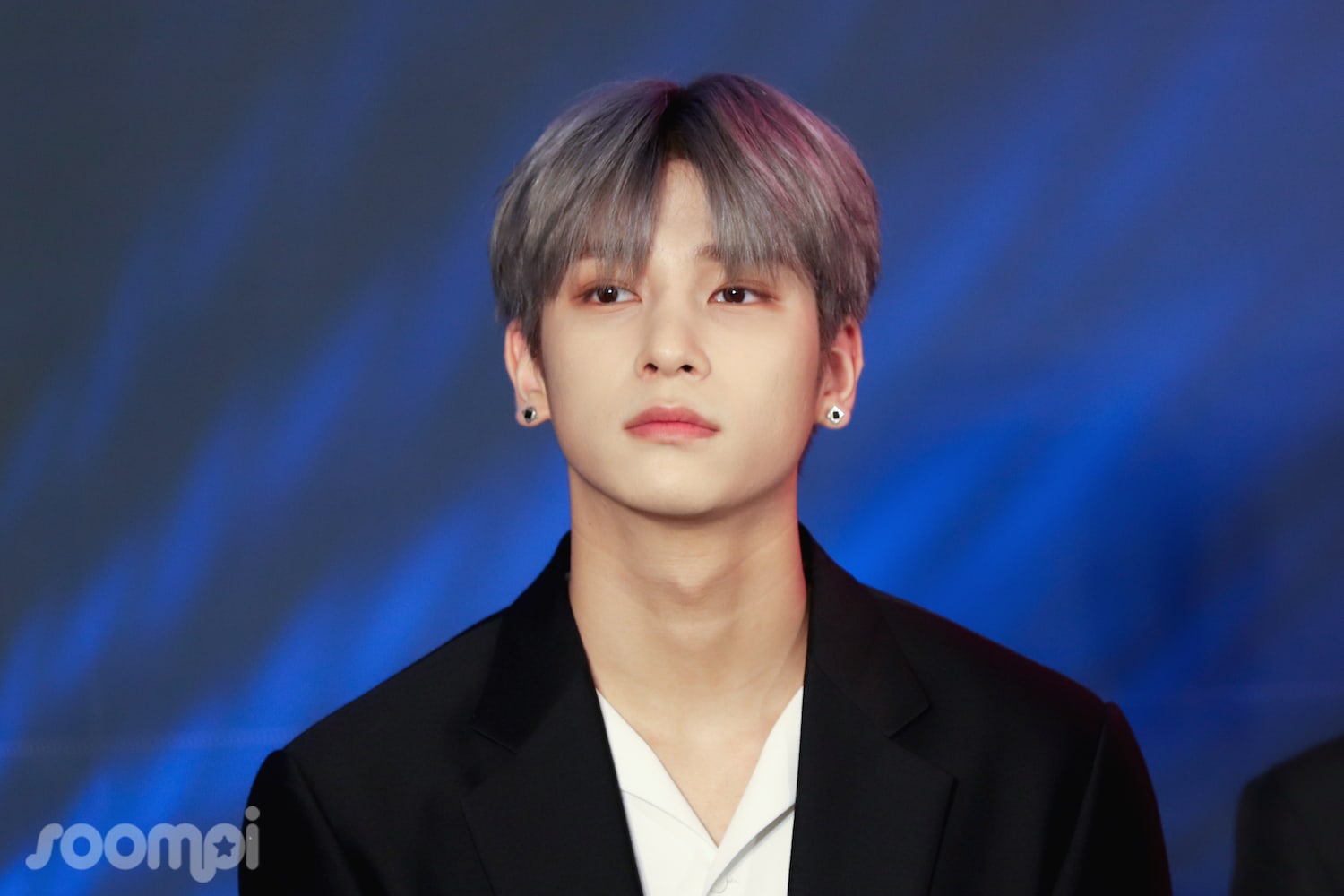 Asked how they spent their time after the conclusion of “Produce X 101,” Han Seung Woo replied that they had mostly focused on preparing for their album and practiced hard to make their upcoming show-con a successful one.

In response to a question asking if they can feel how popular they are, Song Hyeong Jun shared, “I was really surprised by the interest and love we’re receiving. I didn’t realize how popular we were, but thanks to the warm attention and love, I’m starting to feel it.” 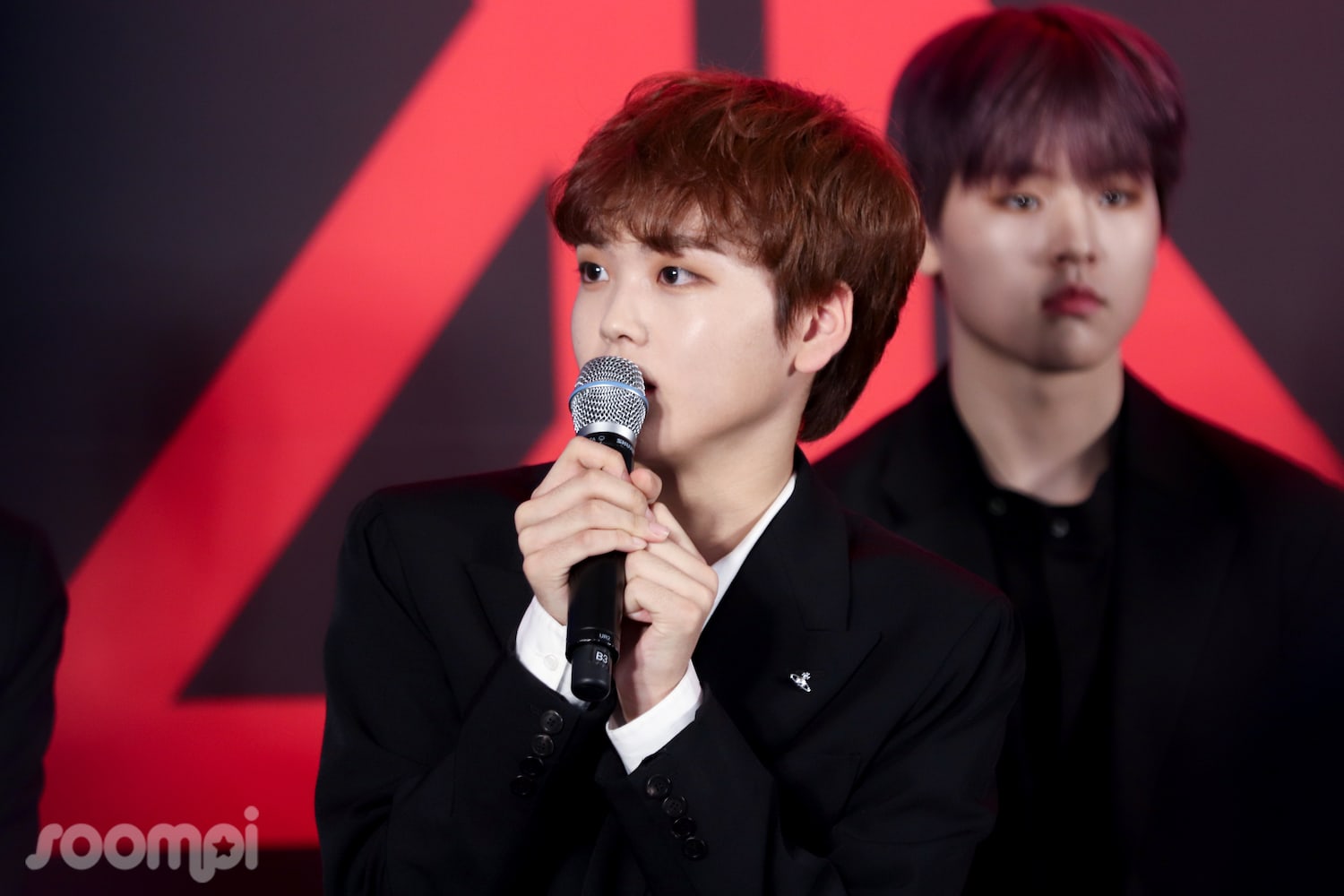 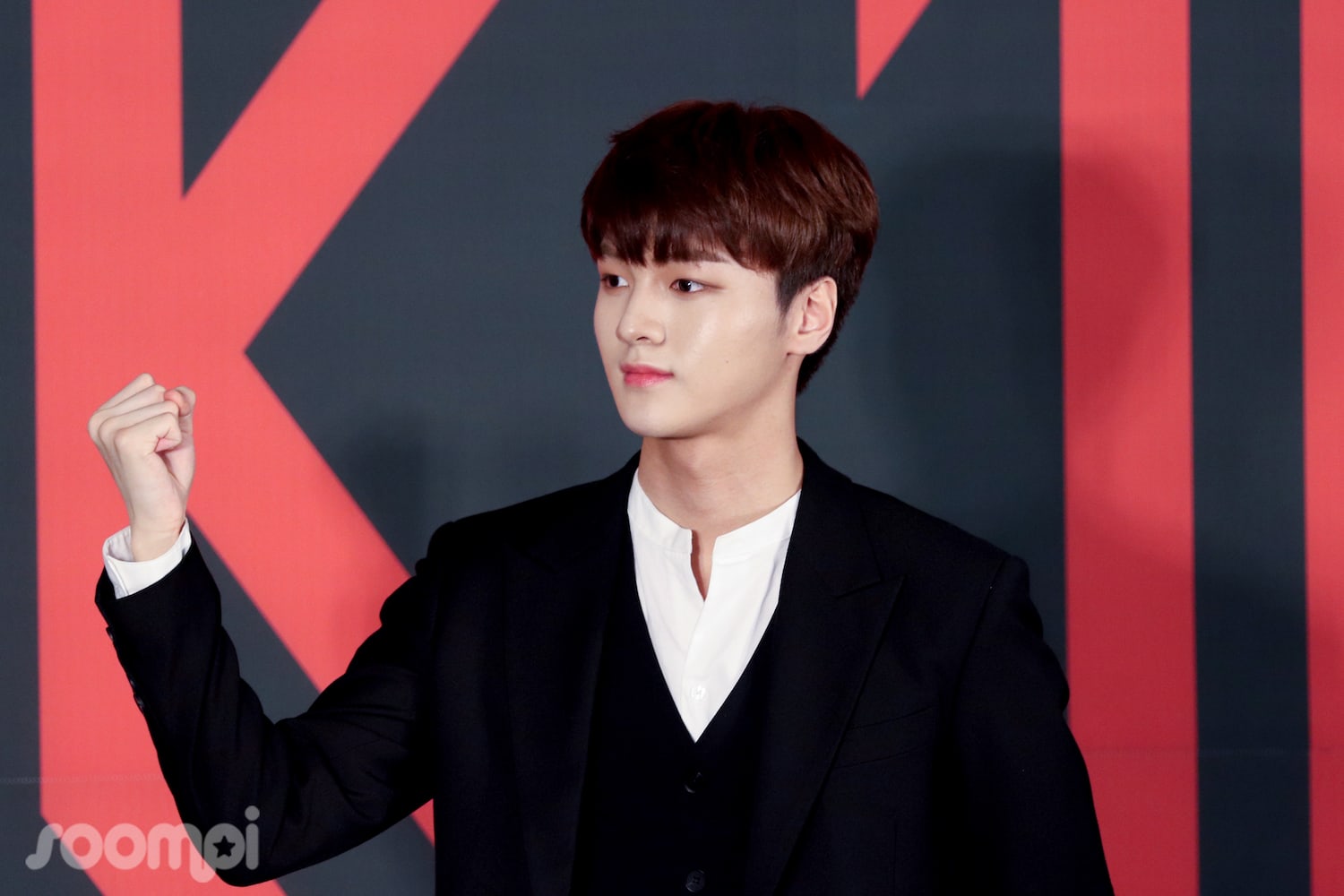 Introducing their debut album, Cho Seung Youn said, “The first track in ‘Quantum Leap,’ called ‘Stand Up,’ is a very charming song with all of us singing in unison. It conveys the meaning that we will rise with an explosive leap.”

Kim Yo Han chose “Like Always” as his favorite song, explaining that the song tells fans that they’re prettiest when they smile and offers a message of comfort. On the other hand, Son Dong Pyo chose “I’m Here for You,” which is a song to listen to when life gets hard and you need someone to console you. 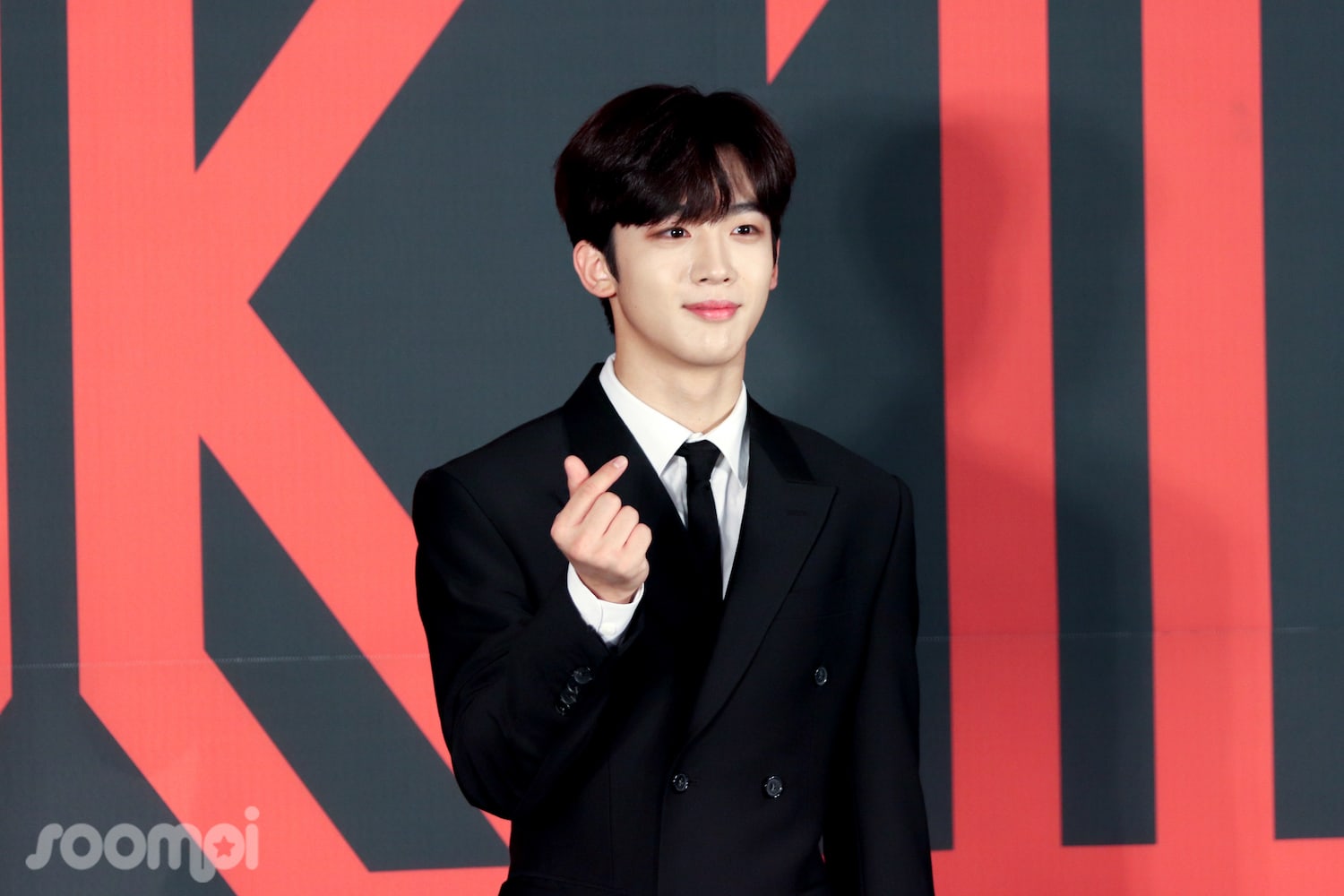 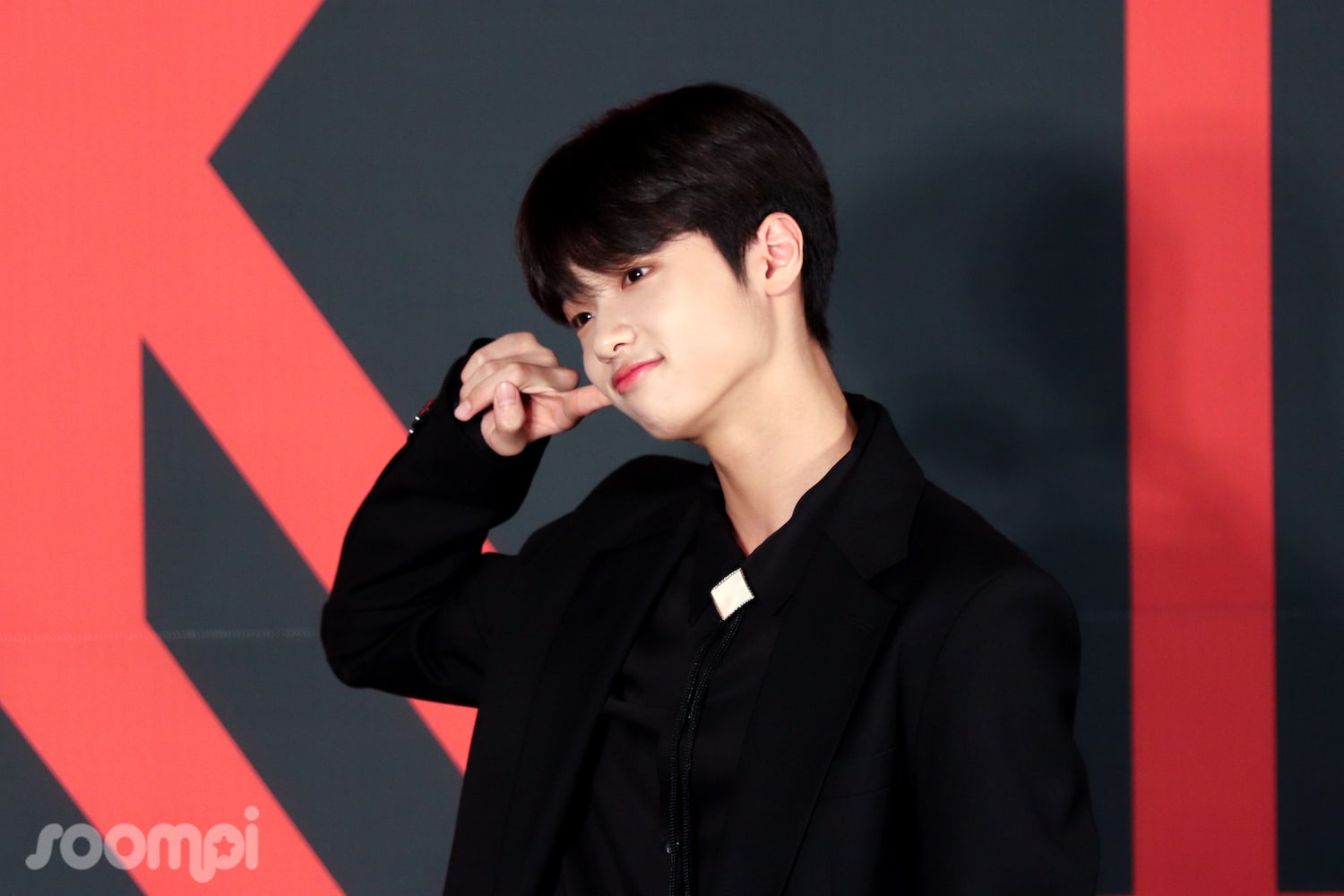 Summing up the whole album, Han Seung Woo expressed, “The album contains songs of various genres, so it will be an interesting album to listen to. The title song ‘Flash’ has a great [dance] performance to go with it, so please look forward to it.” 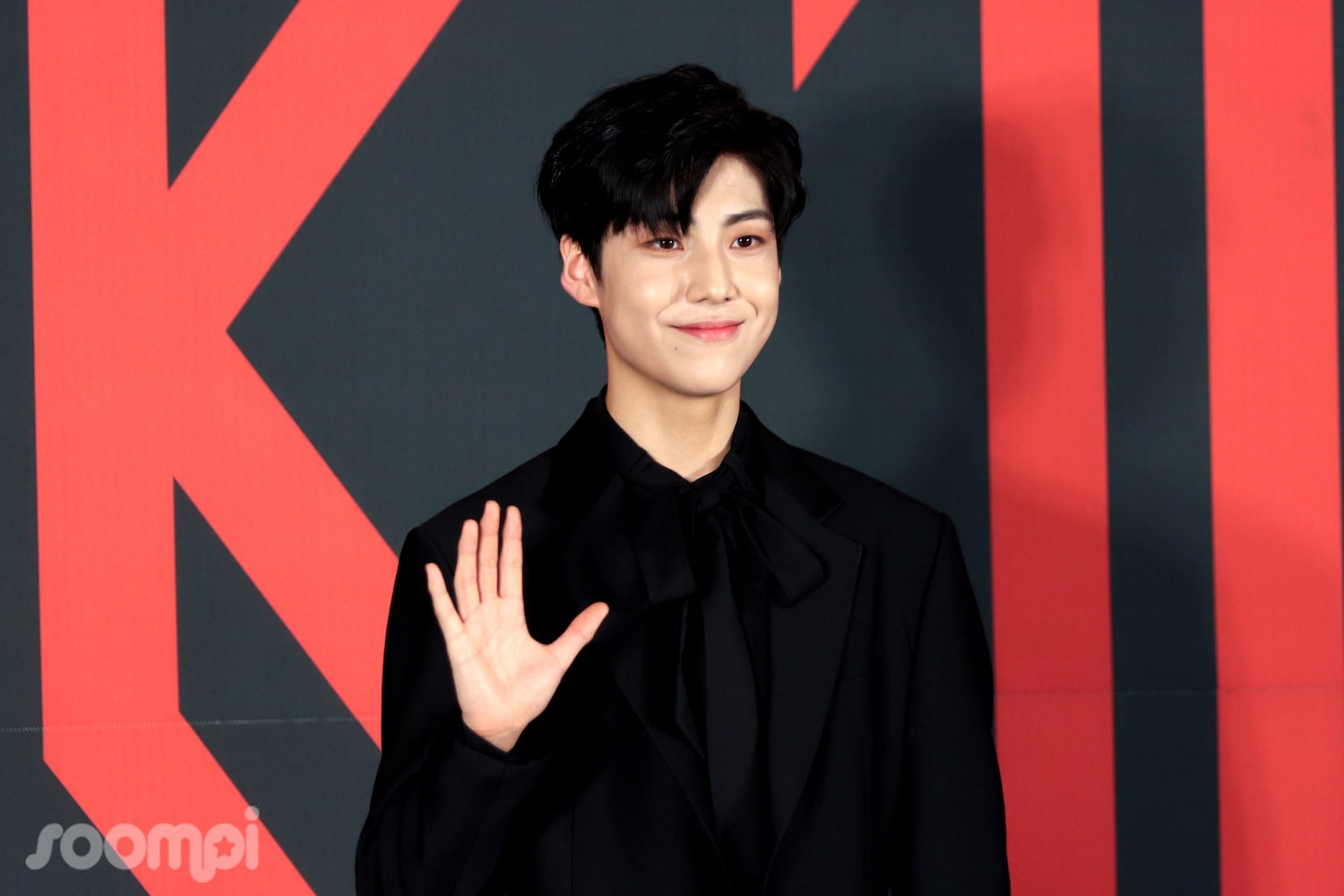 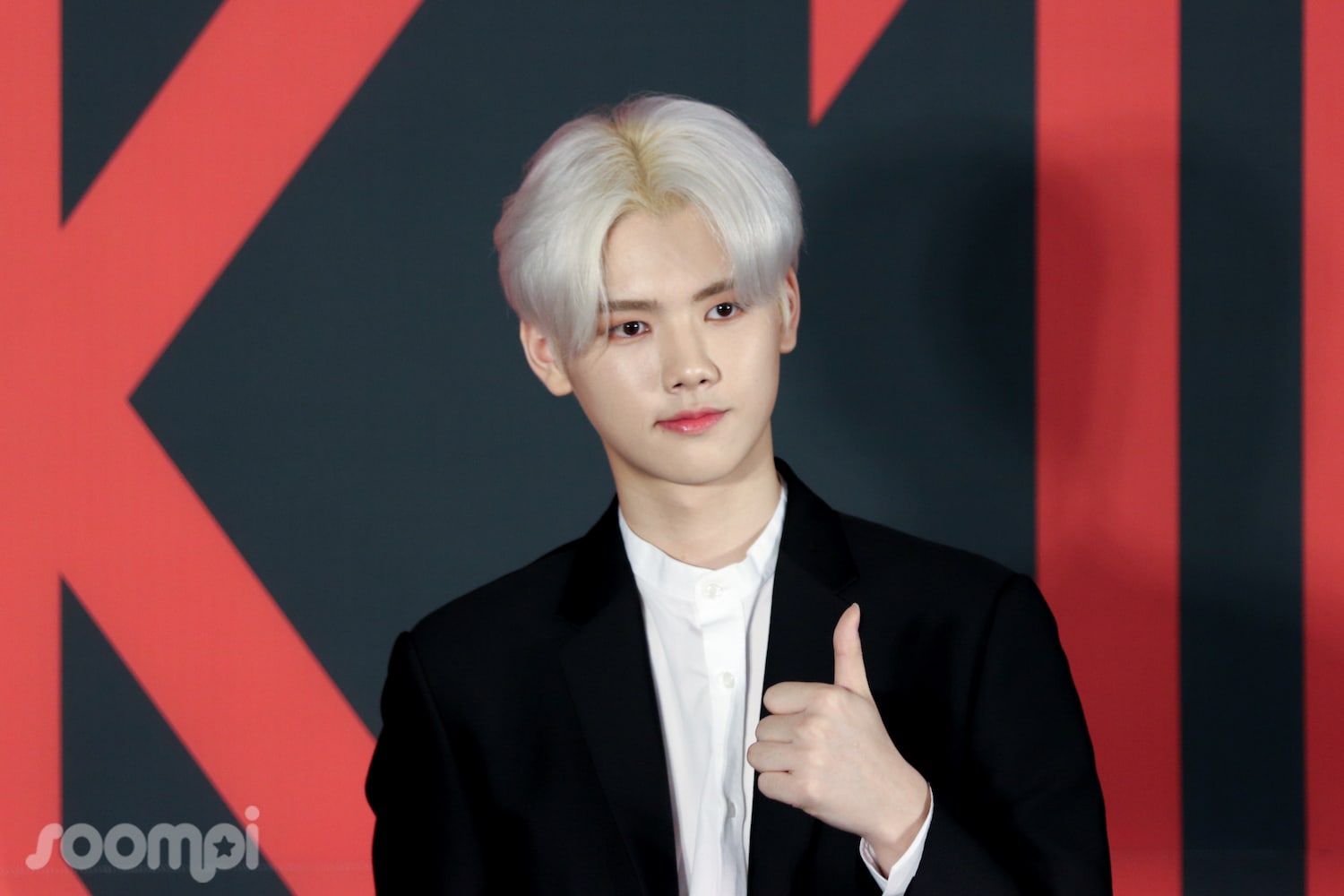 Reporters brought up the current investigations that are being carried out on “Produce X 101” for suspicions of vote manipulation. Asked how the members felt about it, Han Seung Woo responded, “As I mentioned earlier, we were focusing on practicing for our debut and had a busy schedule, so we weren’t able to hear much about the [investigation]. Ultimately, we want to return what we’ve received from the fans who are waiting for us and give them a positive impression of us. We’re working hard for the sake of those who love us, and we hope that this album will wash away [their worries].” 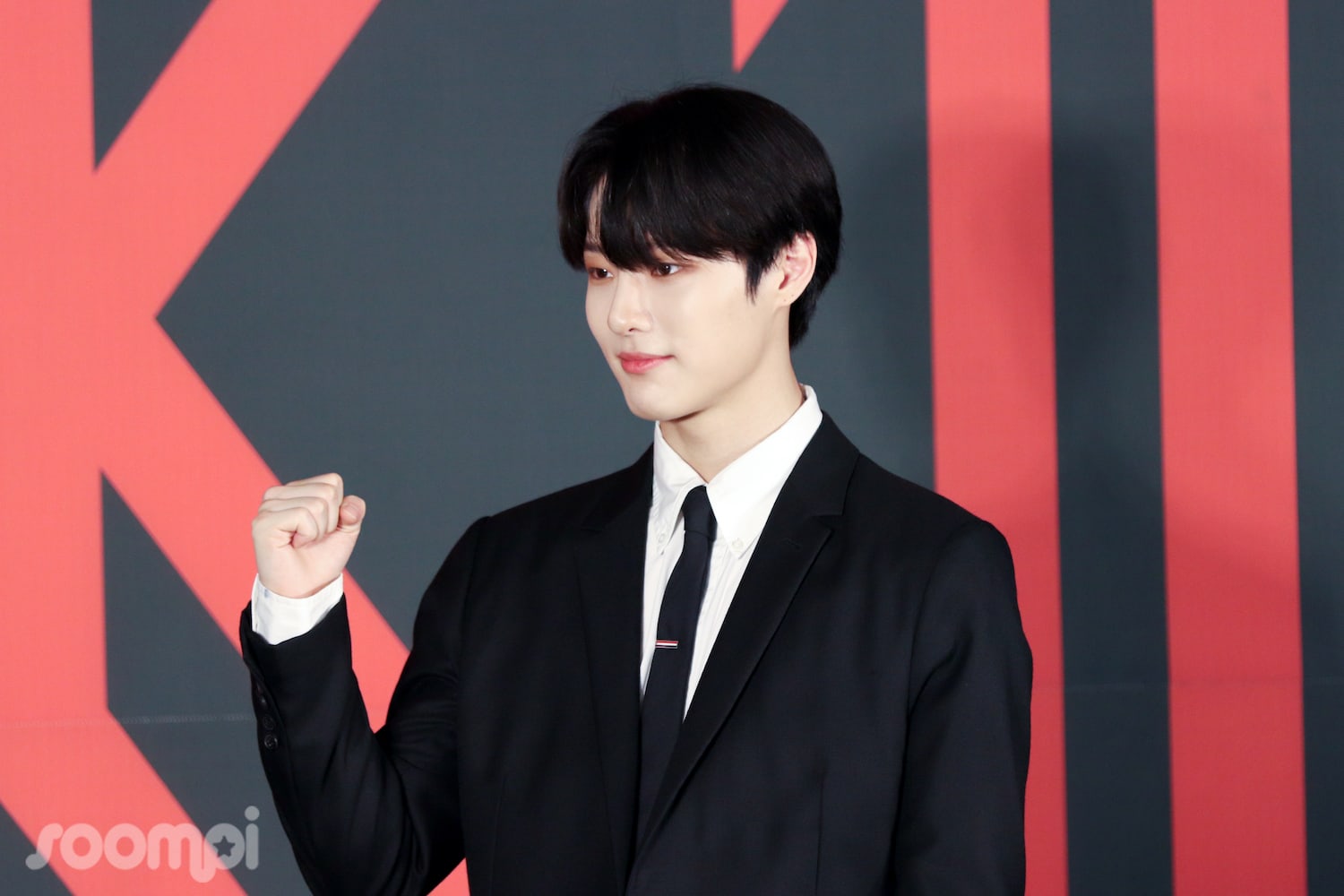 Asked if any of the members took part in producing “Quantum Leap,” Cho Seung Youn shared that while they didn’t have enough time to do so, they were able to make their opinions heard. He explained, “We told [the producers] about the message we wanted to tell fans, like we did in “Like Always,” and we were given a song that fit with that. I was told that we will be able to release songs with our input in the future, so please look forward to it.”

Members Cho Seung Youn, Kim Woo Seok, and Han Seung Woo previously debuted through other groups, making their debut with X1 at least their second one. Cho Seung Youn said, “Until last year, I promoted as a solo artist, and now that I’m debuting with 10 great teammates through ‘Produce X 101,’ I’m having a lot of fun. I started out as an idol too, so I’m reminded of those days. I’m feeling thankful that I can stand on a big stage.” 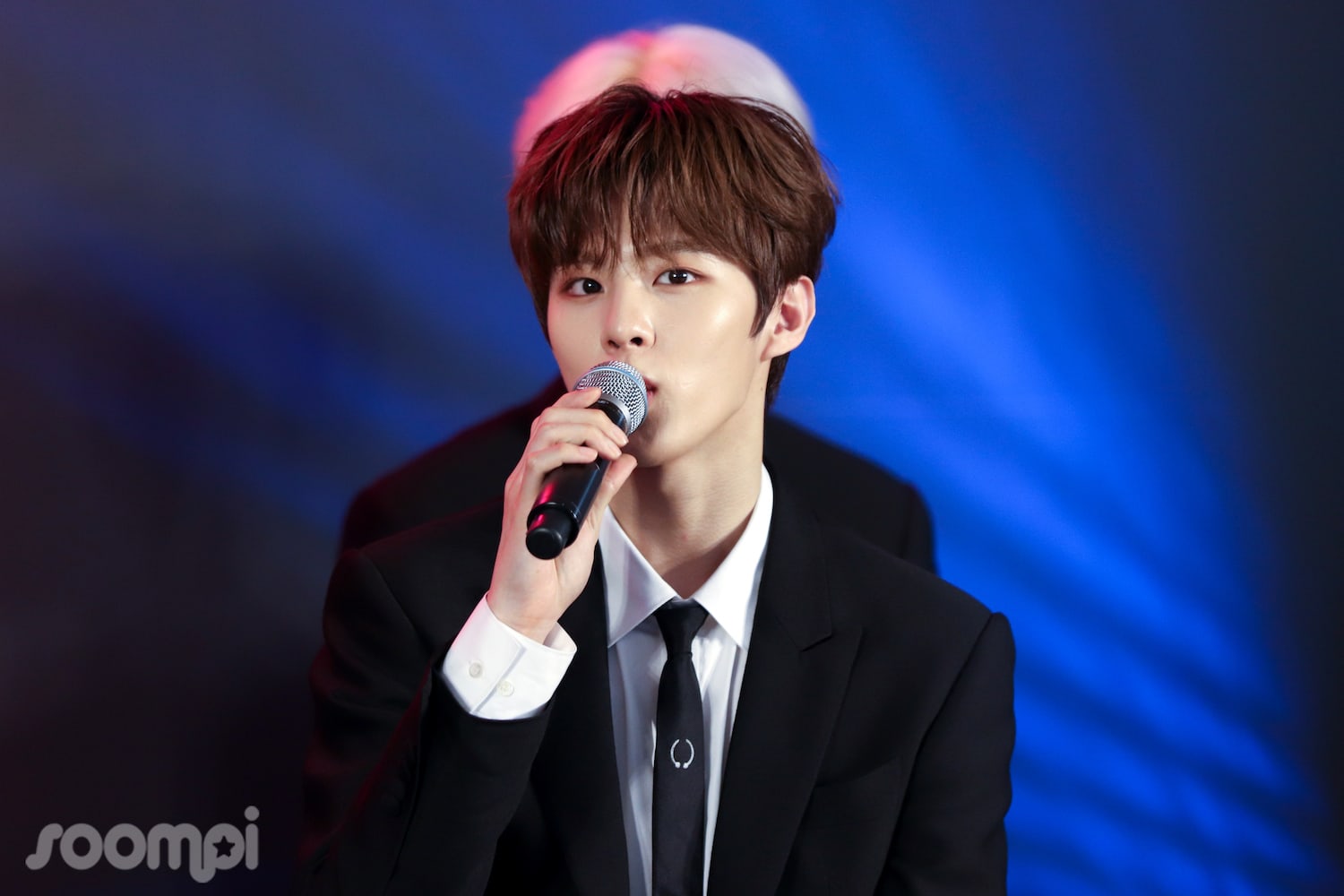 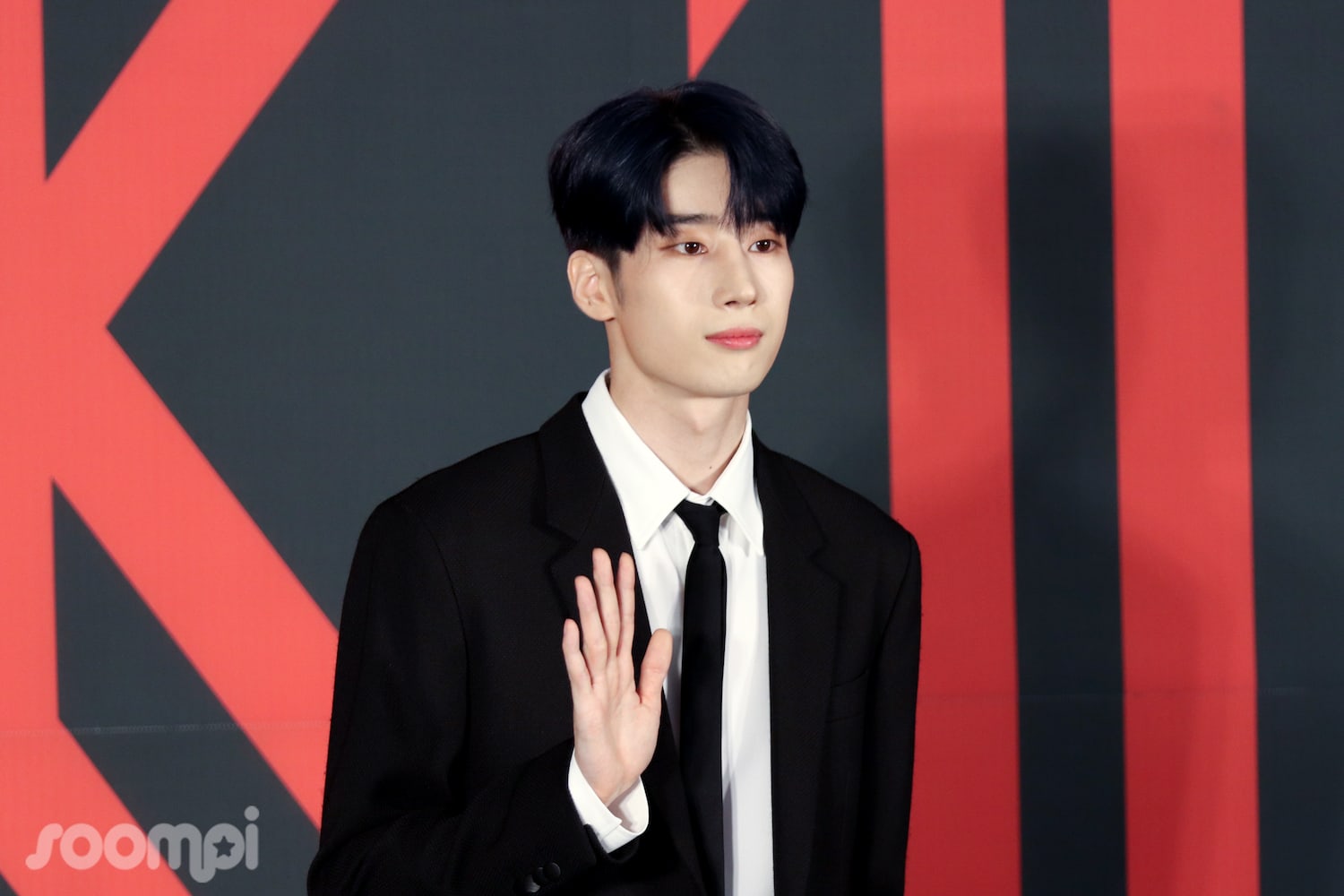 Kim Woo Seok shared, “There are lots of happy and enjoyable things about living with the X1 members, so I’m feeling thankful to everyone including the members,” and Han Seung Woo stated, “I do feel sad, but I prepared for the album while feeling happy that I met X1. I hope that both VICTON and X1 will succeed and meet in a good place.”

Lastly, Kim Yo Han shared their first place promise, saying, “The song ‘Flash’ is very powerful, but [if we win first place], all of us will do the ‘apple’ hairstyle and perform a cute version of ‘Flash.'” He looked around at the other members, asking, “Is that okay?” and everyone agreed to it while laughing.

Soompi Spotlight
Soompi Exclusive
X1
How does this article make you feel?