On August 27, Sunmi held a showcase to commemorate the release of her new single “Lalalay.”

During the showcase, she shared that the song was inspired by her time touring in Mexico. She said, “I got inspiration during the Mexico tour. Mexico is famous for its energy. I had high expectations when I went to perform there and I was not disappointed. They became one with the music without worrying about what the people around them were thinking. It was a new experience for me and I was really moved by it.”

She continued, “When I went back to the hotel after the concert, I laid in bed and thought about how Korea is also known for its energy. Then I suddenly thought about the word ‘lalalay,’ which is about knowing when to really let loose. I looked up the word and apparently the Taepyeongso instruments were called ‘lalalay’ in folk music. I thought that that was a good starting point for the song.” 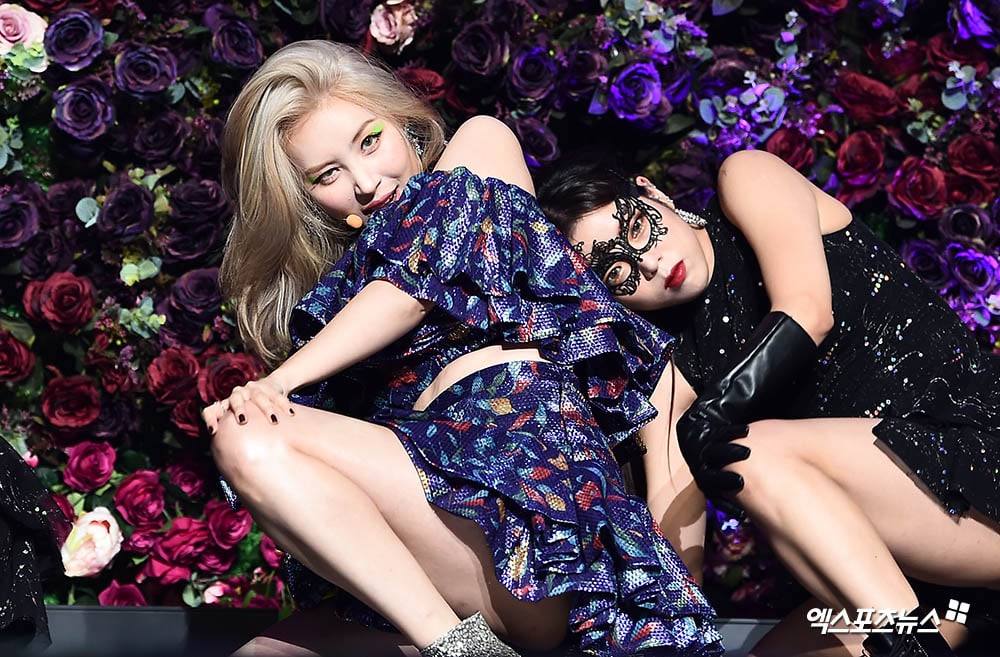 Sunmi was also asked about her recent solo world tour, “Warning.” She replied, “I was afraid at first of the idea of holding a world tour as a female solo artist. I asked repeatedly if it was really okay for me to go on tour. I felt so much pressure. But when I went on tour, I felt like I worried for nothing. People with different eye colors, hair colors, and different native languages all sang my songs in Korean and called out my name at my concerts. I was really glad that I’d gone on tour. I felt like my perspectives were getting broader.”

She added later, “When I was promoting ‘Heroine,’ my weight went down to 39 kilograms [around 86 pounds]. I thought that I would die like this, plus I was getting ready to go on tour, where I would have to command a stage by myself for an hour and a half. With that responsibility in mind, I decided I had to gain weight or I would die. I ate regularly and exercised. My younger brother helped me a lot. He went on tour with me and we shared a room together. Because I wanted my sibling to eat well, I would end up eating with him.”

Sunmi also teased future comebacks, saying, “The next song title is five characters long. I’m working hard on it. I don’t know when it will be released, but I think it could be just around the corner. The promotional period for this comeback is quite short. It’s two weeks. I promised my fans that I would give them lots of opportunities this year.” 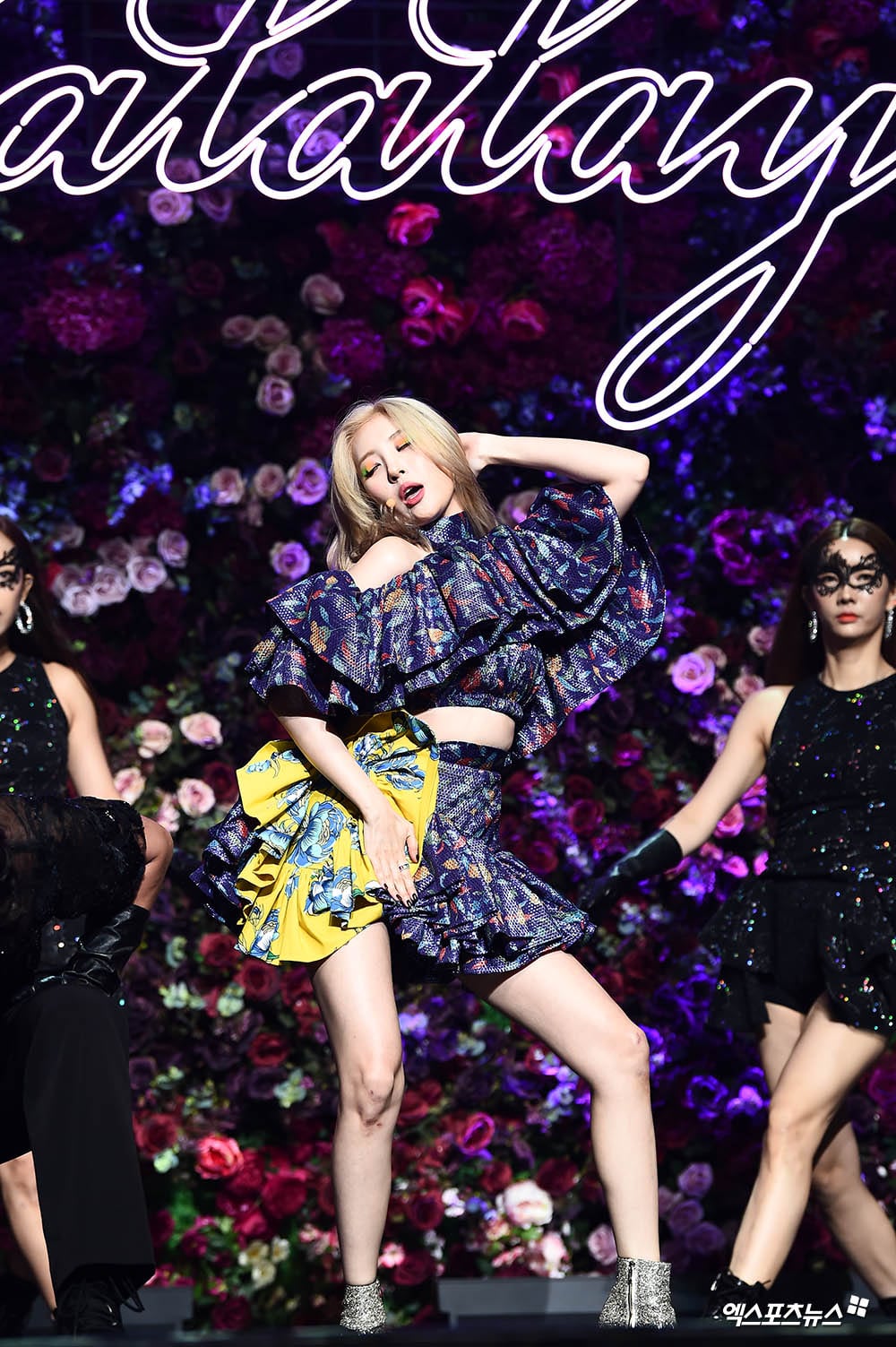 Edit: A previous version of this article contained an error in referring to Sunmi’s sibling.