VICTON is gearing up for activities after the end of “Produce X 101,” starting with fan meetings next month!

Following a long hiatus since VICTON’s last comeback in May of 2018 with “Time of Sorrow,” members Han Seung Woo and Choi Byung Chan appeared as contestants on the Mnet survival show “Produce X 101.” Both members did well on the show, with Han Seung Woo coming in No. 3 overall in the finale last month, leading to his debut with the show’s project group X1 on August 27. Choi Byung Chan unfortunately had to withdraw from the competition towards the end due to an increase in pain from his chronic achilles tendonitis.

As Choi Byung Chan has now recovered, he’s returning to activities. It was previously announced that he filmed a guest appearance on the Mnet show “TMI News” in August.

The group is currently getting ready for a fan meeting on September 22 titled “Voice to ALICE.” In addition, VICTON’s agency stated on August 27, “Choi Byung Chan will be meeting his fans at a global fan meeting titled ‘Be Shining’ at ATT SHOWBOX in Taiwan on September 28.”

They added, “Thanks to the warm support of many people, Choi Byung Chan will be meeting his global fans overseas after meeting with domestic fans at VICTON’s group fan meeting. Our company will try to create various opportunities for the VICTON members including Choi Byung Chan to meet fans in Korea and abroad.” 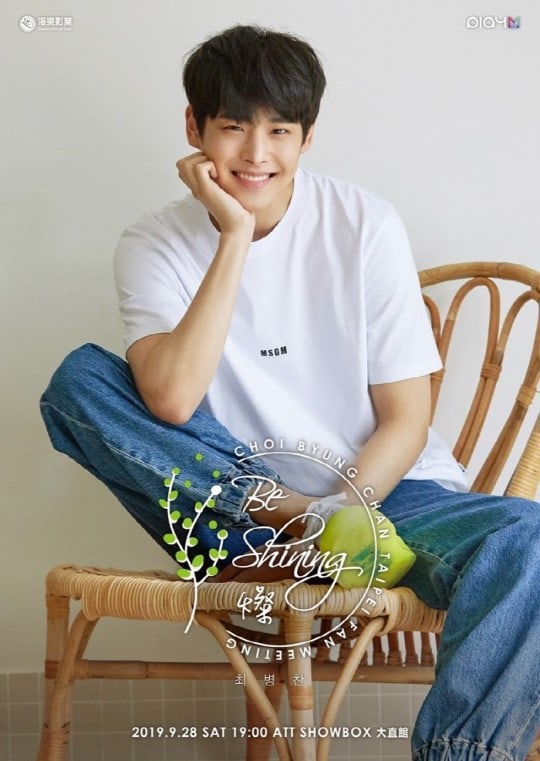 VICTON’s Subin was also recently cast in a web drama spin-off of the hit “A-TEEN,” and it will premiere on September 8.

VICTON is a seven-member group under Play M Entertainment (formerly Plan A Entertainment) that made their debut in November 2016. Leader Han Seung Woo will be promoting exclusively with X1 for the next two and a half years (with a contract that lasts five years in total). VICTON has seen a surge in popularity following the two members’ appearances on “Produce X 101,” and there’s much interest in their September fan meeting as it will be their first official event since the show.

VICTON
Byungchan
How does this article make you feel?