Watch: Song Seung Heon Makes Everyone Laugh With His Silliness While Filming “The Great Show”

tvN’s “The Great Show” has released a new making-of video!

The video starts off with Song Seung Heon rehearsing the scene where he is at an assembly meeting. He suddenly throws papers into the air, and everyone laughs at his ad-lib. The director praises, “Good job!” and Song Seung Heon starts picking up the papers with a sheepish grin.

Later on, the actor films a scene with Noh Jung Ui, Jung Joon Won, Kim Jun, and Park Ye Na. Noh Jung Ui asks if he likes his Christmas present, and his eyes widen at her question. Instead of saying cut, the director laughs, and Song Seung Heon asks, “Was I too surprised?” The cast and crew watch the scene on the monitor, and they burst into laughter at how wide Song Seung Heon’s eyes pop out. Song Seung Heon asks, “So you guys zoomed in on me, huh?”

Next, Song Seung Heon and Lee Sun Bin practice the scene where they are scolded by an elderly woman selling fish-shaped buns with red bean filling. Song Seung Heon pretends to steal one of the buns and makes everyone break into laughter at his silliness.

Song Seung Heon must have really wanted the bun because while waiting for filming to start, he casually picks up a bun to pose for a photo, but it naturally ends up in his mouth! When he realizes the video camera captured his sly moment, he grins in embarrassment and offers the bun up to the camera. Lee Sun Bin also tries a bun, and she comments, “It’s delicious! There was a reason why you kept eating it.” 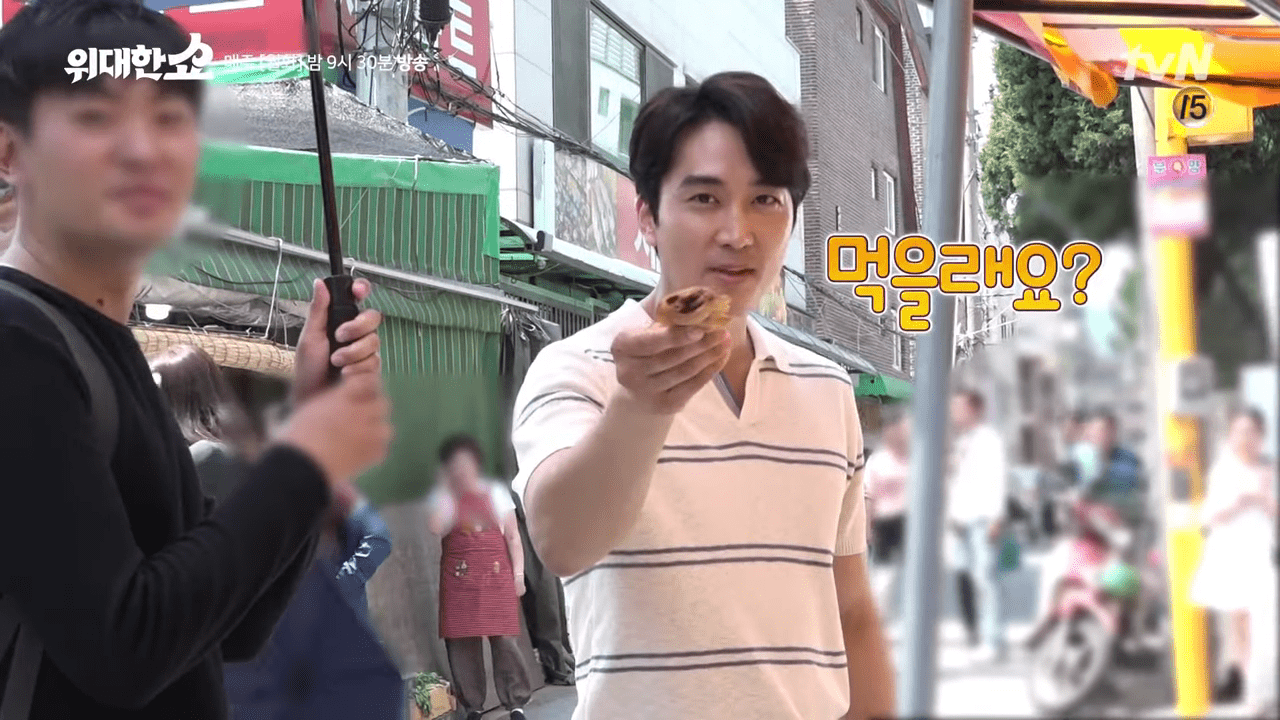 You can watch “The Great Show” on Viki with English subtitles: