Regarding the origin of the “Hotel Del Luna” universe, the writers revealed that the storyline comes from their 2009 drama, “My Girlfriend Is A Gumiho.” Hong Mi Ran shared, “A gumiho with nine tails falls in love with a regular man, and as her tail slowly disappears, she must die. From that fantasy, we moved to ‘Hotel Del Luna.'” They also referenced “Master’s Sun,” in which one of the settings was a hotel. “Hotel Del Luna,” on the other hand, was about a hotel meant solely for ghosts. 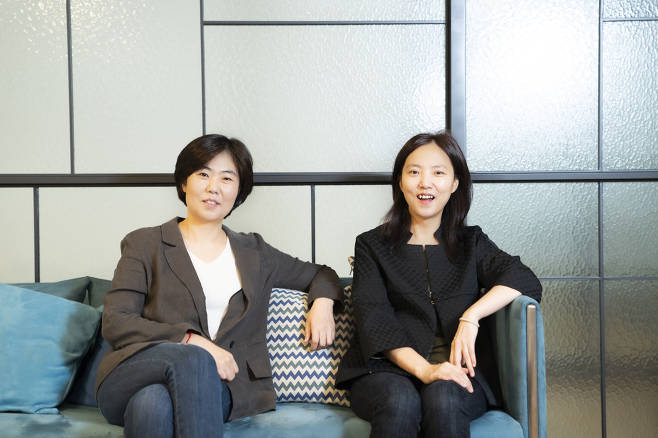 Many viewers expressed confusion as to whether the conclusion of the drama was open for interpretation or was meant to be a sad ending. Hong Mi Ran shared, “Jang Man Wol and Goo Chan Sung met knowing that Man Wol would eventually have to leave and that Chan Sung’s goal was to eventually send her off. Their relationship is that much more sad because they grew to love one another, even though they met with their parting in mind. Since we needed CGI effects for the scenes with the bridge and hotel, the script for the finale had already come out a month prior.”

Hong Jung Eun commented, “The goal of Del Luna is to be a space where ghosts can rest before they are sent off to the afterlife. Since the initial creation of this hotel, the end was always meant to be Jang Man Wol’s departure, in which she is seen off by Goo Chan Sung. Since their chemistry was so good, many viewers must have hoped they would end up together, but knew in their hearts that Jang Man Wol would leave. Since Jang Man Wol is dead and Goo Chan Sung is alive, it was impossible for them to be together in that lifetime, unless unnecessarily forced.”

As Kim Seon Bi, Choi Seo Hee, and Ji Hyun Joong were glad to cross the bridge, Hong Jung Eun explained, “It’s the happiness from washing away all the hurt from this lifetime and moving on to the next. Successfully crossing the bridge and properly sending Jang Man Wol off were the most fitting endings for both Jang Man Wol and Goo Chan Sung. Rather than a forced happy ending, this was the ending that was most fitting for Del Luna. What Goo Chan Sung ponders while looking at the painting of the mountains is what viewers want to see. [The scene] shows that though [Chan Sung] may not know how much later it is, or what lifetime they are in, he hopes for all of the ghosts to be reborn so they can meet and love one another all over again.”

However, the writers do not describe it as a sad or open-ended conclusion. Hong Mi Ran commented, “We think our story has a happy ending. Kim Seon Bi, Ji Hyun Joong, and Choi Seo Hee were all people who were supposed to leave. With Jang Man Wol’s final farewell, the story concludes well.”

Regarding Kim Soo Hyun’s surprise cameo in the epilogue, they shared, “It’s not that we have concrete plans for a second season. It was to showcase that there was still a space, now called ‘Hotel Blue Moon,’ for ghosts to come and rest.” But they did not completely shut down the possibility of season two, adding, “As ‘Hotel Del Luna’ has had a female owner until now, we thought that it would be fun to switch to a male owner.”

While the drama was popular for many reasons, the chemistry between IU and Yeo Jin Goo was a key point. Hong Mi Ran complimented the actors, saying, “They were both so good, and, despite their young age, were able to express emotions better than we expected them to. Their emotions were so vivid even when they were just gazing at one another.” Hong Jung Eun added, “The reason for their good chemistry is that IU and Yeo Jin Goo are both kind, thoughtful people who look after and cheer on one another.”

Although IU was the perfect Jang Man Wol, the Hong Sisters shared that they did not necessarily write the script with her in mind. However, they agreed that she was the perfect fit, and revealed, “When casting, there were no alternatives for Jang Man Wol other than IU, and we even thought to stop and rethink the project if we couldn’t cast her.”

The sisters also had endless praise for Yeo Jin Goo, with Hong Jung Eun stating, “Yeo Jin Goo’s image in itself matches Goo Chan Sung. Since he had recently concluded a drama, we were unsure he would be available, but were so happy when he agreed. IU, who was cast first, was also very happy, and we thought that the drama was already halfway to success with the combination of IU and Yeo Jin Goo. Although Yeo Jin Goo may still have the image of a child actor, we were completely surprised at his ability to break out of that and act so emotionally.”

With the success of “Hotel Del Luna,” the cast and crew will be taking their reward vacation on September 4.

Watch the finale of “Hotel Del Luna” below!

Hong Sisters
Hotel Del Luna
How does this article make you feel?