On September 3, the comedic first trailer for “Shall We Do It Again” was released, along with the character posters.

The trailer starts off with one of the film’s three focal points, “choice and concentration.” Married couple Hyun Woo (Kwon Sang Woo) and Sun Young (Lee Jung Hyun) are arguing, with him insisting, “I’m not doing that,” and Sun Young yelling, “We’re doing it!” The teaser pans to what initially appears to be the pair’s wedding, but then it is announced that the two are getting divorced. At work, Sung Dong Il announces, “Everything depends on choice and concentration. Either you quit your job, or you quit on your family like Hyun Woo.”

The second focal point is “an unfortunate meeting.” Sang Chul (Lee Jong Hyuk) tells Hyun Woo that he’s met a girl he wants to properly pursue. The two debate whether it’s okay that she’s a divorcee, until Hyun Woo realizes that his friend is talking about his ex-wife.

The third point is “divorcee vs. divorcee,” as the trio is seen having drinks altogether. Sang Chul makes the connection that his friend and current girlfriend have both been previously married, but fails to realize they were married to each other. He says to his girlfriend that his friend described his ex-wife as crazy, and when he asks Sun Young how her ex-husband was, she angrily responds, “He was like a dog.”

The posters show each character deep in their own dilemmas. Kwon Sang Woo’s poster reads, “Stop? Stop!” as he thinks about escaping his marriage and fulfilling his dream of being single. 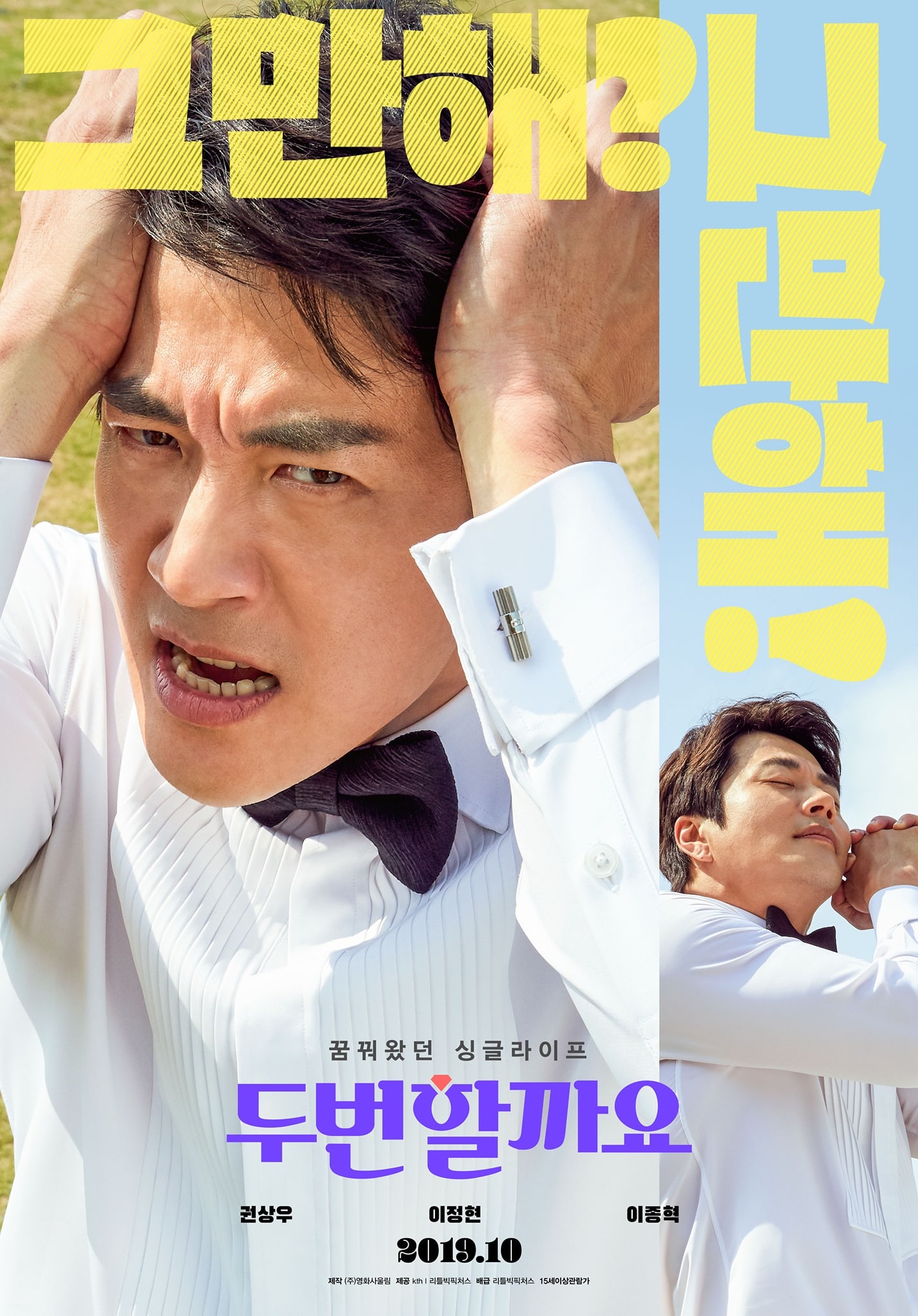 Lee Jung Hyun’s says, “Break up? Break up!” as she thinks about her relationship. 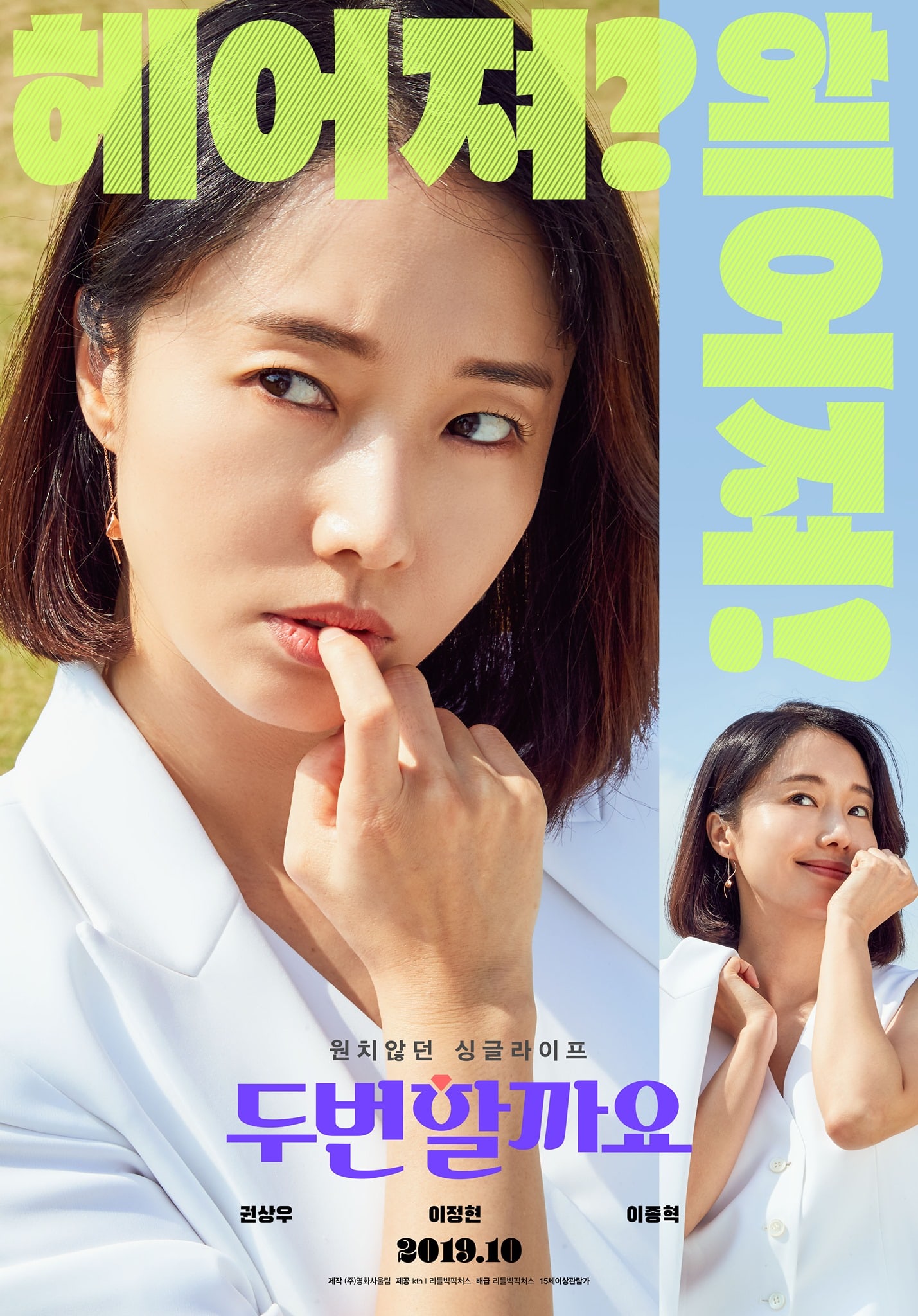 The top of Lee Jong Hyuk’s poster reads, “Really? Really!” as he tries his best to escape being single and successfully pursue Lee Jung Hyun. 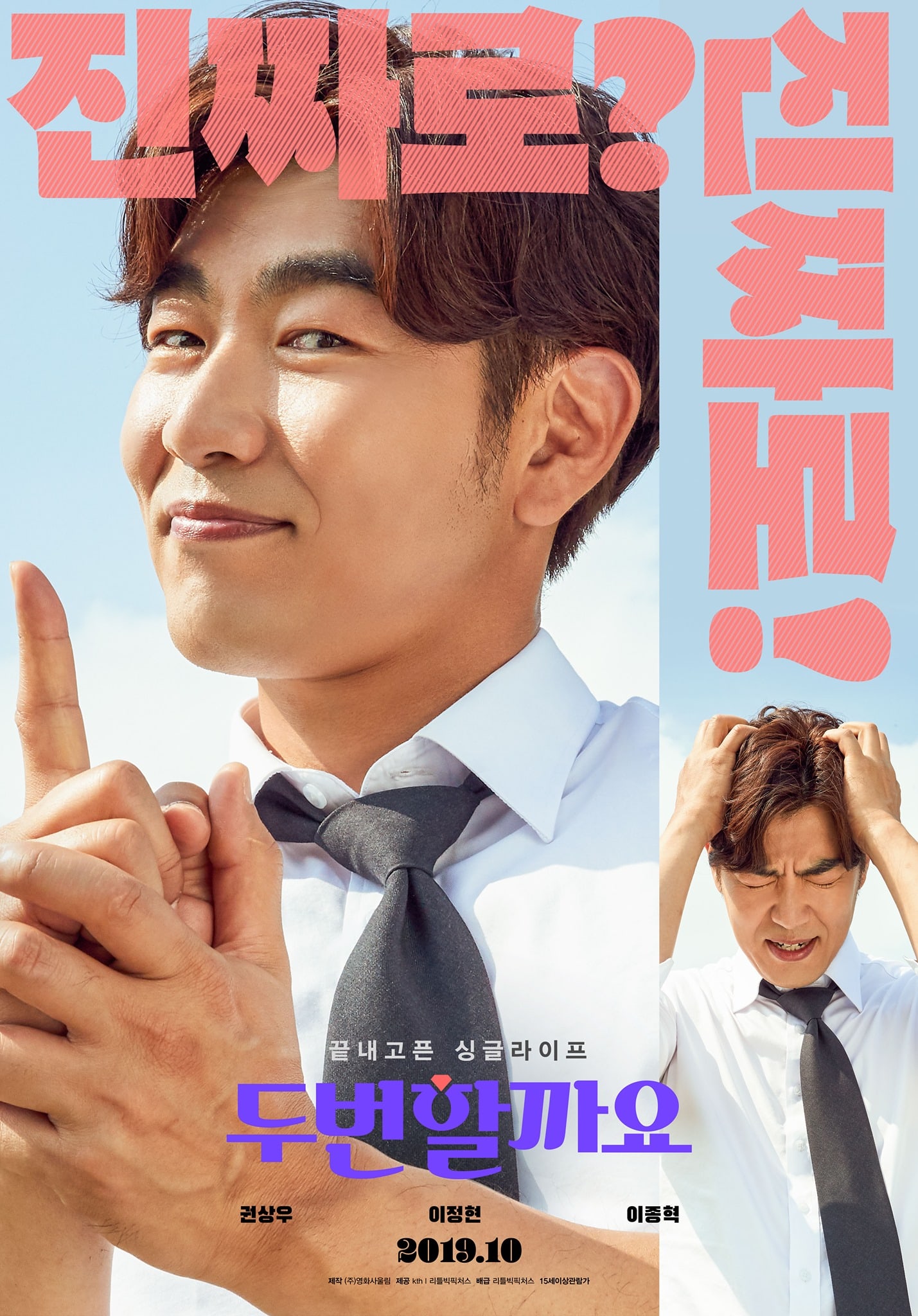 “Shall We Do It Again” is set to premiere this October.