New historical drama “My Country” (literal title) has released a teaser and poster for Woo Do Hwan!

“My Country” is a drama that takes place between the end of the Goryeo Dynasty and the beginning of the Joseon Dynasty and tells the story of the conflicts that arise due to the desires for power and protection. Yang Se Jong, AOA’s Seolhyun, and Jang Hyuk will also be starring in it.

On September 3, JTBC dropped a teaser of Woo Do Hwan as Nam Sun Ho, an aspiring military officer with deep emotional wounds because of his status as the illegitimate son of an important family. Nam Sun Ho wields a long, sharp sword as he claims, “I will steal it…even if it means turning my back against you.”

The drama also dropped an individual poster of Nam Sun Ho standing alone in a chaotic battlefield with a bloody sword in one hand. The dark and cold poster conveys a sense of loneliness that is similar to the character’s story. It raises questions about his wish for his country as well as his fate. 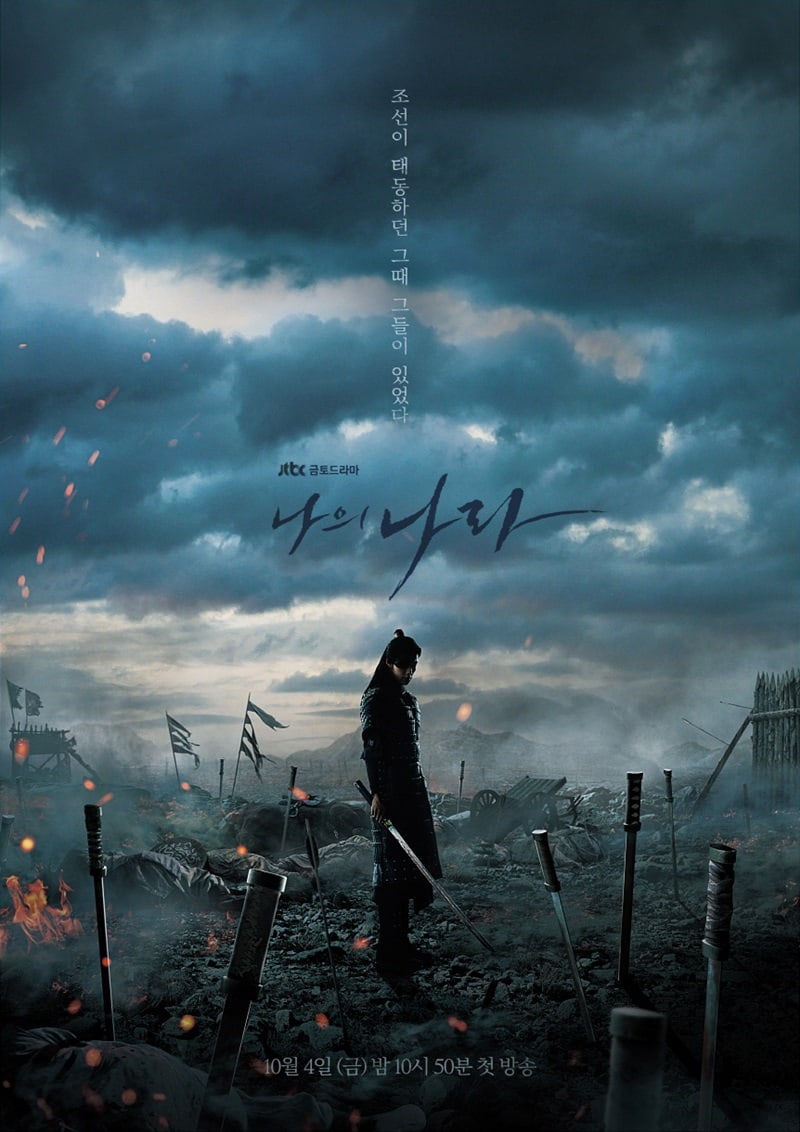 The production crew heightened anticipation for the drama by explaining, “A fierce story with figures of firm faith in the turbulent times of the Joseon Dynasty will be unveiled. Woo Do Hwan, who will be rediscovered as a [true] actor beyond his status as a trendy [star], will showcase a powerful transformation. You will be able to check out Woo Do Hwan’s presence as he portrays Nam Sun Ho with his own style.”

“My Country” will premiere on October 4 at 10:50 p.m. KST. Check out Yang Se Jong’s teaser and poster here!

Woo Do Hwan
My Country
How does this article make you feel?