Kakao M will be teaming up with various agencies to find the next Hallyu star!

Kakao M, which is actively carrying out its original video contents business, including TV dramas and digital short-form contents, expects to establish a “strong group of actors” along with its original lineup of 130 actors by discovering potential Hallyu stars with tremendous talent through the audition. In addition, the company is planning to secure original IPs for content and continue making investments to strengthen production capabilities. Kakao M will also create synergy with its prominent actors and actresses and secure a competitive edge in its unique video content.

A source from Kakao M stated, “In addition to original super-IPs and imaginative creators, actors who breathe life into the content are also very important factors that determine the competitiveness of original content. While fully supporting our existing actors’ challenges and growth, we are actively engaged in exploring new actors with potential and continuously expanding the influence of the group of actors.” 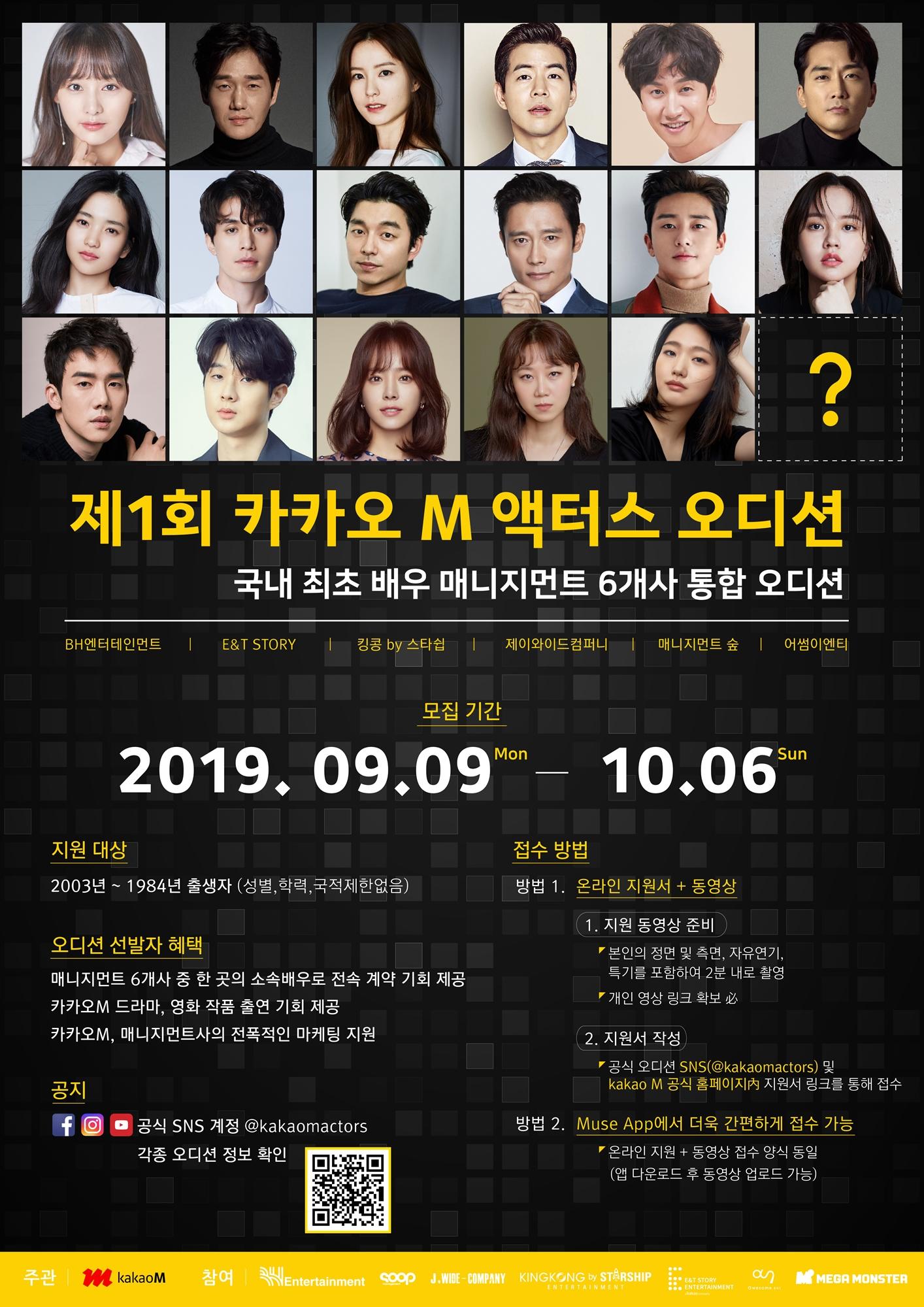 The auditions will be conducted through four rounds with both an online application and offline acting screening, and experts from the six management companies will participate as judges.

The winner will have the chance to sign an exclusive contract with one of the respective management companies and appear in dramas and various videos produced by Kakao M.

Anyone born between 1984 and 2003 is eligible for the audition, and they will be able to apply through Kakao M’s homepage, Kakao M Actors’ social media account, and casting platform MUSE’s mobile application from September 9 until October 6. The first round of successful applicants will be notified individually starting from mid-October.