On the September 6 episode of AOMG’s new show “Signhere,” B.A.P’s Jongup auditioned to join the competition that aims to find a new artist to sign with the agency.

Jongup previously appeared in the premiere of the episode, when the AOMG artist panel (Jay Park, Simon Dominic, Gray, Code Kunst, and Woo Won Jae) were surprised to see him coming on stage to apply for the show. In the latest episode, his full audition and evaluation were shown.

After a discussion with the judges in which they expressed their surprise to find that B.A.P had disbanded, Jongup opened up in an interview about his recent situation.

“I first debuted in 2012 with the group B.A.P and we promoted for seven years,” he said. “I think last year was the most difficult. I didn’t know what would happen with the company or with our group. That was the most confusing time. It was a period that made me think a lot.”

“It’s been about half a year since it ended, and I think I’ve been resting for half a year,” Jongup continued. “To be honest, I think right now I’m going through a lot of pressure mentally.” 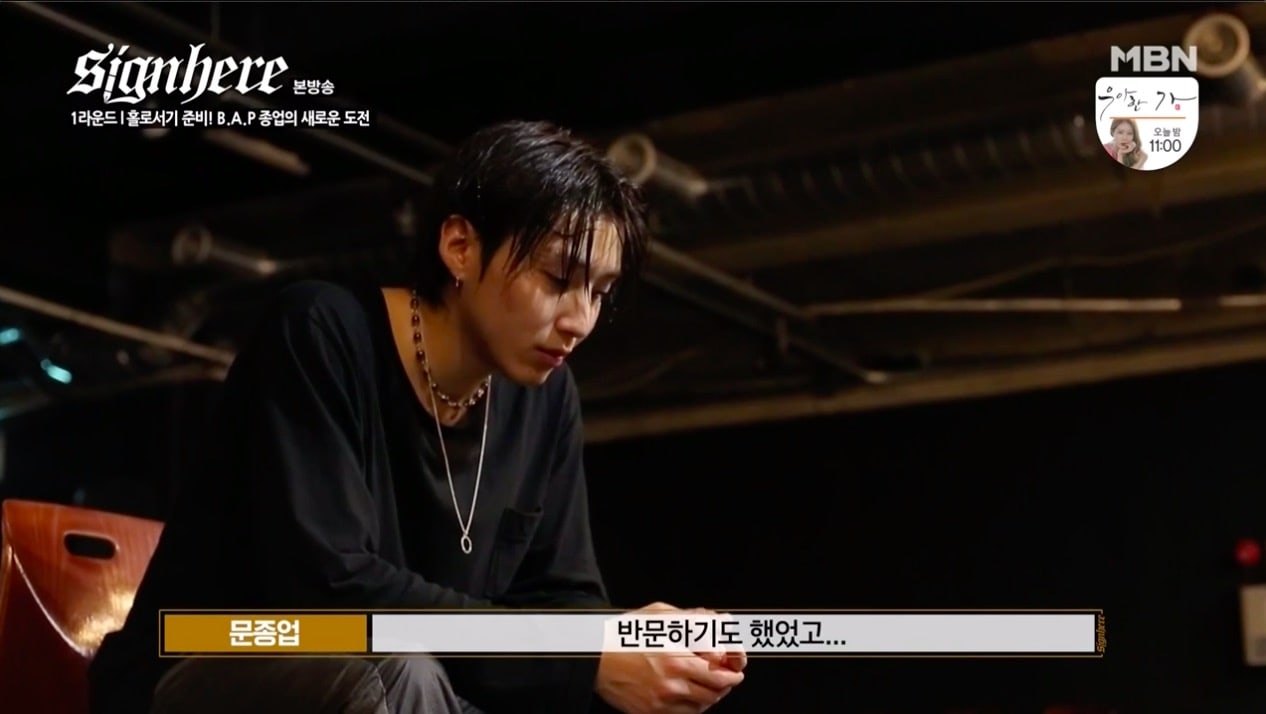 Jongup described that it was difficult to be doing this alone and said he was envious of one of the crews that was performing together as a group. “It’s because B.A.P existed that I’m here now,” he added. 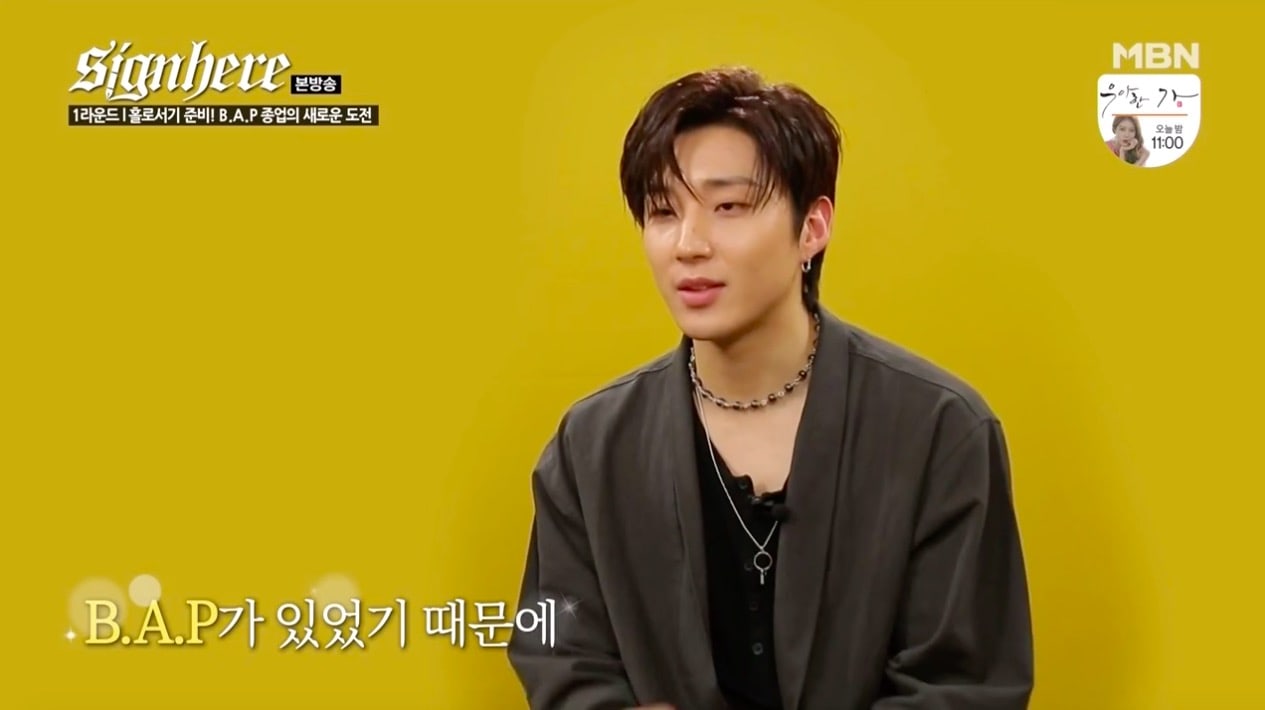 He then said, “This is my first time doing this kind of genre as a solo artist, but I’m taking on the challenge so that I can improve.”

Jongup then performed his song “Doko” for the judges. Afterwards, Simon Dominic praised one of his lines in particular and told him he’d written the lyrics well for the song. Code Kunst said, “Since you promoted with B.A.P for seven years, you of course have a lot of stage experience.” He also shared his praise for his performance and said, “I couldn’t find anything uncomfortable about it.”

Jay Park then said, “It hasn’t been long since you’ve been promoting as a soloist and doing your own composing and songwriting, so I felt that there was a lot lacking to be honest. The hook’s tone and the verses’ tone were different. I felt like they didn’t match well and didn’t feel good.” 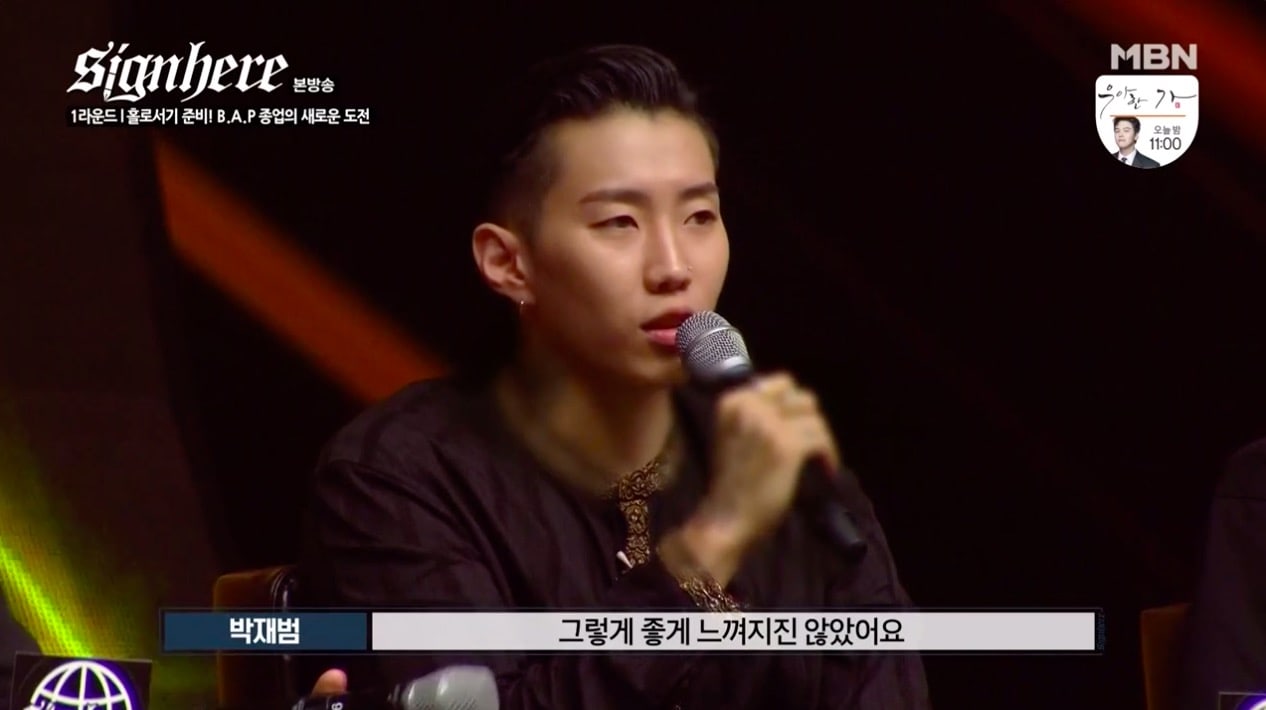 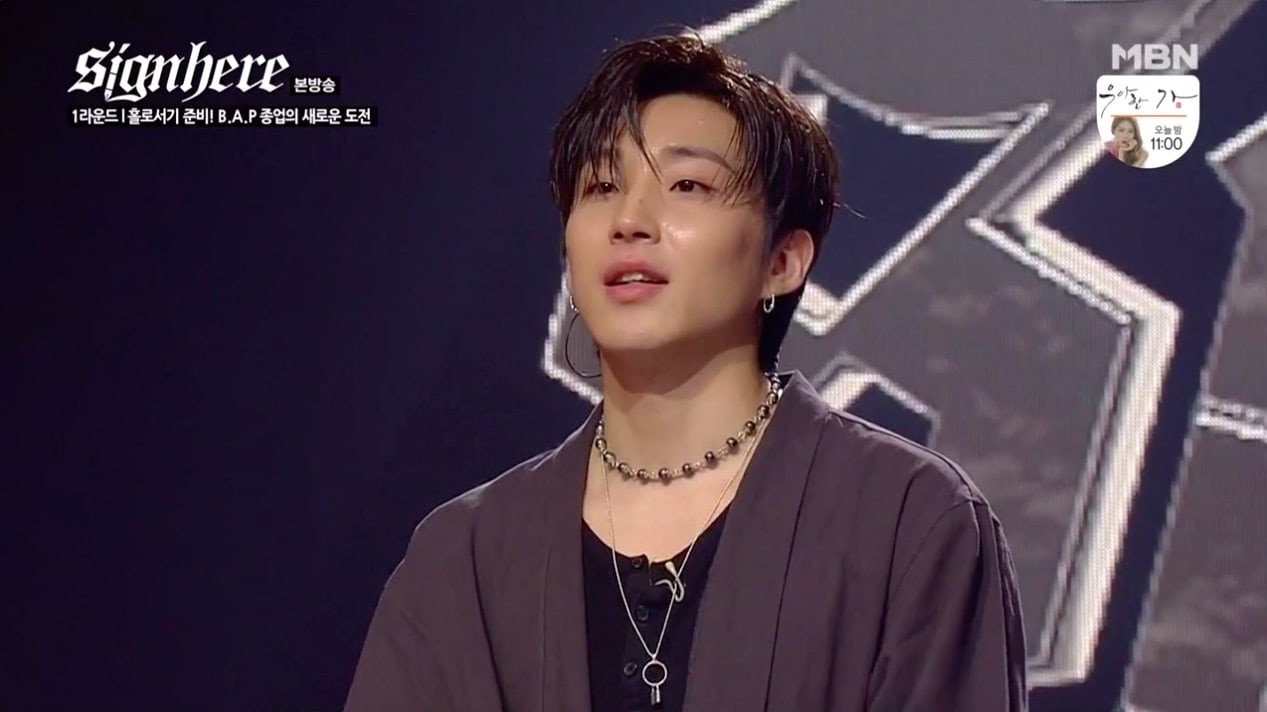 He continued, “But when I heard the verses’ tone and a few parts, I thought, ‘That’s pretty good.’ Also, when you’re promoting with a group, the members can make up for what you lack, but if you’re performing alone then what you lack stands out. So when you’re on stage on your own, you have to put in more effort and work harder.” Jongup thanked him for his comments.

Jay Park shared in an interview that he was aiming to look at idols like Jongup in the same way as he’d look at anyone else. “I don’t have any prejudice,” he said. “The reason is that I know how much the contestants feel really hopeful and energized about this stage, so I don’t think of it lightly. I’m really trying to help them with what I say. And I also experienced a lot of [prejudice as an artist who began as an idol]. So I’m trying not to have that.” 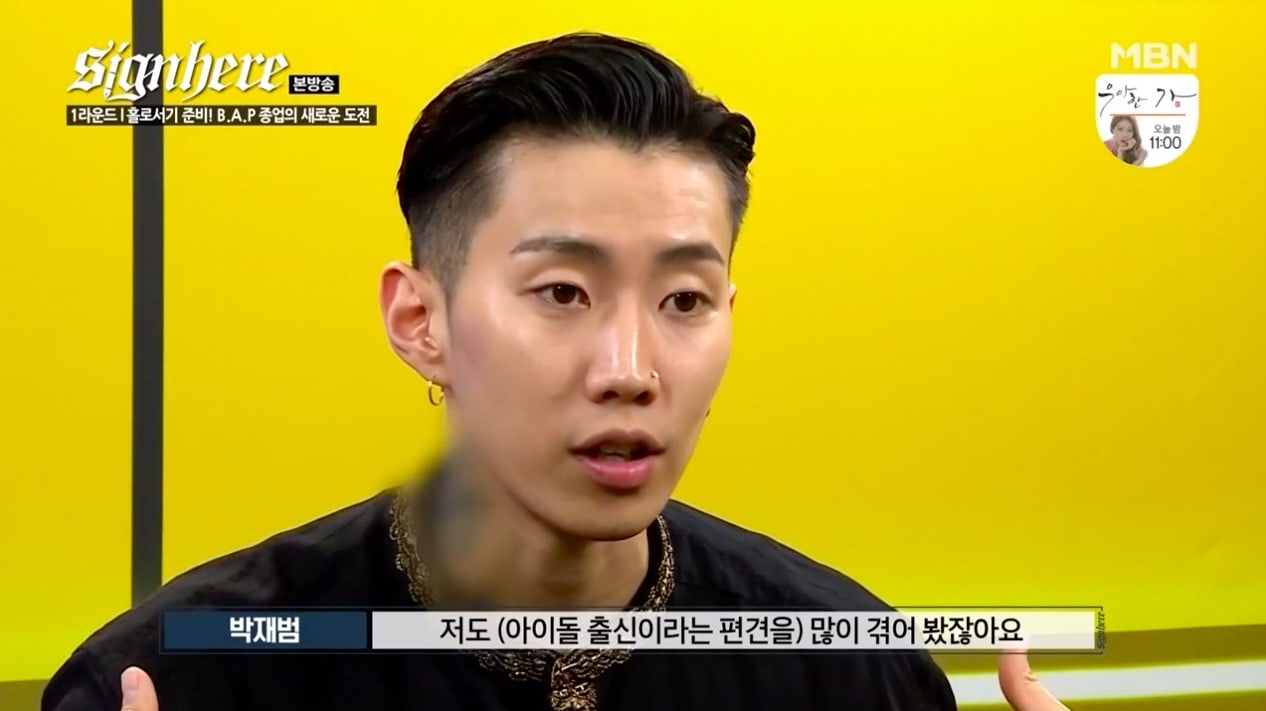 Watch his audition performance below (starting around 6:00)!

B.A.P
Jay Park
Jongup
Signhere
How does this article make you feel?