Kim Jong Kook and Jun So Min made everyone laugh with their couple dance on “Running Man”!

On the September 8 broadcast of the SBS variety show, the “Running Man” members officially began preparing for their grand 9th anniversary fan meeting. Before the event, the members practiced hard for their dance routines at 1MILLION dance studio.

Kim Jong Kook and Jun So Min learned the difficult steps of their couple performance from choreographer Lia Kim. When Jun So Min was taught a dance move where, if she wasn’t careful, she could end up kicking Kim Jong Kook in the wrong place, HaHa joked, “This is your chance, So Min.”

Kim Jong Kook playfully threatened, “Be careful. If you kick the wrong [place], you’re dead.” Despite his teasing, Kim Jong Kook displayed his sweet side when he assured, “You’re not heavy at all, so [try dancing] comfortably.” 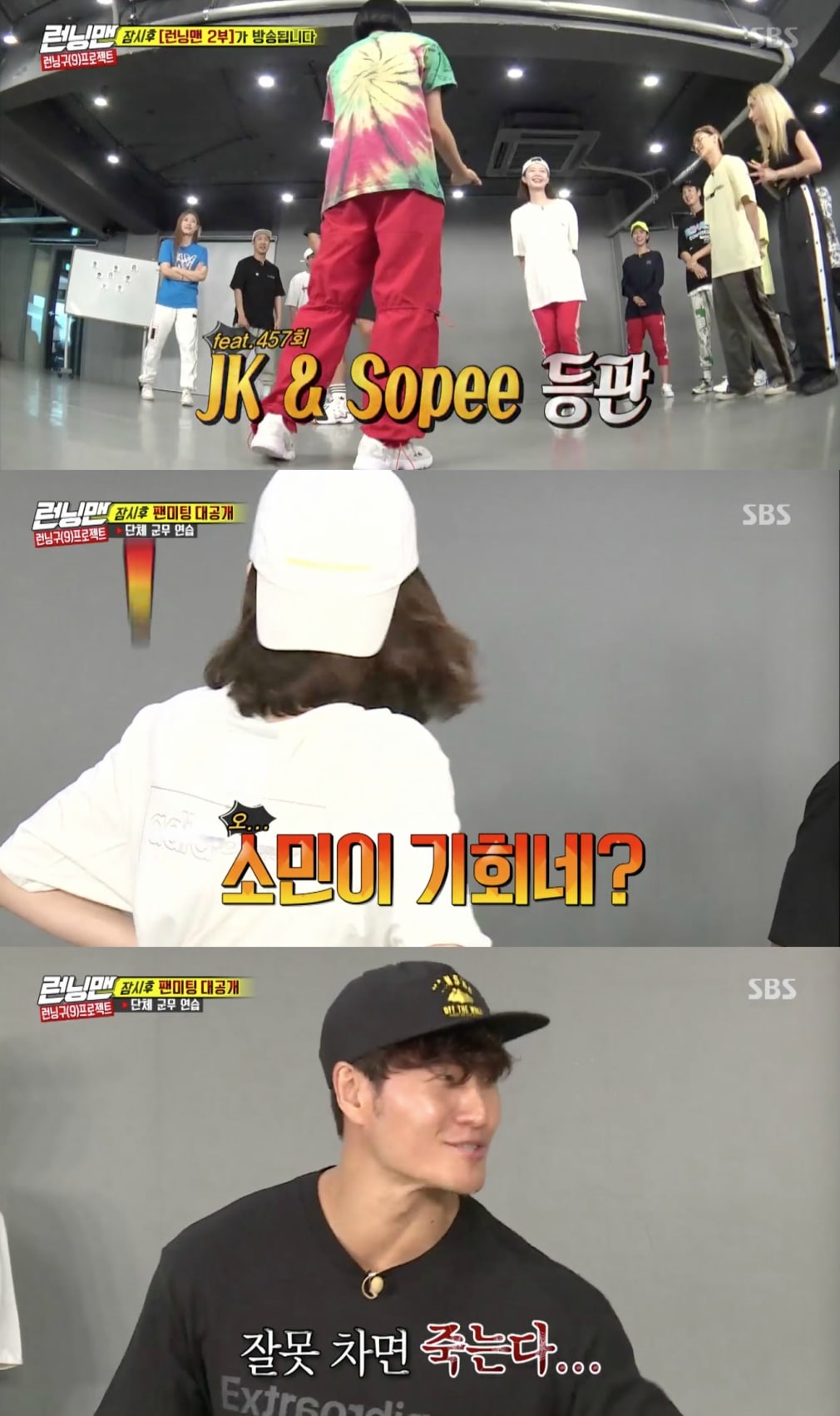 Dancers from the studio later showed an example of what the couple dance would look like. The female dancer first wrapped her arms around the male dancer’s neck and jumped up with her legs around his waist. The male dancer later lifted her up and gracefully set her back down on the floor. In response, Jun So Min grew embarrassed and asked, “Isn’t that too sexy?” Then she joked, “I should lose weight.”

Under the supervision of Lia Kim, Jun So Min and Kim Jong Kook tried the choreography next, and the members couldn’t help but explode with laughter at his tight expression. They teased, “Jong Kook, she’s heavy, isn’t she?” and “You were gritting your teeth.”

After enduring her fellow cast members’ endless teasing, Jun So Min suddenly asked Yang Se Chan to lift her up, but he toppled to the ground as if his legs had turned into jelly, making everyone laugh at his futile attempt. When Jun So Min continued to insist that he could lift her, Yoo Jae Suk joked, “So Min, why are you doing this?”

Her next target was Lee Kwang Soo, but alas, he wasn’t able to lift her up either, and the cast broke into another round of laughter. 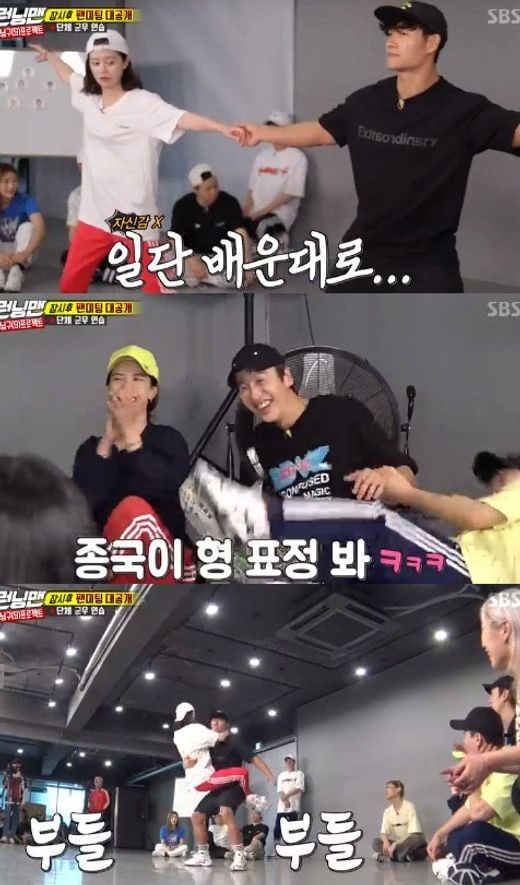 Catch up with the latest episode of “Running Man” on Viki below: