“Vagabond” will tell the story of a man who tries to uncover hidden secrets behind a commercial plane crash that leads him to a giant national corruption scandal. The espionage action melodrama will follow the lives of people who have lost their families, affiliations, and even their names as they embark on a dangerous journey.

Following individual posters for leading actors Lee Seung Gi and Suzy, “Vagabond” has now released more posters that showcase the stellar cast that will bring the story to life. The first poster is of the pair as they point guns at targets, with Lee Seung Gi’s face covered in blood and sweat as he glares with rage at something while Suzy has a complicated look in her eye as she also gets someone in her crosshairs. The tension created between the pair is enough to pique people’s interests about the ties that bind them together. 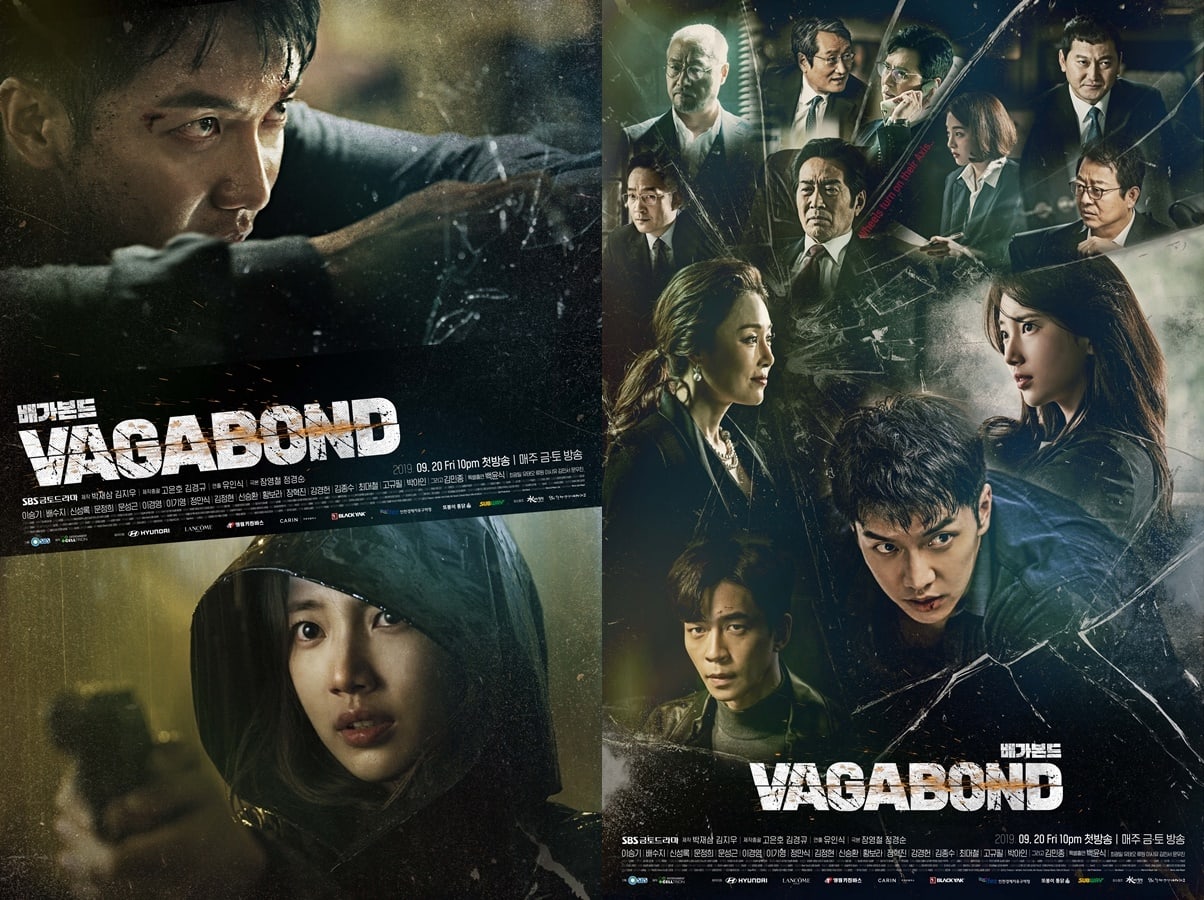 The production company stated, “The actors have immersed themselves into the story and their characters and are all putting on an amazing performance. Please anticipate ‘Vagabond’ as the compelling story combines with a talented cast of actors.”