On September 9, Good Data Corporation released the lists ranking non-drama TV shows and cast members that generated the most buzz from the first week of the month between September 2 to 8.

The rankings are based on online articles, blog posts, community forums, social media posts, and views on video clips for 192 non-drama TV programs that are currently on air or scheduled to air soon.

Mnet’s “Queendom” topped the rankings for non-drama TV programs for the second week in a row. Mnet’s “Show Me The Money 8” has also remained in second place for the second consecutive week. In sixth was MBC’s “Radio Star,” which jumped 50.08 percent and nine spots following Song Yu Vin’s appearance.

JTBC’s “Begin Again 3” landed in fourth among TV programs, but late addition Taeyeon topped the rankings for all cast members. Song Yu Vin, who garnered attention for his “Radio Star” appearance, was ranked fifth as a new entry in the list. 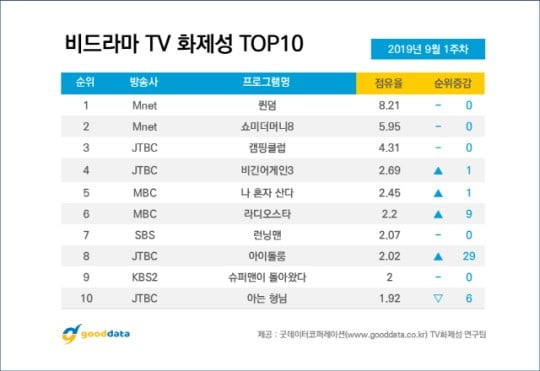 The top 10 buzzworthy cast members are: 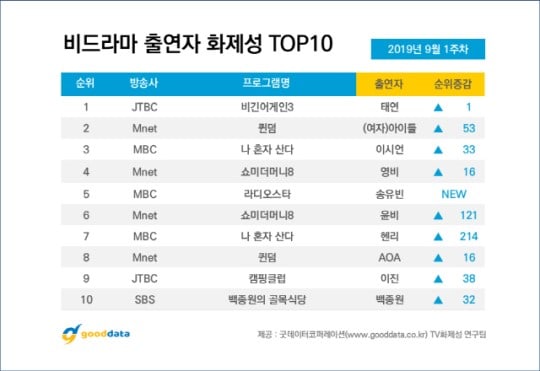