TVXQ and Super Junior are starring in a travel documentary!

YouTube will be releasing an original show titled “Analog Trip” featuring TVXQ’s Yunho and Changmin and Super Junior’s Leeteuk, Shindong, Eunhyuk, and Donghae as they travel through Indonesia with just their backpacks. The show offers an intimate look into the bond between group members, footage of them appreciating the grandeur and beauty of nature, and moments where they share their innermost feelings and thoughts.

“Analog Trip” will be a special vacation for the idols who have worked tirelessly since their teens. The six members will go backpacking with only a single travel guide book, and during their trip, they’ll look back on their friendship and past since they were trainees. TVXQ and Super Junior will share sincere and honest thoughts that they’ve never shown before on broadcast while experiencing the beauty of Mother nature and strengthening their bond.

The show will be released on October 9 through SMTOWN’s official YouTube channel. “Analog Trip” will consist of 12 episodes, and each episode will be released every Wednesday at 10 p.m. KST. YouTube Premium members will be able to watch all twelve episodes on October 9. 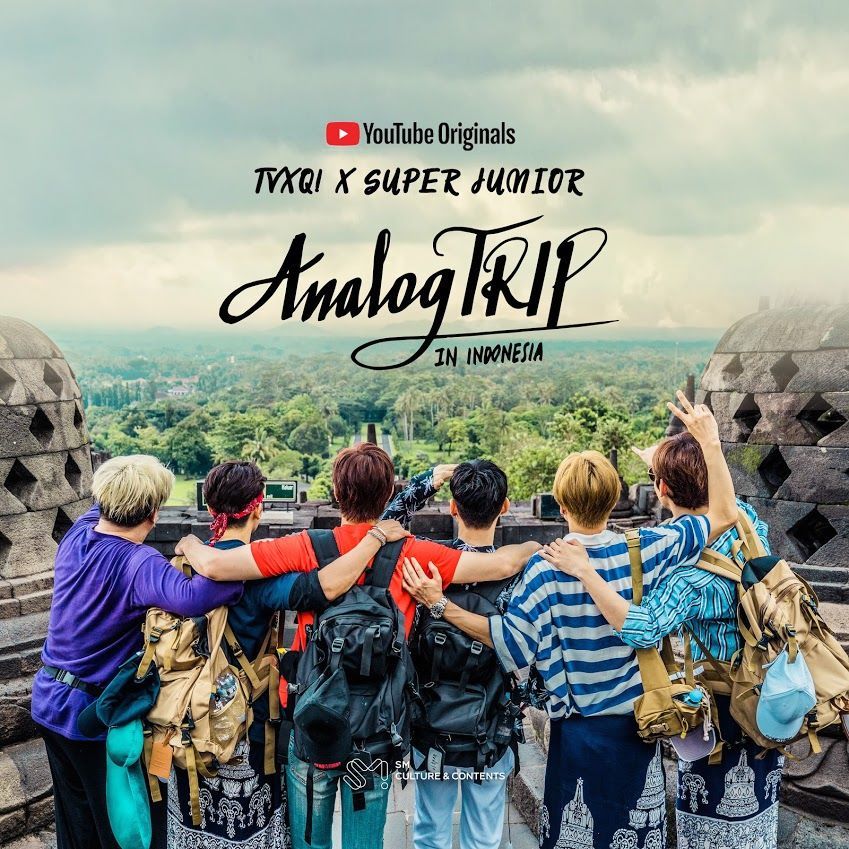