Based on the webtoon of the same name, “Tale of Nok-Du” is a historical rom-com that tells the story of a man named Jeon Nok Du (played by Jang Dong Yoon) who disguises himself as a woman to enter a mysterious all-female community. There, he meets Dong Dong Joo (played by Kim So Hyun), a gisaeng-in-training who wants to be anything but a gisaeng (female courtesan).

In her new poster, Kim So Hyun wears a warm smile on her face as she stands in a beautiful white and pink hanbok (traditional Korean dress). She holds a magnifying glass in order to examine the scroll in her hand, and she draws viewers in with her strong, steady gaze, which hints at her character’s firm principles and inability to tolerate injustice. The poster describes her character Dong Dong Joo as a “lively gisaeng-to-be.” 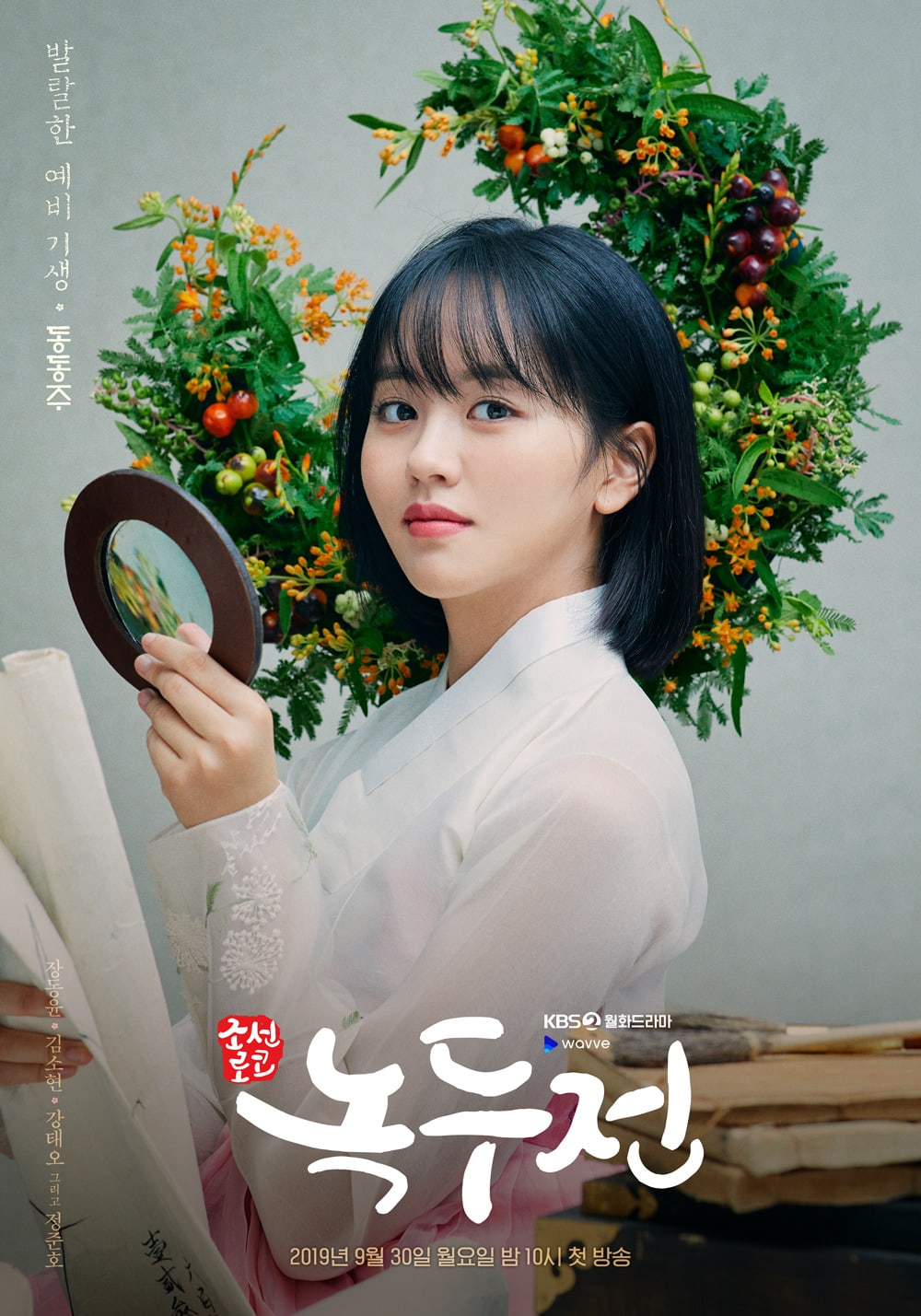 Kim So Hyun will portray Dong Dong Joo as a gisaeng-in-training with a sharp personality who isn’t afraid to speak her mind. Expectations are already high as to what kind of turbulent changes Jeon Nok Du will bring to the life of Dong Dong Joo, who harbors a hidden secret.

Producing director (PD) Kim Dong Hwi commented, “Kim So Hyun is an actress that is like a rainbow. She is pretty, cute, and cool at the same time, and she can show a colorful variety of charms, from laughter to tears. During filming, I’m always in awe of her detailed acting and sincerity.”

He added, “Kim So Hyun has shown her charms in many works, but I’m certain that ‘Tale of Nok-Du’ will be a particularly special one. I’m already excited about conveying to viewers the admiration and emotions I feel on the filming set. You can safely look forward to Kim So Hyun’s ‘Dong Dong Joo.'”

“Tale of Nok-Du” is slated to premiere on September 30 at 10 p.m. KST and will be available on Viki with English subtitles. Check out Kim So Hyun’s teaser for the drama here!