Based on a webtoon of the same name, “Tale of Nok-Du” is a historical rom-com about a man named Jeon Nok Du (Jang Dong Yoon), who disguises himself as a woman to enter a mysterious all-female community. There, he meets Dong Dong Joo (Kim So Hyun), a gisaeng-in-training who is not interested in becoming a gisaeng (a female courtesan).

Jang Dong Yoon’s character poster shows him in disguise as a woman, putting on makeup and surrounded by a background of flowers. However, his clothes are of the type that is associated with men of the period, suggesting that he is still in the middle of his transformation. The caption reads, “A man full of secrets, disguised as a woman, Jeon Nok Du.” 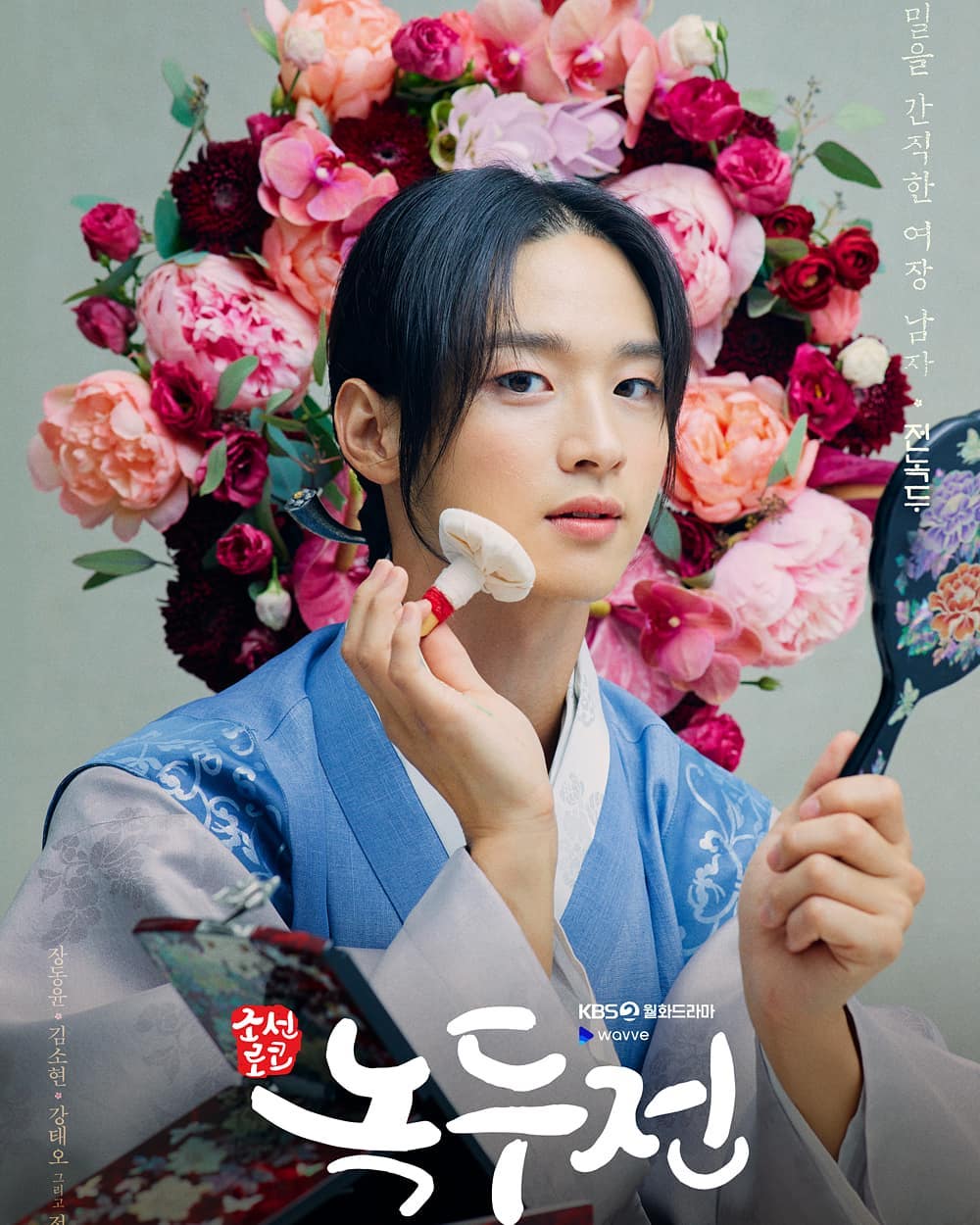 Director Kim Dong Hwi stated, “Jang Dong Yoon is an earnest and smart actor. In order to play Nok Du, he rehearses not only acting but also horseback riding, action, dancing, and how to move like a woman. He is maturing every day and exceeding expectations. Through Nok Du, you will be able to see a new side of Jang Dong Yoon as an actor. I feel a sense of happiness and pride in him as a director. Please look forward to seeing his surprising transformation as an actor.”

“Tale of Nok-Du” will premiere on September 30 and will be available on Viki. Check out Kim So Hyun’s character poster here!