Check out the results from day two below, and day one’s results here!

In the first round of the final, although it seemed like Chaerin of Cherry Bullet would take a win over WJSN’s Yeonjung, her knee hit the ground first, giving the point to WJSN. Eunseo and Mirae then stepped up to face off. After they both showed their strength in a struggle, Eunseo brought Mirae down for the win, earning WJSN the gold and a set of Korean beef. 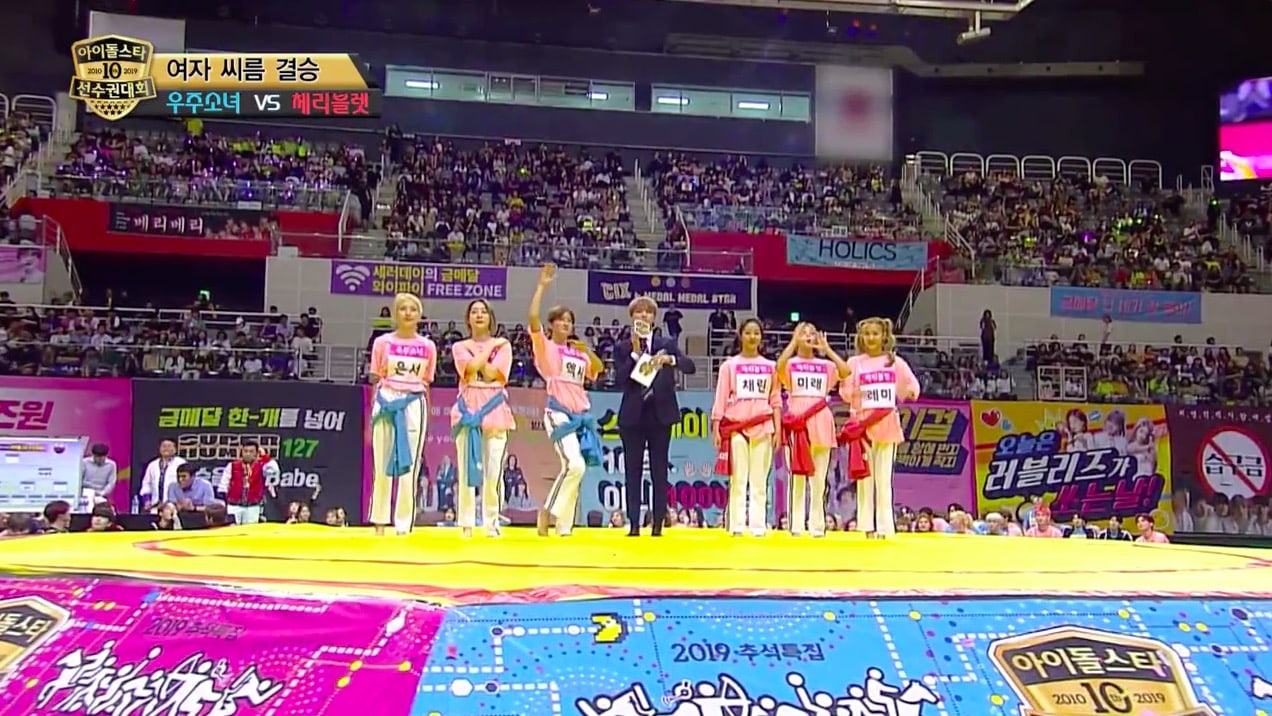 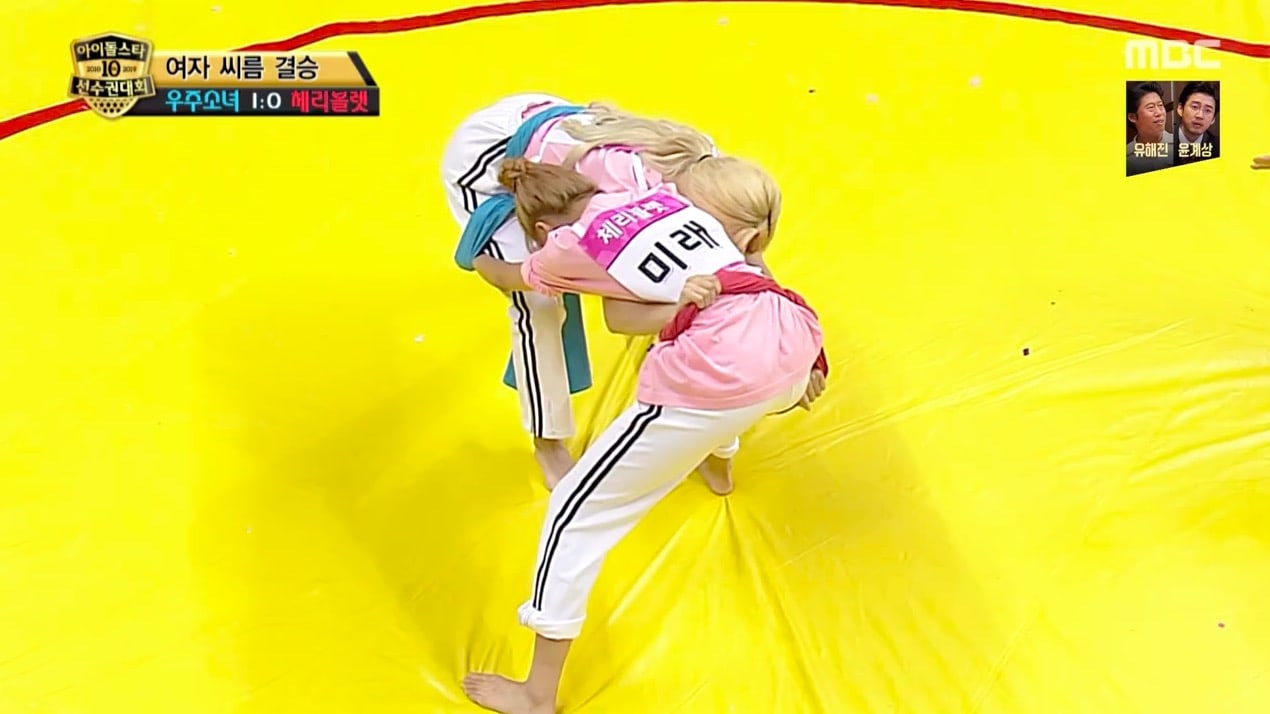 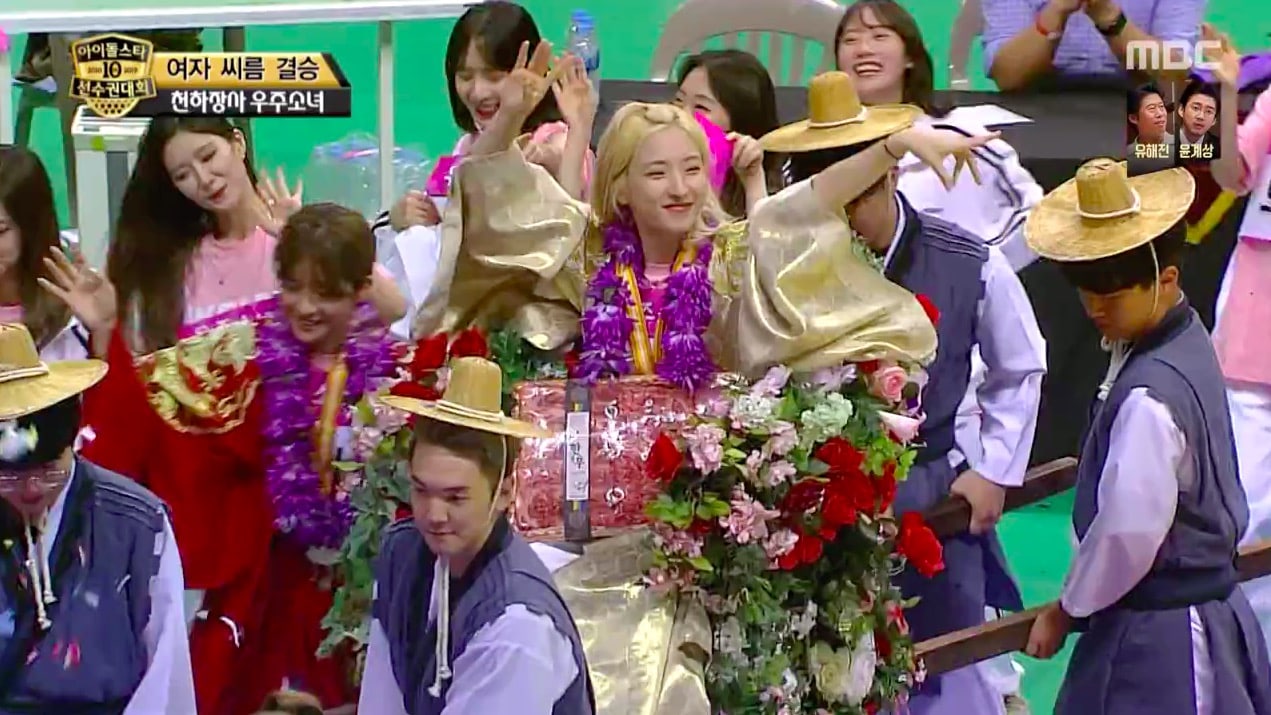 The final for archery among male athletes was between Stray Kids and NCT 127. NCT 127 sent in members Mark, Doyoung, and Johnny, while Stray Kids put Lee Know, Felix, and Hyunjin in the game. It was a close match, but NCT 127 won the gold with an overall score of 93 to Stray Kids’s 90. 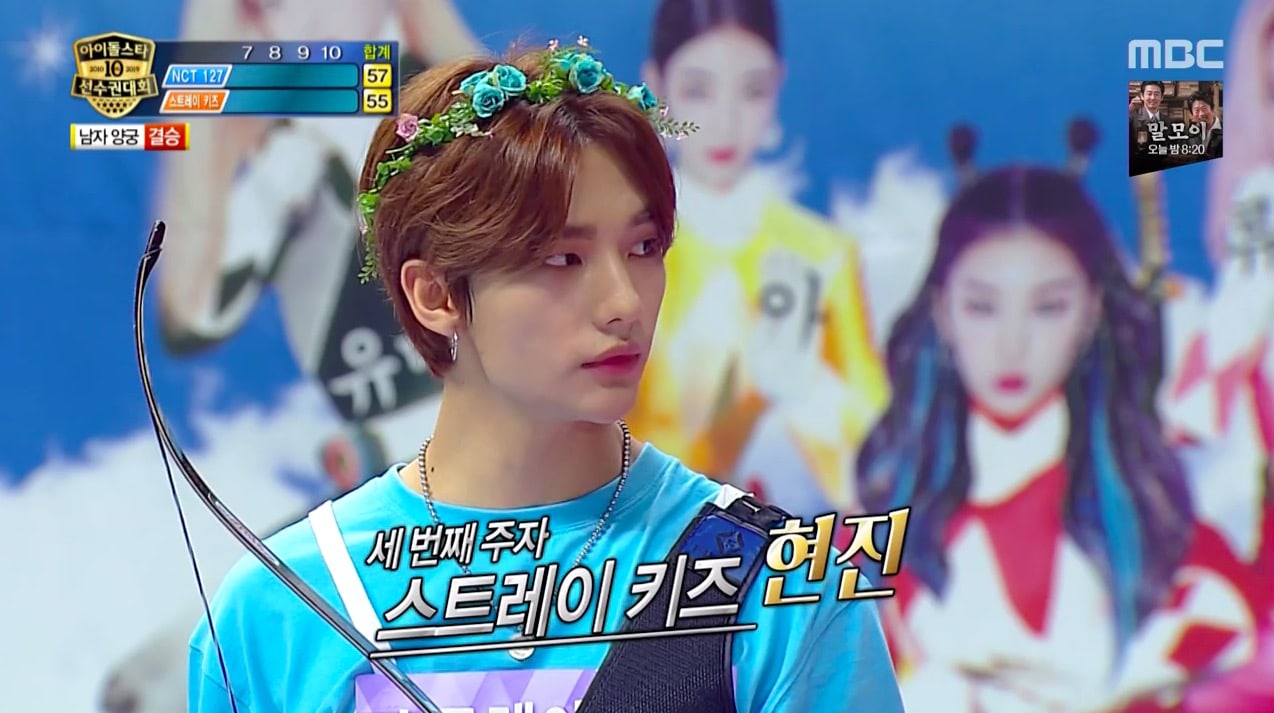 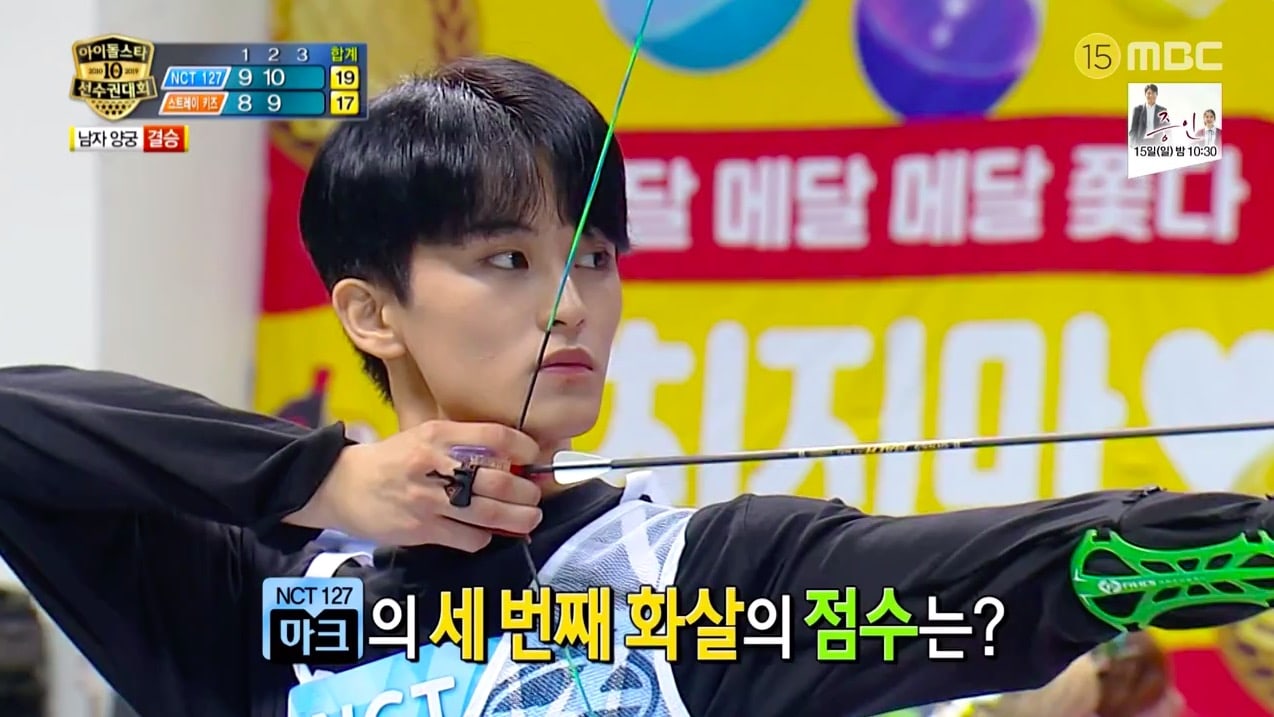 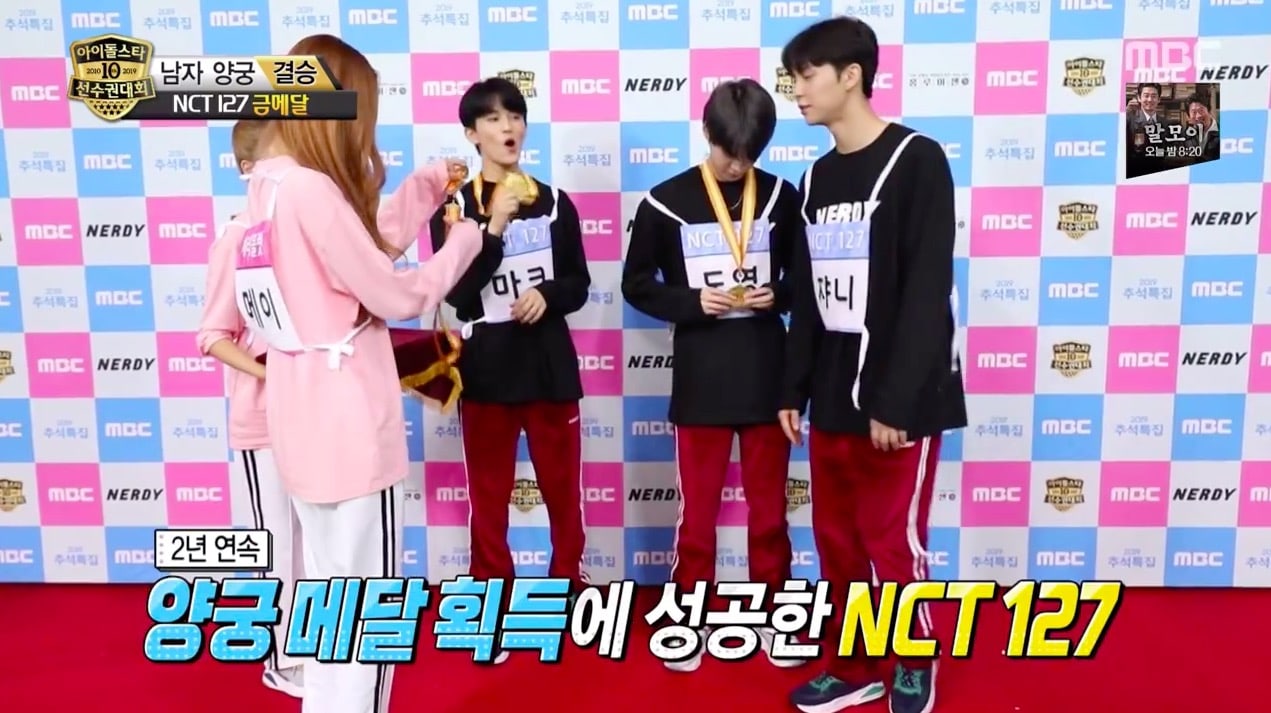 Pitching was a new event at “Idol Star Athletics Championships” this season, and members from groups including Red Velvet, ITZY, GWSN, LOONA, Berry Good, Cherry Bullet, IZ*ONE, and Weki Meki took part. The participants were evaluated by expert judges on their posture, fastball, and control.

Berry Good’s Johyun, Cherry Bullet’s Jiwon, and ITZY’s Yeji moved on to the final after all receiving perfect scores. Jiwon then took the gold, with Yeji receiving silver and Johyun receiving bronze. Yeji was named as the “Fastball MVP” after she threw a 68 kilometer/hour (approximately 42 miles/hour) pitch. 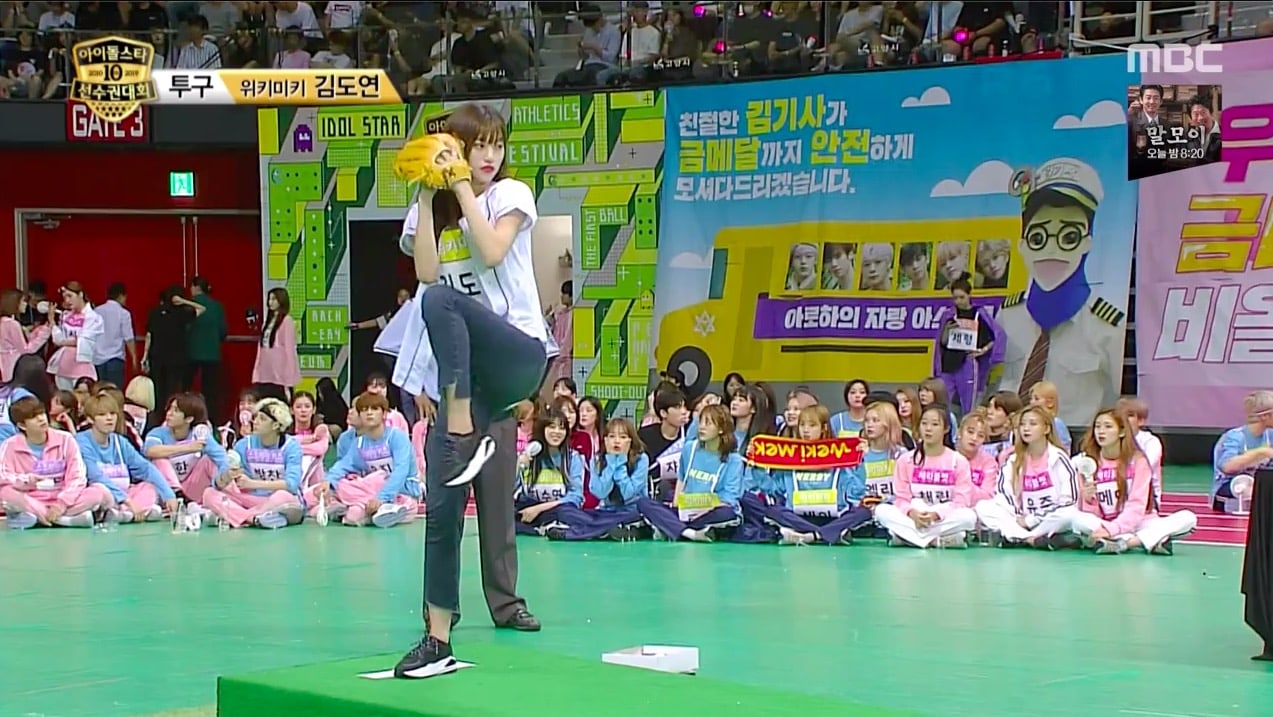 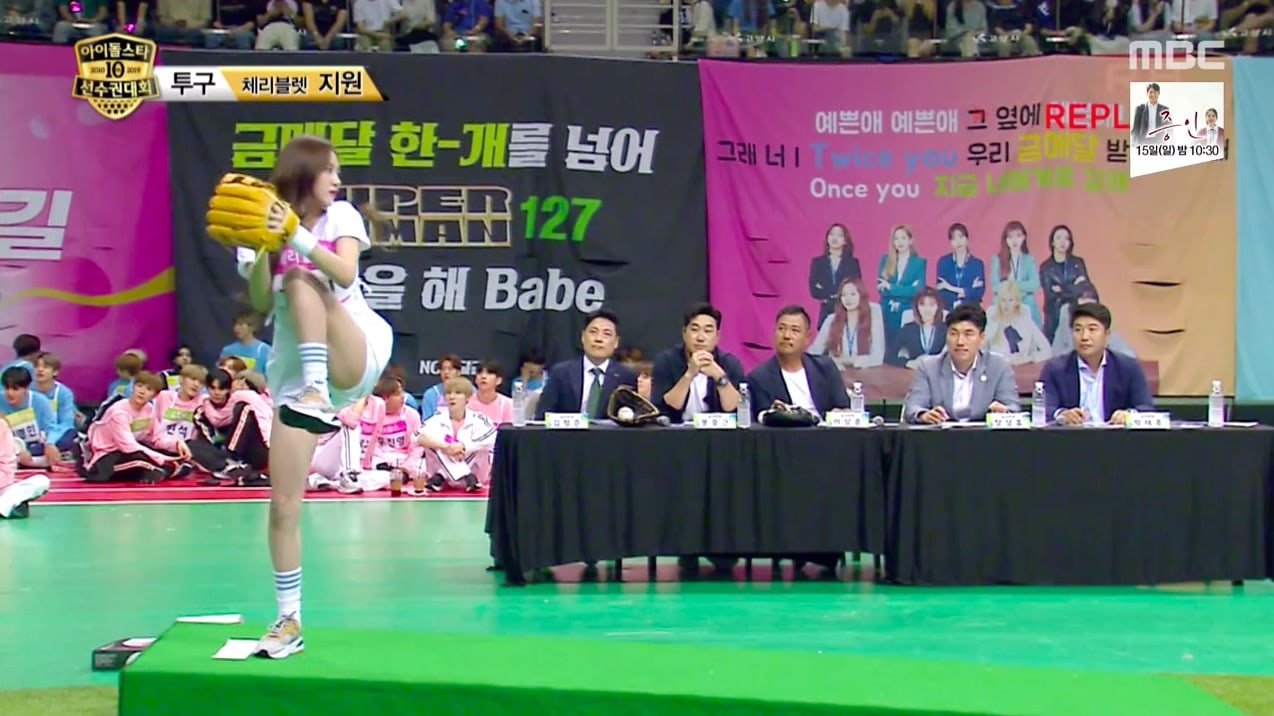 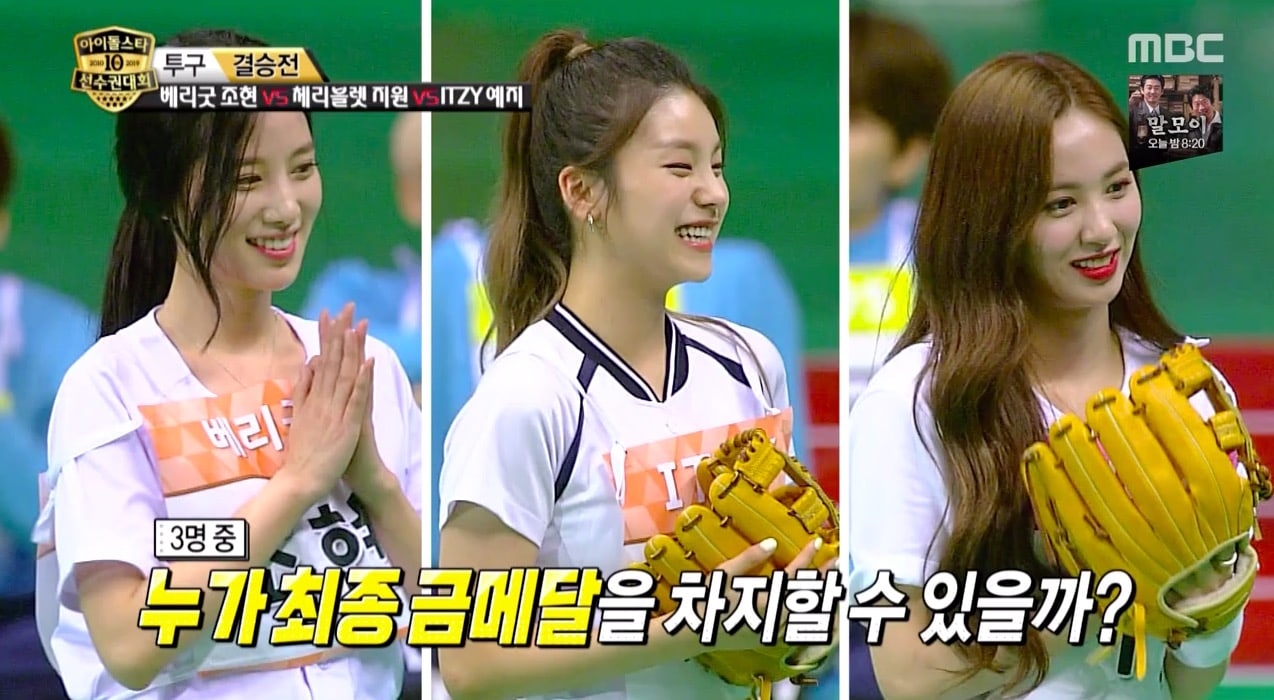 The new event of eSports was also introduced this season, with the idol athletes playing PlayerUnknown’s Battlegrounds Mobile. VAV’s Lou took the gold in the individual battle that was shown in yesterday’s episode, and the group battle aired in the second day’s special. 51 idols from 14 groups took part in the group battle. 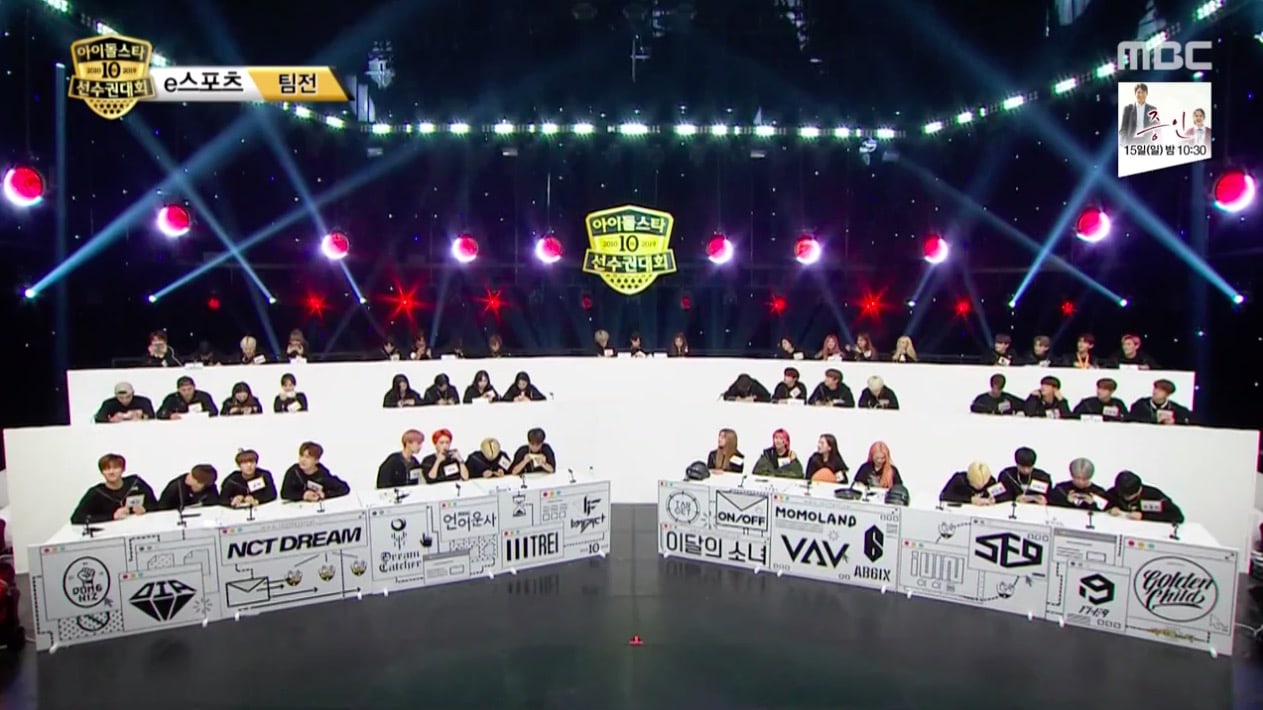 NCT Dream was seen as a major contender for first from the beginning, and they ended up taking the win with their shooting skills. Their ace Chenle even achieved a whopping 10 kills! 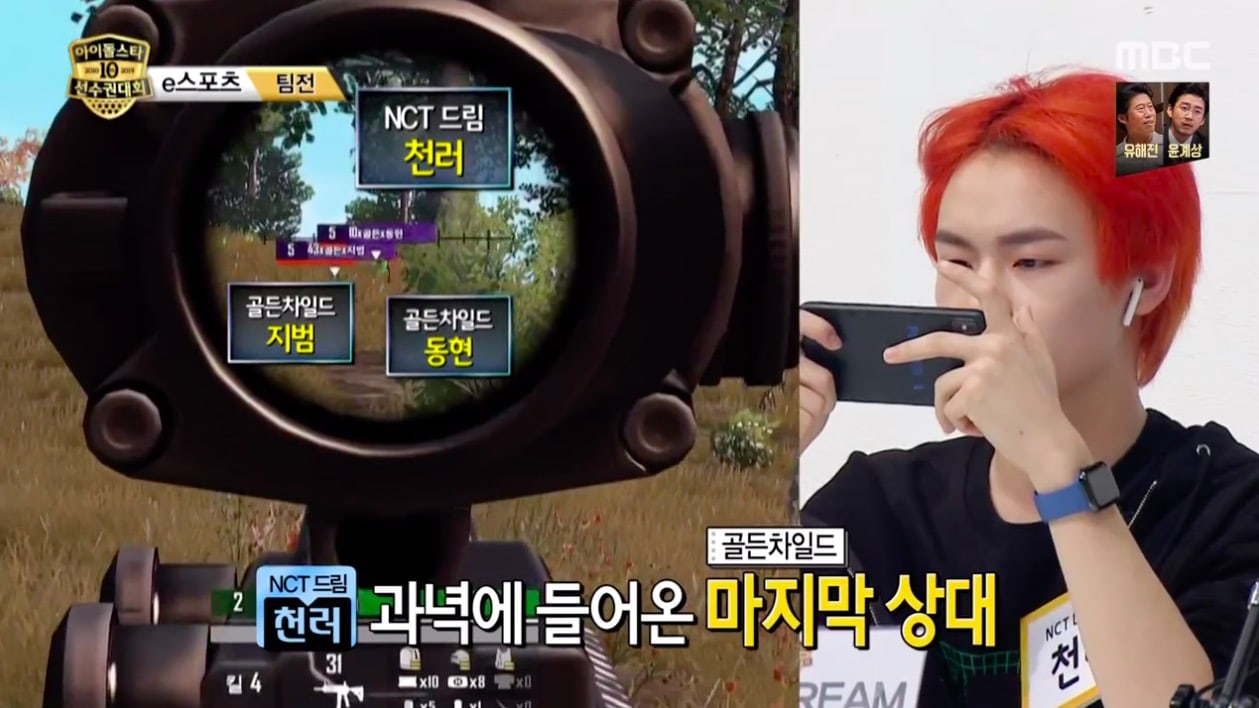 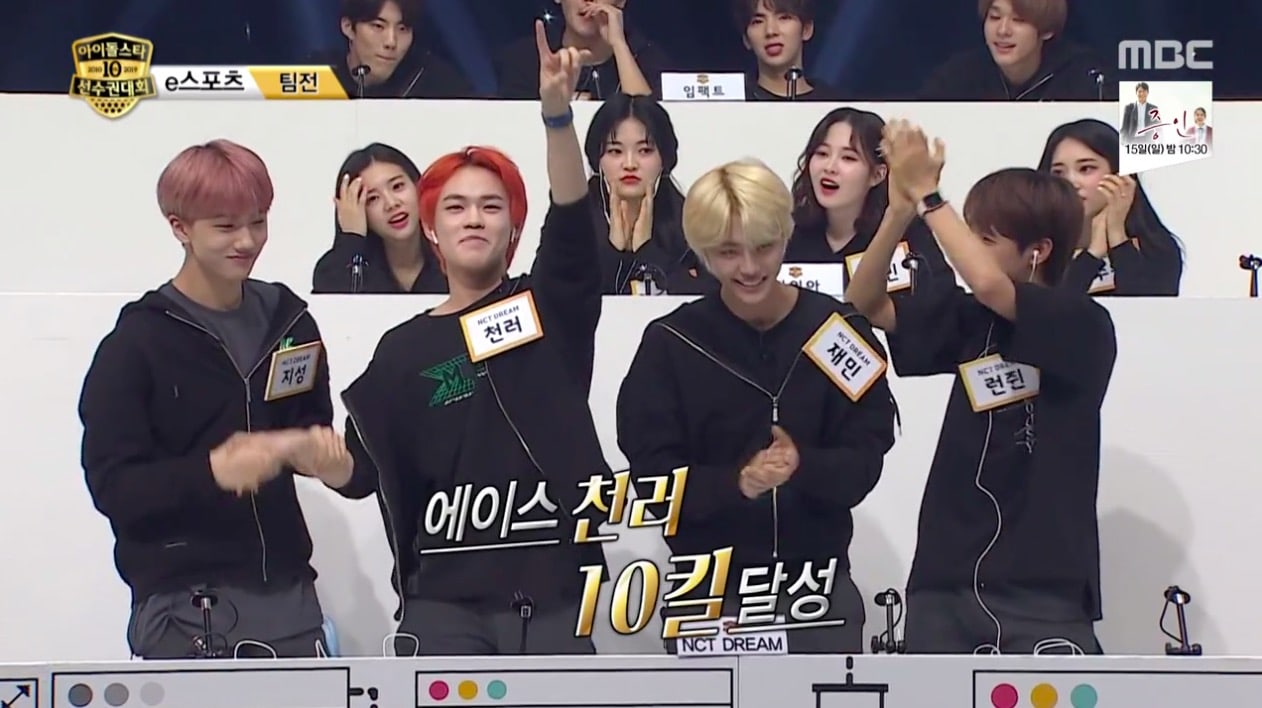 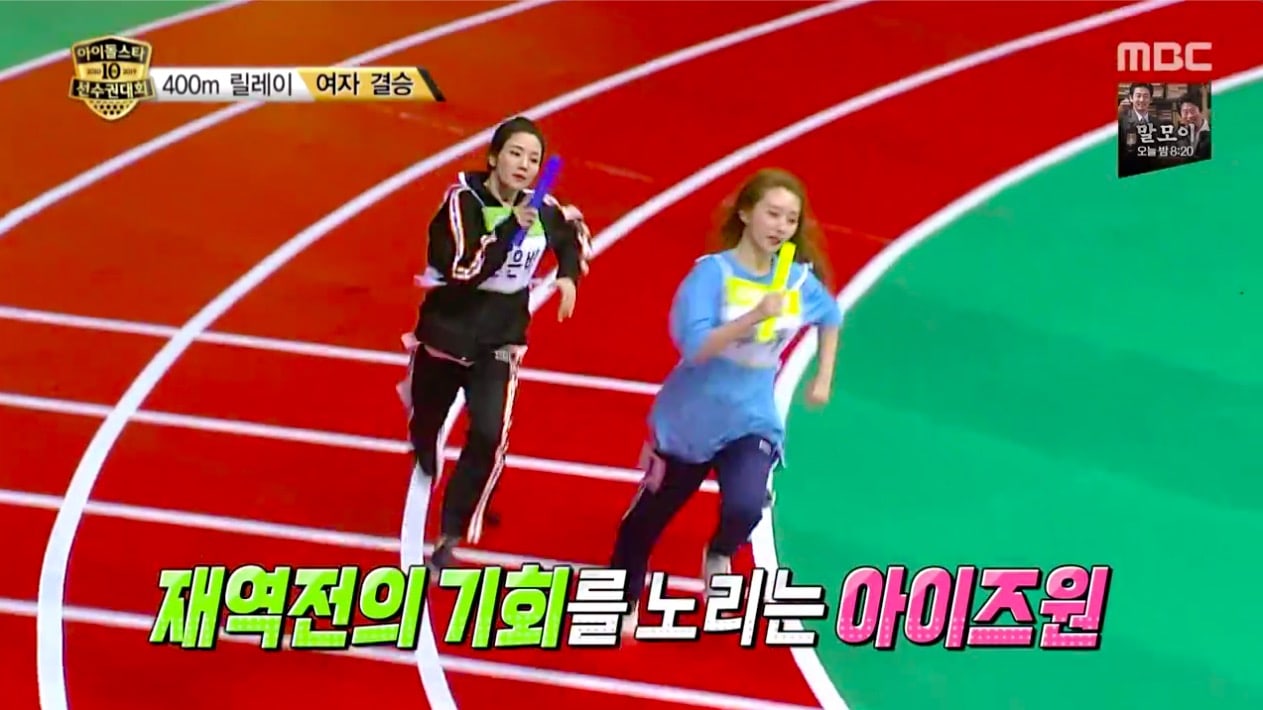 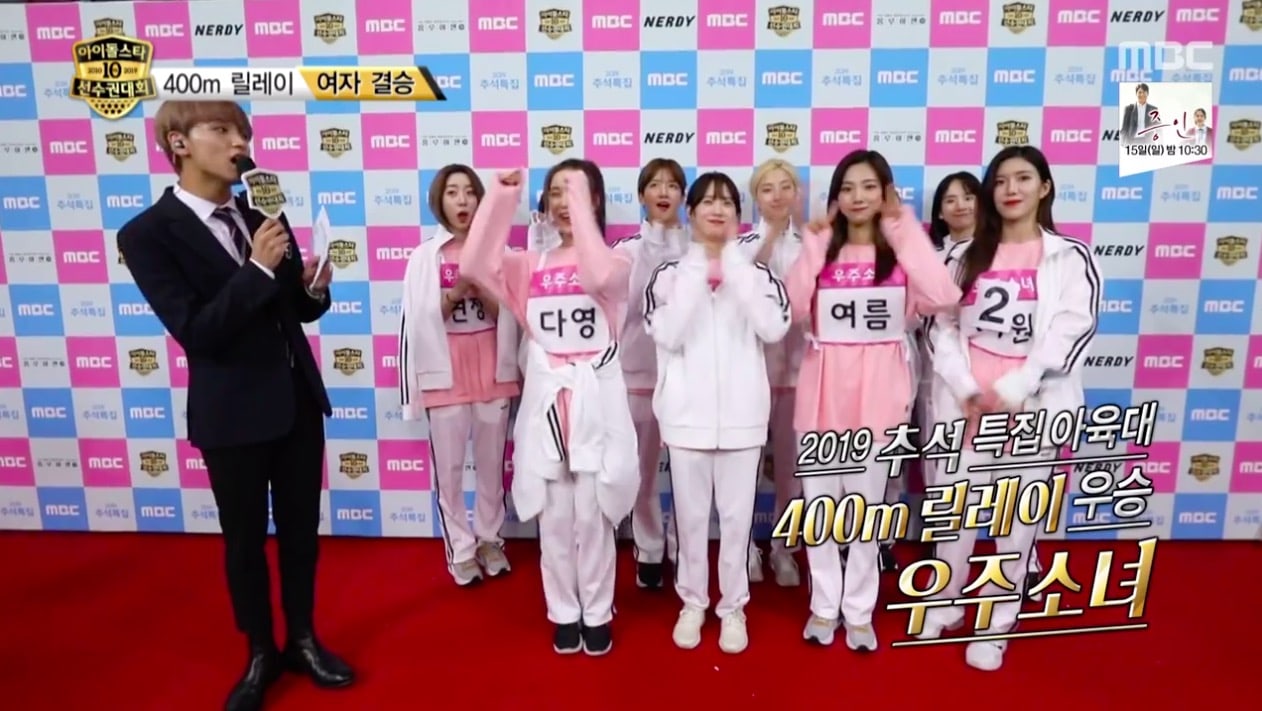 Golden Child, Stray Kids, The Boyz, and ASTRO took on the final for male athletes in the 400-meter relay. The Boyz and Golden Child became locked in a tight competition for first. While Golden Child seemed to be falling behind, their final runner Y took to the track and sailed into first place right at the last moment. 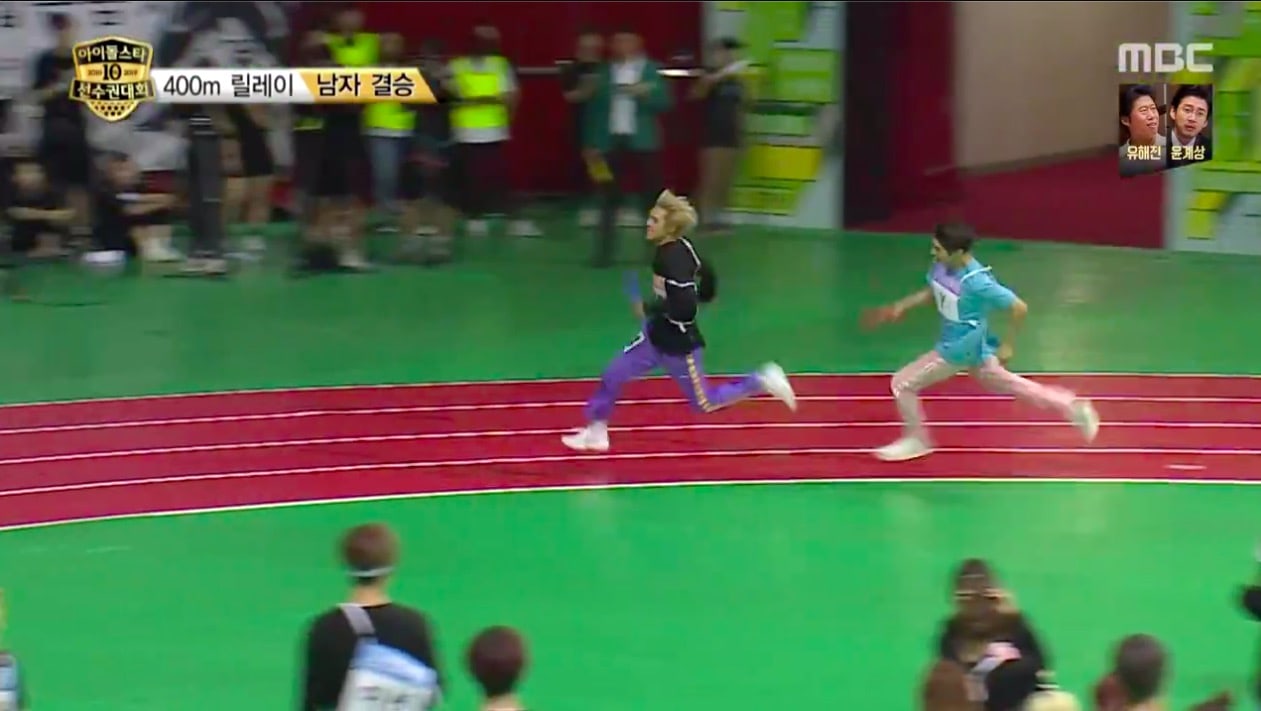 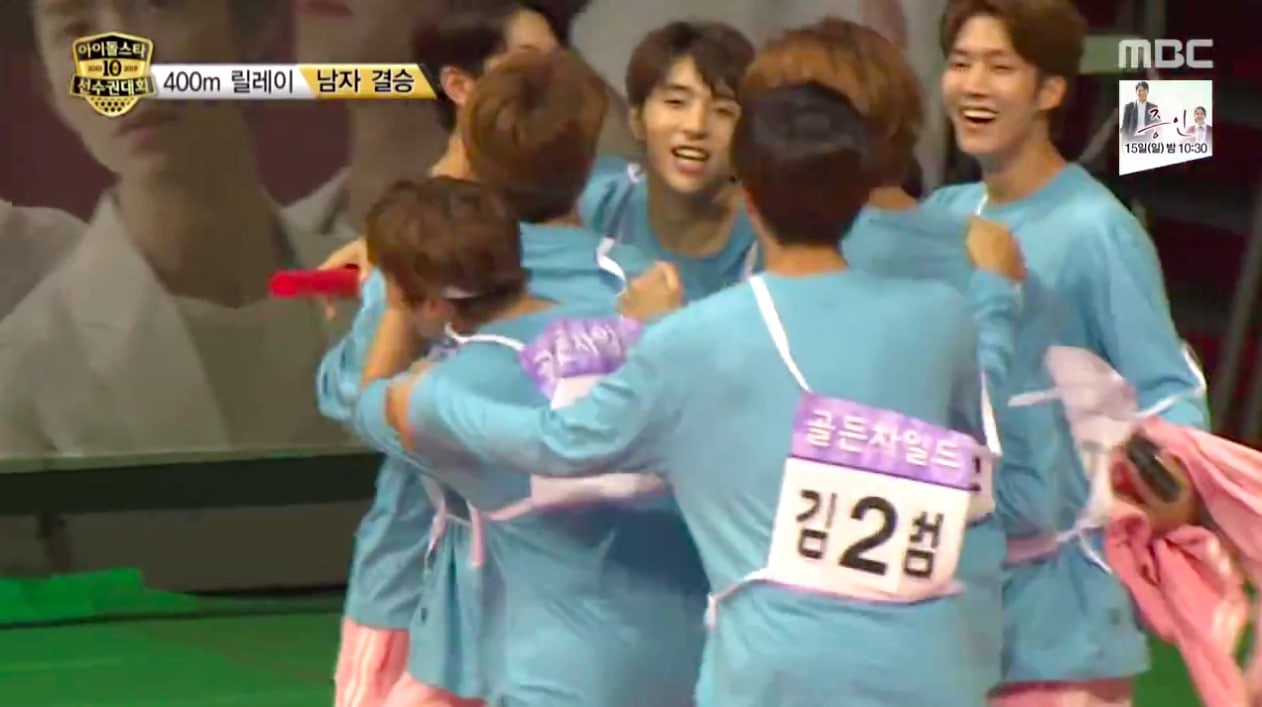 PENTAGON and SF9 went head to head in a match that ended in a tie and went into an intense overtime, with PENTAGON eventually winning 5:4 over SF9. 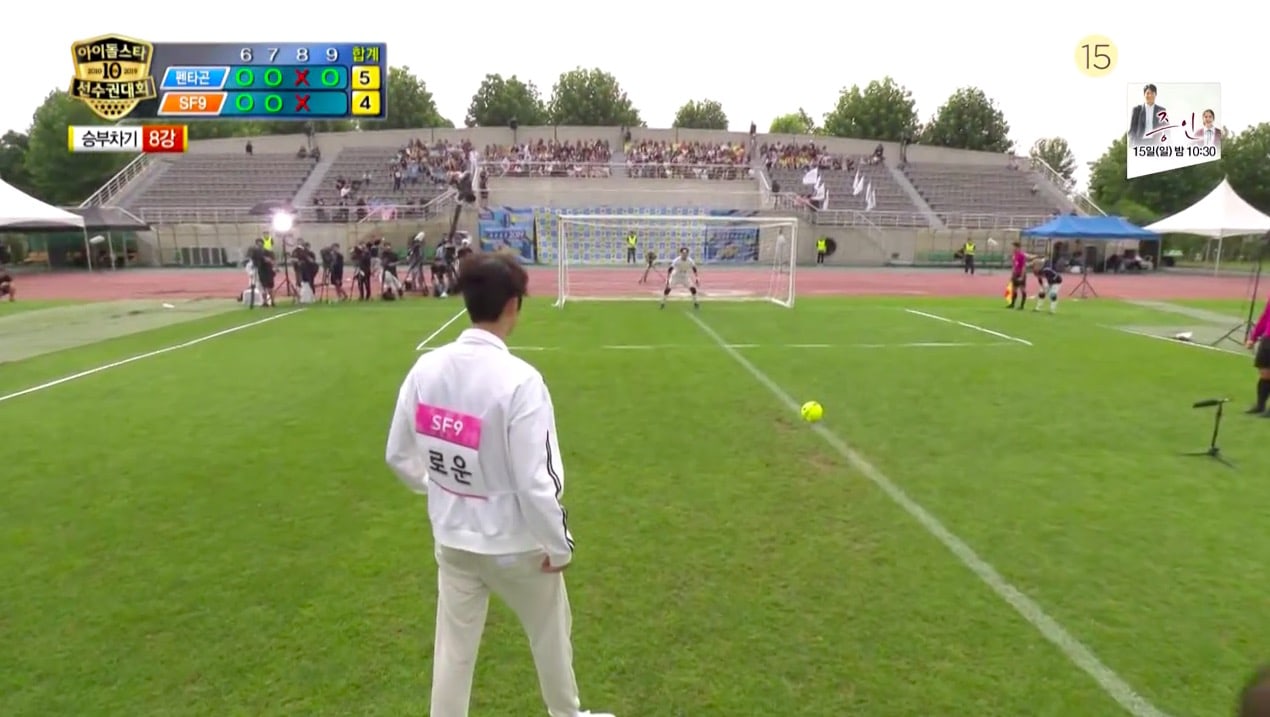 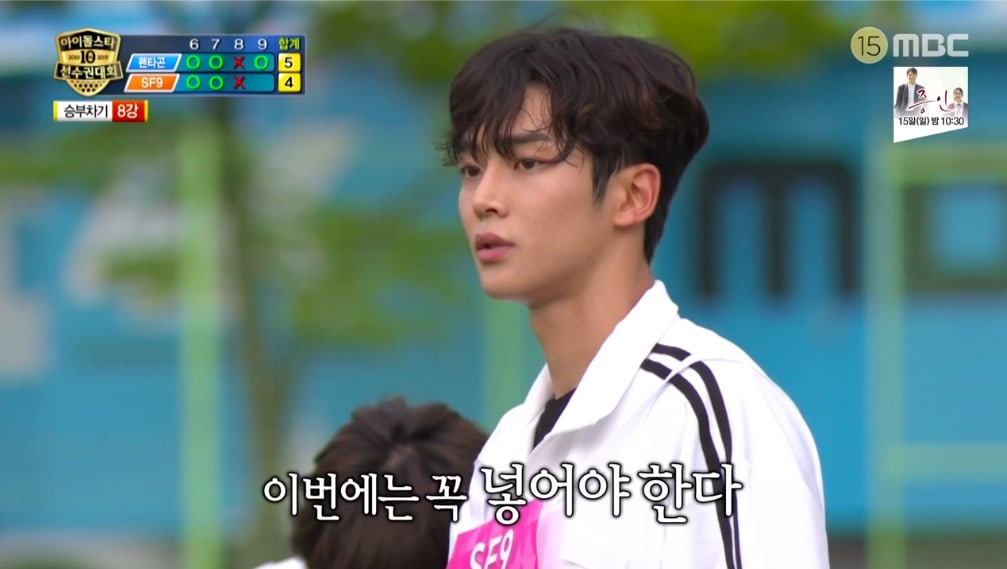 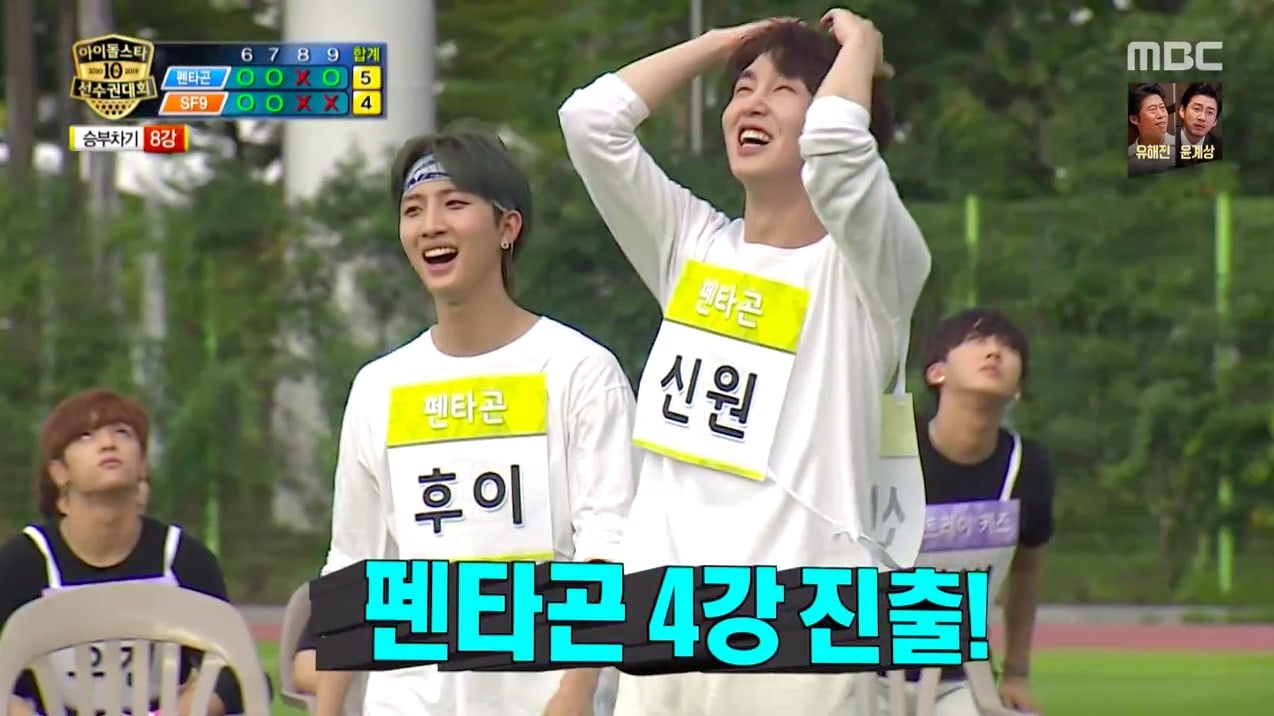 NCT 127 also headed to the semifinal after beating Stray Kids 4:2. 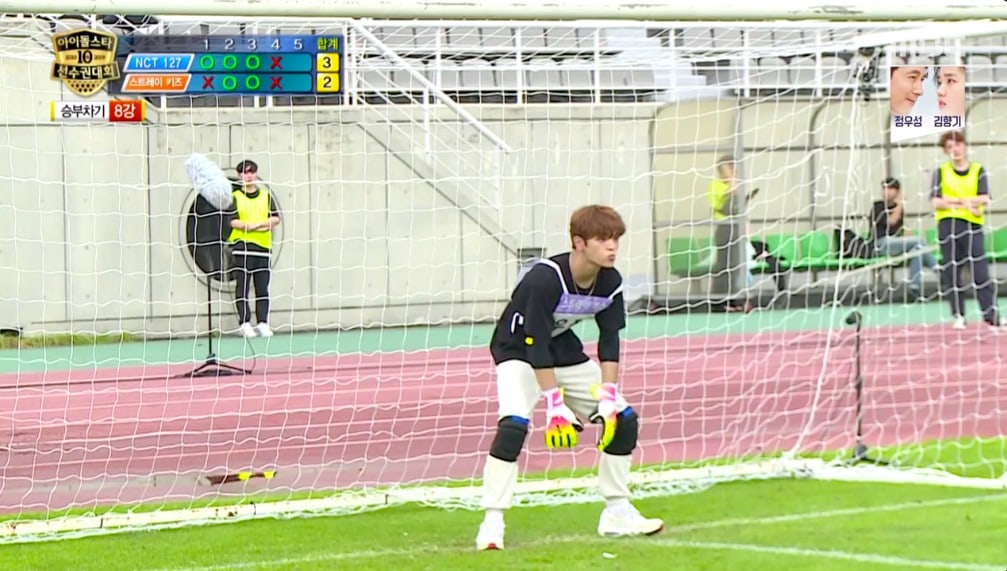 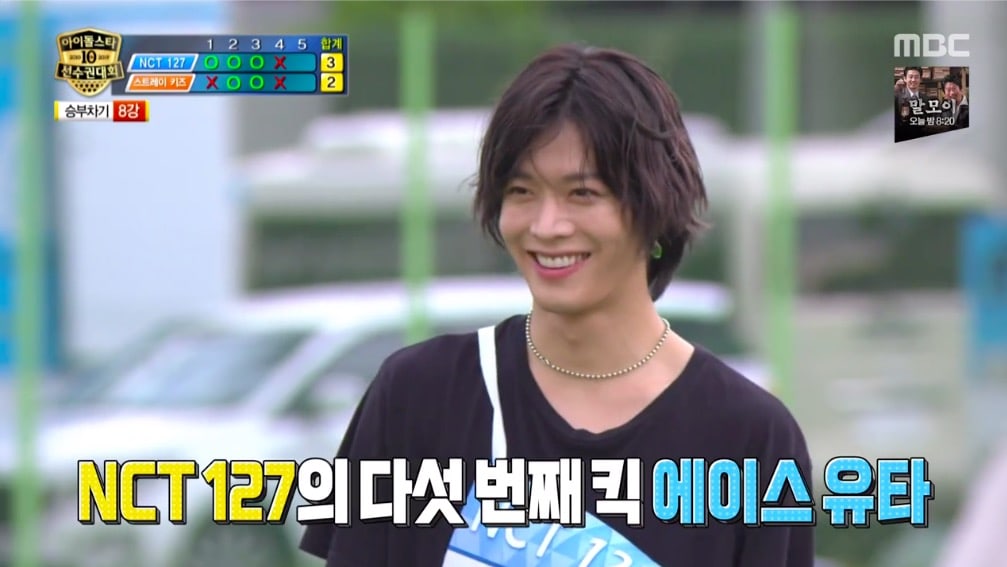 A glimpse of their event was shown in the second special with introductions and a preliminary match. In the round shown between Zuho and Ju Haknyeon, it was Ju Haknyeon that advanced to the next round. 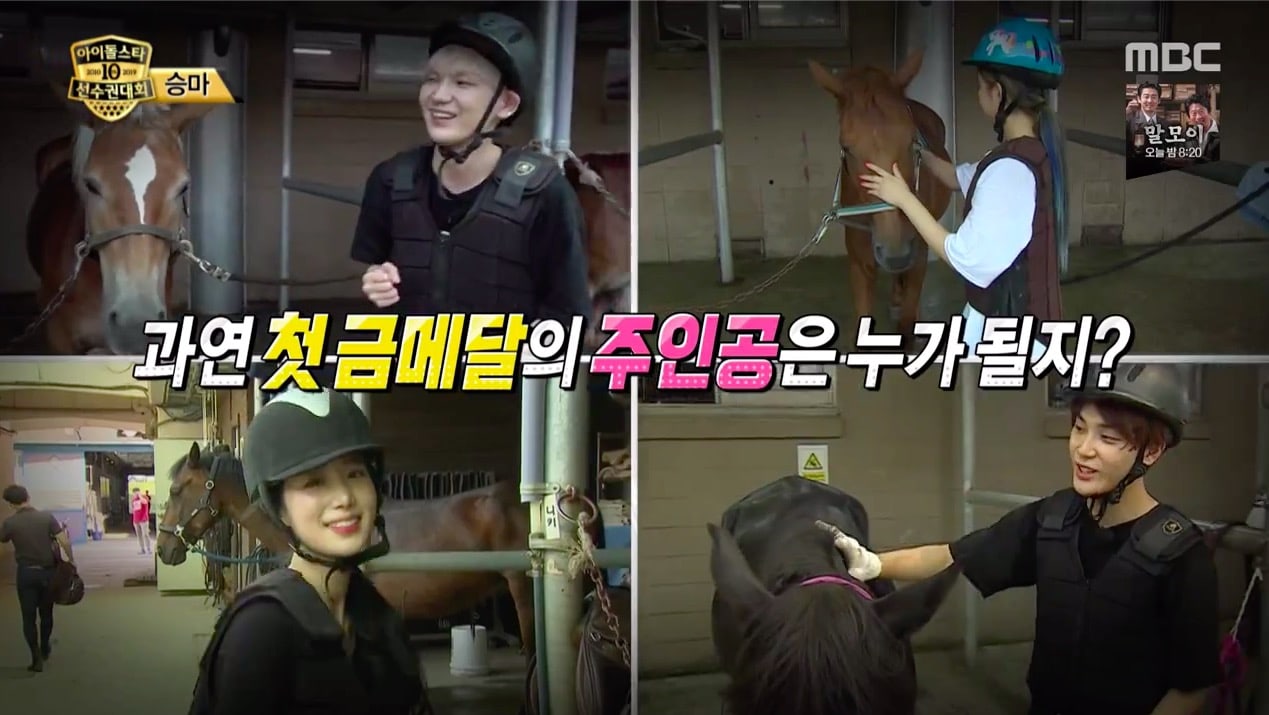 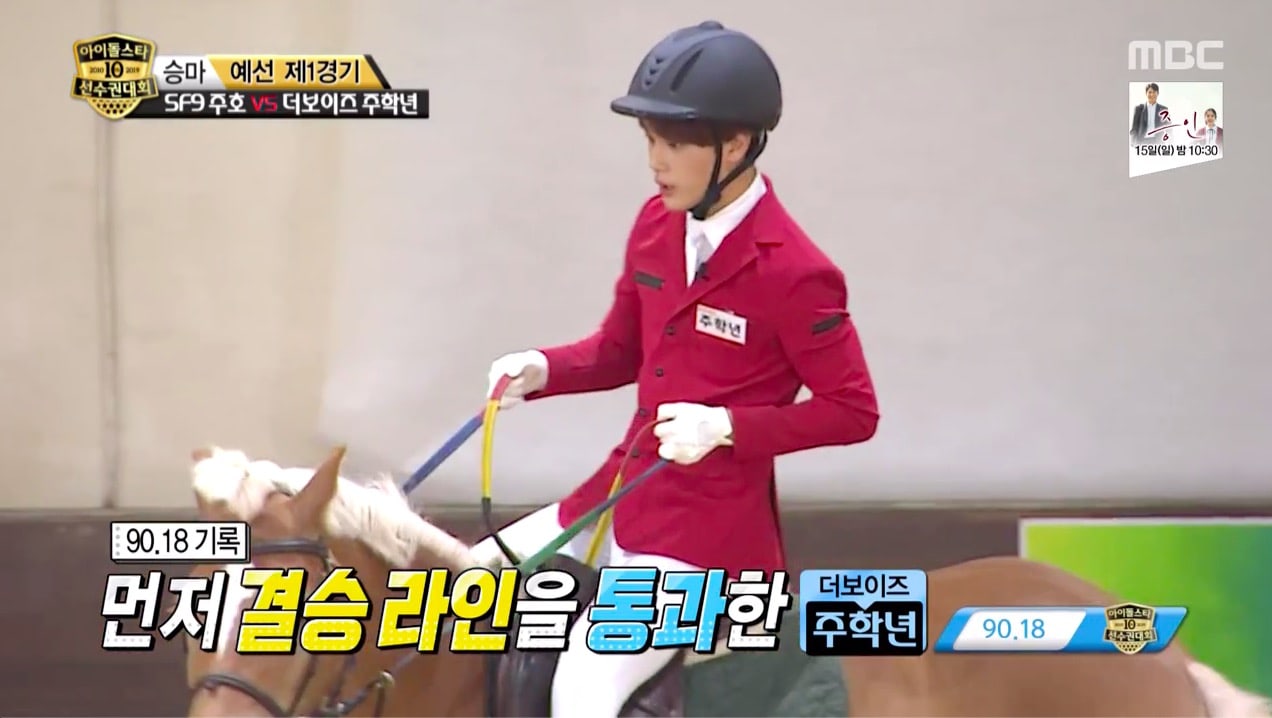 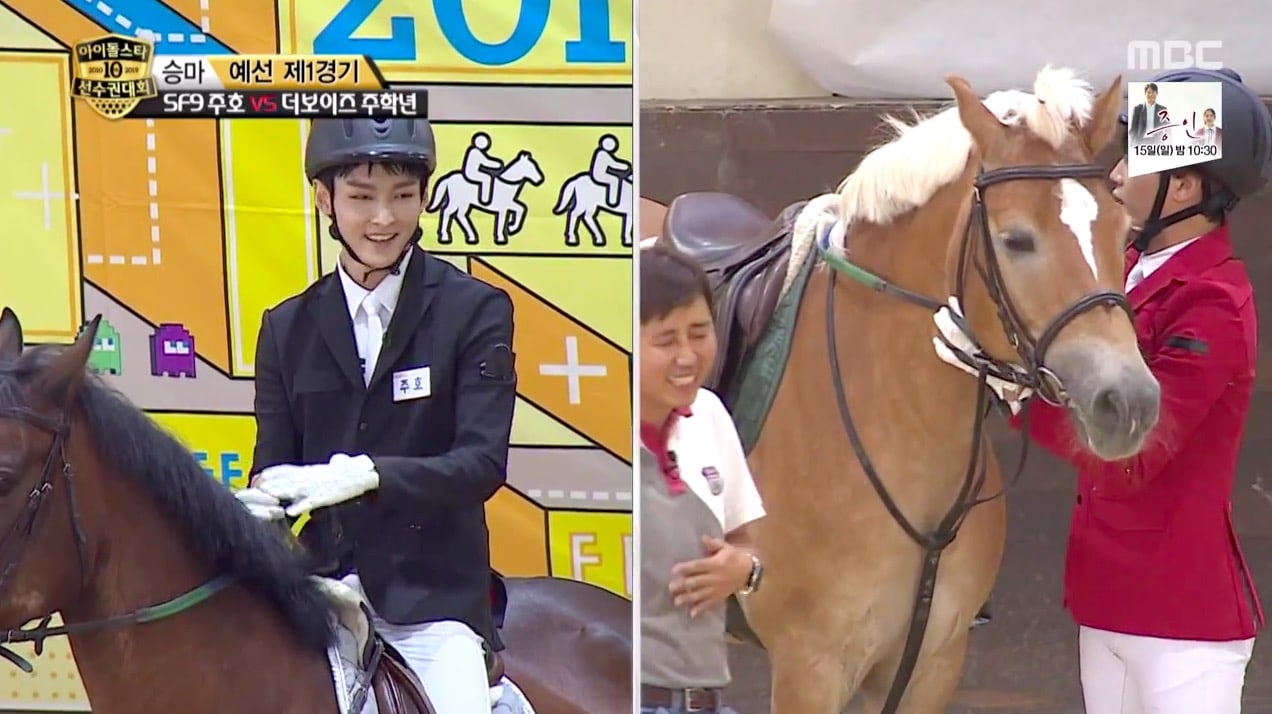 “Idol Star Athletics Championships” will continue with a third special airing on September 14 at 12:25 p.m. KST, which will feature the archery final for female athletes, the semifinal and final for penalty shootout, and further events from horseback riding.