Son Dam Bi dished on why she was drawn to her upcoming drama “When the Camellia Blooms”!

“When the Camellia Blooms” is a new KBS 2TV romantic comedy that will star Kang Ha Neul as Yong Shik, a man who believes that love can make anything possible, and Gong Hyo Jin as Dong Baek, a woman who has never truly been loved before but soon begins to feel the same way. Son Dam Bi will be appearing in the drama as Hwang Mi, a part-time employee at Dong Baek’s pub Camellia.

When asked why she had decided to join the upcoming drama, Son Dam Bi revealed, “What I found appealing about [‘When the Camellia Blooms’] was that unlike other dramas, it has romance, thriller, and humanist drama elements all at the same time.” She added, “I found it really fun and entertaining how unexpected situations came to pass [within the story].”

Son Dam Bi went on to describe her character Hwang Mi by saying, “She may seem vacuous on the outside, but she’s a character who knows everything because of her excellent powers of observation.” The actress explained that although Hwang Mi appears to be living life thoughtlessly, she’s actually a sharp, perceptive person who knows everyone’s secrets.

“She’s cute when she seems vacuous, but at other times, she can also seem a bit dislikable. She’s a character that has a wide variety of charms,” said Son Dam Bi, explaining that she had been drawn to Hwang Mi’s vivaciousness. “Because it was a type of role that I had never encountered before, I really wanted to take on this new challenge.” 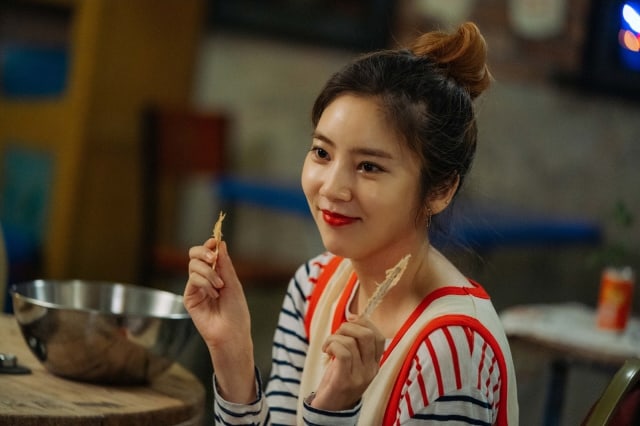 Son Dam Bi also shared what had been difficult about portraying the character. “Rather than silently keeping her thoughts to herself, Hyang Mi is the type to express herself openly,” she observed. “She says what she’s thinking without hiding her emotions. She has a lot of lines, and they’re very fast-paced, but what was difficult was trying to create a facial expression that would give the impression of not having any thoughts in my head. That’s both Hyang Mi’s charm and her key personality trait, so I’m working hard to try to express it well.”

The actress added, “Hyang Mi actually has a reason for the unlikable things she does, and in a way, she’s like a child that wants to be loved. I hope that you’ll keep an eye on the character and how she ends up maturing into an adult.”

“When the Camellia Blooms” will premiere on September 18 at 10 p.m. KST.

Gong Hyo Jin
Son Dam Bi
Kang Ha Neul
When the Camellia Blooms
How does this article make you feel?