tvN’s “The Great Show” has shared some adorable behind-the-scenes photos of its starring cast!

“The Great Show” is a new drama that tells the story of Wi Dae Han (played by Song Seung Heon), a former National Assembly member who hopes to get back into office after a spectacular fall from grace. In order to appear more relatable to voters and revive his political career, Wi Dae Han decides to take in four troublemaking siblings (played by Noh Jung Ui, Jung Joon Won, Kim Jun, and Park Ye Na).

On September 14, the drama released behind-the-scenes photos of Song Seung Heon, Lee Sun Bin, Im Joo Hwan, VIXX’s Hyuk, Noh Jung Ui, and more happily posing together on set between takes. As the end of filming approaches, the cast has reportedly been eager to capture every last moment by snapping photos together at every opportunity.

The producers of “The Great Show” remarked, “We recently wrapped up the entire script, up until the final episode. Since the drama has been pre-produced from the beginning, we plan to wrap up all of our filming next week. We are working hard to prepare each episode in order to continue to deliver suspense, excitement, and an intriguing plot up until the very end.”

They went on to add, “The cast members—including Song Seung Heon, Lee Sun Bin, Noh Jung Ui, Im Joo Hwan, and more—have also been working tirelessly on set to pour explosive passion [into their acting] and create impactful scenes. Please look forward to future episodes of the family-cosplay drama ‘The Great Show,’ which has perfectly captured the warm, happy energy of our ‘The Great Show’ cast.” 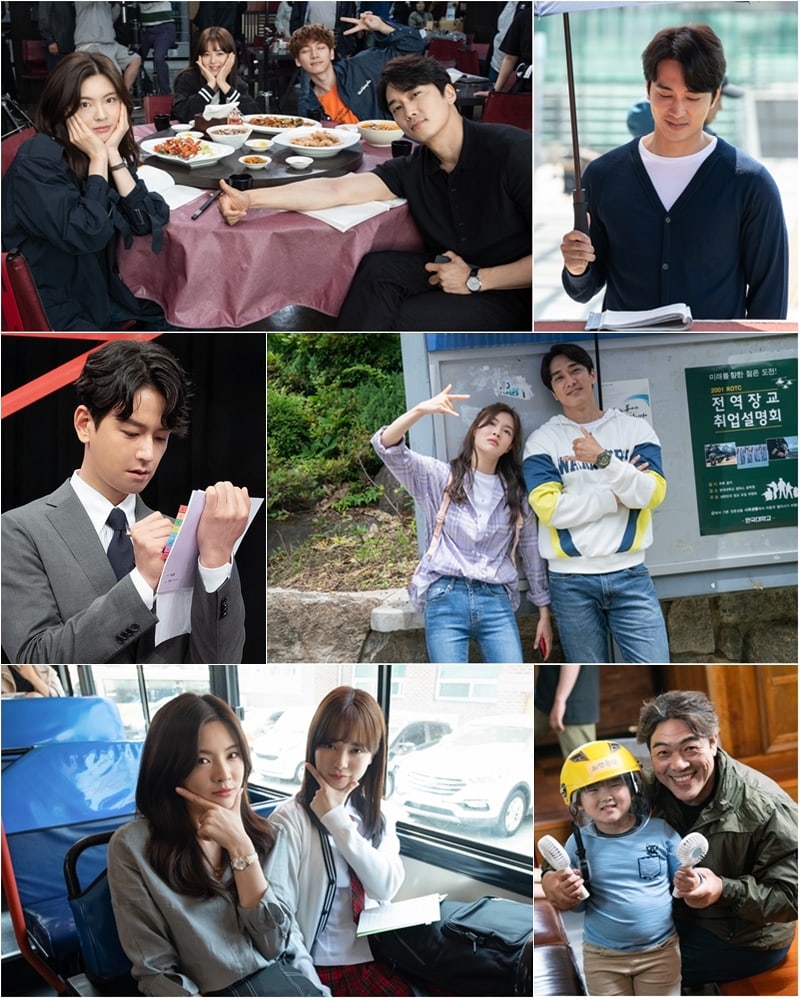