tvN’s Monday-Tuesday drama “The Great Show” has shared new stills of Song Seung Heon and Lee Sun Bin sharing a sweet date in the past!

“The Great Show” tells the story of Wi Dae Han (played by Song Seung Heon), a former politician who tries to get back into the General Assembly and attempts to win over votes by taking in a troublesome quartet of siblings.

The new stills show Wi Dae Han and Jung Soo Hyun (played by Lee Sun Bin) on a date to the movies in the past when they were in their twenties. There is excitement between them as they’re in the theater together. While Jung Soo Hyun is engrossed in the film that’s playing on the screen, Wi Dae Han can’t take his eyes off of her. It looks like their hands are about to touch as Wi Dae Han holds the bucket of popcorn and Jung Soo Hyun reaches for a bite without looking.

With such a sweet moment shared between the two, it is curious why they ended up parting ways. In a previous episode, Jung Soo Hyun’s sister Jung Ji Hyun (played by Kang Eun Ah) had said, “I feel like you’re pushing Wi Dae Han away because of me,” making viewers eager to know just what happened between the two. 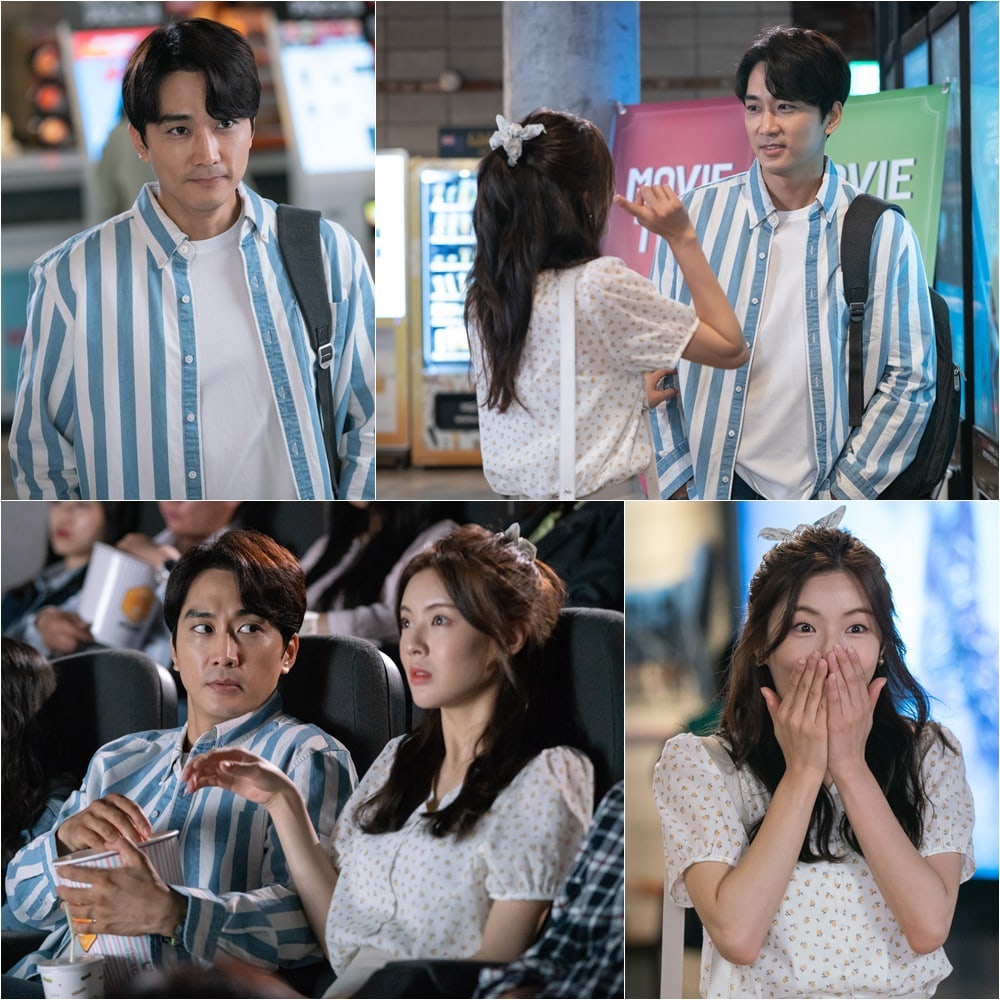 The production staff of “The Great Show” stated, “We will finally be showing what happened between Song Seung Heon and Lee Sun Bin’s characters in the past, something viewers have been curious about,” and “Please watch the next episode to find out why Lee Sun Bin had no choice but to leave Song Seung Heon.”

The two characters’ past will be revealed in the upcoming episode of “The Great Show,” which will air on September 16 at 9:30 p.m. KST.