HaHa Opens Up About Byul’s Struggles After First Pregnancy

On September 15, JTBC aired a pilot broadcast of the variety show “GOSTOP.” The episode shared the story of a working mother who is agonizing between child-rearing and her career.

While listening to the story, HaHa started to tear up. He revealed that actually happened in his family and said, “My wife gave birth to our first child and devoted herself to raising him, but she slightly got [postpartum depression]. I wished she would be able to work. While I was worrying about that, she got pregnant with our second child.”

He added, “I came up with a plan for our life then. I said to her, ‘After just this one year of struggles, you should do whatever you want to do. I will figure something out like decreasing my work.’ That’s when she became pregnant with our third child.”

He continued to explain that he is extremely happy about their third child, but he feels apologetic that she once again had to set aside plans to return to work. 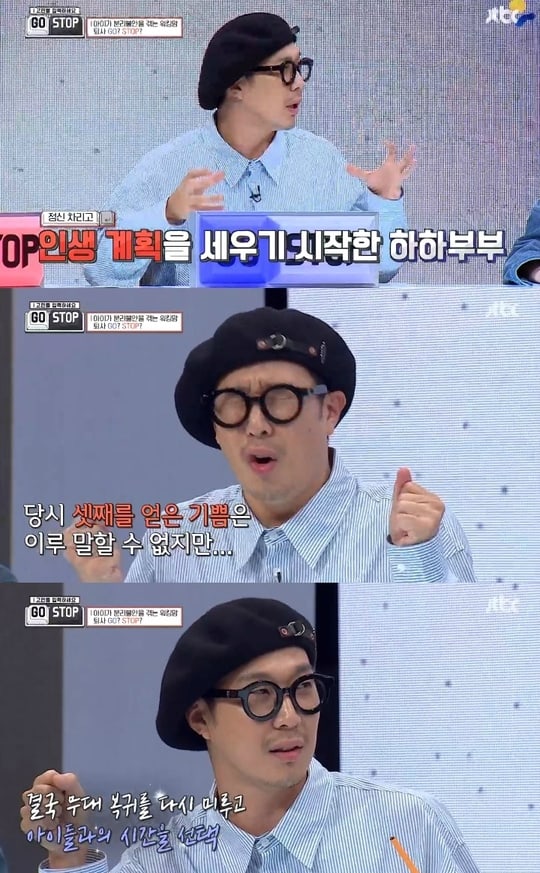 After getting married in 2012, Byul and HaHa had their first son Dream in 2013 and their second son So Wool in 2017. Then in July of this year, they welcomed their first daughter.

Byul
HaHa
XPN
GOSTOP
How does this article make you feel?