Gaon Chart has revealed its chart rankings for the week of September 8 to 14!

X1 topped the physical album chart for the third consecutive week with their debut mini album “Quantum Leap,” followed by FTISLAND’s new mini album “ZAPPING” at No. 2. BTS’s soundtrack for their mobile game BTS WORLD rose to No. 3 on this week’s chart, while TWICE’s 2016 mini album “TWICEcoaster: Lane 1” made an impressive comeback at No. 4. Finally, The Boyz’s latest mini album “DreamLike” stayed strong at No. 5. 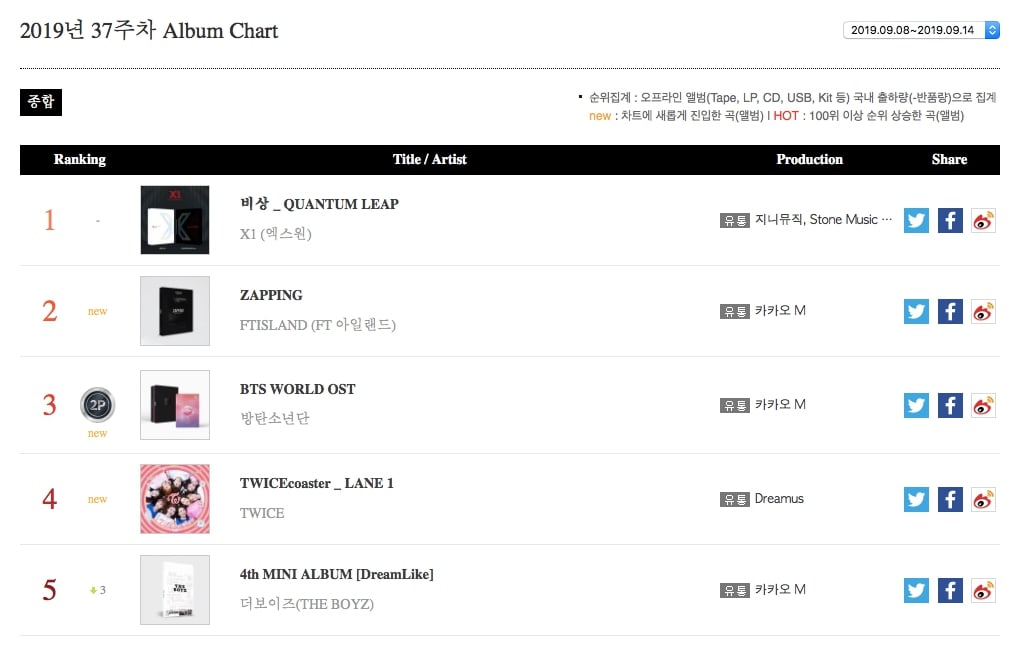 Paul Kim’s “So Long” (from the OST of tvN’s “Hotel Del Luna”) continued to top the overall digital chart this week, while BOL4’s new track “Workaholic” debuted at No. 2. MAMAMOO’s Wheein’s solo song “Good bye” came in at No. 3 on the chart, trailed by Kassy’s “Story of a Night Fall” at No. 4 and Gummy’s “Remember Me” (also from the “Hotel Del Luna” OST) at No. 5. 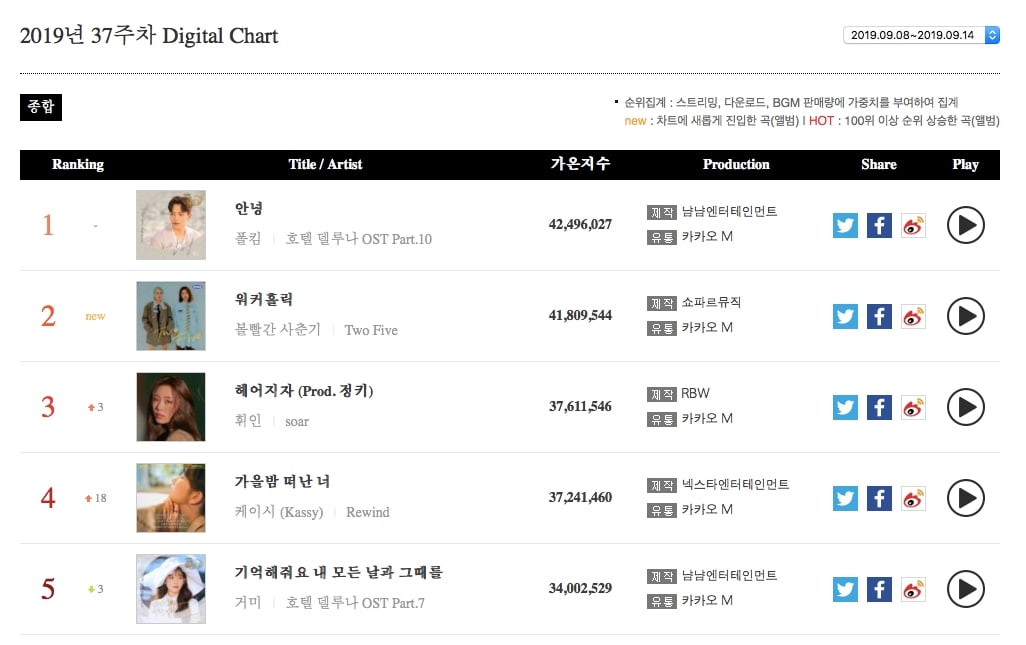 BOL4’s “Workaholic” debuted at the top of this week’s digital download chart, followed by Kassy’s “Story of a Night Fall” at No. 2 and Wheein’s “Good bye” at No. 3. BOL4 also took No. 4 on the chart with their new song “XX,” while Paul Kim’s “So Long” rounded out the top five for the week. 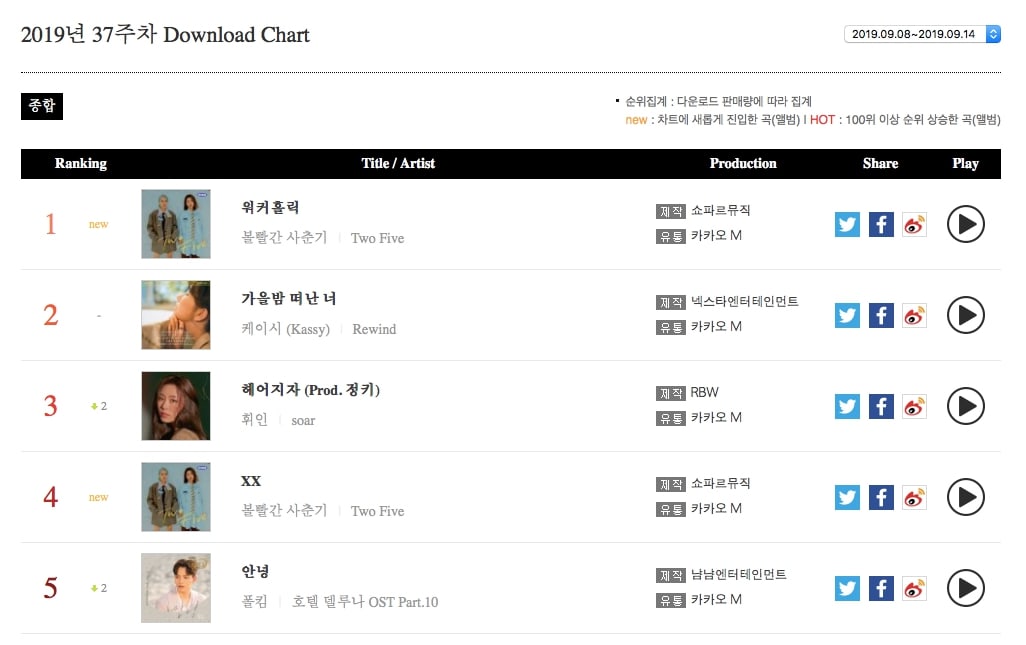 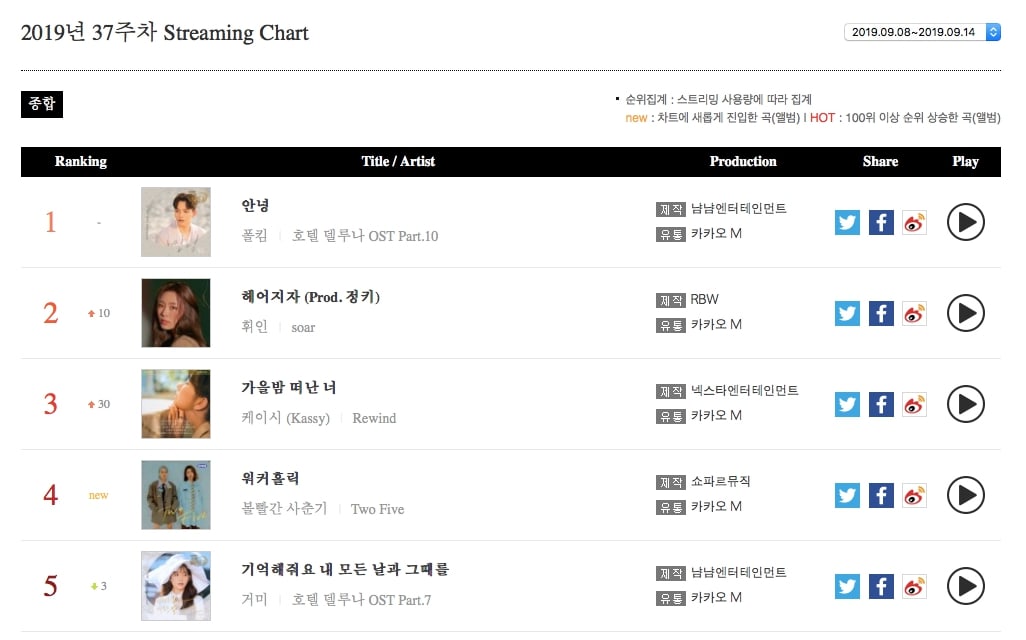 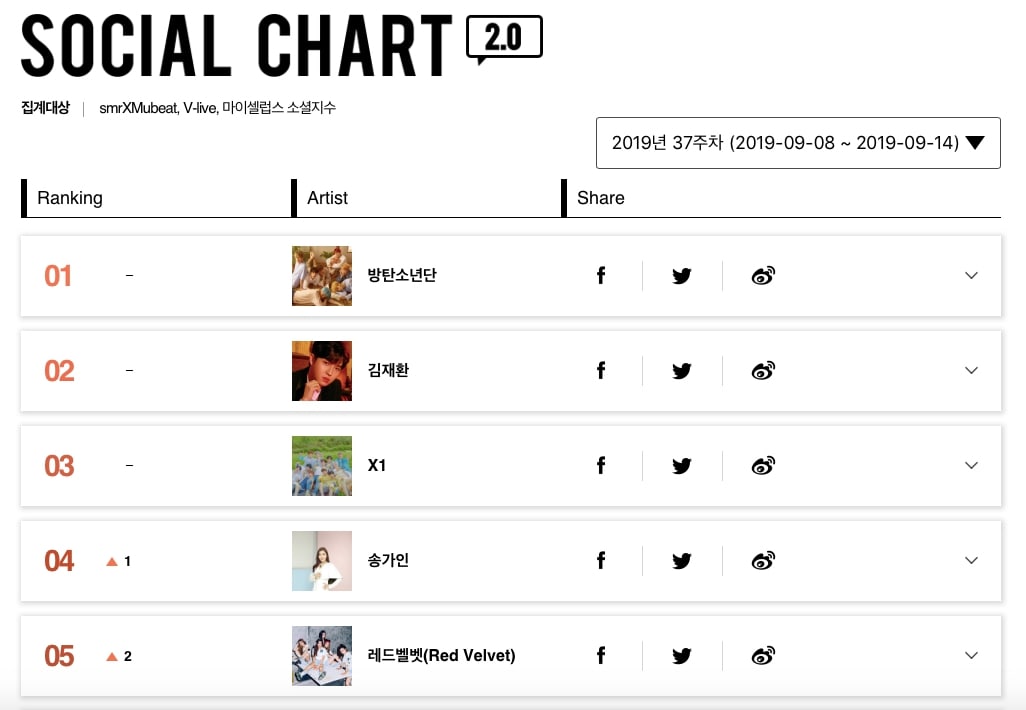 If you haven’t already seen it—or even if you have!— you can watch “Hotel Del Luna” with English subtitles below: