On September 19, tvN released an official poster featuring Moon Geun Young, Kim Seon Ho, Jung Yoo Jin, Ki Do Hoon, Jo Jae Yoon, and Ahn Seung Gyun. In the photo, the six characters go undercover as normal citizens for a mission on the subway. With Moon Geun Young at the forefront of the poster, all six actors add to the tense atmosphere with their striking gazes. 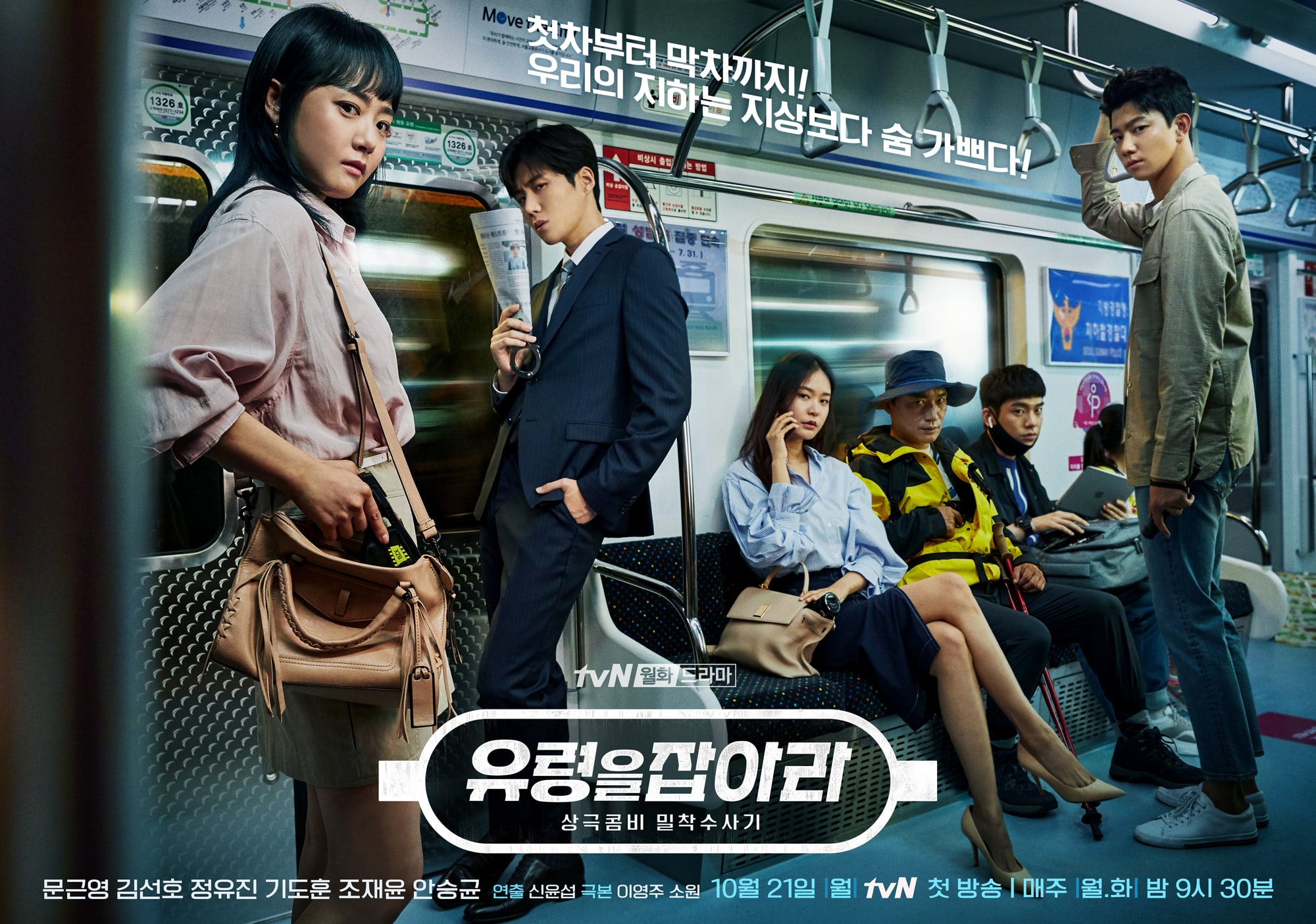 Yoo Ryung (Moon Geun Young), a passionate rookie recruit in the subway police, secretly takes out a taser from her bag while Go Ji Seok (Kim Seon Ho), Yoo Ryung’s rule-abiding superior officer, disguises himself as an office worker as he lets a handcuff dangle down from behind the newspaper covering his face.

Lee Man Jin (Jo Jae Yoon), a man who has been working as a subway police officer for 17 years, poses as a hiker and lets a taser gun peek out from his hiking jacket. Kang Soo Ho (Ahn Seung Gyun), a rookie detective, hides a walkie-talkie and handcuffs inside his backpack.

Ha Ma Ri (Jung Yoo Jin), the squad leader of the investigative unit, secretly films the scene of a crime with a camera hidden in her purse, and Kim Woo Hyuk (Ki Do Hoon), a detective who works with Ha Ma Ri, holds a police baton stick in his hand.