Season two of TV Chosun’s “Taste of Dating” has come to an end.

On the September 19 episode, Oh Chang Suk appeared as a guest on a radio show while Lee Chae Eun listened at a café.

DJ Yoon Jung Soo asked, “Was there a moment when you realized she was the one?” and Oh Chang Suk replied, “I wanted to follow my heart, and we talked a lot. I developed faith in her.” Lee Chae Eun smiled as she listened, and the DJ said he was curious about what they’re like in real life outside of the TV show. Oh Chang Suk explained, “Filming [for my drama] ends at 12 o’clock, and then I go to see her in Yongin.”

When asked about marriage, the actor answered optimistically, “Isn’t marriage or breakup the end of dating? You can’t date forever. We’ll continue to see each other and will continue being together if our thoughts align.”

A listener wrote in that Oh Chang Suk is good at singing, and the actor sang Kim Bum Soo’s “I Miss You.” Afterwards, he explained that it was the first song he sang at karaoke during his first date with Lee Chae Eun, and she cried as she listened.

The DJ then requested a video message, and Oh Chang Suk shyly said, “Chae Eun. We talked a lot before announcing that we’re publicly dating on TV. Our hearts were more important than what other people thought, and we decided to be true to our current feelings. Thank you for making a brave decision. I’ll work harder. Let’s have fun dating. Bye.” 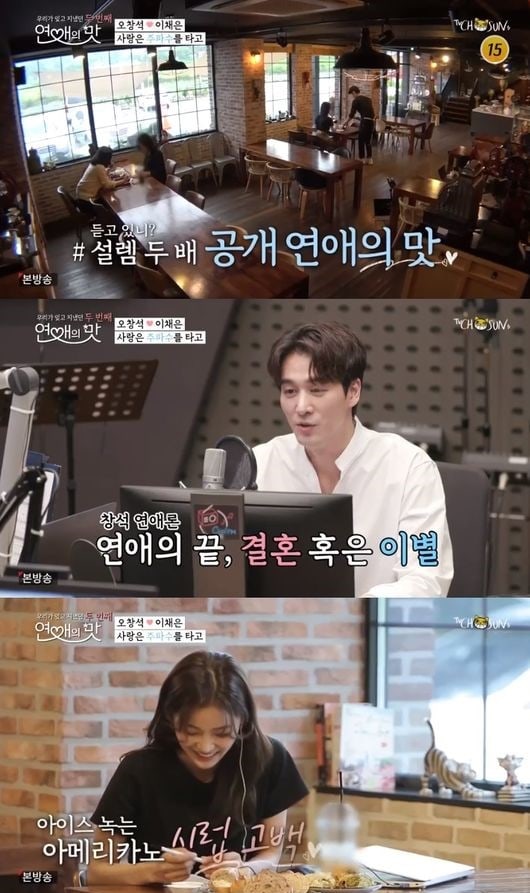 Lee Chae Eun became teary again, and Oh Chang Suk came to see her at the café after his radio appearance. Kissing her hand, he asked if she listened to the radio well. She replied, “I was so surprised as soon as your voice came on. It was my first time hearing you talk about me. It felt really weird, affectionate, and moving. That’s how I felt when I heard your voice.”

He added, “It’s the last day of this season. While coming here, I thought about how it’s more important after this program ends. I’m curious about our future. I have fun when I’m with you. That’s what’s important.” Sharing the same sentiments, Lee Chae Eun said, “I feel the same way. It’s so cool how we’re such a good match. Your first impression was memorable, but your sincere appearance when the cameras were off moved me more. I want to hurry up and go on a trip.” He asked her to wait six more weeks which is when filming for his current drama ends.

Shaking hands while laughing, they told each other they worked hard until now, and their segment ended with the announcement that they’ll be going on a trip overseas after Oh Chang Suk’s drama wraps up. 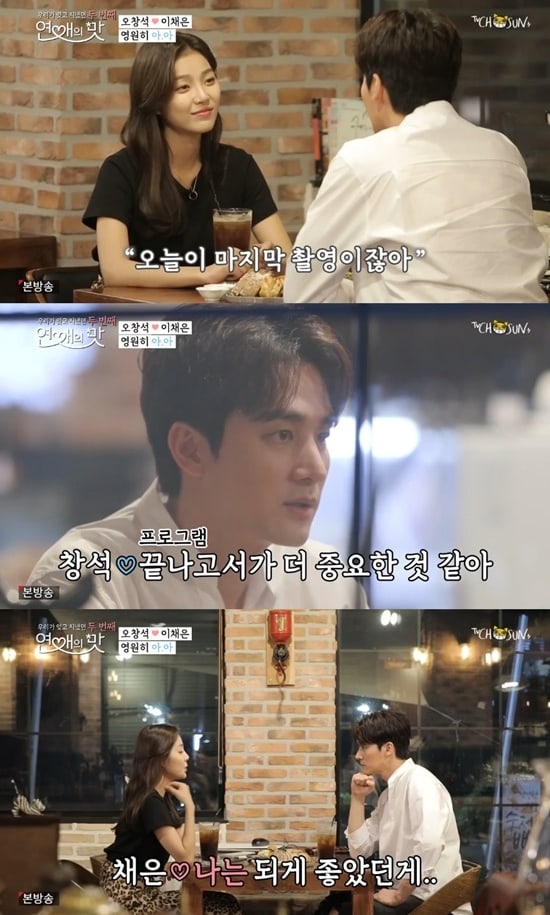 Kim Bo Mi and Go Joo Won also shared a final heart-to-heart onscreen. “You know today is our last day of filming, right?” said Kim Bo Mi to Go Joo Woon. It’s different from what I expected, so I feel sad.” She began to cry, then continued, “I thought that you would talk to me or express yourself after filming ended, but did you?” He answered, “I did contact you.”

Go Joo Won continued, “You haven’t told me about your feelings,” and Kim Bo Mi said, “Why didn’t you ask? Aren’t you curious if you don’t know about my feelings? Why don’t you ask?” He stated, “I know today’s the last day of filming. I didn’t feel sad because I thought that I could contact you more comfortably and show you my real self. That’s why I prepared a gift for you.” 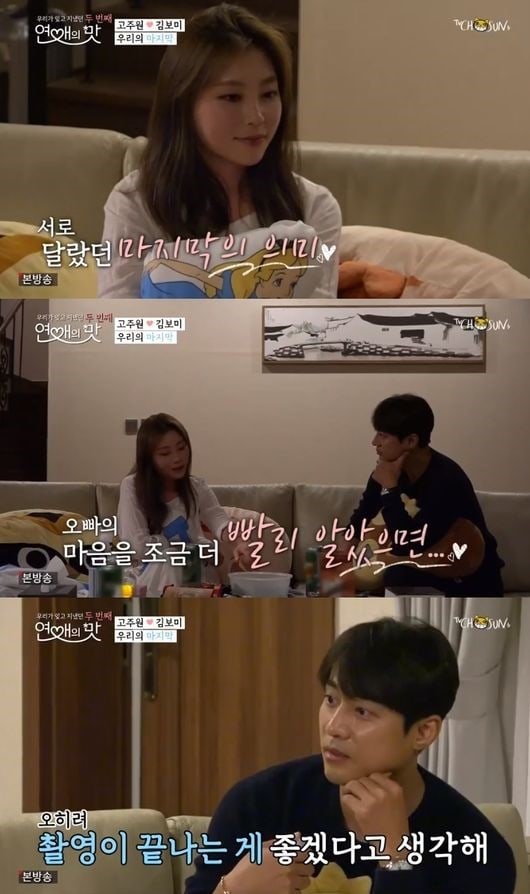 He continued, “I feel sad watching the clip and thought that it shouldn’t be like this. I thought that there would be a lot of time for us to get to know each other outside of the show. I’m not good at expressing myself. I’m really sorry about that. So instead of feeling sad, I thought that it would be better that filming was ending since I’ll be able to see you more comfortably.”

Kim Bo Mi replied, “I wish I knew about these feelings earlier,” and he told her, “I’m sorry I couldn’t express everything. You suffered a lot. We have the future ahead of us. The future is what’s important. It’s not the end yet.” With a smile, she stated, “It’s good right now. It’s just right. I’m not sad.” The couple then revealed their self-recorded video where they looked laid back without the presence of a filming crew. 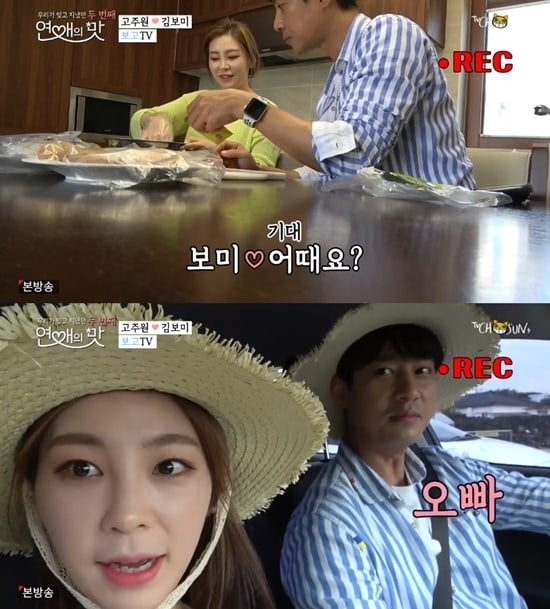 “Taste of Dating” will return for season three with a brand new cast on October 10.