Based on the popular novel of the same name, “Kim Ji Young, Born 1982” will tell the story of an ordinary woman in her 30s named Kim Ji Young (played by Jung Yu Mi), who one day suddenly turns into other people like her mother and sister.

Gong Yoo will play Jung Dae Hyun, Kim Ji Young’s husband who begins to better understand her life and concerns as he sees the changes that occur within Kim Ji Young. This will be Gong Yoo and Jung Yu Mi’s third time working together after “Silenced” and “Train to Busan.”

The poster released on September 21 features Jung Yu Mi who has transformed into Kim Ji Young. The tagline on the top of the poster reads, “The story of you and me.” 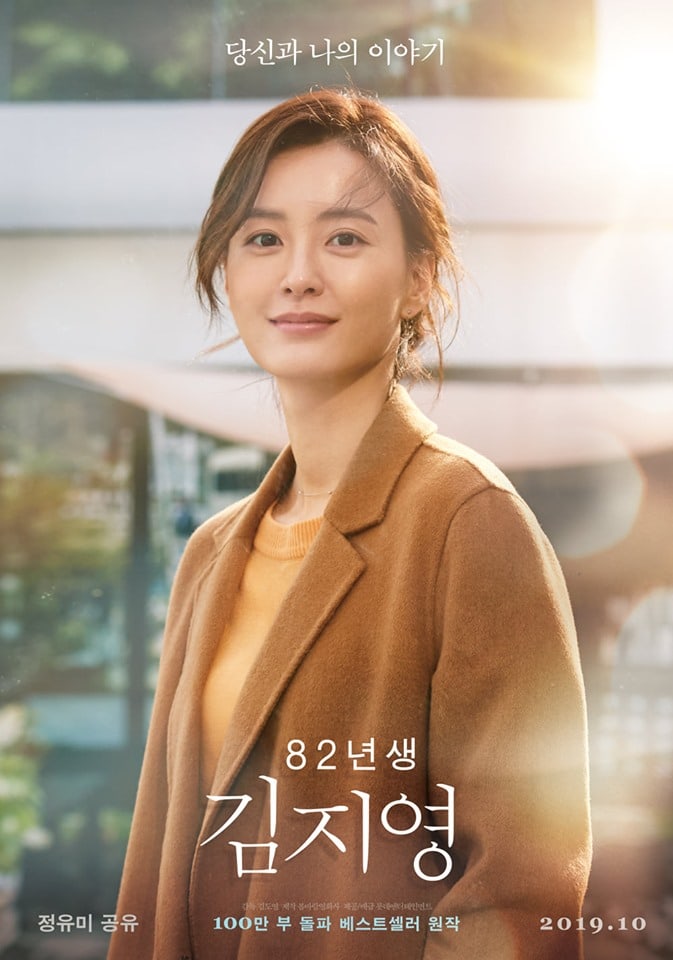