Jo Byeong Gyu Shares When He Wants To Get Married

Jo Byeong Gyu revealed when he wants to get married on the latest episode of MBN’s “Naturally” (literal title)!

On the show’s September 21 broadcast, Jo Byeong Gyu, actress Jeon In Hwa, Kim Jong Min, and guest Yoo Dong Geun sat together and had a pleasant talk together. 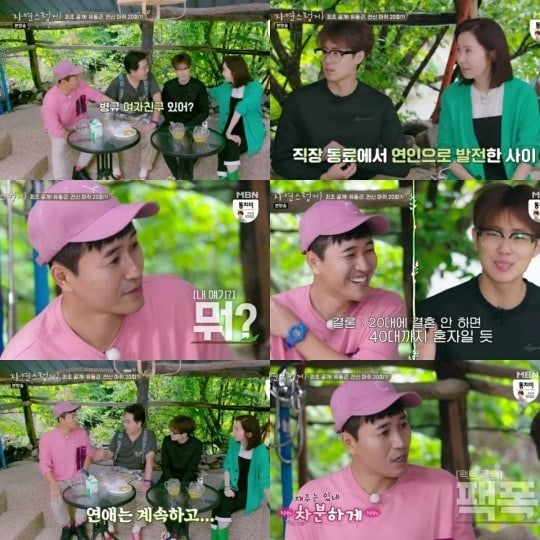 Actor Yoo Dong Geun, who is Jeon In Hwa’s husband, reminisced about the past and shared their dramatic love story from 30 years ago. In line with the topic of dating, they began talking about Jo Byeong Gyu’s girlfriend Kim Bo Ra. Jeon In Hwa explained, “They starred in the same drama. His girlfriend is also an actor.”

Jo Byeong Gyu was flooded with questions about his thoughts on getting married, and he responded, “If I don’t get married within my 20s, I don’t think I’ll be able to get married until my 40s like [Kim] Jong Min hyung,” making Kim Jong Min resentfully shoot daggers at him.

“Naturally” airs every Saturday at 9 p.m. KST via MBN.

Meanwhile, Jo Byeong Gyu and Kim Bo Ra met on the set of JTBC’s “SKY Castle.” They admitted to dating reports in February.