tvN’s “The Great Show” revealed a making-of video for its seventh and eighth episodes!

In the clip, Song Seung Heon cracks jokes with co-stars and extras in between takes. 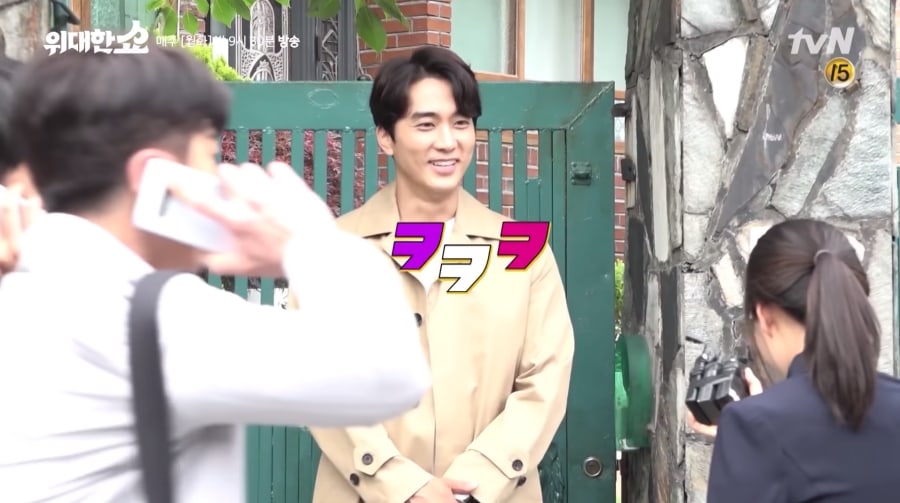 Lee Sun Bin makes hearts flutter with her beauty as she arrives at the movie theater for her date with Song Seung Heon. They listen to the instructions from the director and rehearse the scene where their hands touch while eating popcorn. 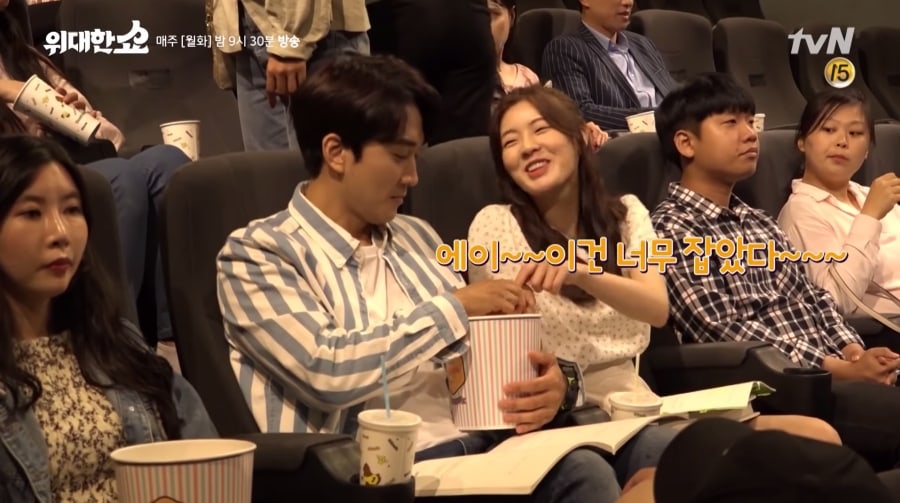 The two actors then run into a realistic-looking fight taking place at her parents’ chicken restaurant. The actor is full of ideas as he suggests various gestures for the scuffle, and everyone has a blast shooting the scene. When the director shouts cut, Lee Sun Bin drops to the floor laughing because of the witty improvisations of her co-stars. 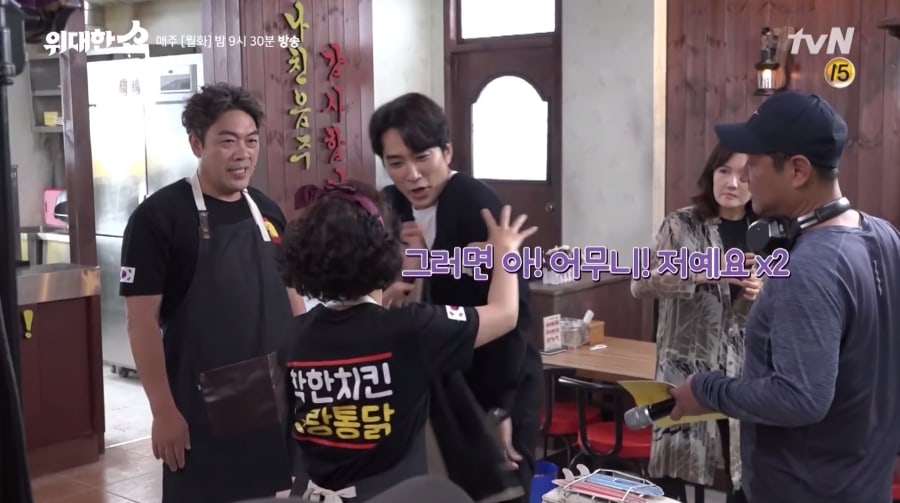 Because of Song Seung Heonk, Lee Won Jong ends up letting out a chuckle after saying his line. Speaking about Song Seung Heon’s realistic expression, Lee Jong Won explains, “I’m sorry. He really looked down on me and I could totally feel it.”

Kang Sung Jin suddenly appears at an already solemn dinner and introduces himself as the father of the children. The child actors add to the joyful atmosphere on set with their adorable giggles, but they also show off their professionalism by quickly getting into character for the shoot.

“The Great Show” airs on Mondays and Tuesdays at 9:30 p.m. KST. Check out the making-of video below: