On September 24, Good Data Corporation released the rankings of non-drama TV shows and cast members that generated the most buzz from September 16 through 22.

The rankings are based on online articles, blog posts, community forums, social media posts, and views on video clips for 179 non-drama TV programs that are currently on air or scheduled to air soon.

Mnet’s girl group competition program “Queendom” rose one spot to reclaim the top position, generating 12.26 percent of the total non-drama buzz for the week. “Queendom” competitors Oh My Girl, Lovelyz, and (G)I-DLE placed No. 1, No. 3, and No. 6, respectively, on the ranking of non-drama cast members.

“Camping Club” rose five spots with Fin.K.L’s first performance in 14 years, and “My Little Television 2” rose 64 spots to No. 3 along with news of IZ*ONE member An Yu Jin’s return to the program.

In the ranking of the non-drama cast members that generated the most buzz, Lee Hyori and Lee Sang Soon entered the list with their appearance on “Same Bed Different Dreams 2 – You Are My Destiny,” while Kwon Nara took No. 4 following her appearance on “I Live Alone.” Lee Sang Hwa placed No. 7 after “Ask Us Anything,” and X1’s Kim Yo Han ranked No. 8 following his appearance on “Let’s Eat Dinner Together.” 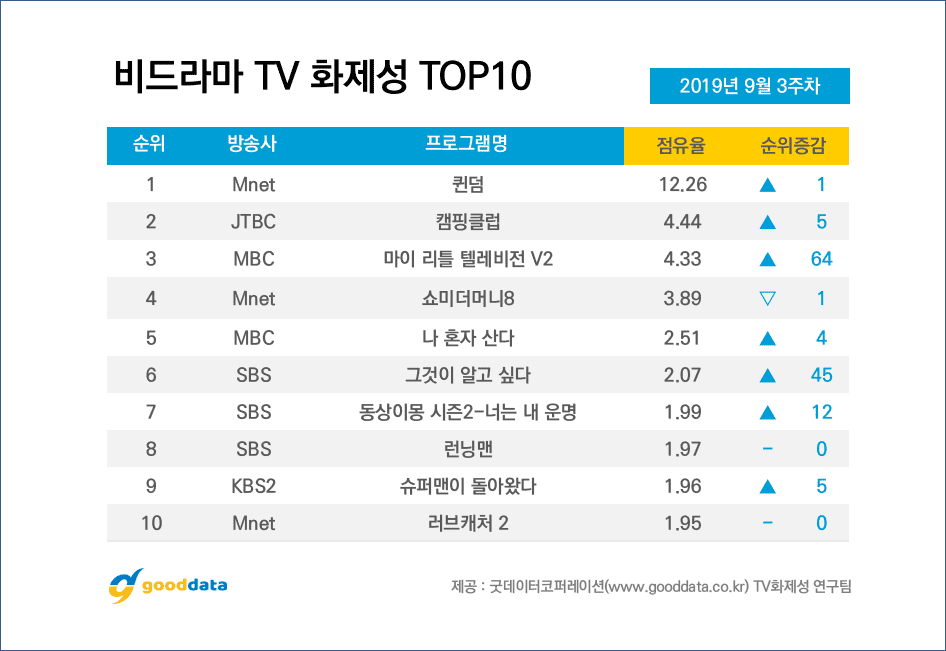 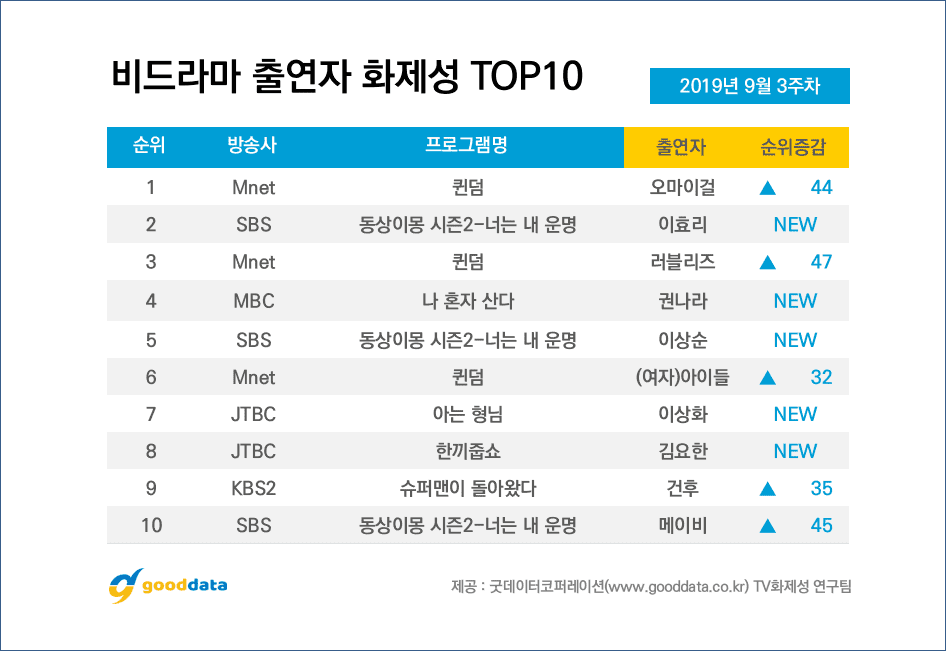