During the September 25 broadcast of the MBC Standard FM radio show, the rookie group talked about their recent debut and fellow “Produce X 101” contestants.

Lee Tae Seung first expressed, “When we go to music shows, we’re bewildered and not used to the cameras yet, but we’re slowly growing together. [Making] the most important facial expression is still awkward for me.”

Lee Jin Woo mentioned the group’s appearance on Mnet’s “Produce X 101,” saying, “Because we were together for the first ‘Produce X 101’ evaluation, I did think that the three of us would end up debuting together.” He continued, “X1’s Kim Woo Seok and VICTON’s Choi Byung Chan congratulated me on my debut and asked to meet up on my birthday, but I was with my parents [that day] so I couldn’t meet them, unfortunately.” 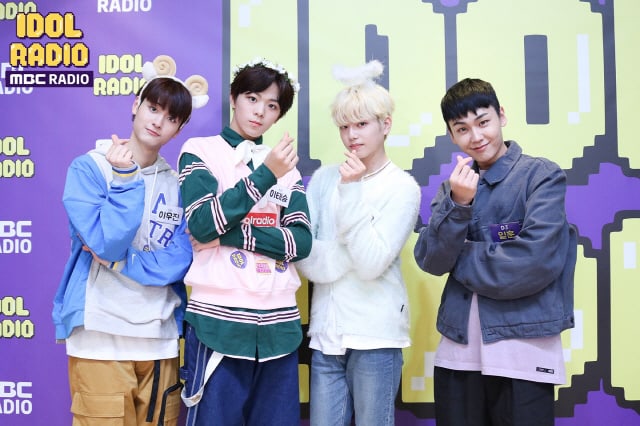 The group later showed off their skills as they danced to their own track “Be My Girl” and performed dance covers of SHINee’s “Replay” and the “Produce X 101” theme song “X1-MA.” They also sang SEVENTEEN’s “Clap,” Taeyang’s “Only Look At Me,” NCT U’s “BOSS,” and more during a song cover segment.

Lee Woo Jin finally thanked fans for always supporting them and promised to work hard as a member of TEEN TEEN.

Lee Jin Woo, Lee Tae Seung, and Lee Woo Jin made their unit debut as TEEN TEEN on September 18. Check out the music video for their title track “It’s On You” here!